What does it mean to be a man in New Zealand? It's a heady topic to unpack. Perhaps most popularly, the idea of being a man is linked to a fascination with rugby.

Not far behind are the more traditional measures of manhood associated with consumption and hetero status. For example, narratives featuring heroic meat-eating and beer-guzzling characters – that black singlet figure whose occupation begins and ends with slinging back VB’s and pig hunting (maybe something of an anachronism these days).

Growing up, these faintly-grasped, classical ideas of manhood seemed blatantly entrenched in nationhood. Being so young (and seminally camp) I couldn’t quite understand their objective value or appeal. However, I did get that failing to subscribe to them meant falling short of the overarching ideal of a Kiwi male.

Even in later years, as an unequivocally out gay man, I found this patriotic conundrum of Kiwi masculinity equal parts alienating and fascinating.

That tough, unflappable rural personality is a Muldoon-era relic which survives as a prideful nostalgia despite research showing the prevalence of depression and suicide amongst our men.

It also persists in varying degrees, not just in the provinces but in places we might otherwise flag as having more contemporary (or urban) notions of manhood - even if it’s camouflaged between Bunnings and a micro-brewery serving florid craft-experiments. 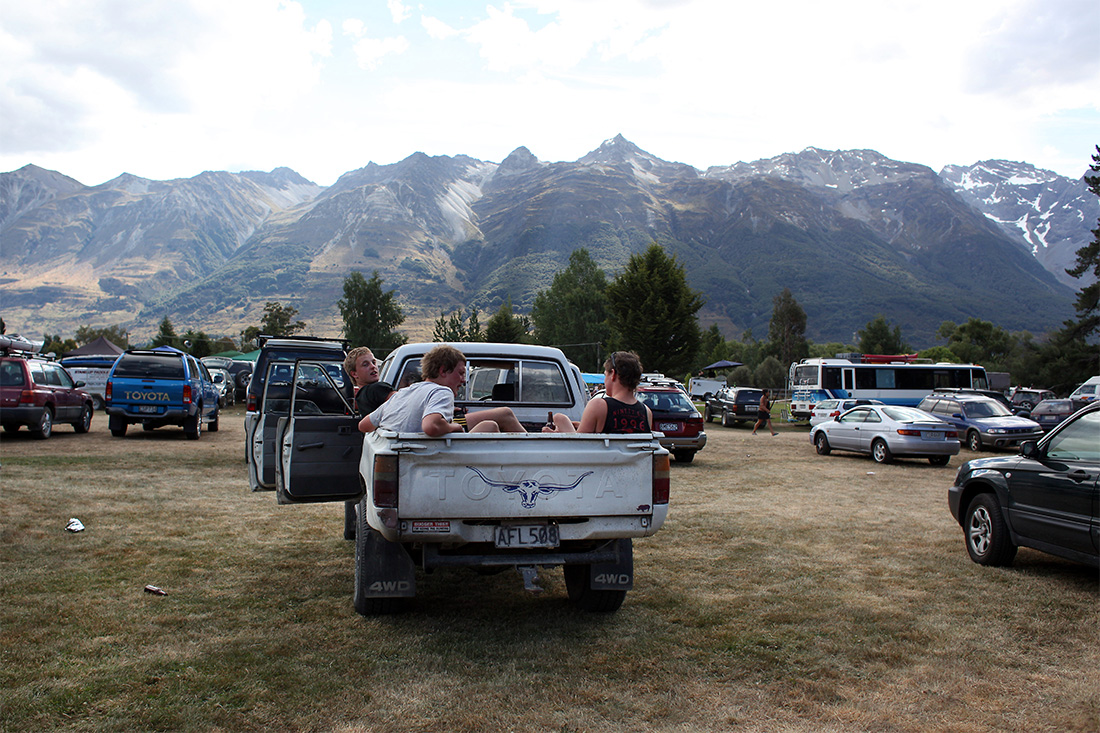 If anything, the futility of gaining membership to that plaid-clad, gum booted club for myself (if only because I wouldn’t know where to start milking a cow) has made me curiouser.

As a kid, I distinctly remember beer ads - specifically with the Speight’s Southern Man - being among the strongest proponents of this brand of masculinity.

In these ads, the aforementioned Southern Man appears saying very little. He is portrayed as romantically dishevelled and stoic; a rural character at home in the remote but beautiful mainland countryside.

In later years, Speights adds a new layer to this persona. One ad, circa 2005, features him shaming a fellow male wayfarer for having a cell phone (not exactly a recent ad, but recent enough that this little homo remembers it; such is the power of media). The interaction appears to imply a ‘real man’ could function without the technology, that somehow it’s an unacceptably feminine sophistication. Breaking it down, the phone is represented as a masculine faux-pas because it’s a tool for communication. Possessing one contradicts the idea that a real man has any need for meaningful communication. Afterall, he is wholly self-sustaining.

From this, it’s no stretch to say the uniquely New Zealand flavour of masculinity is conservative. A harmful characteristic that encourages us to cling to outdated values despite the ever-changing conditions of the world we live in.

As if to say masculinity is elementally beyond time’s march. That it’s somehow of the earth (Tourism NZ’s %100 PURE campaign anyone?), a leftover from a (fictitious) golden age.

When, if we know anything now, it’s that all gender performance is culturally relative, the cumulative effects of material circumstance and ideology. Contrary to what the Southern Man was selling, masculinity is no immovable mountain.

This relationship between a conservative approach and masculinity makes me think of Jane Ward, whose book Not Gay; Sex Between Straight White Men covers, among other things, all the vulnerabilities (and irrationalities) papered over by the American and European equivalents of Southern Man styled macho-manliness.

As the title suggests, the book also sees Ward explore the strange habits and mental-gymnastics which belong to the masculine performance of white men, spotlighting some surprising (if disheartening) quirks of white maleness that I’ll discuss below.

For the most part, she focuses on men who identify as straight and have sex with other ‘straight’ men. Miraculously, they don't see this as a breach of their heterosexual identities, even though both their heterosexuality and masculinity rely on a careful disavowal of anything ‘too queer’ (I’ll get to that soon). Instead, their sense of being straight and masculine men is rooted in power. Rather than the outward performance of masculinity (though behaviours and consumption habits are still important), they focus on proximity to a power source, which even more horrifyingly is decidedly white. And it’s about here that Humanism comes in.

If you haven’t heard of it, humanism is this idea started all the way back in pre-Enlightenment times that the ultimate human subject is a bearded jacked white guy, as typically demonstrated in Leonardo Da Vinci’s Vitruvian Man (that famous sketch on old-timey paper of a naked star fished male, who not accidentally resembles Christ).

If you’re starting to wonder if there’s a relationship between humanism, patriarchy, and masculinity, then let me confirm; the Humanist Ideal is definitely the core edict for what we’ve come to know as patriarchal society. That is a society (like ours) which is biased towards men in a structural and often invisible way.

Recent decades have seen collective revision across disciplines towards removing some of these biases. But the mark of history and its conditions run deep. To this day, there is still work to be done. For whatever reason, the assertion of men enclosing themselves in all the privileges of this masculine-humanist ideal has required them to staunchly police what they are from what they are not (women, queers etc).

According to Ward herself, the privilege of unquestioned masculinity is an island (see Southern Man’s contempt for phones, symbolic of his masculine self-sufficiency and disdain of ‘effeminate’ sociality). And as islands go, it’s a particularly lonely one. 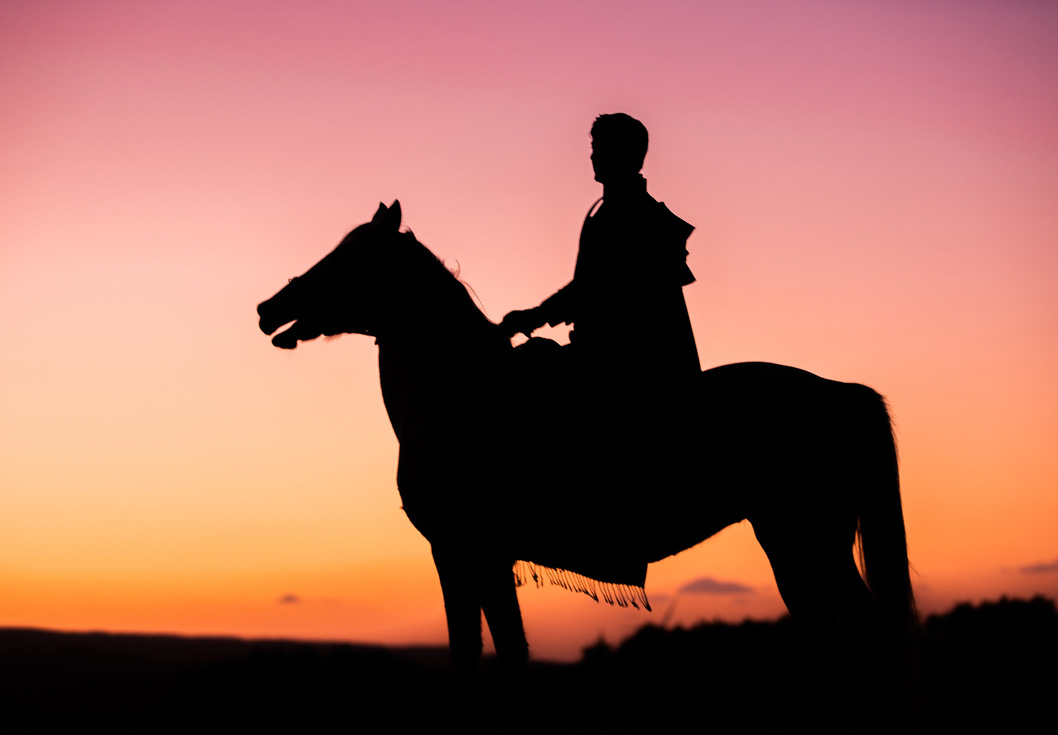 For the unfamiliar, hazing refers to any ritualised initiation into a fraternity or all-male (and usually all-white) elite social club. Hazing rituals generally involve some diluted form of male-to-male sexual contact, disguised as a challenge or dare so that enjoyment is camouflaged as a test of strength.

This ironically and oh-so-cleverly places homosexual contact in a framework that actually boosts masculine status. Anywhere else it would be a swift detractor. Extending this logic, Ward also found a series of Craigslist ads which - far from being exceptional - were so numerous they practically constituted a generic fetish. The ads were pitched by straight guys looking to masturbate in the presence of other straight guys, with the heterosexuality of these J. O. (Jack Off) partners almost comically stressed in each bio. Significantly, none of these ads (and I mean none) were looking for anything other than white bodies, expressly requesting Caucasian counterparts for their mutual activities. It was like the presence of a raced body might break the spell that between them nothing gay was happening.

Being ‘queer’ then (by the measure of Ward’s subjects anyway) rests not on orientation but on performance, affect, costuming and - at risk of sounding repetitive - race. It’s what Ward defines as the hierarchical racializing of masculinity. As it goes, being manly depends solely on measurable proximity to white maleness.

Essentially, a raced body, even if it’s cut like a Herculean god, still has more to prove in the theatres of the masculine than a white body.

Enter sport and the cultish following of rugby in New Zealand. If anything has compounded all the ideal attributes of a New Zealand man (strength, stamina, a proclivity for muck), it’s rugby. It has built him up from the guilt and confusion of colonial-identity and helped reify a gendered status quo.

A status quo which I personally feel we are on the cusp of doing away with altogether.

Less hopeful is the racialising of masculinity in rugby. In their aptly titled essay Once Were Warriors, Now Are Rugby Players?, Dominica Gisella Calabro details how Māori bodies, and Polynesian bodies generally, have been recast from their colonial exclusions (which popularly rendered them in ‘ghettos’ like South Auckland or tribal mystique outside the city) into warrior-style figures (if you can spin a taiaha you can pass a ball). 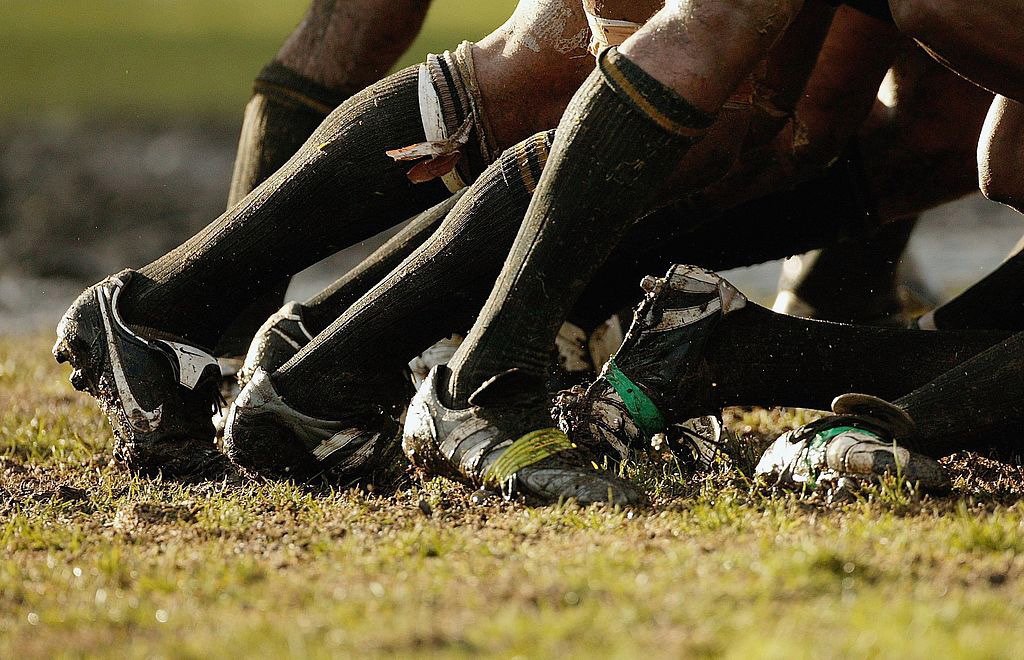 I’d add another layer to it – a type of throwback to Roman gladiator traditions. Much like gladiators of old, the Māori rugby player today is scouted as a youth from the impoverished locales of the working-poor, is trained and hardened, put through rigorous trials until his rich benefactors (rugby’s old guard, generally Caucasian being a British import) believe he is ready to represent them in battle.

Yes, condemning some of the racial biases of recruiting practices in rugby is a double-edged sword. It could be argued that for many young Māori the opportunity to become a professional athlete and significantly change their circumstances is an objectively good thing, regardless of the loud requirement to perform their indigenous identities along the way (the Haka anyone?).

However, Calabro details how one of the first settler incentives for introducing rugby to the ‘natives’ was to divert some of their allegedly inherent violence and savagery into a more constructive pastime. Apparently, any pastime that didn’t involve Maori warring for their land back (unlawfully acquired by the Crown) was deemed constructive.

Despite this history, for much of New Zealand rugby marries ideas of masculinity and ethnicity - perhaps most obviously in the haka where an overt link is made between a Māori warrior-code and athleticism/sporting.

One of Ward’s speculations is that inside the masculine role there’s so much loneliness. It prohibits the kinds of homosocial intimacies which women are allowed without being immediately labelled queer or gay. She goes on to unpack how this difference in society’s treatment of male and female intimacies exemplifies how we view male and female sexuality. With male sexuality, there’s a rigidness and impenetrability, while female sexuality is pitted as inherently fluid and porous. As if to say all women are secretly bisexual, but if a man exhibits bisexual tendencies (which apparently includes having passionate friendships we don’t think twice about women having) then he was gay all along.

These different incarnations of masculinity police who makes it as a ‘real man’ and the behaviours we reward and shame.

So, is it any wonder that men would attempt such mental gymnastics inside all the privileges that masculinity affords, dressing up their very normal desires for even friendly physical proximity with other men in the banalities of hazing and sporting, just so they might satisfy this craving without bringing down undue condemnation?

It is a wonder though that we’ve come so far without addressing this wounding which doesn’t just read bad for men, but for all of us. When a certain sector of society is behaviourally programmed to exhibit invulnerability, while also taught to valorise violence through a sporting culture coded with vaguely ethnic war-speak, you naturally get a whole bunch of neuroses. Neuroses which continue to affect wider society in nefarious and frequently unquantifiable ways (being in that nuanced realm of identity and gender).

To undo that, we could probably start by letting guys hug each other without putting their sexualities under a lens.

This piece is part of One For The Boys - a documentary, article and photo series about masculinity in Aotearoa today. We look at what it means to be a man, and how and why that’s changing. See here for more from One For The Boys.