The Counter-Terrorism legislation bill, which also expands police powers to conduct warrantless searches for counter-terrorism activities, has passed its final reading today with overwhelming support from Labour and National.

The Greens, Act and Te Pāti Māori opposed it - all concerned at the speed with which the bill passed after being introduced to parliament in April.

The new laws will implement a range of changes, including an expansion of what can be considered a terrorist activity. The new definition describes it as an act carried out for “one or more purposes” that advance an ideological, political or religious cause to intimidate a population or coerce a government or international organisation to do or abstain from something.

This is more in line with Australia, the UK and Canada.

The new laws also make it an explicit offence to plan and prepare for a terror attack, with a maximum punishment of up to seven years in prison.

Travelling overseas with the intention of engaging in a terrorist attack will also be a new offence, as well as undertaking weapons and combat training for terrorism.

Police will also be able to use their warrantless powers of entry, search and surveillance in these situations to prevent a terrorist act.

Throughout the parliamentary process, Te Pati Māori, the Greens and the ACT party have criticised the bill as rushed. Te Pāti Māori and the Greens also highlighted the 2007 Tūhoe raids - where police raided homes of hundreds they believed to be involved in paramilitary training. Police’s actions were found to be unlawful and prosecutions failed.

“I am concerned of the balance of keeping people safe while also making sure we uphold human rights,” Green Party MP Teanau Tuiono previously said.

"That balance takes time in order to make sure by mistake we don't target the wrong communities.”

"We've seen this before... in 2017 we saw the Te Urewera raids where they raided our whānau. They also raided social justice activists, environmental activists. We had not considered the implications of taking something that was happening internationally, in the domestic context,” Tuiono said.

“Care must be taken when we start to trade off the provisions intended to increase security of the public against the freedoms and rights of the very people we are trying to progress."

Despite this, the Government believed the bill’s relatively short time frame was justified. It also promised to make it law in the aftermath of the Auckland supermarket terror attack on September 3.

“Across the world there are more lone actors, rather than larger organised groups, as we saw with the March 15 attack on mosques in Christchurch two years ago, and the attack on shoppers in a West Auckland supermarket earlier this month.

“[The changes] mean we have the tools we need so we can act early to prevent, respond to, and disrupt terrorist activity.”

Changes under the bill are due to become law from October 4. 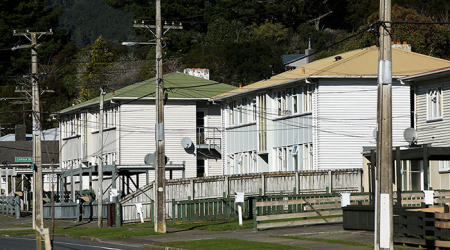