"What happened today was despicable. It was hateful. It was wrong," Prime Minister Jacinda Ardern said.

"It was carried out by an individual - not a faith, not a culture, not an ethnicity – but an individual person who was gripped by ideology that is not supported here, by anyone, by any community.

"He alone carried the responsibility for these acts, let that be where the judgment falls," Jacinda Ardern said.

She said at 2.40pm "a violent extremist undertook a terrorist attack on innocent New Zealanders at the New Lynn Countdown in Auckland".

"This was a violent attack, it was senseless and I'm so sorry it happened," Ardern said.

She said the attack was undertaken by an individual who was a known threat.

She was confident he was alone.

"The individual was under constant monitoring."

She added that police surveillance and special monitoring shot and killed him within 60 seconds of the attack beginning.

Police Commissioner Andrew Coster said the man was under constant surveillance due to concerns about his ideology.

He travelled from his home in Glen Eden to the Countdown in New Lynn.

The man entered the store and obtained a knife from within the store.

Two police tactical operations engaged with the man, Coster said. The man approached them with the knife and he was shot and killed.

"The staff intervened as quickly as they could and they prevented further injury in what was a terrifying situation," Coster said.

Ardern said the terrorist was a Sri Lankan national who arrived in New Zealand in October 2011.

"He became a person of national security interest from 2016."

Coster said the man was "very surveillance conscious" and the police team was "as close as they possibly could be without compromising the surveillance operation".

Ardern said there was nothing they were aware of to currently indicate that "what he was going to do today, was going to happen today".

"Because he was being closely followed and watched, (the police and operations team) were there in the vicinity, in the supermarket at the time this occurred."

Ardern said she was seeking advice around releasing more information that is currently suppressed.

Six people - three of whom are in a critical condition - have since been transported to Auckland City, Waitākere and Middlemore Hospitals. 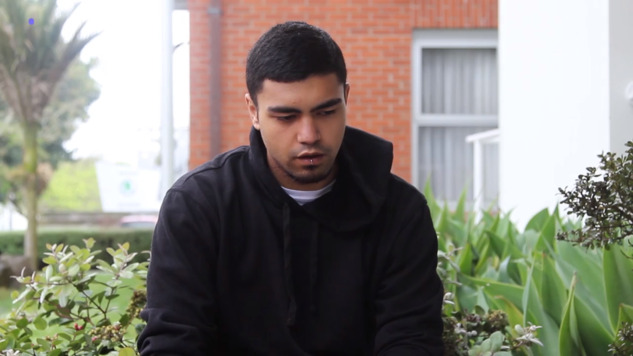