Re: wanted to know what the biggest misconceptions around polyamory are, what it’s like being in a polyamorous relationship and how people cope with jealousy.

When Amelia Leath, Jarrad Amanono, and K* sleep together, they lie diagonally on a queen-size bed.

“But we've taken measurements and one day we’ll upgrade to a king or a California king bed,” she laughs.

Amelia, Jarrad, and K are in a closed triad relationship. This means all three of them are romantically involved but they are exclusive to each other.

Triads are one of several relationship structures that sit under the umbrella of polyamory.

Polyamory is the practice or desire for wanting intimate or romantic relationships with more than one partner at the same time.

Amelia, 27, identifies as “bisexual trisexual” and says she saw herself ending up in a triad relationship ever since she was 11.

“I don’t think I would ever be happy for a long period of time in other styles of relationships,” the pastry chef says.

“Long before I knew what words to use, I knew the traditional monogamy kind of thing wasn't going to be for me.” 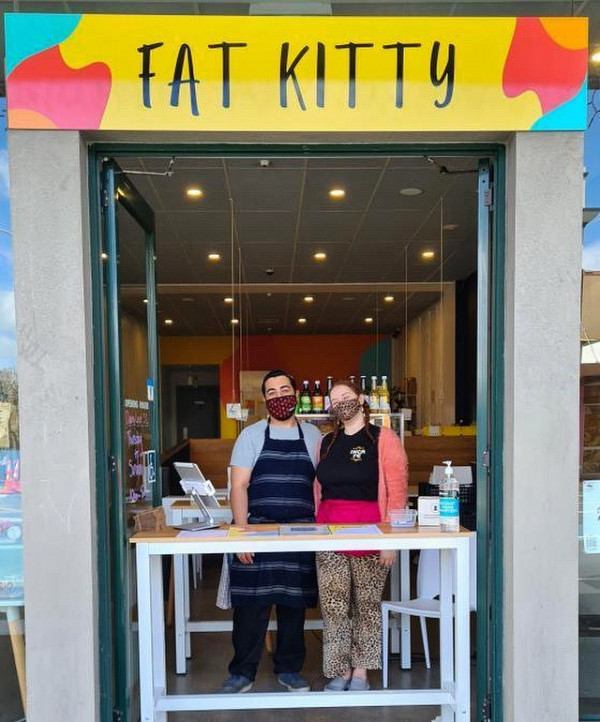 Her 26-year-old partner, Jarrad, is also a chef and works in their cafe, Fat Kitty, on Dominion Rd in Tāmaki Makaurau.

After dating each other and others as a polyamorous couple for a year and a half, they met K.

K asked to be anonymous for privacy reasons and Jarrad was too shy to speak with Re: on the phone.

But both were comfortable with Amelia talking about their relationship.

“If you think about monogamous relationships, what breaks people up? Someone wants kids or you are going in different directions,” she says.

“So with a triad, there are even more people, so even more variables.”

Within the polyamorous community, Amelia says triads can receive hate because in many cases, triads are formed in unethical and fantasy-fulfilling ways.

This is often referred to as ‘unicorn hunting’ where a heterosexual couple seeks to find a bisexual woman to exclusively join their relationship to spice up their sex lives.

‘Unicorn hunting’ is gaining popularity but within the polyamorous community, it can be seen as cliche, restrictive and contributing to the festishisation of queer women.

Amelia says there is an ethical way to date in a triad but it involves a lot of self-work, time scheduling and a buttload of checking in.

Scheduling in ‘My Honeys’

“Our group chat is called ‘My Honeys’,” Amelia says.

“That’s how we keep track of our sleepovers and dates. Our aim is to have one group night every week.”

During lockdown, Amelia, Jarrad, and K all lived together — but now that life is somewhat back to normal, K has moved back to her place.

“Either Jarrad and I each get to spend a night with K a week or just one of us if that's all we can fit in. And we'll sort of alternate differently each week. There’s quite a bit of rostering involved,” she laughs.

When the concept of polyamory is brought up among people who are monogamous, the first thing people often say is they couldn’t do it — they’d get too jealous.

Whether it’s from romantic comedies, past trauma of being betrayed or just the constant societal conditioning that ‘there can only be the one’ — humans have been taught that jealousy is an uncomfortable feeling we should squash or just avoid altogether.

So it makes sense that to avoid this feeling, people set rules in their relationships to protect themselves from it.

“I think being in a monogamous relationship appeals so much to a lot of people because it's less confronting,” Amelia says.

“You don't have to face all of your insecurities and jealousy anywhere near as much.

“In my experience with polyamorous relationships, you learn to be upfront with your vulnerabilities and boundaries from the very start, because if you don’t, how do you know if it’s a good fit?”

Amelia says people in polyamorous relationships aren’t immune to feeling jealous but over time, she has learnt to see jealousy as a name for a range of emotions.

“So instead of running from it, it’s about working out what you’re really feeling, why that is and what you need,” she says. 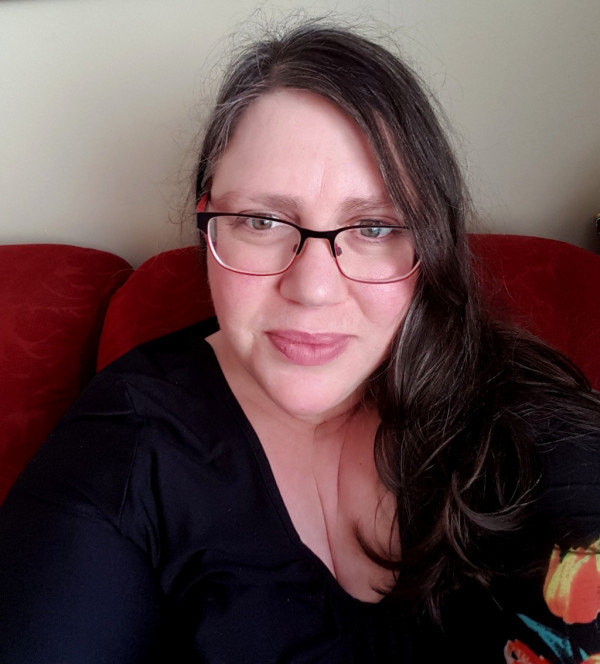 Dee agrees with Amelia that jealousy is a “secondary emotion” and is usually an indicator there's a primary emotion underneath which is driving it.

“With jealousy, it’s often a feeling of insecurity or anxiety, so it’s having that awareness to say ‘hmm, why am I feeling insecure? What do I need?’”

“When you are put in scenarios that test these emotions more often, you become pretty good at knowing what’s really underneath this feeling and how to communicate it, instead of just suppressing it,” Dee says.

Amelia says reassuring words or check-in messages from her partners while they're on a date are things that help her cope with feelings of jealousy.

“It's going to feel uncomfortable to start. You're sitting at home knowing two people that you love are out with each other and you're not there.

“But we have the ability to retrain our nervous systems. And eventually, it gets a bit easier and then you can really enjoy your time when you're alone. It’s about practice.”

Thomas Le Bas, 33, and his partner, Ellie Stringer, 29, are in a long-distance, polyamorous relationship. 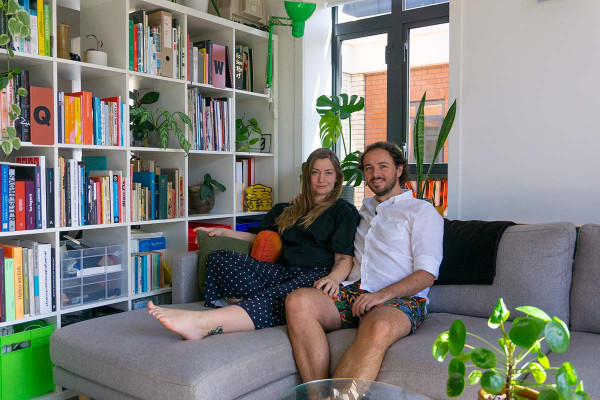 Thomas lives in Tāmaki Makaurau and works as a design manager for a commerce company, while Ellie works in the health sector in Whangārei.

Both of them have separate long and short-term relationships outside of their relationship.

“Having other partners doesn't take away from how we feel about each other,” Ellie says.

“Why wouldn’t you want to have multiple partners like having multiple friends?”

Through learning more about polyamory, Thomas says he came across the concept of ‘relationship anarchy’.

Relationship Anarchy is where you deconstruct all of the needs and wants of a relationship — whether it’s emotional support, financial support, companionship, sex, friendship or romance — and recognise that not all of those needs have to come from one person.

“But realising that we can actually find separate needs from multiple romantic or intimate relationships helps to relieve that pressure.

“That’s like with me and Ellie. We fulfil each other in many ways but there are other needs other people can fulfil too.”

Ellie says “that doesn't mean that you are any less or I am any less”.

“Or the love that we have isn’t complete and fun and healthy and happy.”

“Love is an infinite resource — maybe that is something we forget.”

The biggest misconceptions about polyamory

Polyamory or non-monogamous relationships all sound pretty great when it's put this way but the polyamorous community faces its fair share of misrepresentation and misunderstanding.

Amelia, Dee, Thomas and Ellie all say one of the biggest misconceptions is how polyamorous people must be sex addicts.

“I mean, for people with high sex drives, having more than one partner can definitely be beneficial but asexual people can be polyamorous too. And more emotional and romantic people can be drawn to polyamory, so sometimes sex isn’t the centre of it at all.”

Amelia says another big misconception with polyamory is that it can’t possibly be long term and instead, it’s seen as an “experiment” to spice up your sex life.

“That’s why when I used to meet couples, one of the first things that I would ask them was, ‘could you ever see yourself telling your parents you are polyamorous?’

“That gave me quite a good read as to whether they were actually open to something serious and long term or just looking for something fun and temporary.”

“You definitely have to learn to find ways to protect yourself,” she says.

Advice from polyamorous people for the curious

Dee says the number of non-monogamous relationships are on the rise.

“A lot of teens are aware of it now,” she says.

“Young people might not want to settle down, so more are saying ‘I want to try dating you and you and see what happens’.”

“More often than not, you’ll get people exploring multiple dating and actually being open.”

“So it’s pretty cool that it is starting to filter through,” she says.

But that doesn’t mean polyamory is for everyone.

Amelia says if people have relationship problems they are ignoring in their initial two-person relationship, adding another person into the mix will only bring these issues to the surface.

“You also have to be prepared you could lose your relationship if you pursue this. You have to accept that,” she says.

“But more than anything, it’s important to learn how to be open and honest. Rather than letting a thought go around and around in your head, you need to do the scary thing and talk about it. Don’t let it fester.”

*not their real name

Aucklanders bought more sex toys than any other region this year