Local music can be underappreciated in Aotearoa. But with international music stars largely barred from entering our country at the moment, there’s no better time for learning more about the talent in our own neighbourhoods. And there’s nothing like the fulfilment and joy you get from seeing your own world reflected in the music you listen to.

This is a list of our favourite songs by artists in Aotearoa, but really, these songs would belong on a global list of favourites as well. Happy listening.

‘CT&T’ is specific, personal and honest. Diggy Dupé shares snippets of what gambling addiction looks like in his family, and what it looks like for the people profiting off that addiction. The small piece of imagery in the chorus - a “cuppa tea and toast” for dinner in the winter time - illustrates low-income living in Aotearoa in a visceral way that statistics and news reports can’t quite reach.

Read our interview with Diggy on ‘Keke Boy’, another excellent track from his debut album That’s Me, That’s Team.

‘Remember Me’ was released around the same time as ‘Back to the Streets’, a poppy RnB track by the American artist Saweetie, featuring Jhené Aiko. Both are post-breakup songs, but while Saweetie’s track is full of bravado (her ex “was just a lease”), TEEKS’ song is for belting along to when you’re ready to strip back that bravado. In TEEKS’ own words, “I don’t care about my pride.”

Watch TEEKS reflect on being Māori in a mostly Pākehā music industry.

So much of rap hinges on charisma, and Hans. is ineffably cool. He’s an understated Korean-Kiwi dude from the suburbs who likes Manchester United, and he doesn’t pretend any different. ‘Getby’, featuring the buttery vocals of Yery Cho from Imugi 이무기, provides a blissful soundtrack for your lazy summer hangs with friends.

Read about ‘Getby’ and its music video that cost $5 to make.

‘Jump Rope Gazers’ feels like having a crush on someone in intermediate school in the sense that it’s full of earnest emotion, and the guitar riff has the same vibe as in songs like ‘I Don’t Love You’ by My Chemical Romance, which I listened to a lot when I was 12. While the chorus is a straight-up euphoric declaration of love, songwriter and singer Elizabeth Stokes still throws in a wry line at the beginning: “If I don’t see your face tonight / I… well I guess I’ll be fine”.

Read our interview with The Beths.

A song for when you want to party, but also reflect on systemic oppression at the same time. ‘Ohnine’ hooks you in with a hypnotic beat and exuberant shout-outs to all parts of the 09 (the area code for Tāmaki Makaurau) - even the north side. Then halfway through, Church & AP turn the second verse into an unsettling dialogue with a police officer after getting pulled over on Great South Road. The recurring call and response in the song goes “How you feelin’ AK? / All safe!” By the end of the song, you’re reminded that’s not quite true for everybody.

Paige wrote ‘Waves’ in 2017, inspired by romantic feelings she’d had towards a girl at school. She let the song sit for three years in order to get it just right. The result is a finely calibrated pop song. When Paige sings the hook in her soft, clear voice, it’s inevitable for those waves of feeling she’s singing about to wash over you as well.

Read our interview with Paige about her EP Always Growing.

Te Kaahu is the reo Māori project of Em Walker, who’s also known as alt-pop artist Theia. And ‘E Taku Huia Kaimanawa’ is her first waiata as Te Kaahu. Walker renders her love and grief for her kui through lyrics that harness the poetry of traditional reo Māori. The waiata also places her stunning vocals at centre stage, which might not get the attention they deserve when you’re dazzled by the production of her pop bangers as Theia.

Watch Theia give her thrifting tips and share how te reo enriches her music writing.

Read our interview with Merk about ‘H.N.Y.B’ 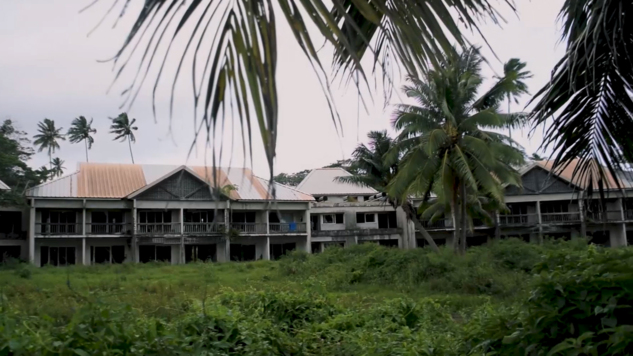