Singer-songwriter Paige Tapara is releasing her EP Always Growing on Friday, as well as a music video for her single ‘Waves’ (which you get to watch in an exclusive preview here now).

We chat with the 23-year-old - whose music has been shared by Billie Eilish and Lizzo - about airing out her struggles through music and why South Auckland will always be home.

One of Paige’s recent Instagram posts features a mirror selfie at Krispy Kreme Manukau and a remake of the transcendent sequence of angry, clenched-fist dancing in a golf course that is ‘Bet On It’ from High School Musical 2.

It’s a window into some key facts about Paige. One, she’s got big unabashed fangirl energy. During our conversation, she gushes over Disney Channel, Hayley Kiyoko, Carly Rae Jepsen, Kehlani, Taylor Swift... and gives a shoutout to Kristen Stewart for aiding her in her gay awakening.

Two, she’s got big love for Krispy Kreme where she works in addition to her music career, and where she had the privilege of serving New Zealand’s first ever Krispy Kreme customer. But more importantly, she loves the area of Auckland that Krispy Kreme resides in. 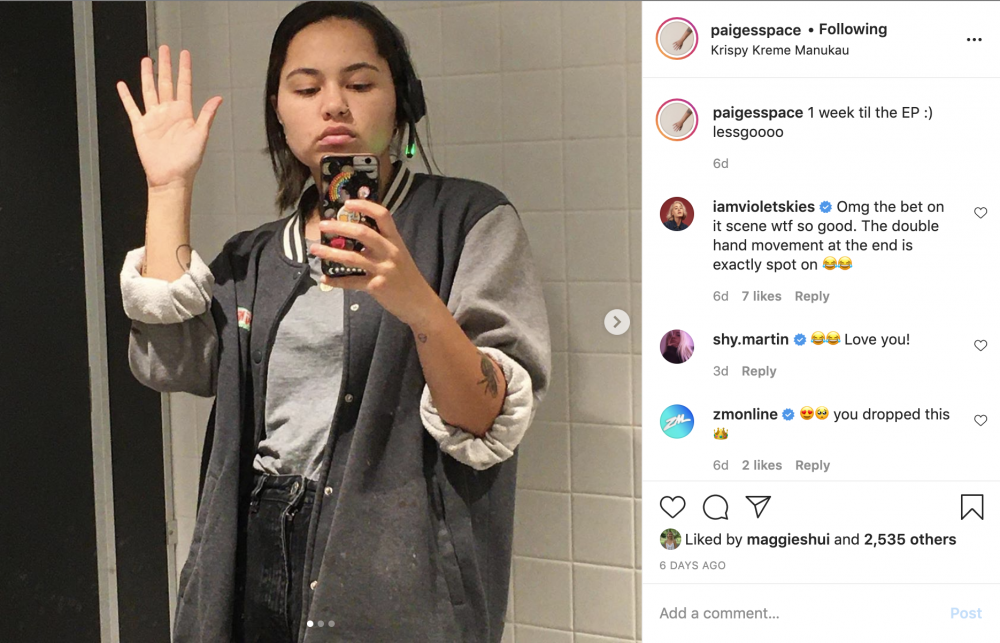 “The main reason why I love working at Krispy Kreme and why I'm still there is because it's in South Auckland. I'm from South Auckland, and I work with Māori, Polynesian, Indian, Asian people and I love that. When I come in to do music, it's white… Whenever I come into a label setting or media setting, everyone's from the same place. Kingsland, Morningside, the North Shore, Mount Albert. But I feel like my roots are in South Auckland, I like it there.”

Paige, who is Ngāti Maniapoto and Ngāti Tūwharetoa, says South Auckland is home because that’s where she can be around people she relates to the most, and feel looked after. “[They] have good hospitality, they make you feel nurtured... And for me, I need that.”

In the music video to ‘Waves’, Paige uses magical powers to take her classmate/love interest out of maths class and into a dream sequence of endless cute date activities. “It’s sort of a dream realm into the night of what it would be like if we could be together,” says Paige. They dine, they go thrift shopping, they go to the arcade and they get tattoos. It’s very romantic.

There’s one scene, however, that feels especially homey and familiar, although more understated than the other activities. Paige and her love interest are parked up at the waterfront, sipping on drinks they probably got from a drive thru. It’s night time and it’s been raining; beads of water on the car windows catch the light. The scene lasts just a few seconds but it’s instantly recognisable.

Sitting in a car at night with your friend/crush/partner consuming fast food is a rite of passage. If you’re fancy you can go somewhere with a sea vista or city lights. If you can’t be bothered driving a bit further or your soft serve is melting, you can settle for any car park. I was recently introduced to White Wall - a white wall at my local Macca’s car park that you can position your car to face, where I’m told many a late-night, soul-bearing conversation has been held.

That scene in the ‘Waves’ music video transported me to the familiar, cosy and intimate feeling of those moments. Paige says she made sure to include it “because that's what I do all the time. That's the main thing I do with my friends is sit in my car and go to McDonald's, and then sit by the water.”

Familiar, cosy and intimate is how Paige’s music can feel with her direct, confessional voice. In ‘Waves’, she sings, “These feelings come in waves / I know I’ve got some things I need to change / To be better”. In one affecting and satisfying pop hook she communicates the neuroses of being young and a bit unsatisfied with yourself, all while grappling with new feelings that you’re not sure how to deal with. For Paige, the feelings that inspired the song - which was written in 2017 and worked on ever since to give it the time and production it deserved - were towards a girl at school.

“I felt like I was fighting with myself a lot,” says Paige, reflecting on that time in her adolescence. “I would have thoughts pop into my head about this girl and the fact that I like girls, and I would just have this other thing in my head that would shut it out completely. And I’d get really frustrated with myself. That lasted a few years.”

Paige’s EP Always Growing is full of moments of self-reflection like this - and she’s not afraid to lay out her faults. In the stunning hook for ‘Waves’, she acknowledges she has things she needs to change. In the looming break-up song ‘Cold Blooded’, she knows the relationship has petered out, but she still entertains the idea that her partner can “Love me when I’m cold / When I’m cold blooded”.

Where pop music often tends to lean towards empowerment through talking yourself up, or just outright braggadocio, Paige’s lyrics give a sense of strength and confidence through acknowledging flaws.

Paige mentions a song by Kehlani called ‘Keep On’ where Kehlani confesses how, “she's the worst person ever and this person that she's in love with keeps taking her back... I thought that was cool because accountability is so important. It's something I want to get better at, and no one really talks about it. And I love when people do. There's a lot that I am ashamed of that I wanted to vent about in music.”

That said, she also knows when to stand up for herself. In the chorus of ‘Too Much to H8’, backed with some lighthearted guitars and finger snaps, she sings, “I know there’s just too much to hate about me.” It’s a downtrodden lyric at face value, and Paige says many have interpreted the song to be self-loathing, but the line is completely sarcastic.

The song was triggered by people who tried to pick her apart and tell her how to act. For example: “A girl that I dated got genuinely mad at me because I didn't want to get my nails done. And she said, ‘What's the point in having a girlfriend if she doesn't want to get her nails done?’ And I was just like, ‘What?!’ And I thought that was funny to write about because I wanted to be shady.”

Other lines in the song include, “You don’t own my soul” and “I don’t have to be made for you”. They’re incisive and compact lyrics that communicate obvious ideas, ready to be your next Instagram caption, and yet I can’t remember ever hearing them phrased like that. When I tell Paige this, she gushes that this is exactly how she feels when listening to the artists she loves.

“When I listen to Taylor Swift or Kehlani that's how I feel too. When they say something that's just small or obvious but they say it in such a big way.” 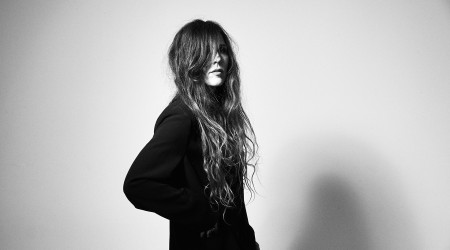 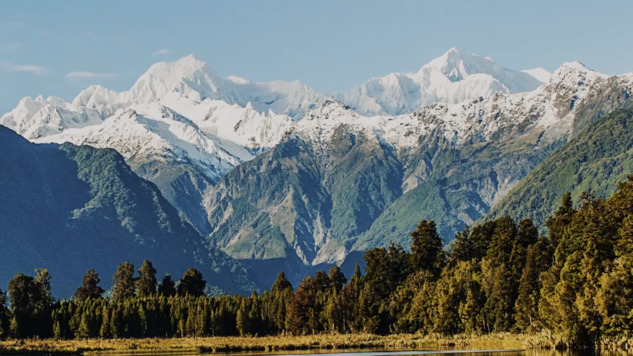