65% of New Zealanders voted yes in the euthanasia referendum. 53% voted no in the cannabis referendum.

The preliminary results for the euthanasia and cannabis referendums are in.

It’s a yes for the End of Life Choice Act, and a no for Cannabis Legalisation and Control.

These results include the ordinary and advance votes, but do not include special votes. The Electoral Commission estimates there are 480,000 special votes, around 17% of the total votes.

The full referendum results including the special votes will be released next Friday November 6th, as well as the full final results for the 2020 general election. 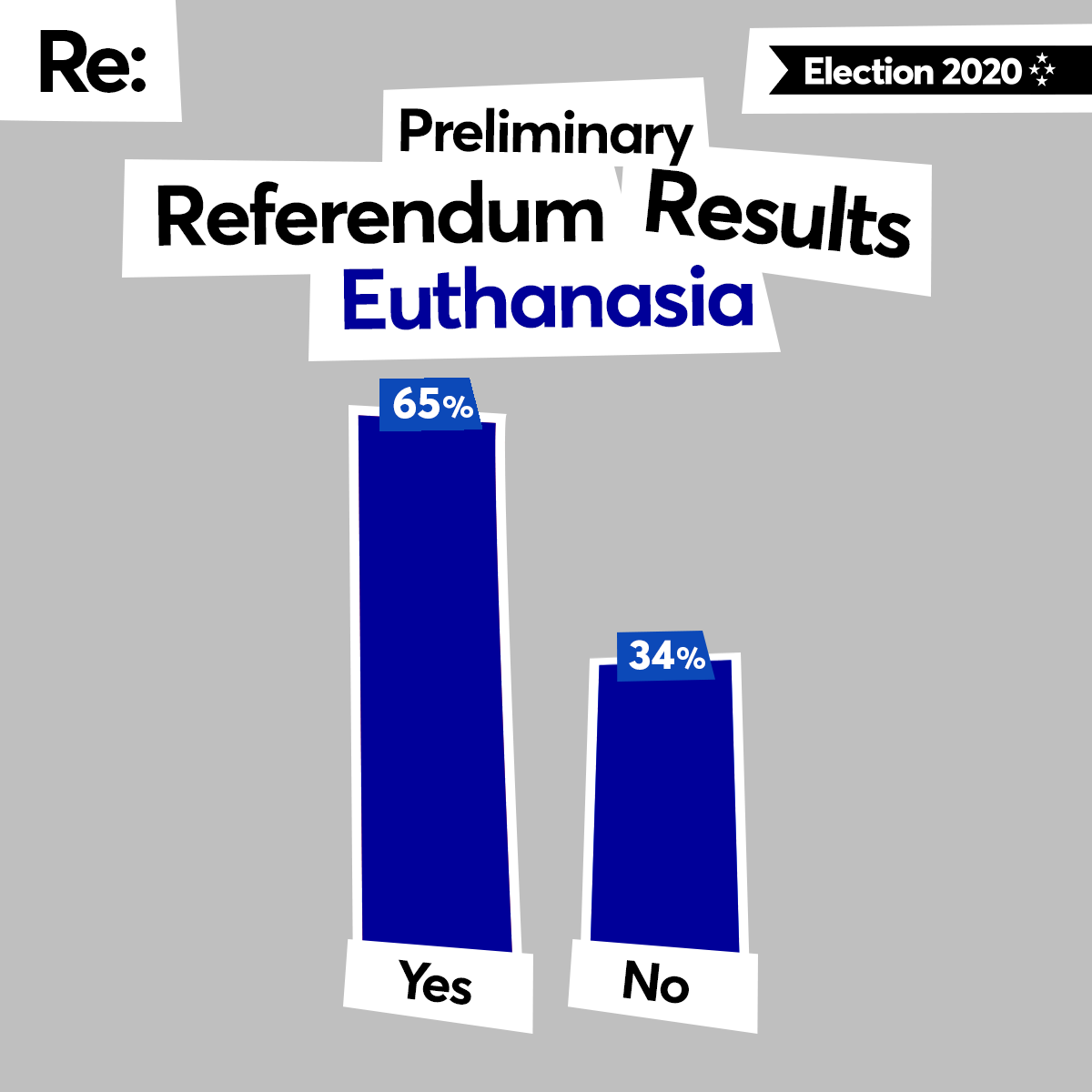 For the question Do you support the End of Life Choice Act 2019 coming into force?

If the special votes follow this pattern, then in 12 months’ time the End of Life Choice Act 2019 will come into law, making euthanasia legal in New Zealand.

The Act was passed by Parliament last year, but only comes into force if more than 50 percent of voters in the referendum voted yes.

It allows people who are terminally ill and likely to die within six months to request assisted dying.

You can read more about the details of the Act here. 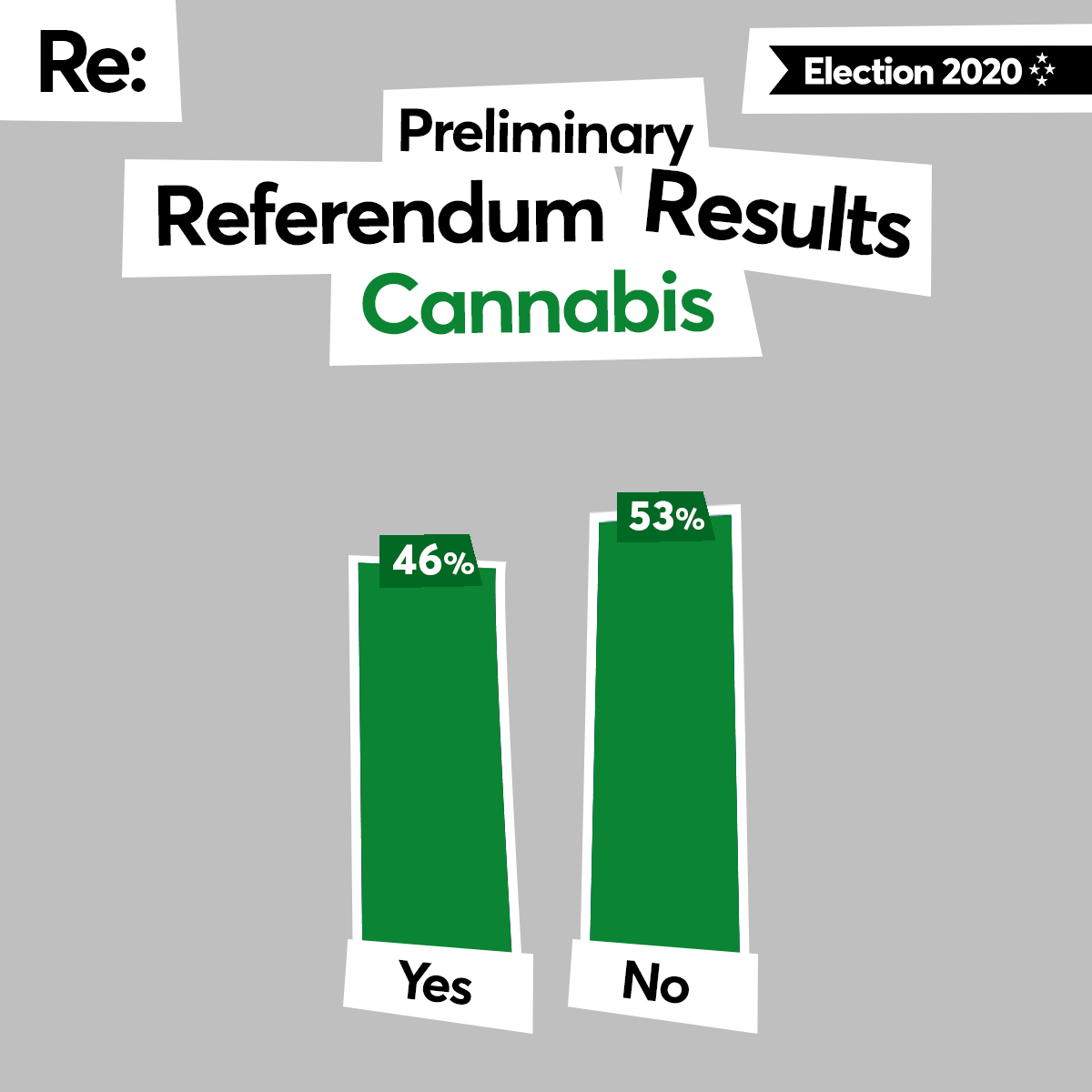 For the question Do you support the proposed Cannabis Legalisation and Control Bill?

If the special votes follow this pattern then it looks like recreational cannabis will not be legalised in New Zealand.

Unlike the end of life choice referendum, the cannabis referendum was not binding. This means the government is not required to act on the decision.

The Cannabis Legalisation and Control Bill proposed that people over the age of 20 would be able to:

You can read more about the details of the proposed cannabis legalisation bill here.

What are special votes and why have they not been counted yet?

Special votes are those made by people who can’t attend a voting place - usually because they live overseas.

People who aren’t printed on the electoral roll when they go to vote also make special votes. This can happen if someone wasn’t enrolled ahead of time.

In total around 2.9 million people voted in the referendums. 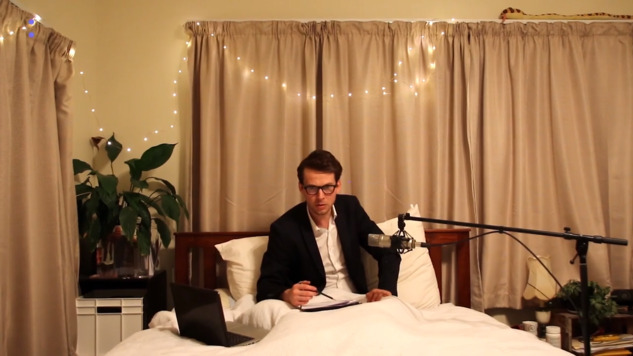 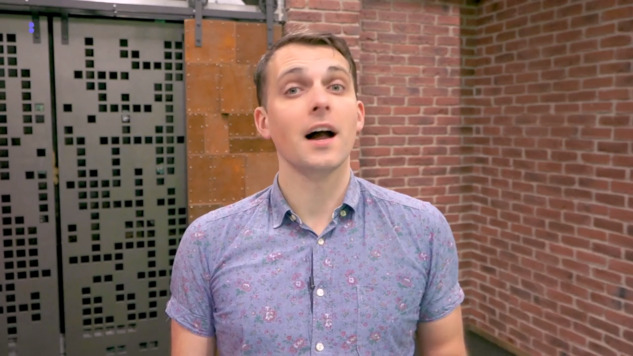