At this year’s election, as well as voting on who we want to be in government, we will also be asked this question: Do you support the proposed Cannabis Legalisation and Control Bill?

If more than 50% of voters say yes, weed could become legal in New Zealand.

Today, the government released the full details of the bill we will be voting on.

Here’s the details of what the Bill involves

It only deals with recreational cannabis, because medicinal cannabis is already legal. 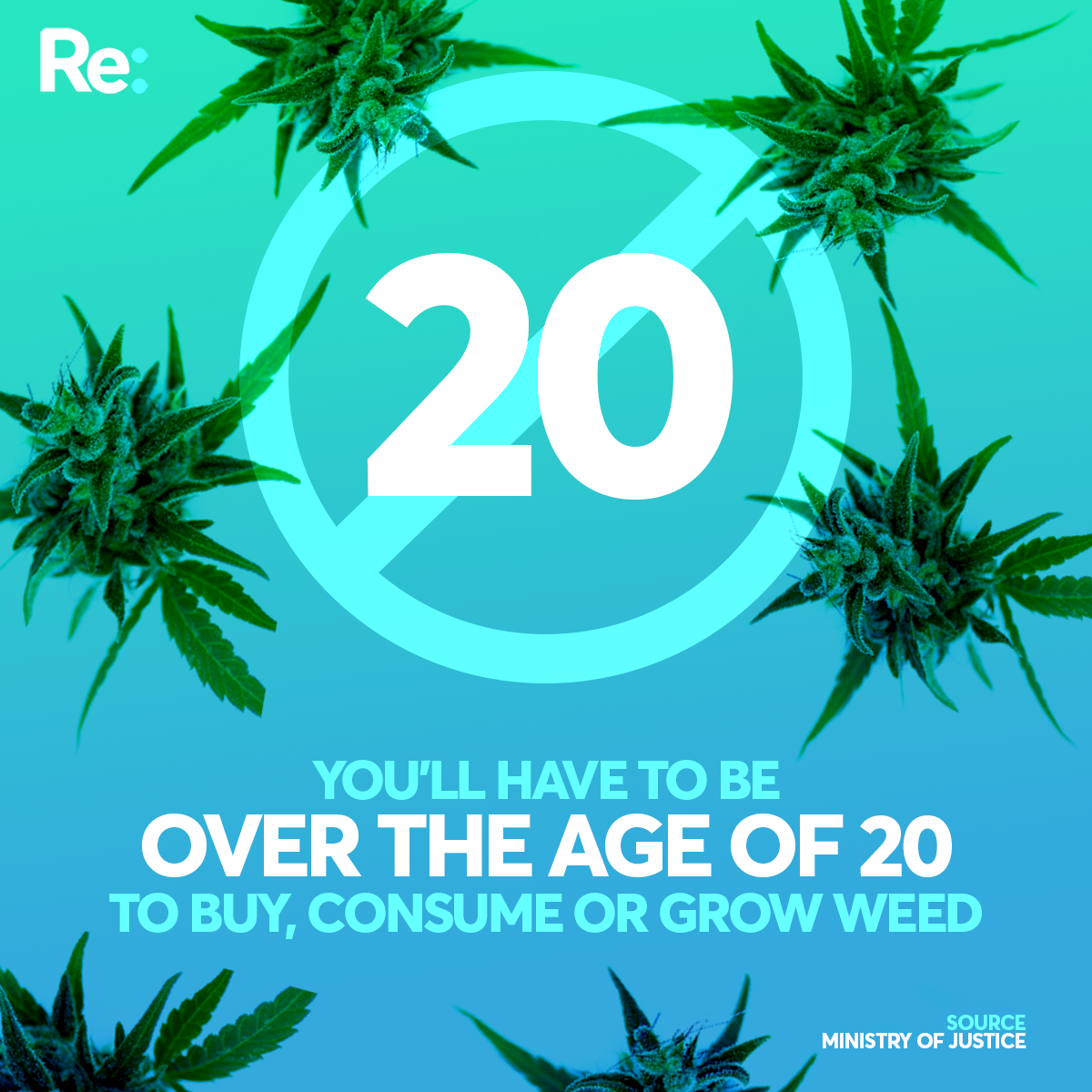 People over the age of 20 will be able to:

So, no matter what it will still be illegal to: 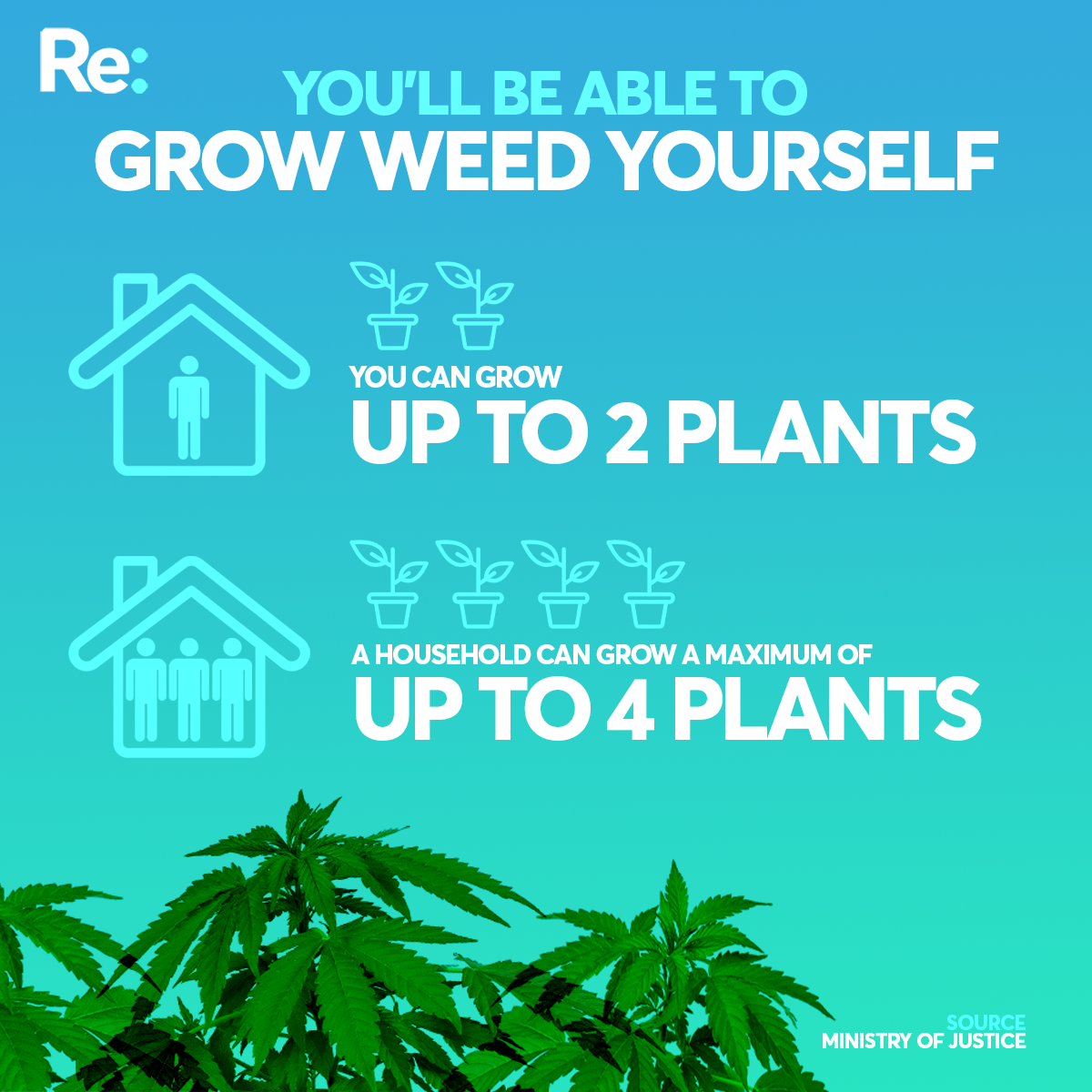 What products will be allowed?

To start with, dried or fresh cannabis and cannabis plants and seeds will be allowed.

Then new regulations could be introduced that would allow for edibles and concentrates.

Edibles will only be allowed if they are baked, and if they don’t require heating or refrigeration. They can’t be made in the same premises as conventional food.

Anything that “appeals to children and young people” would be banned, so it’s likely that things like gummies won’t be allowed.

Beverages, roots and stems, injectables, suppositories and anything that is mixed with a product that would negatively interact with cannabis will all be banned.

Both BYO and retail consumption premises will be allowed. They will need to provide food and drink, can’t supply alcohol or tobacco and need to give information on safe consumption.

You’ll need to be 20 or older to enter or work in the premises.

Because smoking indoors is still illegal in New Zealand, you won’t be able to smoke or vape inside. This means they will either be only for edibles, or will need to provide an outdoor area.

Communities would be able to oppose having consumption premises in their area. 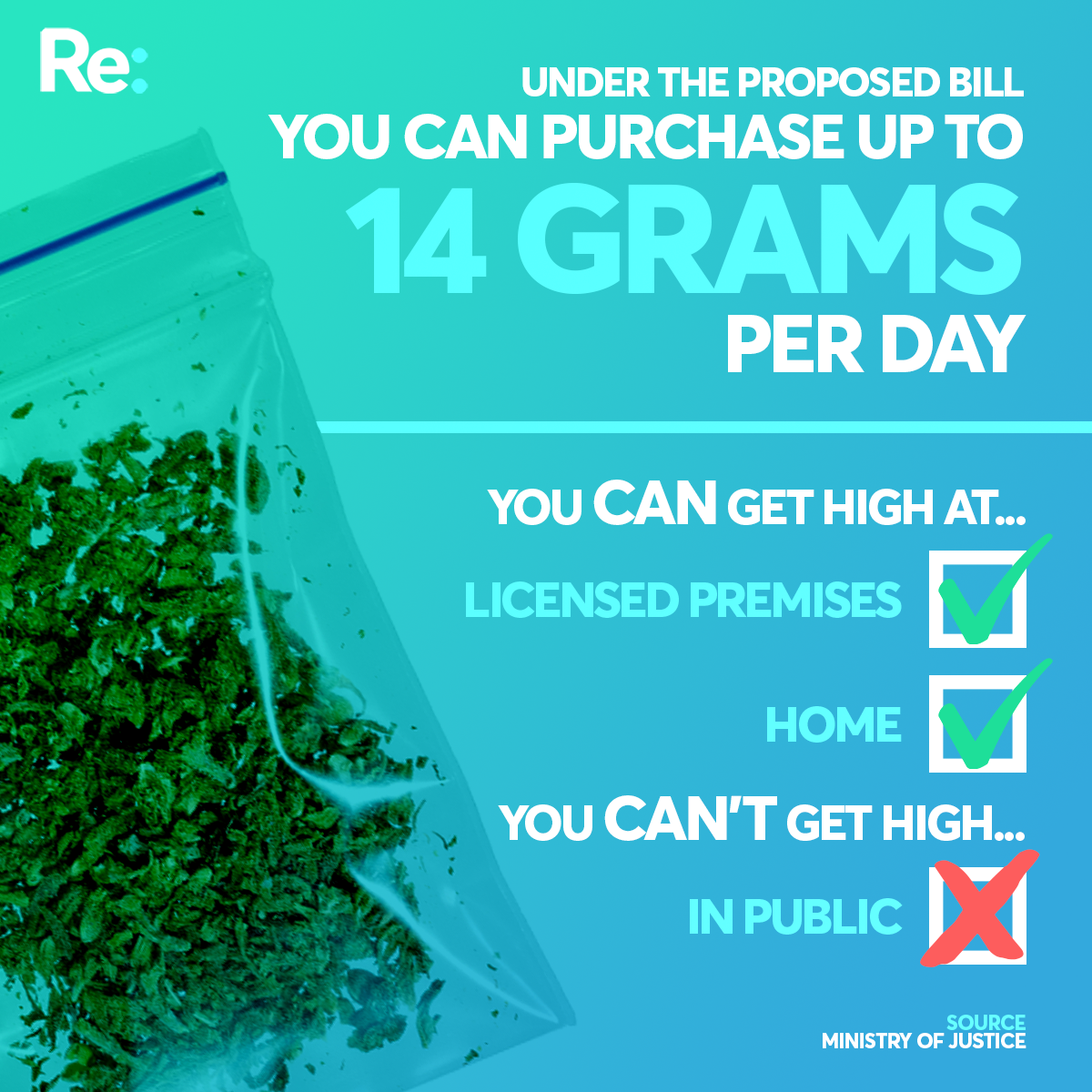 There will be quality standards and limits on potency.

Products will be taxed, with a higher tax rate for higher potency. They will need to be labelled with the amount of THC and CBD they contain and have health warnings.

Advertising cannabis would be illegal, and retailers would not be able to give products away for free or hold reduced-price sales.

You’ll need a license to do any of the following: import, cultivate, manufacture, process, research, test, sell, transport or operate consumption premises.

No person or company will be able to hold both a licence to cultivate and a license to sell. This means we won’t have any direct-from-grower shops. 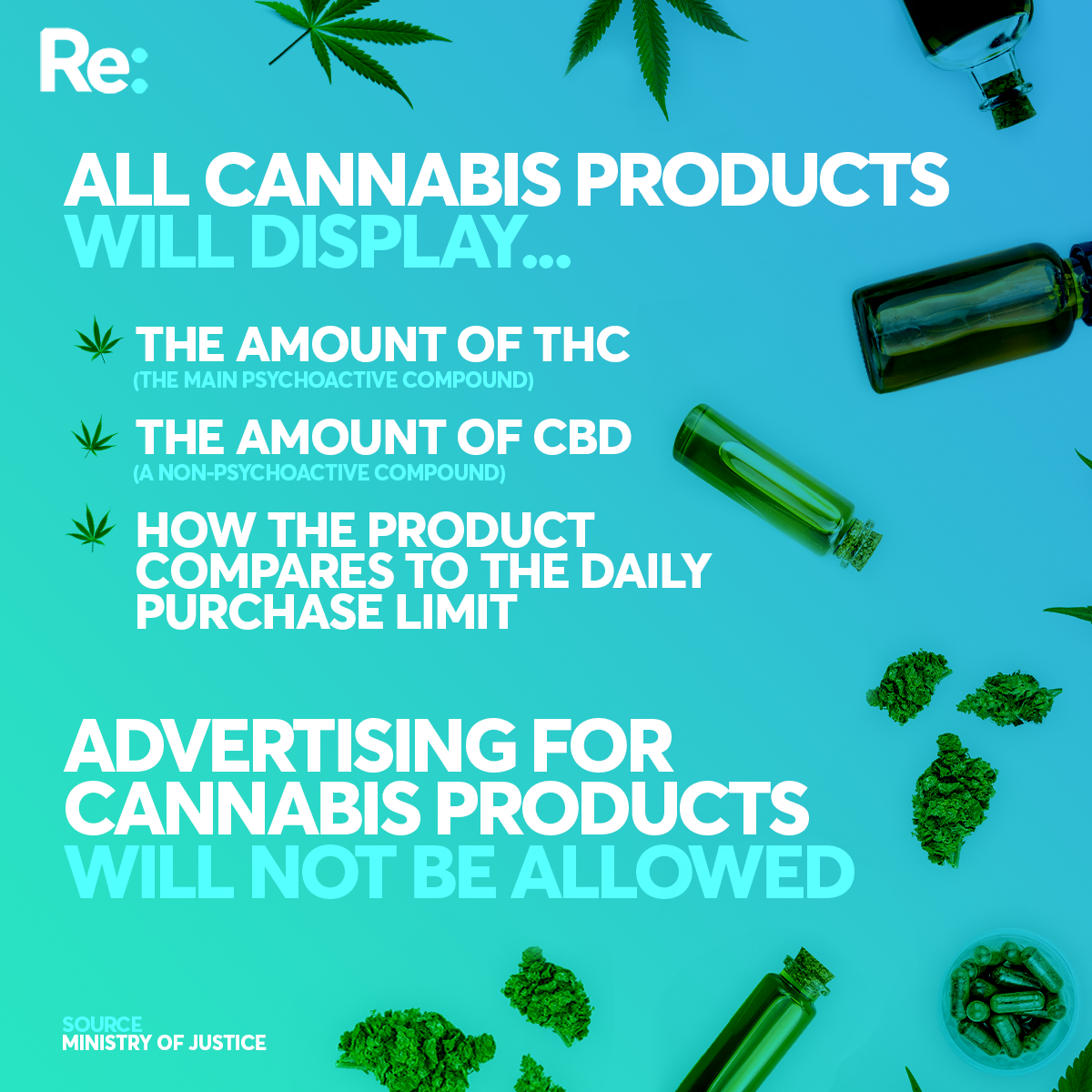 The Bill argues legalisation will reduce harm to communities because it will: 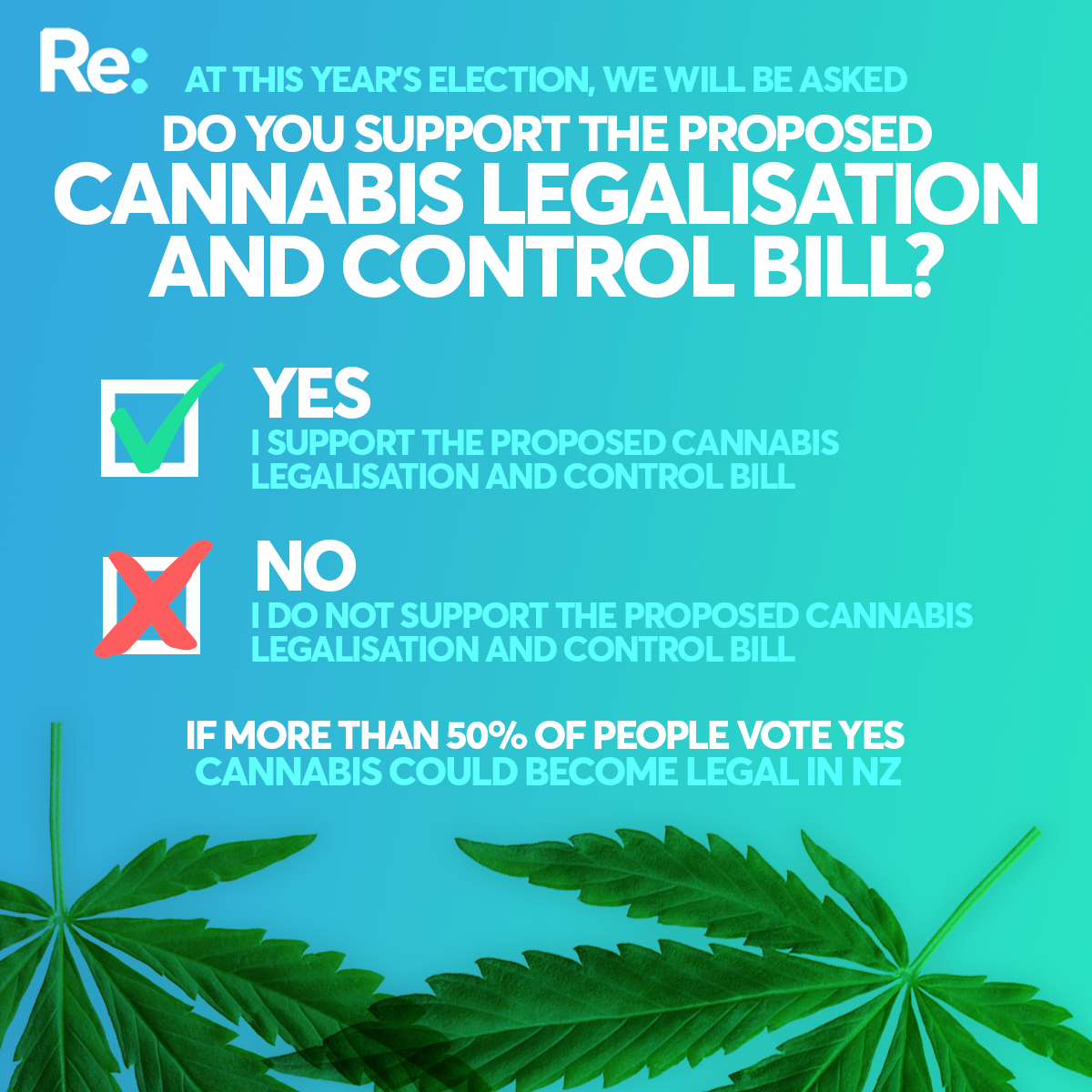 What happens after the referendum?

Weed doesn’t instantly become legal as soon as the referendum is over.

If more than 50% of people vote yes, then whatever government is elected can choose to introduce a Bill to Parliament.

If more than 50% of people vote no, weed will remain illegal.