National’s leader had pondered whether calling someone a 'Karen' would become a crime under the new law on Twitter on Tuesday.

Will calling a middle-aged white woman a ‘Karen’ now be a crime under Jacinda Ardern’s law? https://t.co/nDiMOU7NLB

"Will calling a middle-aged white woman a ‘Karen’ now be a crime under Jacinda Ardern’s law?" she wrote.

Ardern used this against her while the two leaders squared off over the issue in Parliament's question time yesterday afternoon.

Collins had asked for Ardern's response on a recent opinion piece by NewsHub's Tova O'Brien, which claims the Prime Minister is "wrong about the basic facts" of her hate speech law proposal.

"I disagree with that statement," Ardern said, before firing back at Collins.

"I also, as it happens disagree with the member's statement on Twitter that somehow it will become illegal to call someone a Karen.

"That is absolutely incorrect and I apologise, that means these laws will not protect the member from such a claim."

The barb brought laughter from the Ardern's side of the House, with Collins even chuckling as she cracked a wry smile.

The Opposition leader then sought to raise a Point of Order with the Speaker.

However, she quickly rescinded it.

"I've decided not to ask that point, I thought it would be cruel to ask it so I won't," she stated.

The exchange comes as the Government is seeking feedback on sweeping proposals to alter New Zealand's hate speech law in the wake of recommendations from the Royal Commission of Inquiry into the March 15 attack.

Changes to hate speech law and a proposal to make it illegal to incite others to discriminate against a protected group are on the cards.

Under the proposals, the penalty for inciting hatred could be three years in prison and a $50,000 fine. Justice Minister Kris Faafoi said that was determined based on comparisons with other offences. 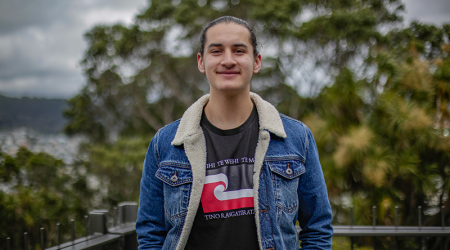