Some men haven’t had the opportunity, freedom or safety to explore their sensuality and intimacy with one another. Robert Tennent’s work shows what it would look like if they did.

“If I grew up with a coffee table book like this sitting in the middle of my family lounge, I would have learned a lot sooner that men can be vulnerable and sensual," he says.

Tāmaki Makaurau-based photographer Robert Tennent came up with the idea for his new photography book, ‘I’m Going To Miss You’ while perched on a crowded beach watching two teenage boys wrestle each other in the sand. 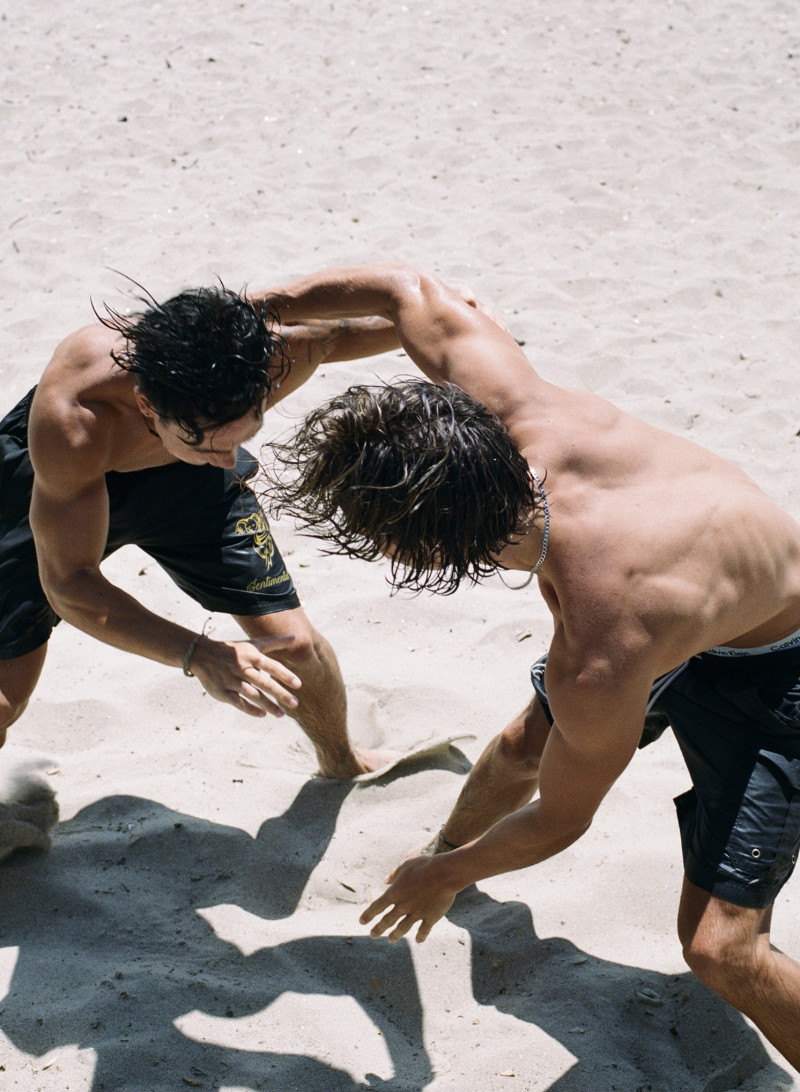 “I could see one of their arms grabbing their friend's forearm. It looked stressed and tough but in this playful way because they were both grinning from ear to ear.”

“There was this really interesting sense of masculinity, but also complete vulnerability.”

Cover to cover, the book’s pages explore the “gentle side of brotherhood”. The 22 year old tells Re: he became fascinated with the concept of grown men playing, the contrast of muscles and broad physiques being used like clumsy children. “To play is to be vulnerable,” he says.

The project started with Robert capturing candid moments like these, as he road tripped around New Zealand last summer. 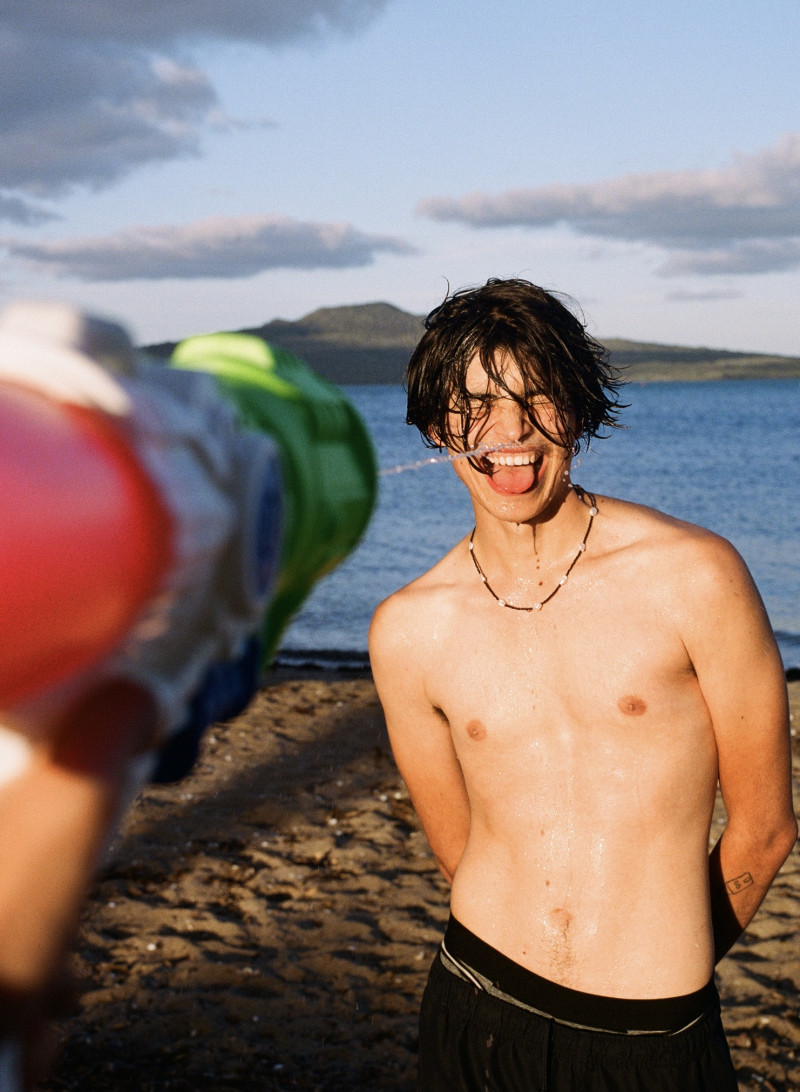 “A friend of mine invited me to their lake house and I was instantly drawn to how competitive and boisterous the guys were, but in this juvenile kind of way.”

“They would chase each other constantly and jump off rocks yelling ‘I bet I could do a better flip than you’.”

“It was so interesting to watch grown men allow themselves to just play like kids. So I just watched and eventually pulled my camera out and started shooting. That’s when I thought to myself, something’s happening here.” 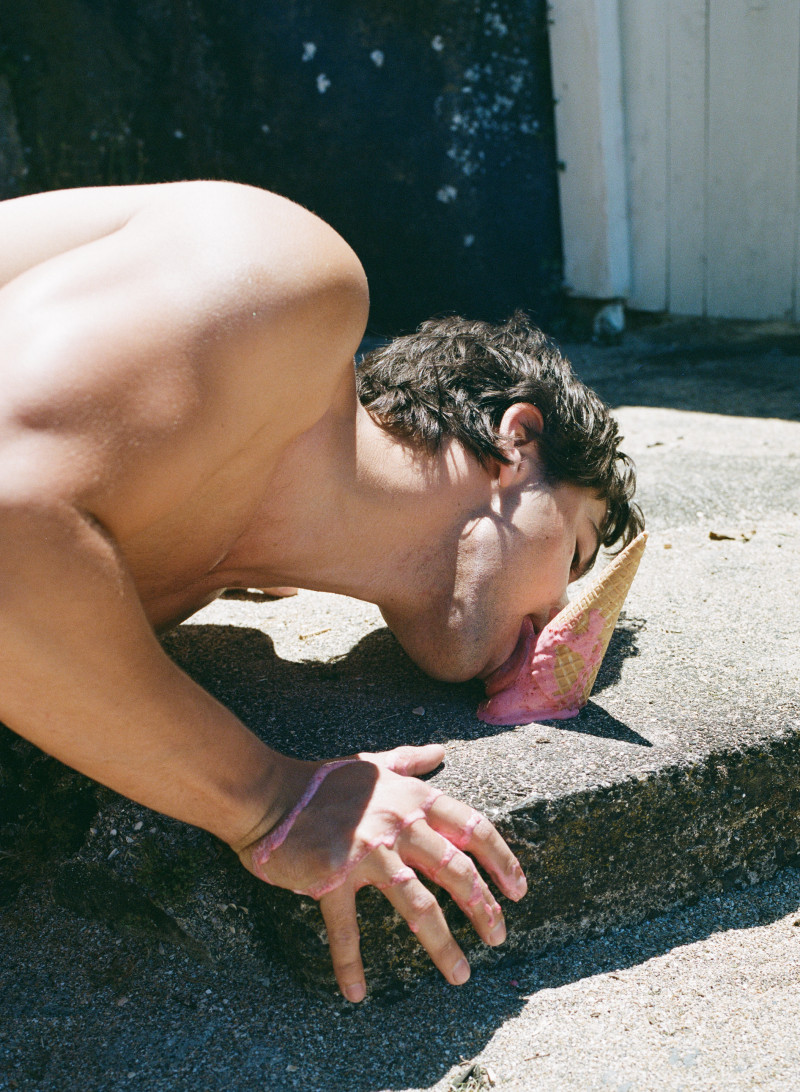 Shooting analog on an old medium format camera he found on eBay, he knew it could take a lifetime (and a small fortune) to fill a book with organic moments, so he started to cast diverse men to be part of the project. Robert says his motivation was to include men he felt weren’t represented enough in the art and fashion world.

“I worked with a lot of queer and straight men who were South Asian, Sri Lankan, Middle Eastern,” he says. “I tried to cast brothers and friends so that they were already comfortable and loving with each other, I wanted it to feel genuine.” 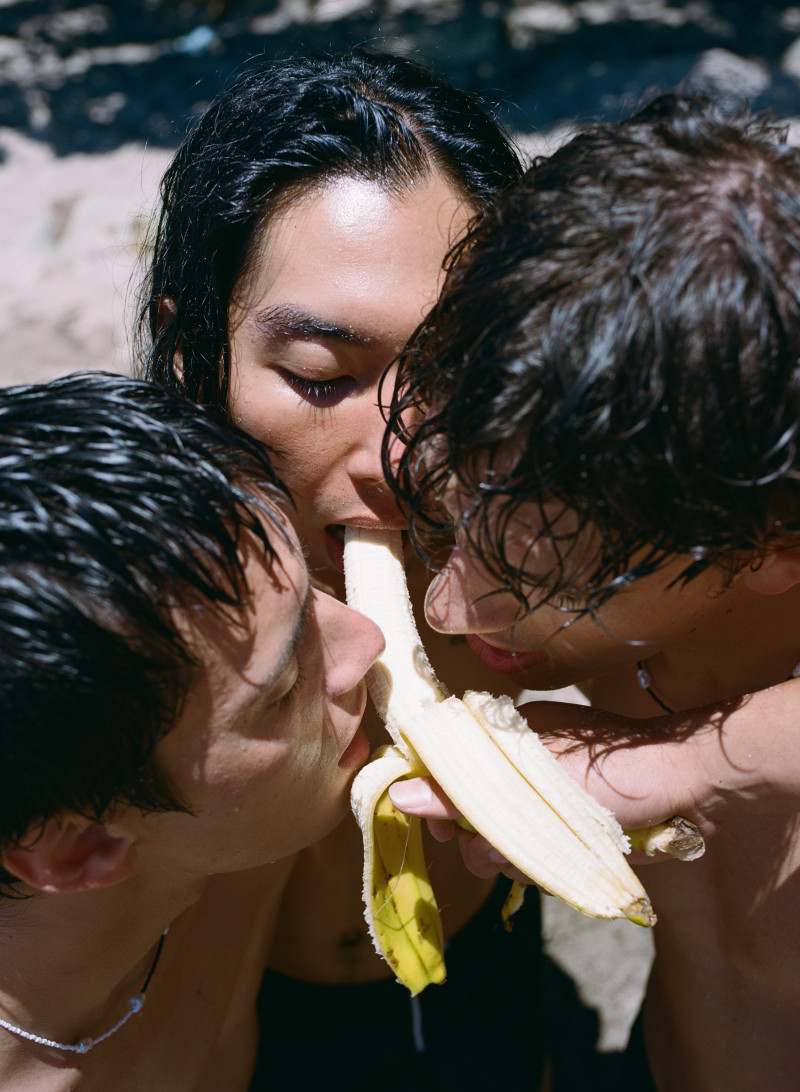 From three men suggestively eating an unpeeled banana to men holding each other in their underwear, Robert says the book does not shy away from exploring his own queerness. But that’s the point.

“I wanted to create a space where men, straight and queer, could explore this sense of sensuality and intimacy without feeling ashamed,” he says. 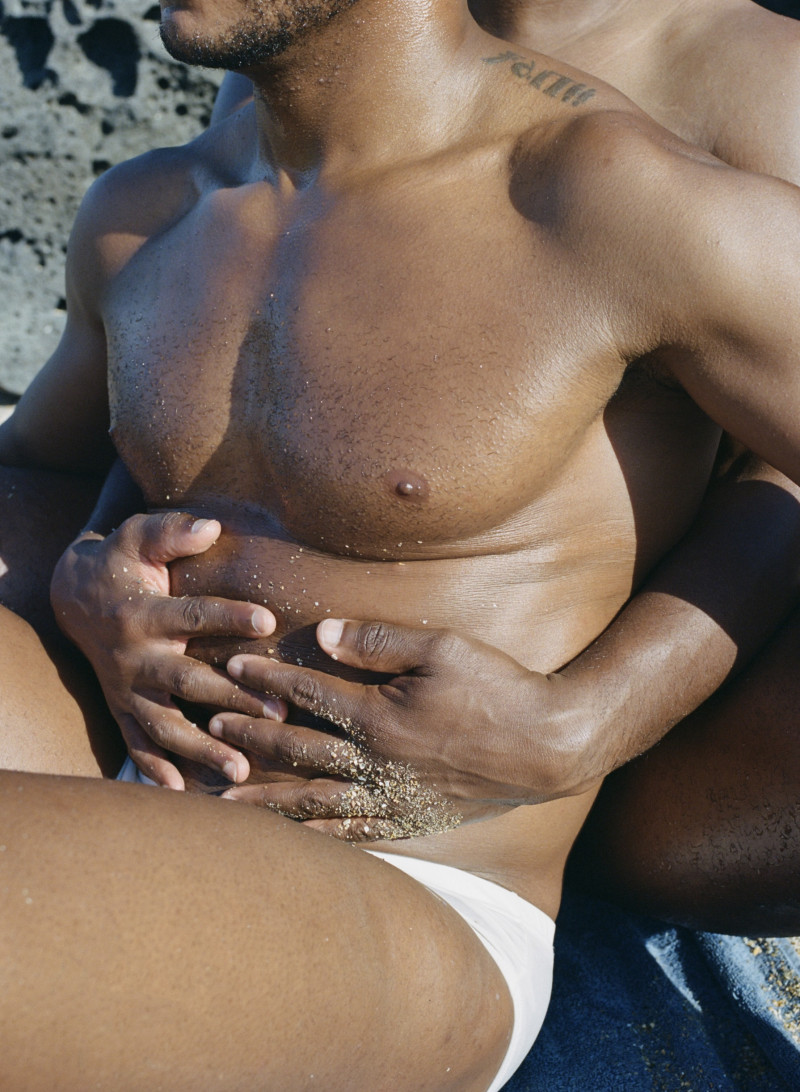 When we see female models dressed in their underwear posing with their arms wrapped around each other's waist, we think nothing of it. This intimacy and touch has become so common and normalised it’s no longer seen as sexual.

But with men, we don't see these images nearly as much. The insistent (and homophobic) messaging which tells men intimacy between them can only be sexual has created a toxic climate where some men are either afraid to touch each other, or feel the need to declare and defend their sexual orientation before they do.

Growing up in an all-boys boarding school, Robert will be the first to tell you what this feels like.

“I was having to navigate that environment when I was young and finding out that I was queer. I would have this voice in the back of my head saying ‘am I being too affectionate, too intimate, am I leading this person on?’”

“So that feeling of being unsafe and afraid to act a certain way is something I really resonated with. So I wanted to try and create a space where men didn’t feel restricted by any of this. And they could actually have fun pushing the limits of this.”

And somewhat to his surprise, the men embraced this, completely.

“There was this one moment, it’s actually the cover of the book, there are these two straight guys and one is squeezing grapefruit into the other guy's mouth. And I thought ‘oh wow it would be cool to get the other guy to lick his neck. It would look sexual, but it doesn’t need to be.’” 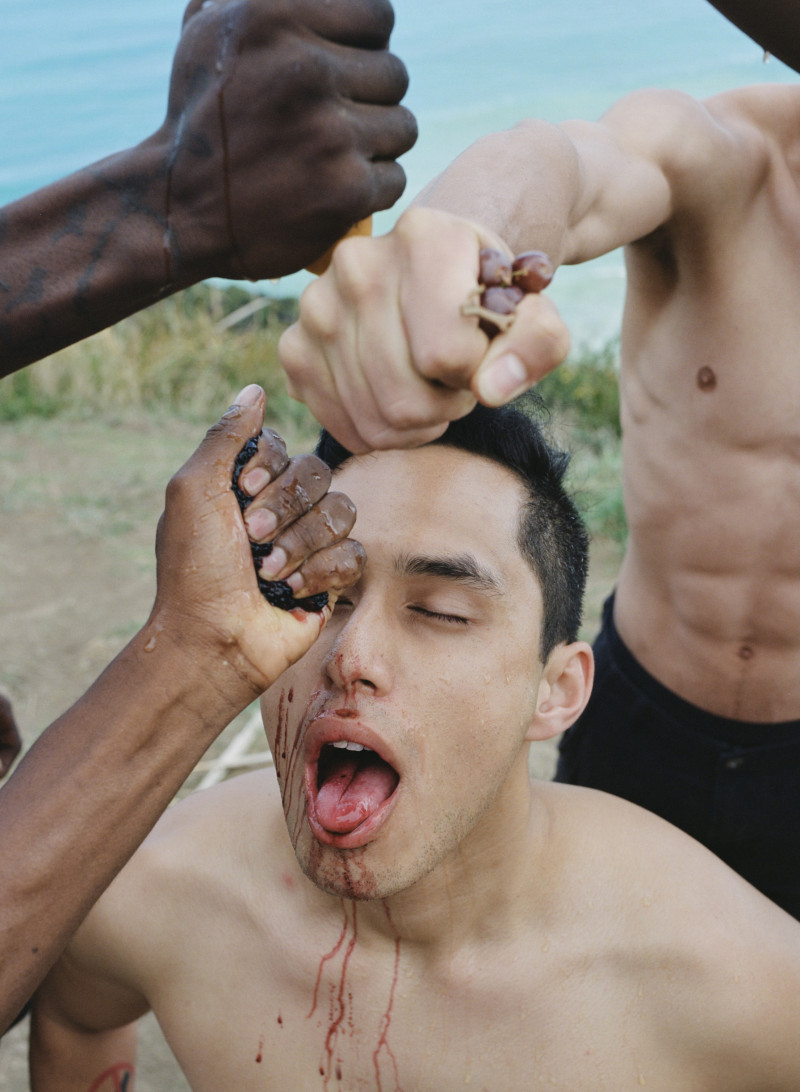 At first, Robert held back from saying this, thinking it would probably make the two guys uncomfortable, but they insisted he told them what he was thinking.

“So I told them and they didn’t care. They couldn’t have cared less. And it looked amazing.”

“I think it just shows how men actually want to have fun exploring being intimate with each other. But they are taught they shouldn’t.” 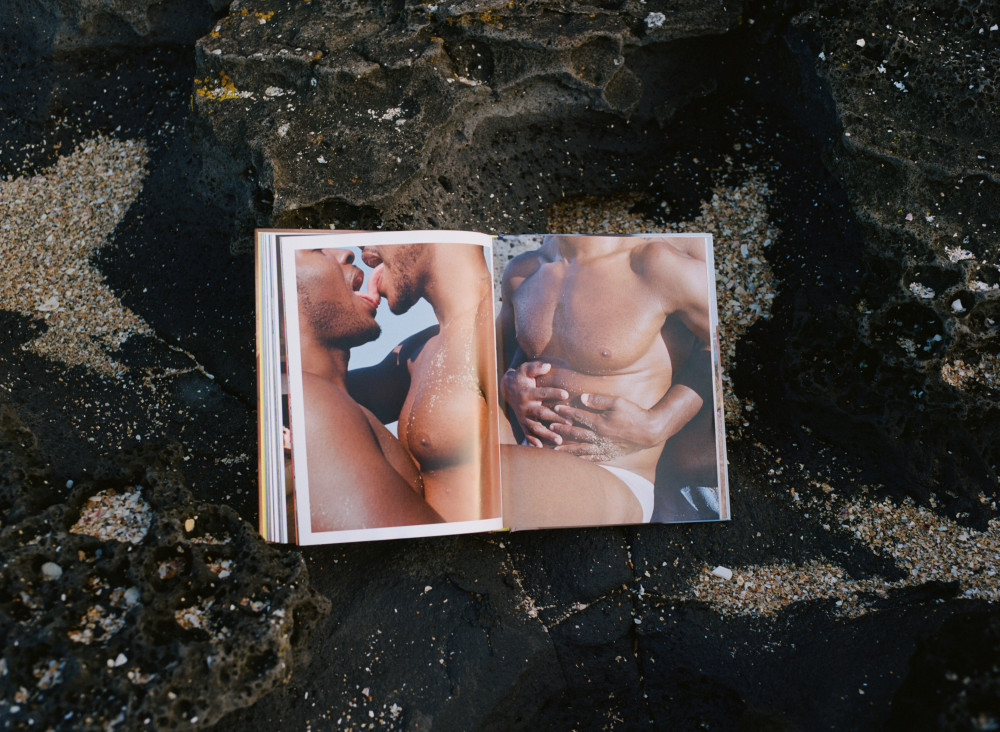 Usually, coffee table books are chunky cookbooks or books filled with glossy scenic landscapes. But Robert wants to shake this up.

Instead of stocking his book in artsy book stores - where you would expect to find it - Robert says he will instead be stocking it in homewares stores. “I think it just opens people’s eyes. You would never expect this kind of thing to be in those mainstream spaces, so hopefully, it gets people talking and asking questions.” 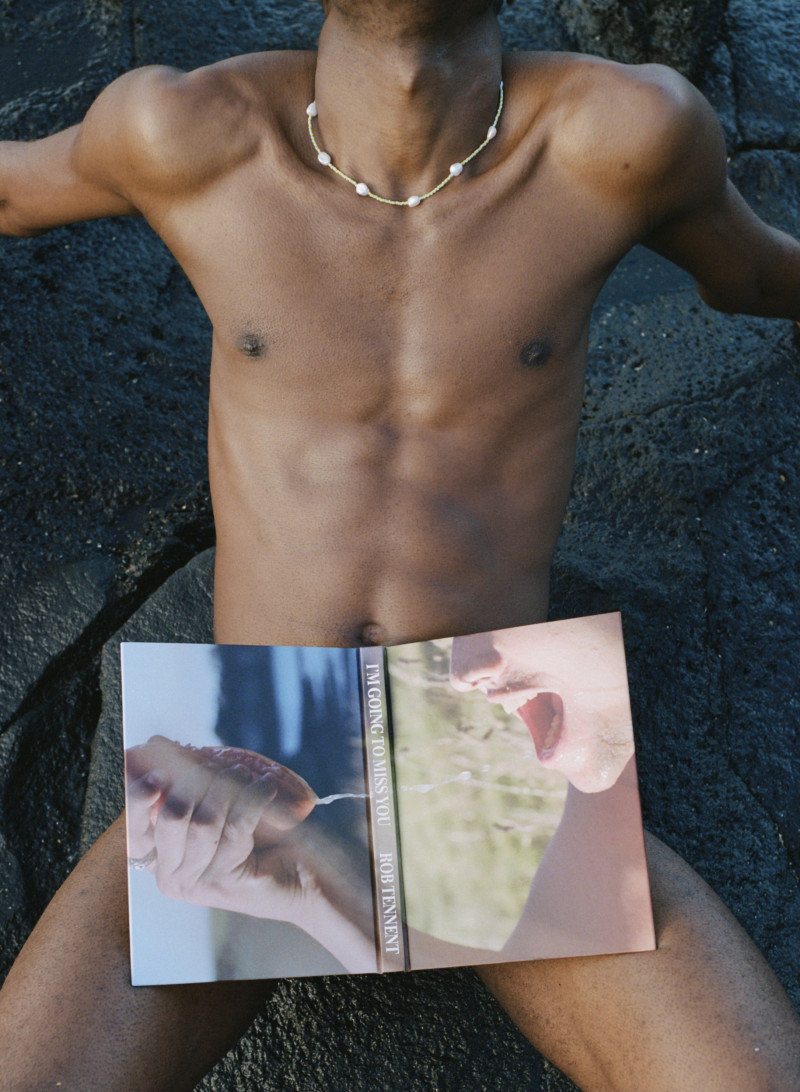 He hopes the 200-page book, designed to live on coffee tables and spark conversation, will  “show men in such a non toxic way that intimacy and play is normal, and beautiful.”

“If I grew up with a coffee table book like this sitting in the middle of my family lounge, I would have learned a lot sooner that men can be vulnerable and sensual. I probably wouldn't have had such a hard time coming to terms with my own sexuality.” 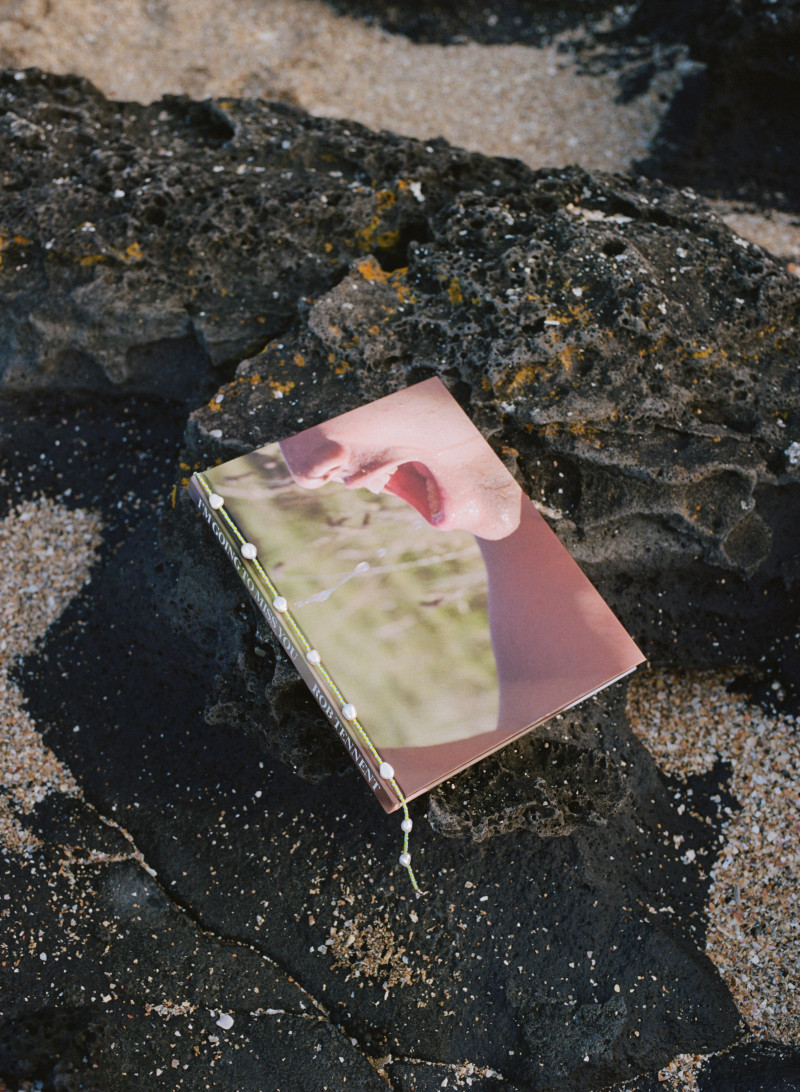 You can pre order ‘I’m Going To Miss You’ here.