Nearly 25 health and social organisations have signed an open letter asking the Government to repeal and replace current “unfair” drug laws with those that focus on compassion and evidence.

Organisations including the NZ Medical Association, Public Health Association and Mental Health Foundation are advocating for drugs to be dealt with as a health issue not a crime issue, with a focus on prevention rather than criminalisation.

Despite the failure of last year's cannabis referendum, the organisations believe there is a strong majority of support to reform the Misuse of Drugs Act 1975.

“The status quo is causing harm and we need to improve our current approach to drug law,” says the open letter.

The organisations are urging the government to adopt policies found in the 2016 report by The Global Commission of Drug Policy, following countries such as Portugal and the Czech Republic in decriminalising all low-level drug offenses. These law changes have shown to be effective in reducing harm within their countries.

“As a society we strive for fairness and equity, because we recognise what affects one part of our community affects all of us,” the open letter says.

The organisations applaud recent changes like drug checking at festivals but ask the government take a stronger stance, and say small amendments are not enough and an overhaul of the Misuse of Drugs Act 1975 is required.

How one woman is fighting meth in small-town New Zealand 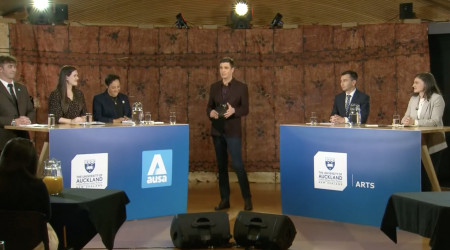