By Dominic Hoey and Maggie Shui

In just a few weeks, many of us went from feeling more or less secure in our livelihoods to losing them. The rest of us are wondering whether we’re next. Watching how quickly markets and businesses have tumbled under this pandemic, it makes you wonder whether we’re all that first little pig who built their house with straw.

Dominic Hoey calls it bad magic and origami wealth in the opening stanza of his poem ‘Plague’. “all it took was a plague,” writes Hoey, to expose our brittle foundations. “It’s hard not to get frustrated by this kind of stuff,” says Hoey, but he says it’s also a potential impetus for us to rebuild.

“What has been sort of inspiring and positive about this is how much people are questioning the way our society is ordered and who we value in our society, and how that value is often misplaced.” 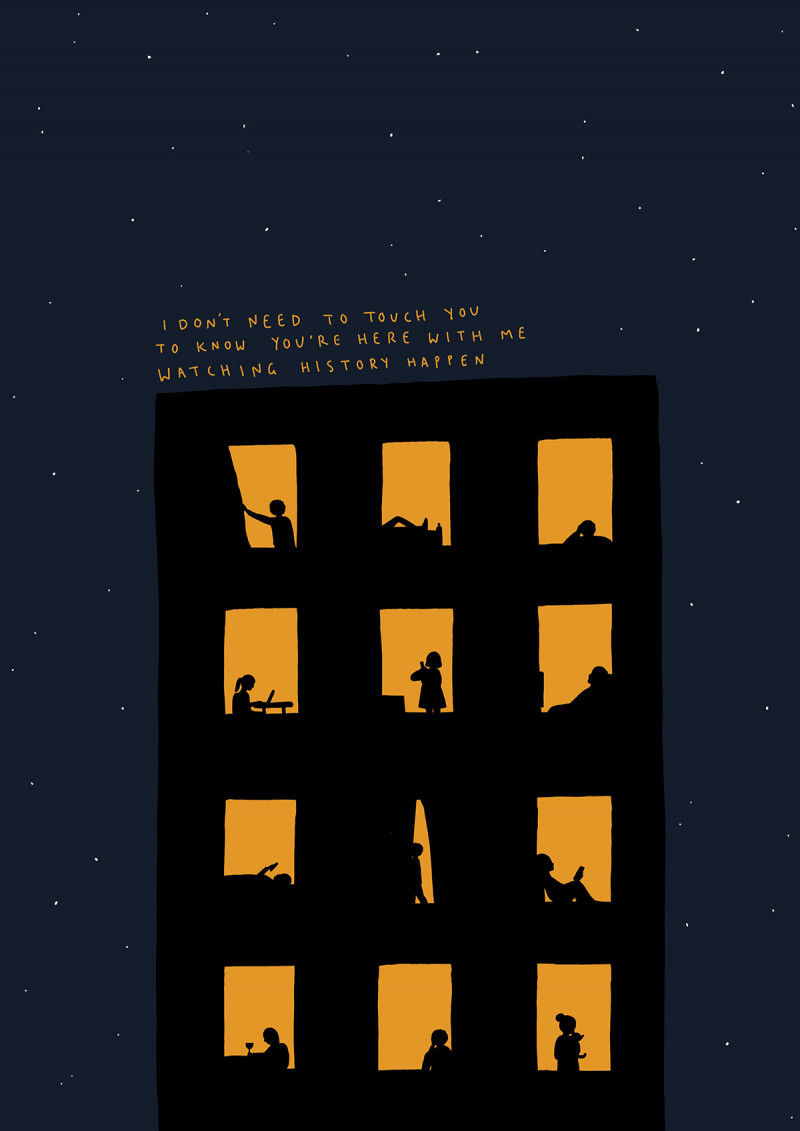 Hoey has been posting daily pieces of writing on his Instagram throughout lockdown - wry observations of his daily life and errant thoughts (“Thank god the landlords are safe” is a great one). He wasn’t sure if he wanted to “commit to doing a proper poem” about the current crisis, and whether he had something new to add to the conversation.

Read the full poem ‘Plague’ below, and you’ll see that he does. It’s a poem that demonstrates how crucial the arts are in helping us make sense of the world, in ways that plain, everyday language cannot.

And if you want to hear ‘Plague’ performed by the poet himself, Hoey and his friend Matt Short have teamed up to turn the poem into a song. Scroll down to the bottom to listen or search for 'Plague' by Dominic Hoey on Apple Music or Spotify.

and all it took was a plague

to show us the money was bad magic

you wouldn't trust to pat your dog

to kill the spectacle

why you wasted a life

trying to impress your phone

the skies and ocean spotless

but tell me again that we are helpless

I’ll throw my mask in the air

a plague to show us

we’re smarter than our boss

that they need us more than we need them

that low skilled worker is a slur

that our labours worth more than we ever imagined

and anyone can end up at MSD

to some professional asshole

“10 reasons I don’t deserve to be homeless”

a plague to teach us

we’re nothing without each other

distractions from the gossip of our dreams

all the world alone

staring out the windows in our palm

the past is a library of grief

but the future isn’t copyrighted

so let us isolate ourselves

from their broken heart normal

I don't need to touch you