Up until 2020, abortion was the only medical procedure considered a crime in New Zealand - unless it was approved by two doctors and the pregnant person’s mental or physical health was considered in danger.

Despite abortion being decriminalised, it remains a divisive topic in New Zealand.

Last week, people in Auckland gathered at Aotea Square to stand in solidarity for abortion rights in the United States. This comes as the United States may overturn Roe v Wade - a US Supreme Court decision in 1973 that ruled the Constitution protects a pregnant person’s right to an abortion.

Re: spoke to four people about what it was like to have an abortion before and after it was decriminalised in Aotearoa.

In a Family Planning bathroom, 18-year-old Logan found out she was pregnant.

It was 2018 and she had only taken the test as a precaution before getting a contraceptive implant.

At the time Logan was on oral contraception and had used a condom during sex, but took the morning after pill after realising it had broken during sex.

She’d recently moved away from her family to Tāmaki Makaurau to study medicine and after talking to her partner, she knew she wasn’t ready to give her degree up.

Logan had her abortion a week later.

“When I found out abortions were illegal, I started reading stories on Reddit about people having to say they had been abused or were suicidal so they could get an abortion,” Logan said.

“So I was fully prepared to lie and say I would hurt myself if I had to have this baby, just so I could get one.

“I was almost making myself mentally unstable from the anxiety of thinking I'm going to be a criminal.

“But in the end I just had to be honest. I told the nurse I was already working three jobs to get myself through medical school and had moved away from my family and had no support in Auckland.

“She was really sympathetic and told me that was all she needed to hear. I didn’t feel judged or questioned at all. I never had to lie.

“I consider myself pro-life. If there is a chance to preserve life, I am for that. But I am also pro-quality of life. As someone who's Māori, marginalised and living in a completely different place to where I have grown up with no family support - you have to ask what type of life would me and my child have? Everyone deserves quality of life.” 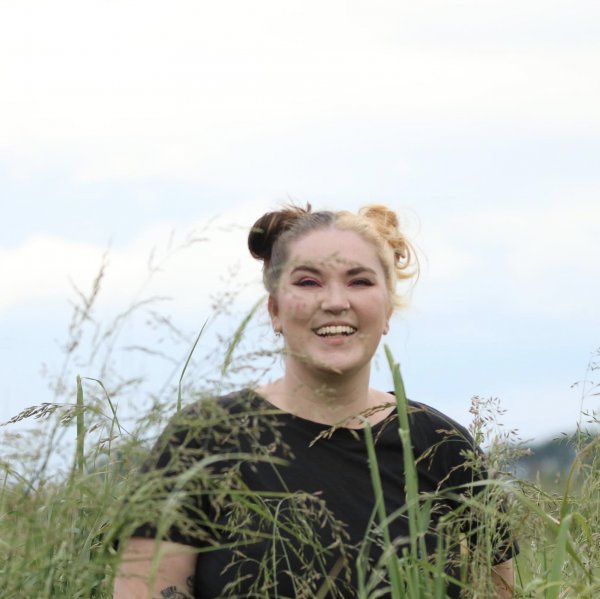 When Peach was 15 she had two months off school because she was unwell.

After ruling out a stomach bug and an infection, her grandma insisted she took a pregnancy test, just in case.

That’s when they learnt Peach was 11-weeks pregnant.

Peach was taking oral contraception at the time but it unknowingly failed because her family has a history of blood clotting.

“I was really lucky because even though I was 15 and therefore a child, it was still very much my choice. My parents never said I had to have the child or had to have an abortion,” Peach said.

“But the boy I was dating at the time, his parents were devout Catholic and in casual conversations they would say: ‘when you have an abortion, you instantly go to hell.’

“So I didn't tell my boyfriend until I had already taken the first pill to induce miscarriage.

“After my abortion I went down a rabbit hole of pro-life rhetoric. I would stay up late every night reading about how I was gonna go to hell and how I deserved to die and was no better than a murderer.

“I became so depressed, it made my history of self-harm so much worse.

“My boyfriend would gaslight me about having an abortion even two or three years later.

“I know now that I am not a horrible person. What I did was right for myself and any future child. It's not lost on me that people think that I've done something horrible. But that's just something that I've brushed off at this point because it actually has nothing to do with anyone else.” 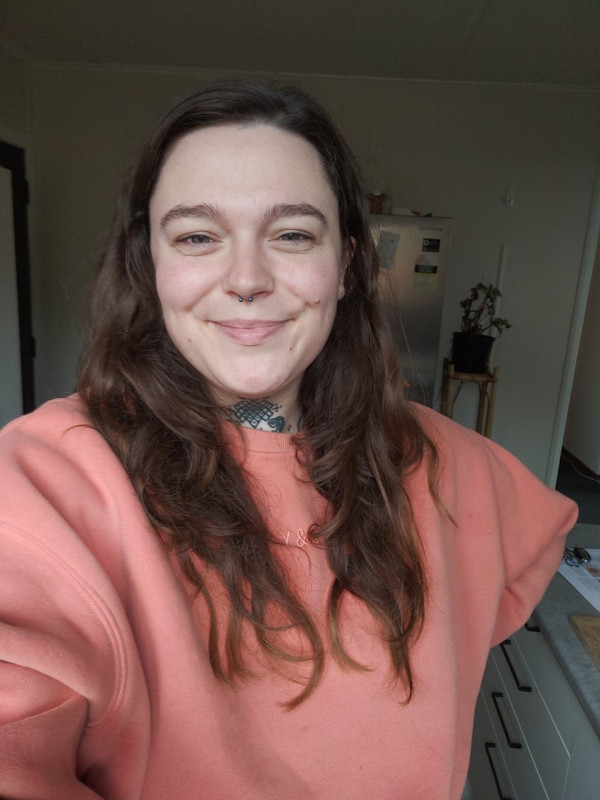 Dando was 25 with a young daughter from a previous relationship when they found out they were pregnant. They had been casually dating their current partner for six months and got pregnant by mistake.

Even though Dando would have happily had more children, together, they decided to terminate their pregnancy because Dando’s partner wasn’t ready to be a parent.

Dando identifies as a queer person with they/them pronouns and says there is work to be done to make abortion more queer-friendly in Aotearoa.

“I was misgendered, I was misnamed. So was my partner. I don’t think it was out of transphobia or homophobia, it was probably just a lack of education and the assumption that only men can impregnate women,” Dando said.

“But there wasn't a whole lot of consideration for terminology or bearing in mind gender dysphoria and how pregnancy could trigger those things.

“Looking back, I have such ambivalent feelings about my abortion because I could have gone through with it.

“But the thing is my partner and I have really tough elements in our childhoods. We are working really hard to break intergenerational trauma there.

“So when my partner wants to come to me and be vulnerable and say ‘I'm not at a point in my journey where I feel like I can bring another child into this world and not do some of the harm that was done to me.’ I didn’t want to say ‘well tough fucking shit, this is what I want.’

“I have a really whānau-oriented brain and if my partner is not ready, I am not going to force them into that position.

“Ultimately it is my body and my choice. But I felt that I made this decision for the future of our family. And I don't regret it but I do think about it a lot and it took me a long time to stop crying when I thought about it.”

Becka asked Re: to leave her last name out of this article because she has family members she is not ready to share her story with.

Becka found out she was pregnant two days before the country went into lockdown in 2021. The restrictions meant she wasn’t able to take a support person with her to the hospital or see her family because she was only living with her partner at the time.

Covid-19 restrictions aside, Becka says she feels relieved to live in a country where abortion is not only now legal but easy for her to access - even in the height of a pandemic.

“I remember having to drive myself to the hospital and sit with three other girls in the waiting room,” Becka said.

“I thought it was wild that we were all there for the same reason but no one spoke. I desperately wanted to talk to them. But I didn't. And I'm not sure why I did that. There’s just this internalised feeling to keep to yourself, I think.

“I felt embarrassed about how I was feeling. I felt like because I wasn’t far along I didn’t have the right to see my pregnancy as real or meaningful. I was scared about how the male doctors would treat me. But the doctor was amazing and treated me with so much respect.

“It’s still something I think about every single day. And it is really difficult because I think if I could go back, I probably would change my mind.

“But back then, it just didn’t feel like the right time. We weren’t stable enough to make that commitment.

“When I read anything about what's going on in the United States, it makes me so sick that people are being backed into a corner. I wouldn’t wish that on anyone.”

Where to get help – these free helplines operate 24/7:

Women in New Zealand are getting HIV, but aren’t getting tested