A crowd of young Aucklanders have joined together in Aotea Square to stand in solidarity for abortion rights in the US.

It comes as the United States may be set to overturn Roe v Wade, a landmark decision made by the US Supreme Court in 1973 which ruled the Constitution protects a pregnant person’s right to an abortion without government restriction.

According to a document leaked last week, the US Supreme Court has voted in an initial draft majority opinion to overturn Roe v Wade. It’s expected a final announcement will be made in the next two months. 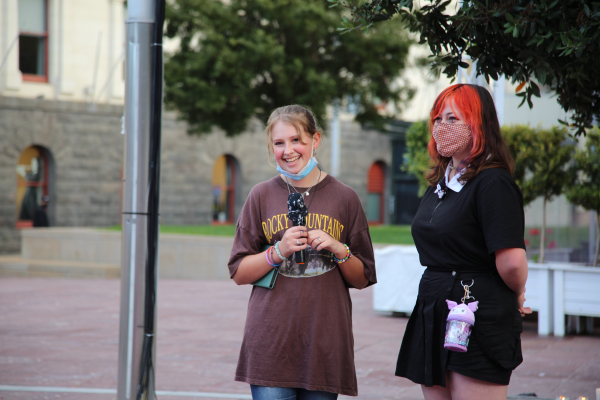 One of the pro-choice protest organisers Sen Gillespie, 20, says they are fighting with Americans in mind but reproductive rights is a global issue.

“Whilst right now we're fighting for people in America. At the end of the day, it's about everyone,” Sen says.

“We can't be free until everyone is free.”

Re: asked protestors why it was important for them to be there. 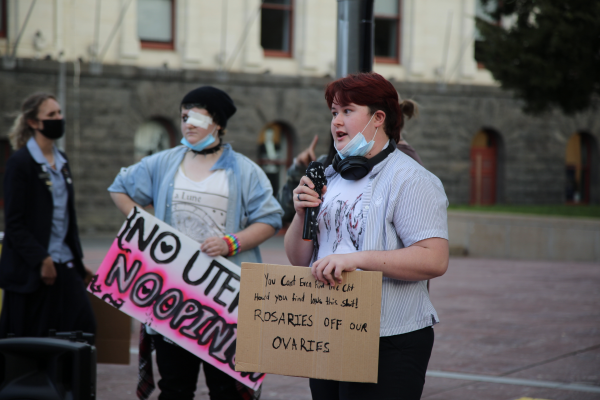 “I’m here in solidarity with those affected. I want to show people around me that they can come to me for support and I will support everybody and their right to choose.” 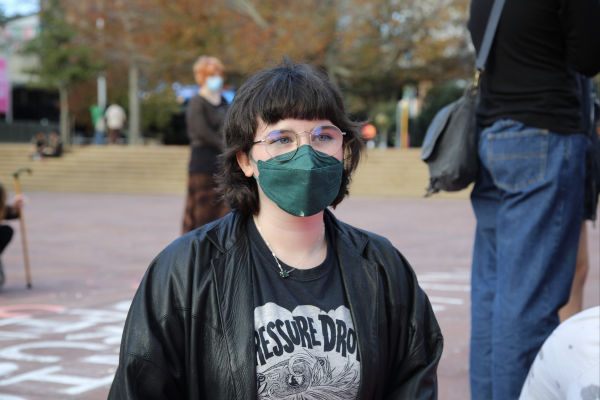 “It just seems totally backwards to me. These laws would be anti-life in a way, because it could be making two people’s lives shit if someone who can’t raise a baby is forced to raise one.” 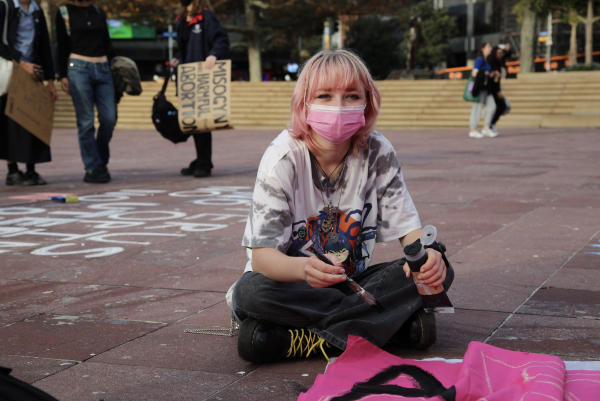 “I’m here because it’s wrong for people who don’t want a baby to be forced to have one." 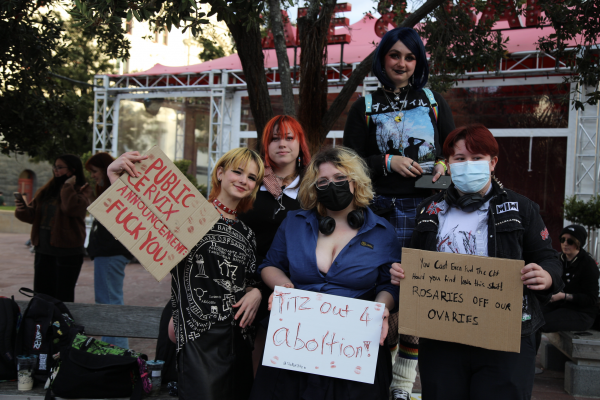 River pictured in the middle holding ‘Titz out 4 abortion’ sign.

“I don't agree with what's happening with politics in America currently. I think the law they're trying to get through where any state can choose whether or not they ban or allow abortions is insane. It’s unfair for those people who live in different parts of the country.

“And the fact that they're even thinking of making a miscarriage a felony is psychopathic in my opinion.”

“America is moving backwards in time, I’m so glad New Zealand is not the same when it comes to abortion.” 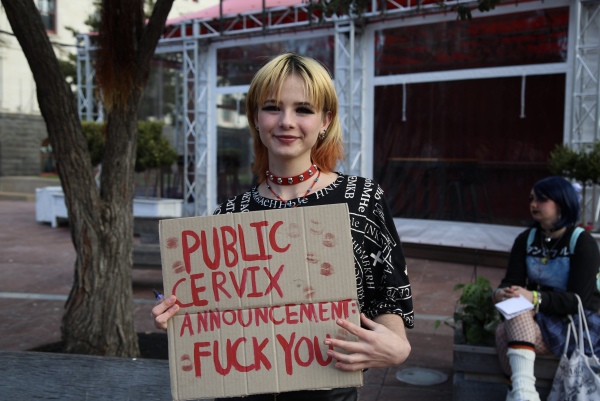 “I'm here because I definitely don't agree with what's happening in America. I think it’s really fucked that we still have to protest this shit. So I want to show my support for everyone because I think it’s all wack.” 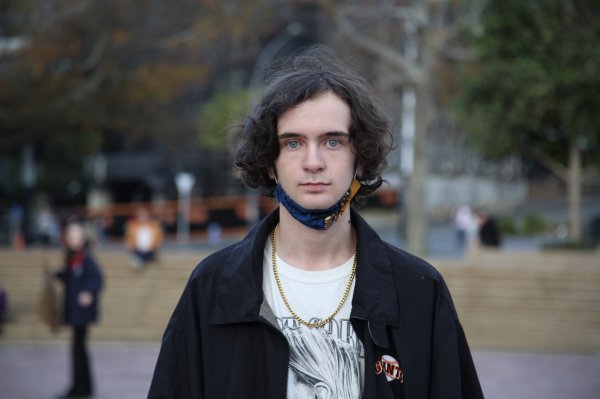 “I think it's really important to come out and stand for this. It’s human rights. Everyone should have the right to be able to access abortion.” 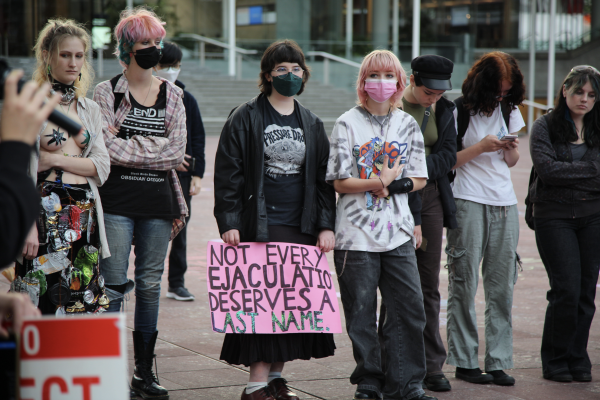 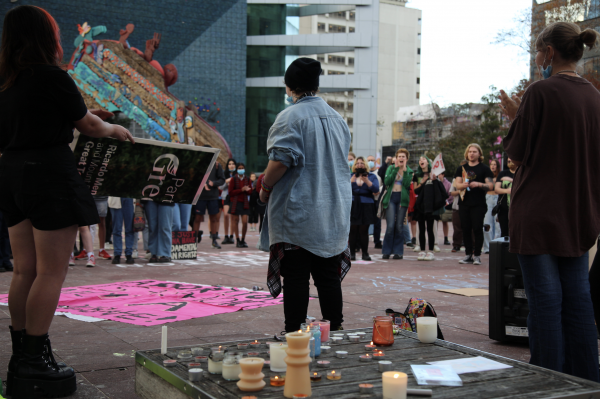 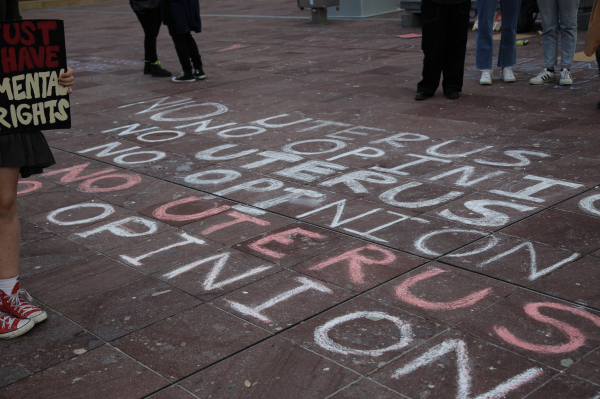