It’s the second week of the Pacific hearing of the Royal Commission of Abuse in Care. From overmedication in psychiatric facilities to psychological and sexual abuse of children, survivors of state-based care have shared experiences of abuse and ongoing trauma.

Here are the stories of four survivors.

At 22, Rachel had her first admission to a psychiatric facility in Wellington. It was the first of 11 over the next 21 years. Rachel, of Sāmoan descent, gave evidence at the hearing yesterday, and described the persistent overmedication and refusal of clinicians to listen to her, particularly around requests for alternative treatment options.

''To me, I felt that I was labelled with particular medical conditions that gave medical professionals a licence to pump me with more drugs. I believe they were just experimenting with their drugs on me.”

Rachel also talked about nearly having ECT therapy because she was confused for another patient.

“I was taken to the ECT room and the person there asked me who I was and then realised I wasn’t the correct patient. I was then taken back to ward five.”

Fa’amoana Luafutu came to New Zealand from Sāmoa with his family aged eight. He was sent to Ōwairaka Boys’ Home about four years later. The abuse and culture he experienced shaped his adolescence and adulthood, and led to several stints in and out of prison.

“It definitely changed me,” Fa’amoana said.

“It was getting to the point where I hated myself and my culture.”

He talked about how the experiences of his youth also affected his own family, and sons, and described his volatile temper as an “angry baby” inside him that he works to keep asleep and at peace. As an adult, Fa’amoana has created plays, poetry and music about his time in care, including A Boy Called Piano and The White Guitar.

William Wilson was severely and constantly beaten and bullied as a student at Wesley College in Auckland in the early 1990s. The beatings were carried out by senior students and prefects, and have caused ongoing trauma and injuries, including hearing loss, PTSD and depression.

''Waking up every morning at Wesley College, I lived in fear. I was expecting torture and abuse in the morning before our shower, at lunch time or prep time - this meant I couldn't focus on school.''

Of Sāmoan and Scottish descent, William also described how the beatings and bullying were covered up by students and staff. In one of the worst incidents, he was kept at the school’s sick bay for two months while he recovered from injuries.

“I stayed hidden there in that sick bay for two months under the care of the school doctor. At the time I couldn’t breathe properly. I was coughing up blood while I was there, I received no schooling during that time, and I had no visitors.”

Joanna Oldham didn’t really have a childhood. She was first molested at nine years old by a church minister. At age 10, she was sent to Ford Milton Children’s Home - the beginning of a series of placements over the next six years. Of Tongan and pālagi descent, Joanna also spent time at Kingslea School, Allendale Girls’ home and the Glenroy Family Home. At Kingslea, she was repeatedly restrained, strip-searched and locked in a concrete unit. While in foster care, she was also raped.

“I remember that by the time I came out of [the] secure [concrete unit] that first time - I was unstoppable,” she said.

“It was like they had created a little monster. After that I ran to the streets any chance I got.”

The Pacific hearing is being held at the Fāle o Sāmoa in Mangere, Auckland. It is due to finish on Friday. 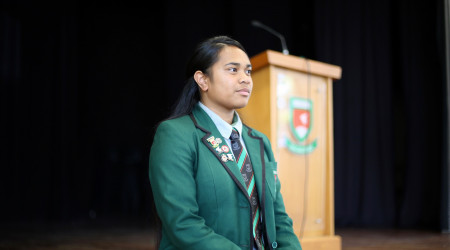 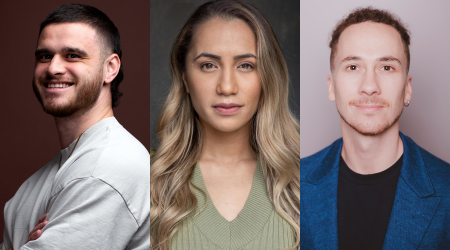