Secure youth justice facilities are supposed to provide rehabilitation for young people guilty of crimes. However, 75 percent of those detained haven’t been sentenced, and nearly all of them are Māori and Pasifika. Baz Macdonald looks at what’s going on.

Across the country, four secure youth facilities are used to detain people under the age of 17 facing criminal charges. Another one is also under construction. Run by Oranga Tamariki, they are supposed to be for long-term rehabilitation of young people whose charges have been proven. However, a youth justice advocate says conditions inside do the opposite. Even worse, most of the residents haven’t actually been found guilty of criminal charges.

In Auckland and Christchurch, the facilities are on the same sites as adult prisons. They are ringed by high concrete walls and barbed wire fences. Young people follow a strict routine with chores, school and skills development under the supervision of social workers. If they act aggressively, they are moved into an isolated unit to cool off.

Youth Justice advocate Tania Sawicki Mead from JustSpeak says the facilities “are basically child prisons” that essentially put young people on a pathway to further interaction with the justice system.

Each year, about 500 young people are sent to them. Right now, the youngest person detained is just 13, and the average age is 17. Most people stay for about 40 days, and the max stay through a youth court sentence is six months. But there are also young people who have committed crimes serious enough to be charged as an adult. They will be transferred to an adult correctional facility once they turn 18.

Tania: “What we know about secure youth justice facilities and prisons is that they increase the likelihood of them staying stuck in the justice system, rather than actually helping to change the conditions that lead them into the system in the first place.”

The numbers support what Tania says. In 2019, an Oranga Tamariki report found 88 percent of young people placed in youth justice facilities reoffended in the next 12 months. A quarter of those re-offences were ‘against justice’ - which most commonly means breaching a bail condition such as curfew.

Notably, bail breaches have been identified as a significant factor in the cycle of reoffending. A 2019 report from the Office of the Children’s Commissioner highlighted the issue, and found many young people said it “sets them up to fail”.

“Cause you’ve broken the law”, one young person said in the report, “you get told what to do”. “They should ask you what you think would work, ‘cause otherwise you won’t stick to it.”

Another interview with a 16-year-old said: “In residence, the young ones learn the tricks from the older ones. The talk is crime, crime, crime.”

In recent years there have also been reports on a range of issues with youth facilities, including reports of high rates of self-harm incidents and use of seclusion and restraint.

Detained before being sentenced

And while Oranga Tamariki says they have addressed these problems, the high number of young people detained in facilities before they’ve been sentenced remains an issue. Overall, 75 percent of young people are there on remand. Most commonly, this means they have been charged, but have not yet been sentenced or even found guilty - typically because they are awaiting a court date or have been placed there on a court order for further observation.

“These people haven’t been sentenced, so there is a due process problem,” Tania says.

“It is not justice.”

Children’s Commissioner judge Andrew Becroft has repeatedly criticised the practice. They were designed only for holding those whose charges had been proved, judge Becroft said previously.

Despite that, in 2019, he noted secure youth facilities had become the default option for holding young people waiting to be sentenced.

Additionally, some young people are also detained when they have nowhere safe to stay while going through the youth and district court system.

Tania says more resources should be dedicated to community remand homes, where young people who get into trouble with the law can work with social workers while remaining connected with their school and family.

“Young people who don’t have safe home environments are the most likely to get trapped in the justice system, but they need somewhere else safe and supportive to be,” she says.

Currently, there are 17 remand homes in New Zealand, each with four to five beds.

Tania says these have been effective, and further resources need to be put into them to ensure kids end up here instead of secure facilities, or even worse, a prison cell.

Recent reporting from RNZ also looked into the issue, and found when police did not have access to a safe place for young people to go, they were placed in police cells. The Children’s Commissioner and Green Party MP Golriz Ghamaran have called for an urgent repeal of the law enabling the youth court to remand children into police custody.

Systemic racism: up to 90% Māori and Pasifika

“We see this issue across the whole justice system, there is a deep issue of systemic racism in the people who are not given the benefit of the doubt,” she says.

“Māori are subjected to much harsher or more skeptical lines of questioning. As opposed to young pakeha where diversions are considered first and foremost.”

Oranga Tamariki admits there have been problems in the past with young people being sent to secure youth justice facilities for minor offences. However, the agency’s regional manager youth justice, Ben Hannifin, says this is now a rare occurrence - particularly following a ramp up of community remand homes from 5 to 17 since 2019.

“The intent of the youth justice system is to keep young people away from the escalation into facilities like residences and then as adults into correctional facilities,” Ben says.

“The more we can keep young people in their homes, or community facilities, the better the outcome.”

According to Oranga Tamariki, the average first admission into a secure facility is five years after a person enters the youth justice system.

“They have been through diversions with the police, been through community services, and have also often been excluded from school for several years,” Ben says.

“Often the barrier that brings them in is an escalation of the seriousness of their offences. Very rarely do we receive a young person without a long history of interventions.”

‘It’s a collection of needs’

As to the high number of young people on remand in facilities, Ben says those decisions around length of stay are determined by judges.

“The remand time often extends because you pick up a lot of other complexities that can’t be identified in a short amount of time - things like mental health, neurodisabilities or head injuries.”

“Those specialist reports take a long time, and so the judge might get those details and decide it is not time to release them to custodians,” Ben says.

He also touches on the high number of Māori and Pasifika in facilities, but stops short of discussing systemic racism.

It’s a “collection of needs” like Māori and Pasifika often living in lower socio-economic communities with higher incidence of drug and alcohol abuse, school dropout rates, and gang activity as a possible explanation, Ben says.

“A lot of the young kids we’ve got in our care, their brothers have been through it, their parents are in prison. There is a real sense of foregone-ness to some of these young people's stories.

“The intent of the youth justice system is to keep young people away from the escalation into facilities like residences and then as adults into correctional facilities.”

Māori are more likely to be victims of a crime, a study confirms 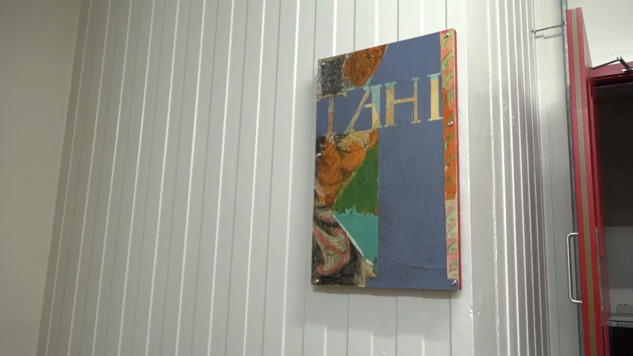