Last year we saw the dire situation for many people living in student accommodation in New Zealand. Students across the country were charged for university accommodation they couldn’t live in due to Covid-19 restrictions, with some students reporting they were told their grades would be withheld if they didn’t pay.

This situation, in addition to concerns over inadequate mental wellbeing support at halls of residence, highlighted a need for greater regulation of student accommodation. This prompted a parliamentary inquiry, led by Green Party Tertiary Education spokesperson Chlöe Swarbrick, into the state of student accommodation at New Zealand universities.

“We heard some really harrowing stories during our inquiry from students who spoke of discrimination, poor treatment with mental health disclosures and experiences far short of the inclusive community and support promised in marketing,” says Chlöe Swarbrick.

The inquiry, held by the Education and Workforce Select Committee, submitted its recommendations in a report yesterday.

The recommendations include requiring student accommodation providers to be more transparent about what facilities and services are available, and establishing an independent dispute resolution process.

Elliot Harris, a Victoria University graduate who contributed a submission to the inquiry, says the committee’s report seems to “tinker with the edges of the system without actually fundamentally transforming it.”

Regarding the report’s first recommendation, he agrees that improving transparency is beneficial for students, but “transparency for transparency’s sake doesn’t really guarantee accountability.”

Students have also advocated for protection under the Residential Tenancies Act (RTA), and some are disappointed this was not part of the recommendations.

While the report recommends the forming of a new, independent dispute resolution process which can fill in the role of the Tenancy Tribunal, students would still have to go through the university accommodation provider’s internal complaints process first.

Harris says this “could be a potentially traumatising experience for students who are on the wrong side of a power imbalance.”

“Students currently have differing rights depending on their institution and have no clarity on what they’re entitled to. Putting halls under the RTA would solve many of these challenges and we are disappointed that the Committee went against the recommendations of students.”

Lessells says the committee has also “chickened out of making a recommendation” for student accommodation being not-for-profit. This is despite students who were part of the inquiry “overwhelmingly recommending” for this to be the case.

Ultimately, Lessells says the committee’s report “does not challenge the status quo of students being treated as cash cows by accommodation providers."

Chlöe Swarbrick says that the Green Party was the only party to support a not-for-profit model for student accommodation as advocated by student representatives during the inquiry, but this did not make it into the committee’s final set of recommendations.

The Government is expected to respond to the recommendations by August this year.

Renters rights have improved from today 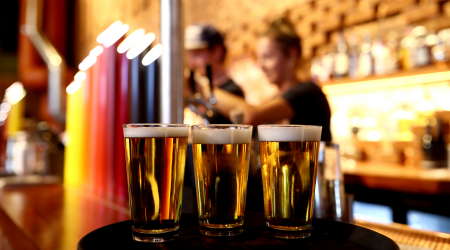