The generational divide between younger and older New Zealanders is highlighted in new research that looks at the fairness of life.

Boomers were also more likely to expect that life should be fair.

Some of the biggest reasons why young people in the survey didn’t think life was fair were things like discrimination, government policy, capitalism, and just plain bad luck.

It could also be that in the last year alone, house prices have gone up by 25.2 percent making it even more difficult for younger people to become homeowners.

Or that university was free in New Zealand until 1989, which many boomers took advantage of, but now the total student loan debt is $16 billion.

Or maybe that climate change is here and getting worse.

I ran an informal poll on Instagram asking if people thought life was fair. 24 of the 26 respondents were under 30, and 70 percent of them said life wasn’t fair. I spoke to some of those young people today to get their whakaaro (thoughts on the topic).

“There are definitely not as many opportunities as there were for the older generation because there's a lot more rules and procedures you have to follow,” says 29-year-old Tamatekapua Thomson. “But I still think life is fair, fair is what you make it yourself, life will only be as good as what you put into it.”

“My first memory of realising the world's not fair was seeing World Vision ads on TV when I was a kid, and just thinking WTF does that exist?” says 28-year-old Lena Solomon.

She says, “I don't expect life to be fair, and I think it just shows a bit of a generational divide between that generation being told: if you do this, this, and this, you'll have a good life. Whereas maybe for us, we've had a bit more of a critical view on that. We knew that to not be true, you could do these things and life’s not going to be fair back.”

Others say we have to make do with the hand that has been dealt.

“Life is fair because, at the end of the day, life is what you make it and how you choose to live it,” 18-year-old Anipātene Williams says.

Less than half of NZ teens live with both their biological parents, study finds

Māori, disabled and sexually diverse people more likely to be victims of crime 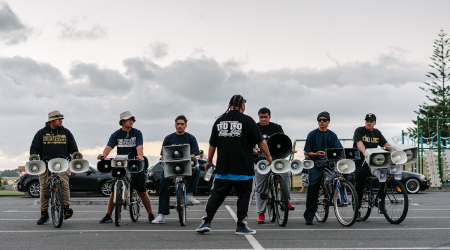