The latest report from the world’s leading climate change authority, the IPCC, shows climate change is here, it’s going to get worse, and there is no doubt it has been caused by human activity.

The United Nations Intergovernmental Panel on Climate Change (IPCC) have released their latest report, based on over 14,000 pieces of evidence that have been reviewed by 234 climate scientists around the world.

The IPCC is the world's leading climate organisation, and is funded by 195 countries (including New Zealand) to analyse climate change research in order to understand its causes and effect on our world, and possible fixes.

The report says “it is unequivocal that human influence has warmed the atmosphere, ocean and land.”

The report says naturally-occurring climate change since 1850 has been between –0.1°C to 0.1°C.

The last four decades have gotten increasingly hot as we have continued to produce more and more greenhouse gases.

In 2019, atmospheric carbon dioxide concentrations were higher than at any time in the past two million years, which is 1.7 million years further back than humans even existed. 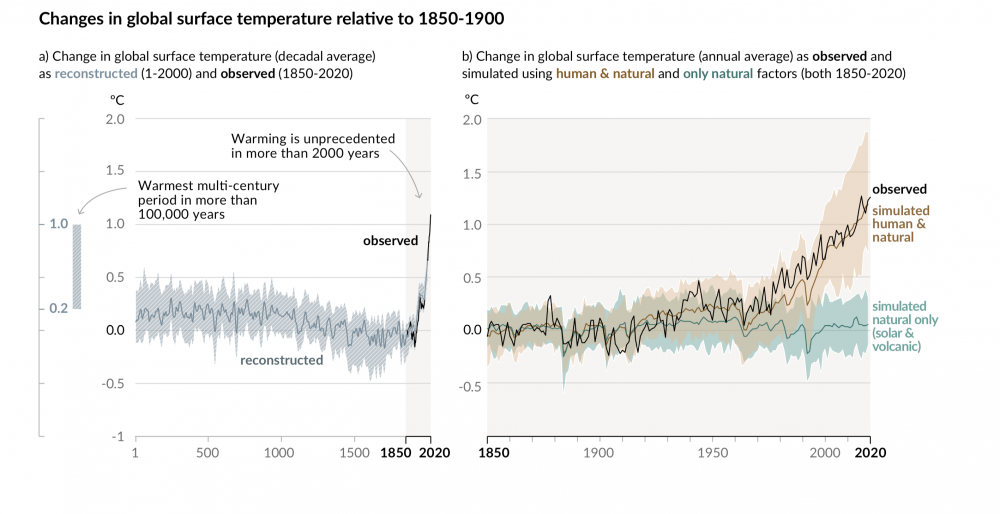 We’re only 0.4°C away from the maximum rise we can tolerate

Through three decades of research with hundreds of the best scientists in the world, the IPCC determined in 2018 we need to stop the world getting more than 1.5°C hotter than it was in the 1700s, before the industrial revolution when we started burning large amounts of fossil fuels like coal and oil.

This latest report, released Monday August 9, found the world has warmed a likely 1.1°C above pre-industrial levels. So we’re only 0.4°C away from the maximum rise we can tolerate.

We are already experiencing the effects of that rise. Instances of weather extremes have increased, like heat waves, extreme rainfall, droughts and tropical cyclones.

1.5°C may not seem like much, but small differences in average global temperatures have huge consequences for all life on the planet. Here are some key projections for what we would happen if we overshoot 1.5°C and hit a 2°C rise instead:

The report found there has been a 1.1°C rise in New Zealand since 1910

With that, there has been an increase in heat extremes and a decrease in cold extremes, and so snow cover has decreased and is projected to decrease further.

That has brought heavier rainfalls. The amount of annual rainfall has increased - particularly on the east coast of the South Island.

The whole country is receiving much more instances of extreme rainfall, leading to flooding. The report says there is a good chance this is going to get worse.

That is because warming is projected to continue here and around the world.

Under all scenarios considered, the IPCC says global temperatures are going to continue to rise until at least 2050.

The world is going to exceed not only the 1.5°C rise, but 2°C and beyond, unless deep reductions are made in greenhouse gas emissions.

Stabilising this temperature rise will require us reaching net-zero CO2 emissions - where every molecule of CO2 we produce is reabsorbed (most likely by trees).

The report also highlights the importance of reducing methane emissions. In all scenarios, the IPCC says deep reductions in the amount of methane produced, along with reduction in other greenhouse gases, will lead to the planet cooling down.

For decades, the discussion about climate change has been about avoiding the point of no return. This report illustrates that we have already passed it.

Changes we have made to our world, and particularly the health of our oceans, sea level and ice sheets, will take possibly thousands of years to return to normal.

Without immediate action, the IPCC report says these irreparable damages will only get worse.

In response to the report, New Zealand Minister for Climate Change James Shaw says the scale of the Government’s response will be equal to what the report says is necessary.

“We must use this chance to review progress and make sure the actions we are committing to will cut emissions in line with what the latest science requires. Anything less will not be enough.” 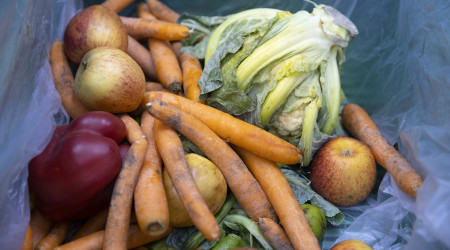