Covid has meant nearly 40,000 people have accessed the jobseeker benefit, nearly half of them for the first time. One million New Zealanders have been given government support through the wage subsidy. With unemployment expected to hit 9.8 percent by September, is it possible we will finally see an end to our benefit-bashing attitude?

A quick scroll through Facebook comment sections shows criticising beneficiaries is a bit of a hobby in New Zealand. “NZ makes it soooooo easy to do nothing and get paid”, comments say. “We have created generations of lazy KIWIS,” and “It's not fair on people who work hard”.

When the government rolled out the wage subsidy in response to Covid-19 a million New Zealanders were given a lifeline. While only temporary, it has kept many people afloat.

Victoria Quade hopes that with so many people now relying on government support, the way beneficiaries are treated could change. The 62-year-old has had to use the benefit multiple times over the last 16 years and the stigma of being a beneficiary has made her feel “ashamed”.

Despite recently completing her Masters in education where she trained in teaching adults and then retrained to teach English as a second language, she has struggled to find a stable income.

Victoria Quade would love to find a job, but instead she’s been shamed for needing government support.

Since 2013, Victoria has taken any work she can find, but it's usually short-term contracts and sporadic part-time work as a tutor or relief teacher. She says getting hired for an entry-level job in her 60s feels almost impossible.

“I am someone who would love to have a full-time job and all that came with it. Instead, I work part-time. I do volunteer activities. I get depressed. I get in debt. I keep going.”

Since February more than 40,900 people have gone on jobseeker support payments. Nearly half have never been on a benefit before, or hadn’t been on one in the last decade. This new wave of beneficiaries were also more likely to be Pākehā and higher earners.

The 2020 Budget predicts up to 9.8 percent of the population will be unemployed by September, a drastic increase from the 4.2 percent it was earlier this year.

Victoria wonders if the stereotypes around beneficiaries being lazy or unwilling to work will be challenged as more New Zealanders experience what it is like to be a beneficiary themselves.

“What some people are experiencing for the first time is what others of us have been going through for some time,” she says. “Money is about choices. Not having money just takes away some of those choices. Maybe as more people experience what this is like, it will get rid of those stereotypes.”

But it’s possible there won’t be much sympathy, as many New Zealanders don’t consider the wage subsidy to be a benefit at all.

22-year-old Reuben Morris works at a gym that couldn’t open during lockdown. He received the wage subsidy, but sees it as compensation rather than a benefit. “If the government says I can’t work, then they need to pay me because they have taken away my ability to make money.”

He’s never been on a benefit before. "[The wage subsidy] doesn't feel like a benefit in the truest sense of the word… I guess people that are already getting the proper benefits would feel similar. But theirs is usually more of a fight.”

Author of Social Security and Welfare Law in Aotearoa, Māmari Stephens says despite the wage subsidy being issued by Work and Income it is technically “not really a benefit”. Instead, she called it a “discretionary government grant”. 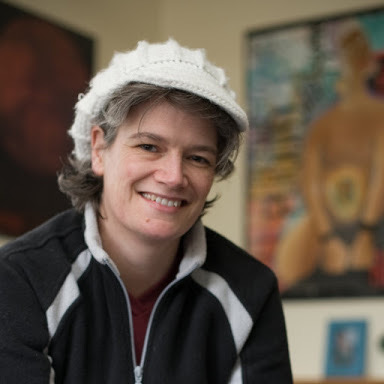 Māmari Stephens says beneficiaries are often seen as “them” rather than “us”.

So what makes it different?

“I think the wage subsidy is conceptualised as compensation, which is why it's not taxed like a benefit. And I think this is really telling,” says Māmari.

Unlike the majority of welfare benefits that are taxed before the beneficiary receives them, the wage subsidy is GST-exempt and businesses don’t have to deduct anything for income tax purposes.

Māmari believes this is partly because the wage subsidy is viewed as compensation, not a handout because people have “suffered a shock”.

But to be fair, many benefits are also issued after a shock. So why is government support during a pandemic considered compensation, but before Covid-19 it was a handout?

The wage subsidy exists because there has been a crisis that has affected people's ability to work, through no fault of their own. And although it may be on a larger and more publicised scale than other crises, at the crux of it, beneficiaries like Victoria receive government support for the same reason.

When asked if the wage subsidy should be considered a benefit, leading poverty and welfare academic Jonathan Boston replied, “does it matter?”

“The basic proposition here is that the government should assist people in need. We have an emergency situation with Covid-19 which has placed the livelihoods of lots of people at risk. But whether you want to call it a welfare benefit or not, from my perspective, is secondary.”

“It's a form of social assistance to meet obvious and urgent needs.”

So if it’s all social assistance in some shape or form, why is the wage subsidy a lifeline, but the benefit a dirty word?

According to Māmari, there’s a perception that “undeserving” beneficiaries are getting something for nothing. And even though it’s often far less than what others have, people often see this as unfair.

The discourse that benefits are unfair handouts for undeserving people stems from the misconception that beneficiaries do not work, have never worked or don’t want to work. So some assume beneficiaries have never contributed to the system that supports them. Victoria’s story is one of many cases that shows this is far from the truth.

Benefits can also be seen as unfair because people who have made contributions to the system are often not entitled to a payout, because it is means-tested. This means a person, and their partner, need to prove they are relatively poor to be eligible for most benefits. In other words, if you lose your job it doesn’t matter if you have paid high taxes for 40 years. If your partner's income is seen as being enough to support both of you, you won’t be eligible for anything.

Taking advantage of the wage subsidy is far less controversial because you’re only eligible if you were actively and recently contributing to the system. And no matter how high you or your partner's salary is, if your employer saw a 30 percent drop in their revenue, you were entitled.

Jonathan says the wage subsidy, along with ACC, are perceived as more fair and legitimate systems because there is a clear connection between your contribution and the benefits you receive, so only the “deserving” have access. Whereas with welfare benefits, this connection is unclear or often disregarded. 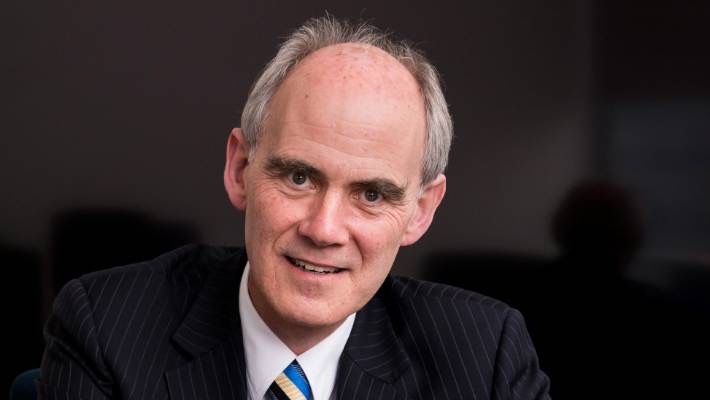 If we don’t recognise the wage subsidy as a benefit, is there any hope it will challenge our culture of benefit bashing?

Māmari isn’t hopeful the wage subsidy will ever knock down the “us and them” barriers. “Maybe I'm being pessimistic, but I feel we are a lot more likely to retain this radical egalitarianism. ‘If you are working then you are deserving’, this division is so deeply ingrained in our country.”

If anything, she says it will be the drastic rise in unemployment beneficiaries that could shake things up. Documents released to RNZ earlier this month show Work and Income are preparing for 300,000 more jobseeker benefits.

Beneficiary advocates say the government needs to do more to help those living on a benefit. The government increased benefits by $25 a week in response to Covid-19, but advocates say it’s still not enough to live on. A single adult on the jobseekers benefit receives $250 a week after tax, and can also get an accommodation supplement of between $63 to $165. It’s not exactly living large, especially when a single room in a shared flat is close to $200 in most of our major cities.

The New Zealand Council of Christian Social Services criticised the 2020 Budget for the lack of structural change to the welfare system, saying it will lead to more strain on crisis support and social services. “The Budget has maintained the benefit status quo, with only small increases to income. As a result of this lack of change many more New Zealanders will be impacted by poverty and hardship,” says executive officer Trevor McGlinchey.

Because Covid-19 unemployment will affect tens of thousands of people from different classes and ethnicities, Māmari says a sense of shared experience is our best bet at challenging people’s prejudice of beneficiaries. People forced out of work, some for the first time, will experience first hand how hard it is to survive on a benefit and how it feels to have every purchase be judged. Some might see what it's like to not be given an opportunity.

“If anything could change hearts and minds, that would,” Māmari says. “But when it comes to the economic recovery, I don't think that sense of shared experience and vision is actually going to last very long. I think it will be short-lived.”

If mass unemployment and over a million people relying on government support can’t shift New Zealand’s attitude towards beneficiaries, what will? Will we always find a way to separate “us” and “them”, even during a pandemic?