Another person with Covid has died. Today’s new community cases are in Northland, Auckland, Waikato, Bay of Plenty, Lakes and MidCentral.

The Ministry of Health said the person who died was in their late 50s and admitted to Auckland City Hospital on November 5. They died yesterday afternoon.

“Our thoughts are with the patient’s whānau and friends at this deeply sad time,” the Ministry said in a statement.

2 previously reported cases have also been reclassified to “not a case”, so the overall increase in community cases is 176.

There are also 77 people in hospital, with 8 in ICU.

Nationally, 92 percent of eligible people in New Zealand have had their first dose of the Pfizer vaccine. 84 percent are fully vaccinated. Anyone over 12 is eligible for a vaccine.

More than 1.8 million requests for a My Vaccine Pass - the individual QR code which shows your vaccination status - have been processed.

Currently, more  than 1480 people with Covid are isolating at home. This number is expected to grow, and extra resources are being made for widespread management of cases at home.

The changes were announced by the Government this morning. The current approach has come under criticism after several people with Covid in Auckland died at home, while others who’ve tested positive have outlined serious difficulties about being in households where they can’t practically isolate others in their homes.

Under the new “Care in the Community” approach, the Government says those who can isolate at home with Covid will:

Health Minister Andrew Little made the announcement and said household contacts of an infected person would also need to remain isolated for at least 10 days. They would be checked on by the households “dedicated health contact”, he said.

From December 1, there will also be wider use of rapid antigen testing, enabling people to find out quickly whether they have Covid and need to isolate.

Associate Health Minister Ayesha Verrall said as Covid spreads throughout the country “testing, tracing and quickly isolating cases and their contacts will be all the more important for protecting whānau and communities”.

Nasal swab tests would remain the primary diagnostic test, but this would be supplemented by saliva-based PCR testing, rapid antigen testing and rapid PCR tests, she said.

A PCR test is the most accurate type of test, however results take longer as the sample must be sent to a laboratory to analyse. Rapid antigen tests are less accurate, but results can come back in 10 to 15 minutes.

Minster Verrall: “From 1 December, businesses will be able to directly source from authorised suppliers approved rapid antigen tests for use within their workforce. These tests will be more widely used across our health system, including aged residential care.”

Rapid antigen tests would also be available at pharmacies from December 15, and people could administer them while supervised by pharmacy staff, she said.

Importantly, a PCR test would still be required to confirm a positive result, she said.

Under the traffic light system, there would also be changes to testing requirements. For regions at the Red and Orange setting, there would be a focus on symptomatic testing and surveillance testing.

For regions in the Green setting, the focus would be on surveillance testing so new clusters and cases could be identified quickly, Minister Verrall said.

In addition to the new approach, Minister Little also announced funding of up to $300 million for new medications to treat Covid.

“As we move to the traffic light system, reduce restrictions, and remove the Auckland boundary, people will be travelling around the country in the months to come and we will see more cases across the country,” he said.

“The vast majority of people who get Covid will have mild to moderate symptoms and won’t require hospital care, but we need to make sure those recovering at home have the support and medicine they need to recover safely, and that others in the household are safe as well.”

The Government has also set aside $204.1 million in welfare support for those isolating at home.

While specific details were not released in this morning’s announcement, Minister for Social Development Carmel Sepuloni said the funding was for “region-specific, locally-led responses”.

Information about how to access welfare support would be provided when someone had a Covid test. If a positive result was returned, the person would also be contacted by someone to assess their needs, Minister Sepuloni said.

Under this approach, the Ministry of Social Development would also work with local partners, providers and community groups to deliver support.

“We know that we will need to take a locally-led approach specific to each region and community. This funding will support this approach by empowering our local partners and organisations to deliver welfare support,” she said.

NZ will move to traffic light system on December 3 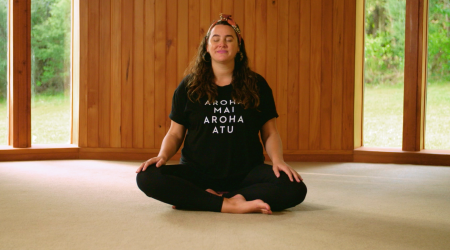 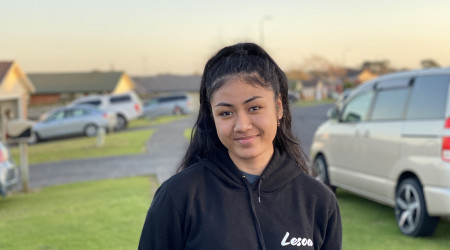