About 800 essential workers at Countdown’s major distribution centres are asking for a pay increase to match the rising cost of living, after the company recorded a net profit of $202 million in the 2019/2020 financial year.

The workers, who have maintained the supermarket’s supply lines throughout Covid, want a 4.9 percent pay increase to match the rise in the cost of living.

Staff at the supermarket company’s two Auckland distribution centres at Māngere and Wiri began strike action at midnight Tuesday. On Wednesday, about 100 had formed a picket line outside the Māngere centre. The workers are represented by First Union, and have rejected Countdown’s offer of a 3 percent pay increase in negotiations for a new collective agreement.

Instead, they’ve asked for a 4.9 percent pay increase - in line with the latest Consumers Price Index (CPI). The CPI is calculated by Stats NZ and measures the changing price of goods and services bought by New Zealand households.

Jared Abbott from First Union says distribution centre workers believe the pay request is fair, particularly given how busy supermarkets have been throughout Covid, and the essential nature of work being carried out.

“They’ve been working throughout the entire pandemic, even when it was full Covid in the community, without people vaccinated, they’re working alongside about 500 people on any given day, risking themselves to get food to the public.”

Supermarkets have made a lot during Covid

Notably, Countdown - which is owned by Australian company Woolworths - has done well during Covid. Towards the end of the first wave of the pandemic, it reported an increase in its net profit of $20 million (11.2 percent) for the 2019/2020 financial year. Overall, it recorded a net profit of $202 million for the 12 month period.

The supermarket chain has also pleaded with people to shop normally at different points during the pandemic, after excessive demand and bulk buying overwhelmed stores and supply chains.

Abbott says contract agreements at all four of Countdown’s distribution centres in New Zealand are up for renewal.

The Māngere centre is the largest, with about 550 workers. It services all the company’s supermarkets in the upper North Island. The Wiri site, which has about 250 staff, is the national distribution centre and services the rest of the country. There is also one distribution centre in Palmerston North and one in Christchurch.

Collectively, just over 1000 workers make up the Countdown’s workforce across the four centres.

“We’re expecting if this does drag on, the Palmerston North and Christchurch distribution centres are also likely to be shut down,” Abbott says.

“They want the company to be incentivised to put a bit more of the money back into our communities and take less of that money that they’re sending over Australia for profits.”

Countdown, alongside New Zealand’s other major supermarket company Foodstuffs (owners of Pak’n Save and New World), is also under increased scrutiny from the Commerce Commission and the Government.

The Commerce Commission is investigating the country’s $22 billion supermarket industry and says the duopoly between Countdown and Foodstuffs has resulted in persistently high profits and shoppers paying too much.

When contacted by Re:, no one was available from Countdown for an interview. In a statement, the company said it was continuing to negotiate with representatives for workers in good faith.

“[We] have put what we consider to be a strong offer on the table for our distribution centre team.”

It did not directly comment on profits it made throughout the pandemic and whether that could be used to provide workers with a pay rise that matched the increase in living costs.

Countdown also said the strike action could result in “gaps on the shelves over the coming days or weeks.”

For the most recent financial year (2020/2021), a full breakdown of the company’s figures is yet to be made public. However, the Woolworths annual report did show a slight decline in sales at Countdown stores, but acknowledged it came after the significant, lockdown-related increase in sales the previous year.

The current strike action is for three days, due to end at midnight, Friday 26 November. 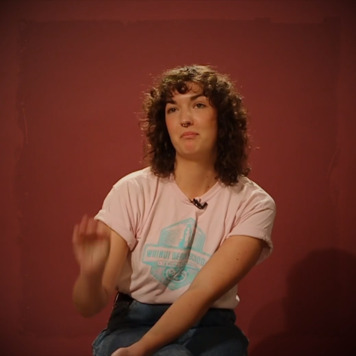 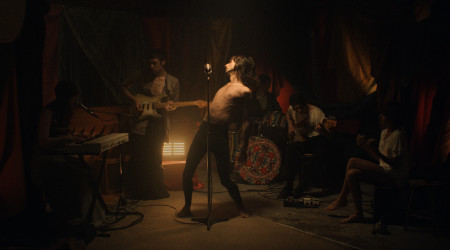