Choosing between school and work because of the need to financially support your family is a common coming-of-age for Pasifika children, writes Mariner Fagaiava-Muller.

Edgar is a Year 13 student at De La Salle College, a decile-one school in Mangere East.

Before Covid, you'd typically find him tucked away at the back of an English classroom jotting down spoken word poetry. But he’s recently traded in his blazer for a hi-vis vest.

During the most recent Level 3 lockdown in Auckland, he began working Monday to Friday at a warehouse from 7:30am till 4:00pm.

“All of my money goes straight to mum, we don’t talk about it. No complaints,” says Edgar.

“Last year, my dad passed. He was really sick. My older brother was working for his family and the next sibling down was me. We were seriously talking about what if I took a year off school to take care of my dad.”

Edgar’s a top student, receiving an Excellence endorsement in NCEA Level 2 last year. He plans on pursuing a health science degree once he graduates, but concedes that plan may change given the current climate.

“If we need money that bad, I’ll give up my dreams. I’ll put them on hold,” Edgar says.

He shares a common coming-of-age for Pasifika children who don’t have the luxury of choosing when to get their first job. Witnessing their parents in financial hardship conjures a type of unbearable pain that could never compare with a failing school grade.

This year 10 percent of Manurewa High School students did not return after the first Covid lockdown. Principal Pete Jones says roughly 200 of his senior students took up work to keep their families afloat.

But as Pete rightfully points out, the income divide existed long before the virus spotlight was shone on it.

“I’ve been working in this kura since 2006. We’ve always dealt with the transience of students leaving us and coming in over the course of the year. Covid’s exaggerated that, tenfold,” he says.

“It’s really hard for me to tell someone, ‘you come back to school, you have great potential, you can go to university’, when their families are literally thinking about how they can pay bills and put something out for dinner that night.”

Edgar says his teachers expect him to find time to complete his schoolwork around his full time work.

“I tell them my work hours and they ask why I couldn’t have completed my assessments in the time I’m not working,” he says. “Have you started this? Have you done this?”

“Me personally, I’d rather go to work than just sit around a computer. I don’t feel like school is a priority during lockdown.”

“All of my boys work too. They don’t feel supported.”

While Covid has made things worse, balancing high school and the need to financially support family has long been a reality for many young people in New Zealand.

In 2017, Lofa was the head girl of St Mary’s College, a decile-8 high school in the upper-echelon central Auckland suburb of Ponsonby.

“I just remembered us struggling a lot. Sometimes we couldn’t go to school because we didn’t have any money for petrol, nor any money for the bus,” she says.

When she was in Year 10 her grandad retired, and Lofa, being the eldest child, realised the mantle of responsibility was now hers to step up and take hold of.

On top of her prefect duties and school, she worked at Ben & Jerry’s, as well as in the Eden Park Stadium’s corporate boxes when her family “really, really needed money”.

“I wasn’t complacent. I think that I just accepted the hardships and was like maybe it is supposed to be like this? I didn’t question,” says Lofa.

That workload meant she often fell asleep in class. “I couldn’t control it, no matter how hard I tried to control it. I was tired.”

“Sometimes people think that you just come to school, do the work and then leave.”

As the Sāmoan alagaupu goes, e leai se mea e sili atu i lo lou aiga - nothing is more important than your family.

The overworked, underpaid, underclass of Aotearoa is often young and brown.

Echoes ring far and wide that the income gap always existed. Sitting across the factory lunchroom table with Edgar are the very māmās and pāpās who dreamt of milk and honey.

Waves of Pacific Island immigrants arrived on New Zealand shores from the 1950s, bolstering the manufacturing sector with unskilled and semi-skilled workers.

“Money doesn’t grow on trees. I talk to my older Pasifika co-workers that have been at the warehouse for 20+ years. Sharing stories about family. I would’ve just started on the rate they get but they have to pay for so much more,” he says.

Anger is brewing as the long brown tail of inequity within our education system only continues to grow.

Education Minister Chris Hipkins recently told The Hui that “There’s nothing wrong with those students leaving - as long as they’re going into a job that will give them a ladder, rather than a dead-end job which will keep them on the minimum wage forever.”

“What he says is so disrespectful to so many of our community, who are those essential workers, lives on the line to keep this country running,” she says.

“And how dare he speak about our people like that as if it was a last choice and not the only choice. As if it was by some failure of character that people have fallen off this mythical ladder and into these ‘dead-end jobs’.”

“How nice it must be, where it’s very easy to climb this ladder, when in fact the ladder is not necessary at all when you’re already at the top.”

The Minister backed away from the ladder remarks when approached for this story. He says that essential workers are rightly hailed as our lockdown heroes for their crucial role as the backbone of the economy.

“For those people aged 16 and over where schools may not always be the right option, I encourage them to pursue learning in other ways such as vocational pathways.”

“We have made training in targeted areas and apprenticeships free for two and half years. Apprenticeships are a great way to be earning and learning at the same time.”

“The Government is acutely aware that this may be a challenging time for many families. We have made a number of additional financial supports available for those in hardship due to Covid-19 and they should reach out to the Ministry of Social Development to see what assistance they can get,” he says.

Lofa began this year studying at Victoria University in Wellington. But the economic uncertainty of how Covid would affect her family means she’s returned home to Auckland and taken a hiatus from study.

Like Edgar, she had no time to think about the future when even the present seemed uncertain.

Being in Wellington away from her mum and younger sister - who she says are her only support system - made her feel “guilty” that she wasn’t there to in turn support them.

For Lofa, not only is monetary support necessary to keep her family steady, but physical presence in the home.

Statistics gathered as part of the Child Poverty Reduction Act show that a quarter of Māori and Pasifika children live in material hardship.

One in five Māori and Pasifika children live in homes with less than 50 percent of the median disposable household income before housing costs - compared with one in ten European children.

Pasifika children have the highest rate of severe material hardship at 14.3 percent, followed by 11.5 percent for Maori - compared to 4.3 percent for European children.

The Prime Minister’s promise to reduce child poverty was dealt a vast blow by the coronavirus’ economic shock, as the Child Poverty Action Group (CPAG) expect 70,000 more children on the breadline.

In response to Covid, the Government increased all main benefits by $25 a week and doubled the winter energy payment, the latter to end on October 1.

The supports however, are only the start to what should be the start to extensive welfare reform that drastically improves the standard of life for our most vulnerable.

The likelihood of him getting through the school system with the proper support tools are outweighed significantly by the family’s financial strain.

“It’s not fair on us Pasifika that because we’re financially disadvantaged, we can’t have an education,” Edgar says.

“The system needs an update. It’s extremely hard for us Islander boys and girls to come up in the system.”

Edgar’s mum dropped out of high school in Form 5 to pay the bills; a bitter reminder of intergenerational suffering.

Now after graduating three years ago from The University of Auckland, she’s a teacher, and the light in his eyes.

She taught Edgar and his five brothers life lessons in determination. They are the type of lessons worth staying up for even after the hardest day at the warehouse.

“Whatever I decide to do in the future, I just wanna be the best at it and meet my pinnacle,” Edgar says. 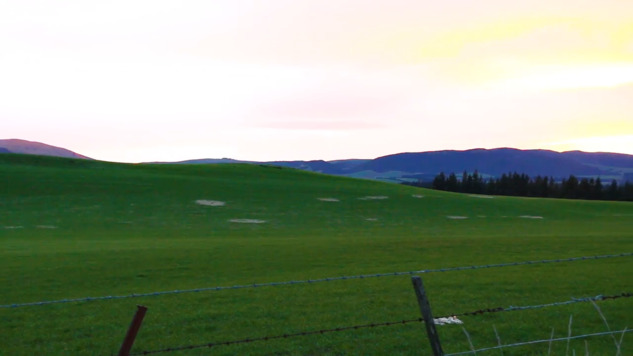 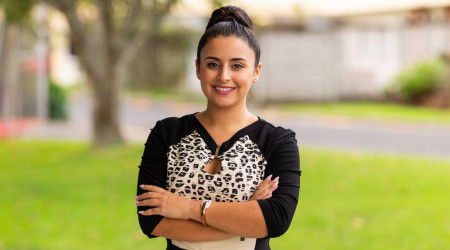