A new study has confirmed what a lot of young workers already know. We are bloody  burnt out. But with unstable employment, shitty paychecks and a culture that normalises completely draining ourselves to survive - should we be surprised?

Two years ago Lydia Cole was touring Europe as a singer. She spent her nights in crowded bars and days on trains travelling between countries.

Now she finds it hard to walk down the road without noise cancelling headphones.

“There were moments on the tour where I knew I had pushed myself too far. I thought about stopping and going home, but I kept telling myself I was nearly there. But then my body made that choice for me.”

“It’s been two years and I still haven’t recovered.”

Feeling physically, emotionally and mentally drained from your job is something that’s become far too normalised among young people. Some of us joke about crying in our cars sitting in traffic on the way to work. We shrug off the fact we borrow hours of sleep to work overtime, and no one even notices. Some of us even make memes about the crippling anxiety, exhaustion or dread we feel about going into work the next day. 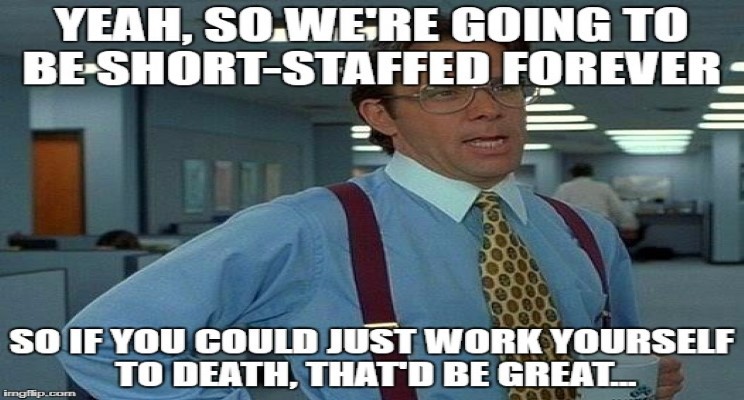 But it turns out this feeling of being all-consumed by your job is something young people are feeling more than most. A new Auckland University of Technology (AUT) study on burnout found workers under the age of 30 are 206 percent more likely to be burnt out than other workers. In fact, young people were just as likely to be burnt out as managers.

Burnout is feeling so stressed and overwhelmed by your job it impacts severely on your mental and physical health. In the study AUT business professor Jarrod Haar lists the four main signs of burnout as:

It’s a legitimate illness recognised by the World Health Organisation in its catalogue of physical and mental illnesses, the International Classification of Diseases (ICD-11), but our insistence to ‘keep on keeping on’ means we often minimise how serious it can be. 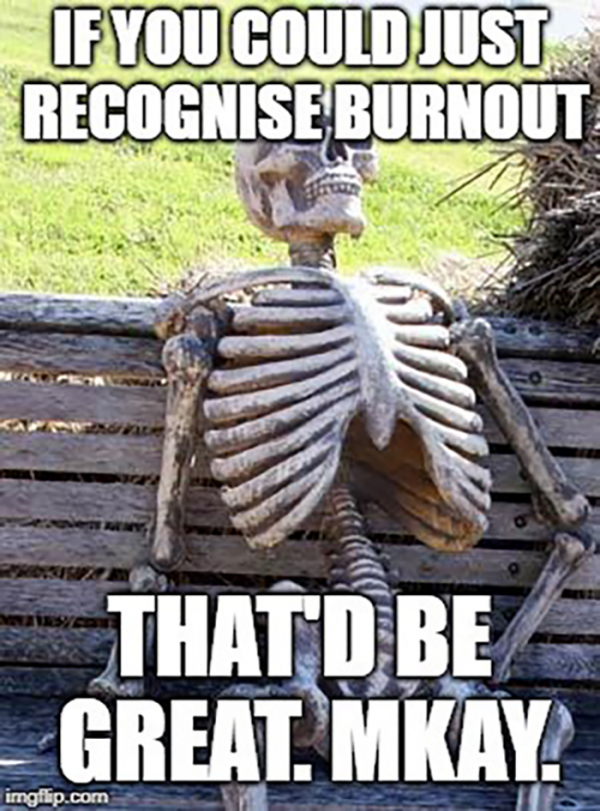 Of the 1000 New Zealand workers Jarrod surveyed, he found 11 percent were burnt out. Those who were burnt out were more likely to experience anxiety, depression, sleep issues and physical health issues like stomach cramps.

While burnout among managers is not great to hear, it's also not that surprising. With more responsibility (and usually more money), it’s hardly shocking that more stress and exhaustion comes included in the package too. But why are young people, who are typically in lower-paying jobs with less responsibility, just as burnt out? 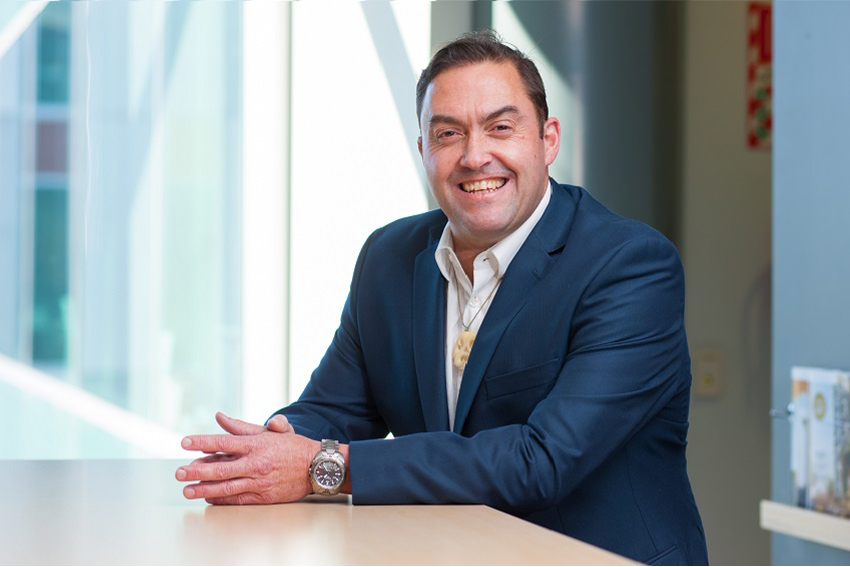 “I think it is a host of things,” says Jarrod. “But a lot is around the job insecurity particularly young people are facing.”

“Gone are the days where we graduate and are almost guaranteed a nine-to-five contract. What we are seeing today is more young people (19-29 year olds) not getting 40 hours a week paid work to start with, and maybe having to work a few different jobs just to get by. And those part-time gigs are even more vulnerable.”

The gig economy is burning out young people

The modern trend of workers not being traditionally employed by a company, but instead contracted temporarily for specific jobs is something called the ‘gig economy’. A large portion of the gig economy are young workers who do not have the luxury of relying on a predetermined pay check to arrive in their bank account every fortnight.

Freelancers, contractors or self-employed people are instead constantly lining up the next job, chasing overdue invoices and figuring out if their hours this week will be enough to cover rent.

And all this ‘in between’ work is unpaid.

Musicians are a group of workers who have had to navigate the instability and volatility of the gig economy for sometime.

In 2017, Lydia moved to Germany to pursue her career as a solo artist. She scored a specific working visa that meant she could earn money from playing music. But the catch was, she  could only make money from music. She wasn’t legally allowed to support herself in any other way.

Lydia and her partner (who was also her bandmate) booked a tour from Germany through France, Spain, Switzerland, and back to Germany again - all by train, hauling their instruments and sound gear on trolleys and staying in the cheapest accommodation they could possibly find.

By the tail end of the tour Lydia knew she had pushed herself too far. But she didn’t know what this would mean for her health. So she kept going.

“I just kept pushing. I was flying back to Germany to go on another tour, but in my mind, I had definitely hit the wall.”

“I was having panic attacks all the time. I felt really super irritable, even with lovely people all around me. I became really sensitive to sound and people’s emotions. Everything became overwhelming and I couldn't handle it. But I knew that I had to keep going to keep living there.”

Lydia’s sensitivity is actually a medical condition called SPS (Sensory Processing Sensitivity), a condition where the nervous system is constantly processing your surroundings in extreme detail and depth. So the sound of a car driving past, that wouldn’t bother most people, can overload the senses.

After being warned by a counsellor how severe her lifestyle was to her health, Lydia finally gave in and cancelled the rest of her tour and flew home to New Zealand.

Two years later and Lydia hasn’t been able to go back to work since. She’s gone from singing in noisy pubs, to not being able to socialise with other people unless they come to her home or a quiet park nearby. “And groups of people are too much,” she says. “It’s gotta be one-on-one, or maybe two.”

Young people are burning out just to survive

When the study author Jarrod saw in his data how burnt out young workers are compared to other groups, his reaction was, “Oh, crap. Wow.”

“I actually was frightened,” he says. “Often when we think about people who have burned out, we think of those corporate workaholics in suits who work, you know, 80 hours a week or something ridiculous like that.”

“But the reality is, it’s often young people just trying to afford their rent.”

“For me it was just about survival,” says Lydia. “You hear things on the TV where they sell these hypothetical realities of working for a promotion so you can buy a bigger house or better car. All that to me is just a joke. It was only ever about survival.”

Jarrod says another huge contributing factor to the disproportionate rate of burnout among young people is our more-often-than-not abysmal pay rate.

“And don't get me wrong, the money's always been crap for everybody,” he says. “But the cost of living has become so high it’s impossible for some to keep up.” 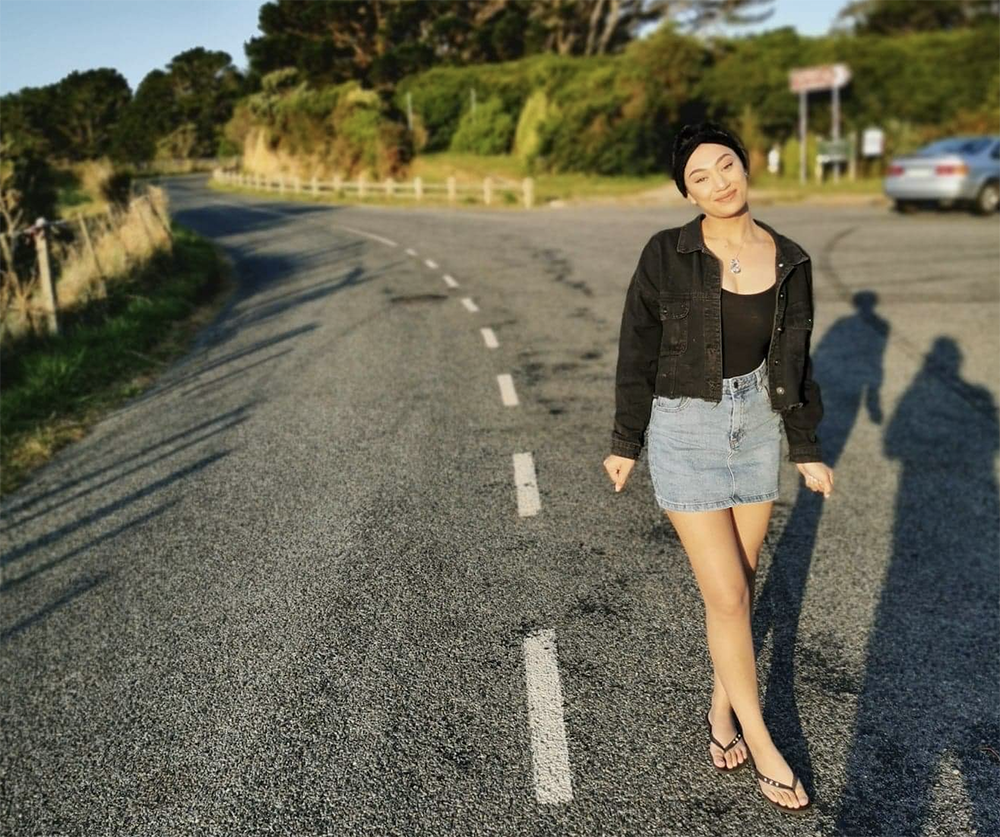 Aroha Adena is a 21 year old studying business in Wellington. Like most students, especially ones living in the most expensive cities in the country, she has to work part-time while studying full-time.

Aroha used to work casual hours as a waitress, but she says some weeks she couldn’t even afford the transport cost to get to work and university. “It was mentally draining for me, it's like having a constant burden on your subconscious. I’d get home exhausted from work and then I would sit and work out what bills I could afford.”

And things have only gotten harder since Covid-19. Aroha says she lost two jobs during lockdown, and is now reliant on the job seeker benefit as she waits to secure another job as a barista.

One of her part-time jobs ended, she says, when her employer took advantage of the 90 day trial rule. “They hired me. And I was only there for three months. And I was made redundant on the day. And I had no idea.”

“I couldn't believe it. I thought, I am going through this all again. They made me feel little, like I was replaceable.”

“I had a spark before I fell into this,” says Aroha. “But it's just gone. The spark is gone. Sometimes I don’t even want to make breakfast in the morning.”

“Some people have lost jobs. Some people have then re-found jobs. But you're stuck with that psychological scar. You can’t help but think ‘I wonder if this one will last’. That kind of insecurity does psychologically put you on edge, right? Because then you get in this whole kind of fight or flight mechanism kicking in in your brain, which is exhausting.”

He says some young people might also be dealing with ‘imposter syndrome’, where they feel less competent than others around them because of their age or experience - so they work overtime in an attempt to prove themselves or justify why they got the job.

“It’s an internalised pressure older more senior workers might not experience as much. There is this added stress that young workers have been given this ‘great opportunity’ and they are ‘lucky’ to even be in the room.”

“So you push yourself to your limits because you're thinking if I don’t, this job might disappear.”

This pressure for young people to constantly prove themselves, sometimes for just over minimum wage is a recipe for burnout. But those that are yet to experience burnout, but might be well on their way - something Jarrod calls ‘smouldering’ - may be blaśe about the consequences this has on their health.

“I know what it is like to be like ‘Oh man I am so busy, I can’t catch a break. But it will hopefully die down soon’,” says Lydia. 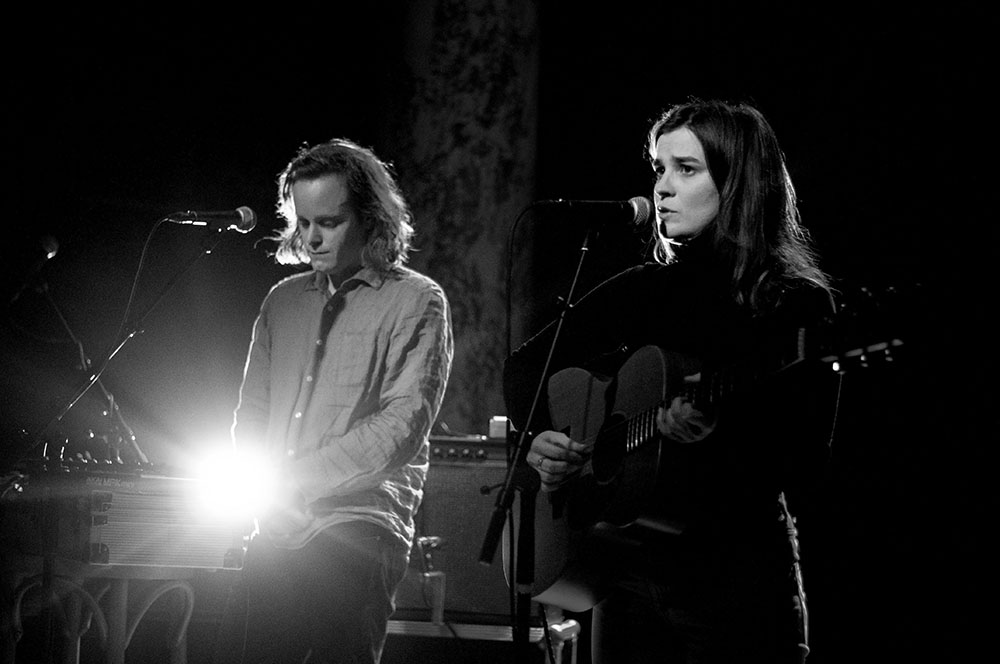 “It feels like it's not a choice that you can make to stop. But that's the thing, people burnout because they don't make that choice. Their body makes that choice for them. And when your body decides for you, your recovery is so much longer and scarier.”

Two years after burning out Lydia had her gut health tested. The doctors told her she had what is called a ‘trauma gut’.

“My doctors told me that when a person experiences long periods of distress or is carrying trauma, it can cause increased levels of acid in the stomach which over time can lead to all sorts of other physical problems like leaky gut.”

Jarrod says it is crucial burnout is talked about and treated as a serious health issue. But right now, all we are doing is normalising it.

“Instead of ‘toughing it out’ and waiting to crash. What we need to be asking ourselves is ‘Is this job worth it? Can I change the way I work? Is this the right workplace for me?” asks Jarrod.

If you're answering no, maybe it’s time to decide on a healthier work environment. Before your body decides for you.