After Covid-19, dementia is one of the most pervasive and costly health concerns we will face. But how many of us are prepared?

Too many of us can relate to the pain of watching someone’s memory fade. 22-year-old Lily Bryden saw three of her grandparents battle dementia. And although she knew it wasn't their fault, their relationship inevitably changed because of it.

“My grandma was adamant that I had come in the middle of the night and stolen her car from her,” says Lily. “Despite her forgetting everything else, that sort of information really stuck.”

“It is really hard, the relationship started to break down and I started to feel nervous and uncomfortable about seeing her.”

Dementia is an umbrella term which includes illnesses like Alzheimer's, where damage to the brain prevents brain cells from properly communicating with each other. The symptoms will differ depending on what part of the brain is damaged, but they can include memory loss, mood changes, losing the ability to think or understand clearly, concentrate, or speak.

No one wants to imagine what this would be like. So we try not to.

But our fear and discomfort around dementia is getting in the way of how we will cope with it. And we need to prepare.

Already dementia impacts four out of five New Zealand families in some way. But in the next few decades, the number of people living with dementia will nearly triple from 70,000 to 170,000. While it currently costs the country more than $1.7 billion, this is expected to rise to $5 billion by 2050.

“This is a very challenging issue. And it's extraordinary that nobody's paying attention to it,” says Catherine Hall, Chief executive of Alzheimers New Zealand. 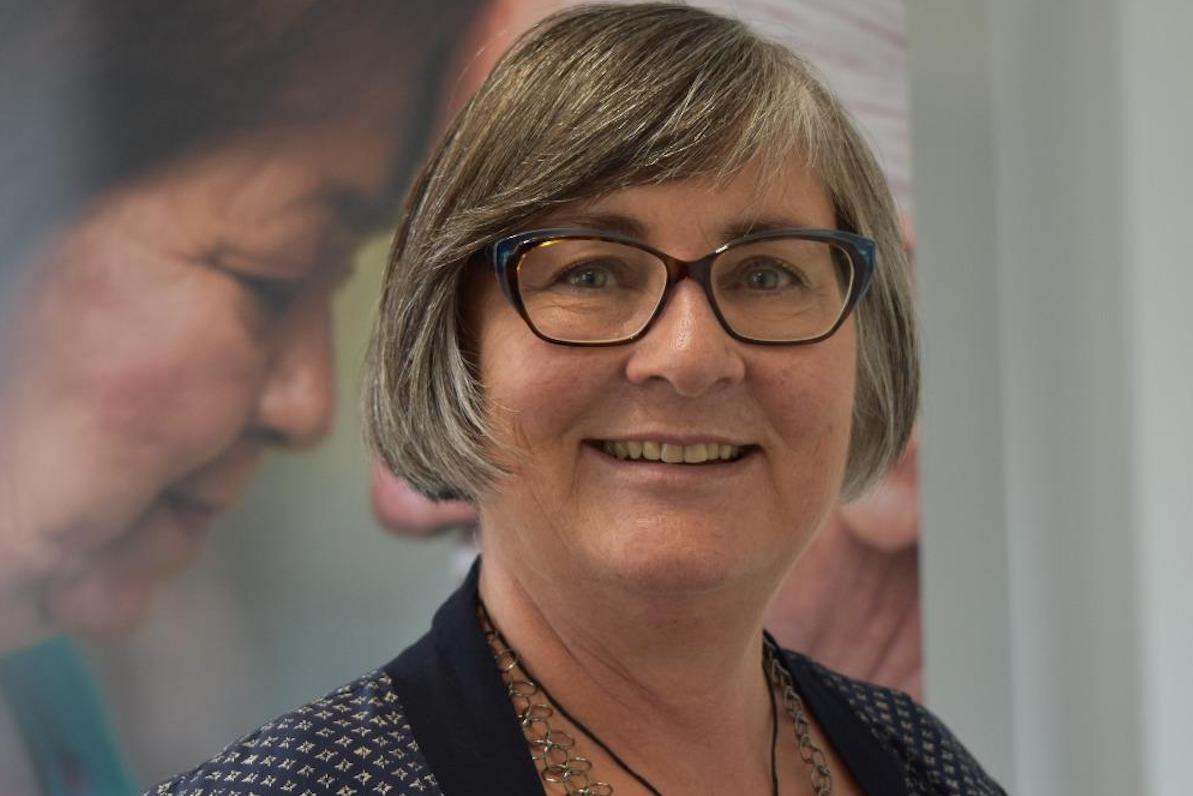 Like the rest of the world, New Zealand’s population is ageing rapidly. In 1981, less than 10 percent of New Zealanders were over 65. But by 2038, seniors are expected to make up 25 percent of our population. Although modern medicine has allowed us to live longer than we ever have before, the care we need to have a decent quality of life is struggling to keep up.

The Dementia Action Plan is the New Zealand dementia sector’s attempt to create a blueprint for the most urgent actions to support people living with dementia. Alzheimers NZ’s mission is a dementia-friendly New Zealand from the ground up and the ‘Dementia Friends’ programme is at the core of this strategy. 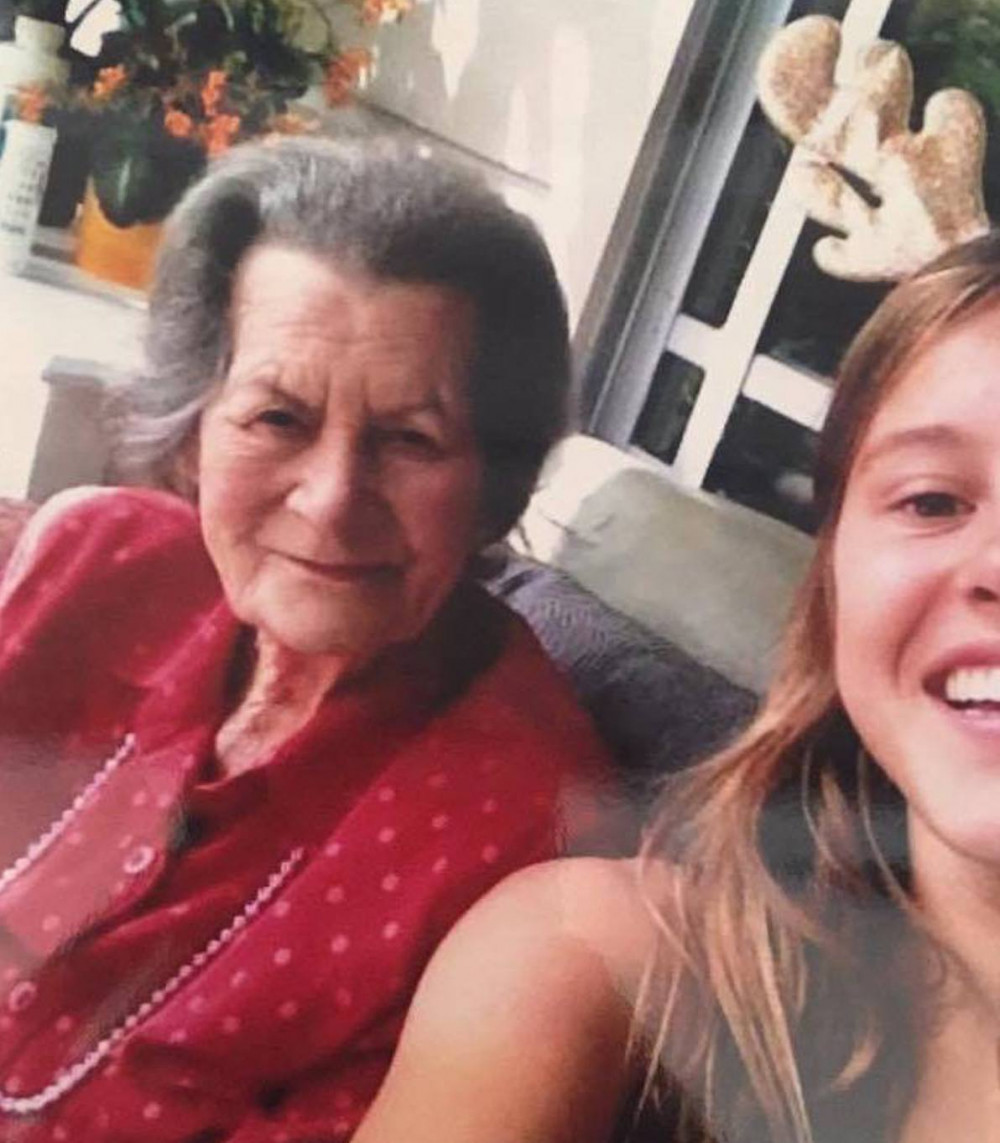 Lily with her grandma who passed away with dementia

Lily became a Dementia Friend after witnessing her grandparents' memory deteriorate and researching the impact social interaction can have on dementia for her marketing degree. Her Master’s thesis investigates the barriers and facilitators towards businesses becoming dementia friendly.

“What I have found so far, is that if we can surround the community as much as possible we will be able to hold off needing high care facilities and resources as long as possible,” says Lily. “Those living with dementia will live quality lives, and it will ease the health sector from completely overflowing from demand.”

Dementia Friends are not carers, they are anyone who wants to create a safe and inclusive society for people living with dementia. The 20-minute interactive programme, which is available on their website, attempts to break down the stigma and discomfort associated with dementia by educating people about the condition and how they can help.

Whether it's popping round for a cup of tea, or helping your neighbour with bringing in their mail, the little things can really make a difference.

Lily remembers when her grandmother was checking out her supermarket shopping and she asked the cashier if she could have it gift wrapped.

“My aunty winked at her to let the cashier know that it was fine to tell her “no”, but she picked it up right away and said “oh sorry, we only gift wrap on Mondays” and smiled. It is just the little things like this when you don’t make confusion or mistakes a big deal, that can avoid people living with dementia feeling embarrassed or unsafe.” 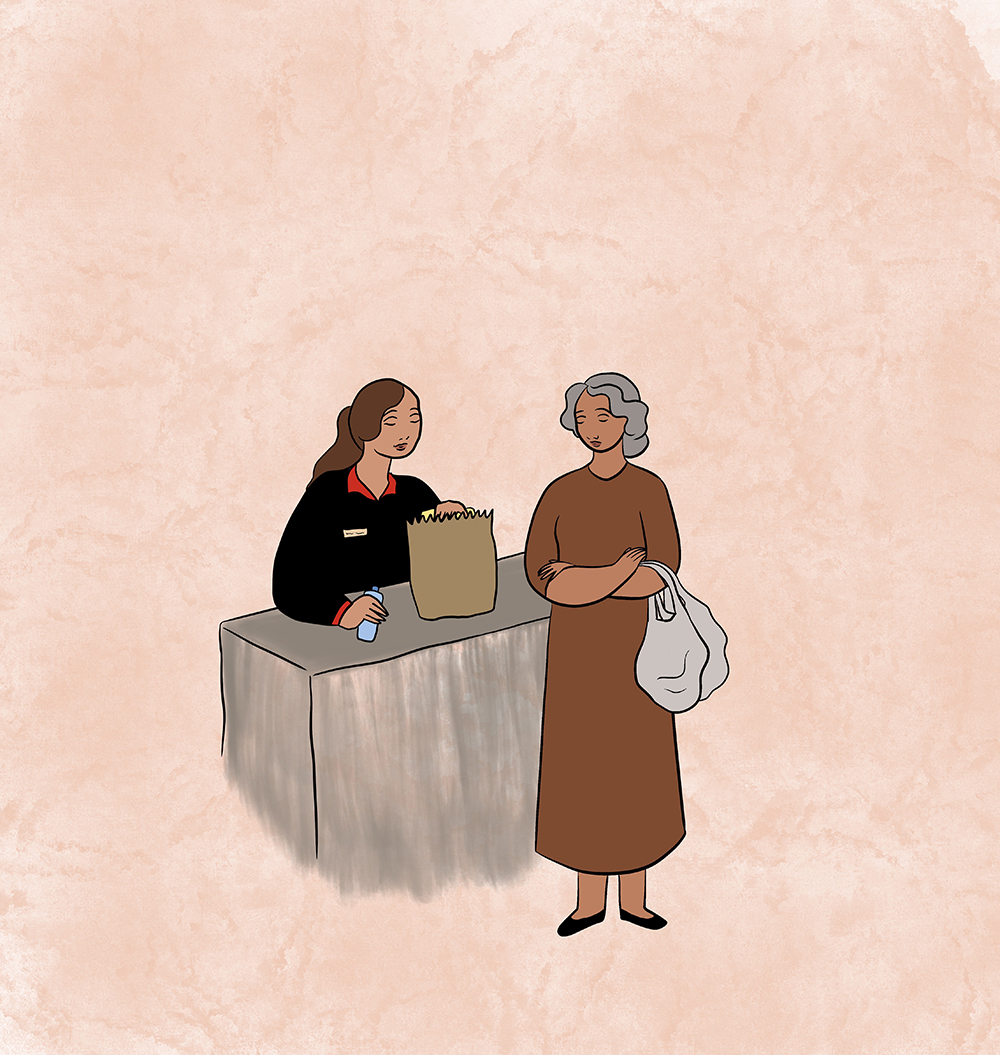 Lily's grandmother and the supermarket cashier. Illustration by @maori_mermaid

Lily says Dementia Friends has been a wake-up call for how she interacts with her own family. “People do change, and they might not be how you remember. But the same person is still there. I’m learning I need to be patient and change how I interact with them sometimes, just going with their flow.”

“I hope that when I'm more prone to getting dementia maybe the community is going to be more willing and supportive to help me live well with it.”

The reality is, we need to step up. It is clear that if nothing changes, there is no way we can care for our ageing population. There is no cure, effective treatment, or distinct cause of dementia, but allowing people to live at home and maintain routines, keep social ties and live active and fulfilling lives is the best way to delay the rapid progression of the illness, says Catherine.

“The most devastating thing that happens when you get a diagnosis of dementia is that friends and family will treat you differently,” says Catherine. “And we know that means that people become much more isolated. And if we're isolated, the cognitive decline that comes with dementia can happen even faster.”

Reducing the risk of developing dementia is just as important. While it can be hereditary and hard to prevent, having a balanced diet (avoiding too much-processed food), not smoking, staying active physically and mentally can play a huge role in prevention.

“It’s difficult to watch someone face dementia,” says Catherine. “So many of us prefer not to think about it because it is one of the conditions that people are most scared of developing. But we need to start talking about it.”

Catherine says dementia awareness is 10-15 years behind that of mental health. “It’s now common for us to talk about mental health and how it affects us, there have been huge strides in the last decade especially. Dementia needs to go on the same journey. Being hidden will only make things worse.”

This article is made in partnership with Dementia Friends.

If you want to help create a dementia-friendly New Zealand you can become a Dementia Friend by visiting this website. 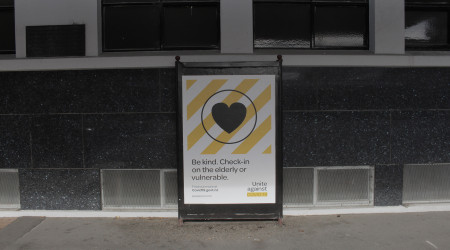 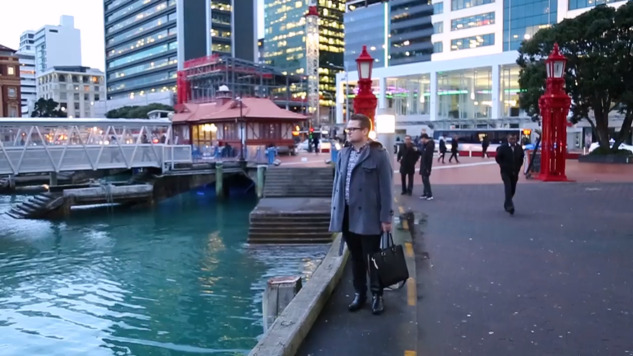