Last week a National Party bill to make medicinal cannabis more readily available was voted against by Labour, the Greens and the Māori party. Why?

On March 10, Parliament heard the first reading of an amendment to the Misuse of Drugs Act written by National Party deputy leader Dr. Shane Reti. But the bill was voted down by Labour, the Greens and the Māori party and so failed.

“Patients and industry experts tell me that they are at the mercy of expensive cannabis doctors, who are now selling low-quality cannabis gummies online in New Zealand, and cannabidiol, CBD, still needs to find an affordable and accessible pathway,” Dr Reti said in the debate last week.

His amendment proposed speeding up the accessibility of these products in a few key ways:

However, despite the legalisation of medicinal cannabis being driven by the Labour and Green parties, this bill was voted down last week by the entirety of the Labour, Green and Māori parties.

In the debate over the bill in Parliament last week, Labour said the main reason they opposed it was because they think it’s looking to fix problems they are already in the process of addressing.

The current legislation, which Labour passed in 2018, didn’t introduce a complete framework for medicinal cannabis in Aotearoa, but rather just made it legal and committed to developing the systems for doctors to prescribe medicinal cannabis and for patients to obtain and use safely.

However, at the start of 2020, a survey of New Zealand doctors showed there was still a lot of confusion about how and when GPs can prescribe cannabis, what products are available, and how patients would obtain them.

The Labour ministers who debated Dr Reti’s bill said their existing bill will already increase the availability and affordability of medical cannabis products over time, so the National one wasn’t necessary.

The Green Party opposed it because they said there were fundamental issues underlying Dr Reti’s bill.

In her debate of the bill, Green MP Chlöe Swarbrick said “the Greens are not supporting this… because, in substance, it represents a highly pharmaceuticalised, commercial model, which will not increase access, nor improve affordability for patients.”

Swarbrick spoke to Re: and said the proposed frameworks for medical cannabis all put too high a barrier on cannabis products being approved for use.

“This is a plant. It doesn’t need to reach the same pharmaceutical standards as morphine.”

She said too many barriers are being put up in order for sick people to obtain and use a plant that thousands of New Zealanders use regularly anyway.

The other issue Swarbrick highlighted in Dr Reti’s bill are the new restrictions it proposed for those who could grow medical cannabis or work in the industry.

Swarbrick said that there is an injustice in this thinking, where “the people who are penalised under prohibition, are the complete opposite of those who end up profiting in a legal market”.

The Greens fought to make sure the current medicinal cannabis bill, passed in 2018, allowed people with past convictions to work in the industry, “to apply their skill set in a practise that is now becoming legit,” Swarbrick said.

However, Swarbrick found it encouraging to have National actively pushing this aspect of the cannabis debate in Aotearoa. She said she hoped it means they will be more open to having conversations about decriminalisation. 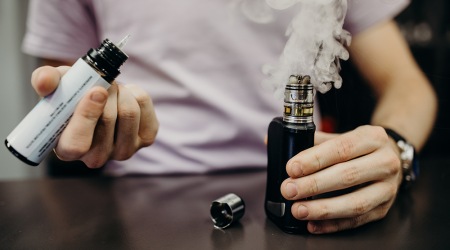