Update: Weta Workshop has confirmed all of the layoffs on Monday 4 May were Magic Leap employees - which they say is less than half of their game development team.

They have not confirmed how many staff members remain, but say they still “employ all of its programmers, producers, artists and designers, who are working on multiple projects.”

They have not said how many staff from the Weta side of the business were let go at the start of lockdown.

One of New Zealand’s biggest game development studios has had almost half their staff laid off after their international technology partner Magic Leap announced a massive 1000 person downsize.

Weta Gameshop, a partnership between Weta Workshop in Wellington and US-based technology company Magic Leap, informed staff yesterday via email that all Magic Leap employees - around half the staff -  would be made redundant.

In a statement to Re: Weta Gameshop game director Greg Broadmore says due to decisions made by Magic Leap in Florida, “a number of staff” have been let go from Weta Gameshop.

When asked how many staff were let go, Broadmore did not elaborate.

Despite this, in his statement Greg Broadmore says “With regards to Weta Workshop’s gaming division, we continue to work on great games and digital experiences.” Broadmore did not elaborate in what capacity the studio is working or if this is still in partnership with Magic Leap.

Weta Gameshop was one of the early partners with Magic Leap on developing games for their augmented reality device - a headset which layers digital spaces onto your real-world environment.

A former Weta Gameshop employee who asked not to be named, says the studio staff first found out they were in danger of downsizing two weeks ago, on April 22, when Magic Leap founder and CEO Rony Abovitz posted a blog on the Magic Leap website. In the post, Rony said due to the economic pressures of the Covid-19 pandemic, the company was looking to pivot away from consumer products and into business applications of their augmented reality device.

“To better prepare Magic Leap for the future, we have taken a close look at our business and are making targeted changes to how we operate and manage costs,” Rony wrote.

“This has made it necessary for us to make the incredibly difficult decision to lay off a number of employees across Magic Leap.” 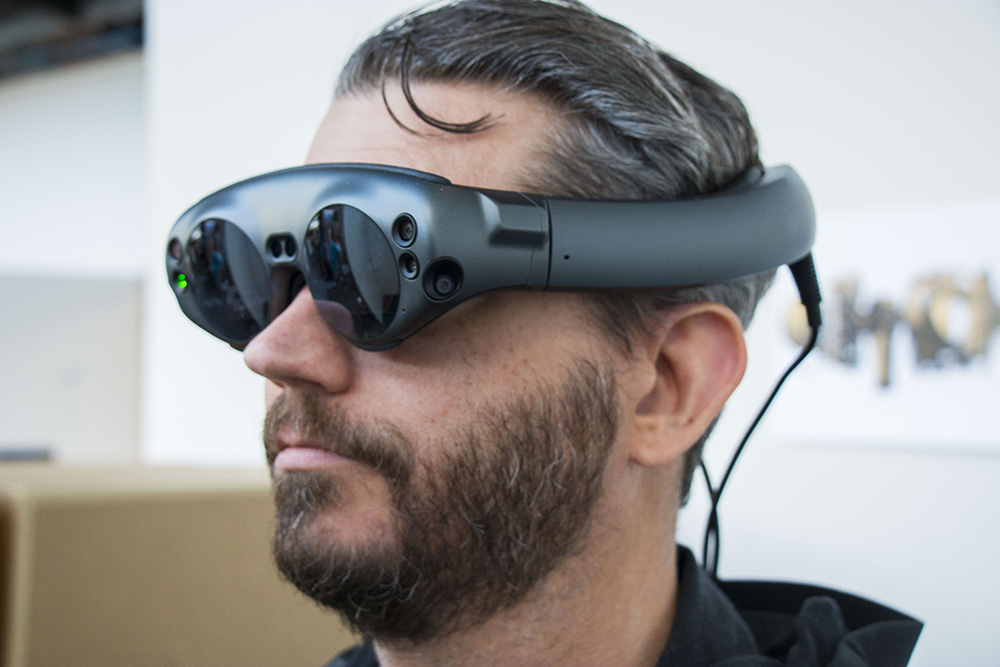 A Bloomberg article reported that around 1000 employees would lose their jobs as part of this restructure.

Abovitz’s blog post was published the same day Weta Gameshop had an important meeting with Magic Leap in the US, the employee told us. The whole studio read the blog post in the morning and then had to wait in anticipation for the meeting later that afternoon.

In that meeting, the studio was told that they were entering a consultation phase, and that a final decision would be made about the fate of the studio by the following Tuesday (April 28th).

“The understanding of what consultation meant, was that Gameshop would pitch why they were worth keeping around, and if they could justify their existence they would be kept there,” the former employee says.

“A lot of people were saying that it was just the first step to dissolving the studio.”

Tuesday 28th came and the staff were told the announcement was pushed to the coming Thursday. This also came and went without announcement.

Finally, at 9am Monday May 4, the staff received an email informing them the studio would be closed and most of the staff would be made redundant. 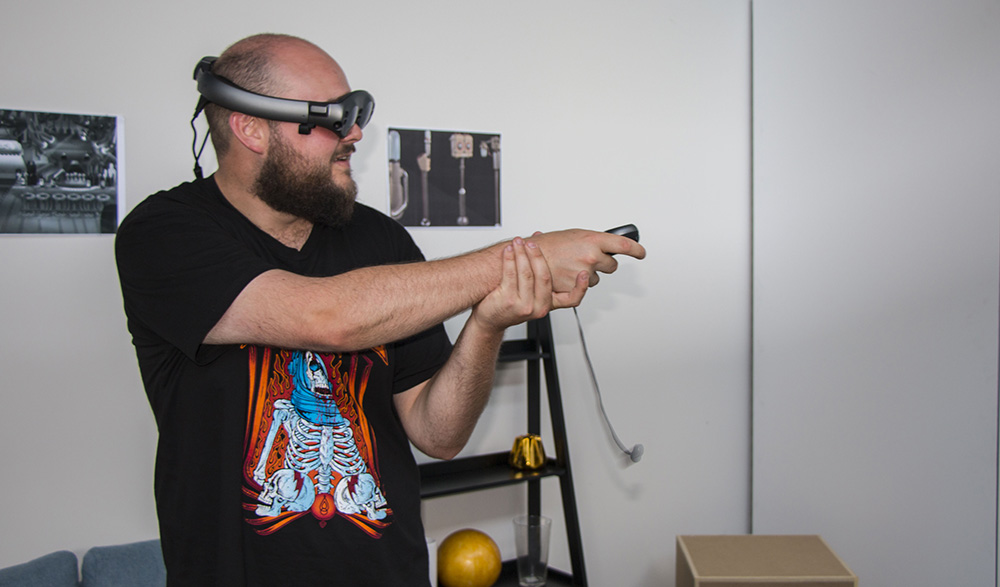 The author, Baz Macdonald, using the Magic Leap headset at Weta Gameshop in 2018.

Before lockdown, this downsizing had not felt imminent, the former employee says. This is despite a tumultuous launch and adoption of the Magic Leap device. The original projections for the launch of Magic Leap was 100,000 units sold within the first six months after the device's launch in late 2018. They only sold 6000 in that period.

The former employee says, “Last year there were some layoffs around September, and rumours of an acquisition that went around.”

Weta Gameshop’s major game release was Dr Grodbort’s Invaders. In this game, portals emerge in the walls and floor of the room you are in. Using a controller, which appears as a ray-gun through your headset visor, you must destroy these invaders. 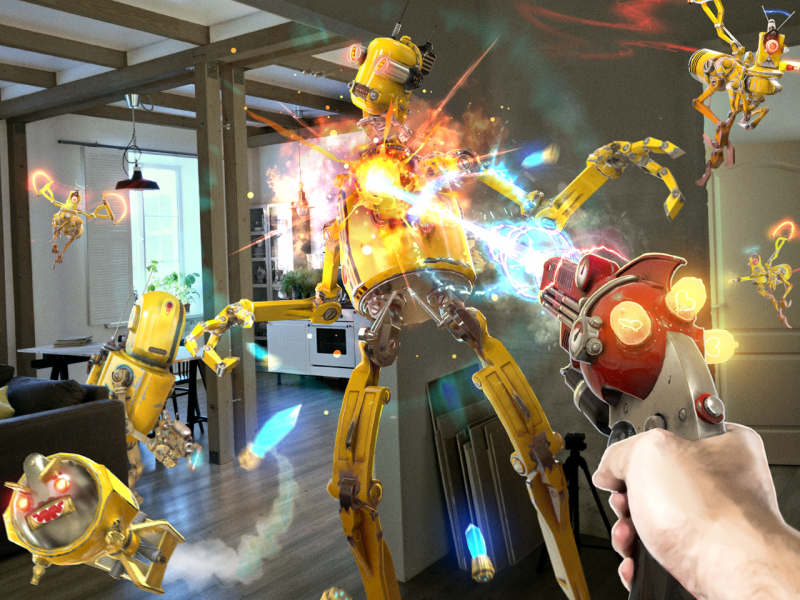 A shot from Dr Grodbort’s Invaders, the only game released by Weta Gameshop.

Even when things seemed rocky for Magic Leap, the employee says they felt reassured of their security because Gameshop was an early partner with Magic Leap, so there was a close relationship between Rony Abovitz and Weta Gameshop founder and game director Greg Broadmore. 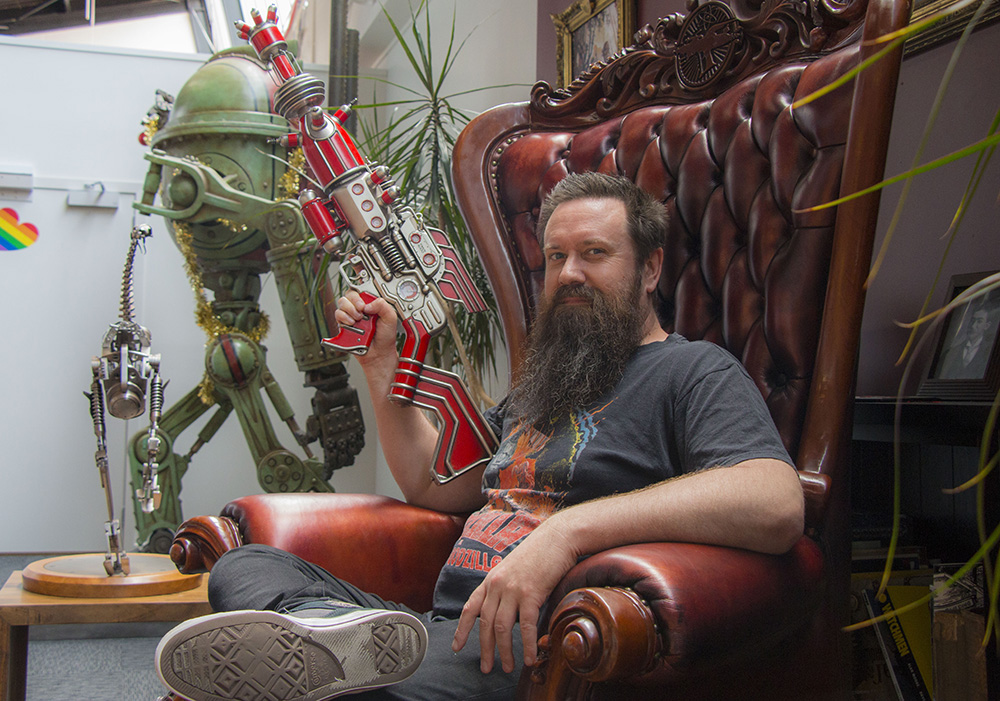 Then, at the start of lockdown, Weta Workshop laid off the entire audio team, half the quality reassurance team, and a bunch of production roles from the Weta side of the business, the former employee says.

Weta Gameshop had a unique employment composition, where almost half the staff were contracted by Magic Leap and the other half by Weta Workshop. When Weta made these layoffs on their side of the business, the employee says the Magic Leap staff still felt somewhat secure in their jobs until the blog post was released two weeks ago.

The former employee says redundant staff have banded together and were supporting each other in dealing with the stress and emotion of this closure.

“There hasn’t been a lot of toxicity - just a lot of sadness and wondering how to move on.”

In group chats, they say everyone has been sharing contacts and opportunities within the New Zealand game development industry.

Others are exploring creating opportunities for the whole team. Senior staff on the team have been reaching out to major multinational businesses in the games industry, such as Microsoft and Sony, about trying to start up a new studio in New Zealand that would use the Weta Gameshop team and keep them together.

“I don’t think anyone is really angry at either Weta or Magic Leap,” the former employee says. “People are thankful for the time they had there - which has been nice.” 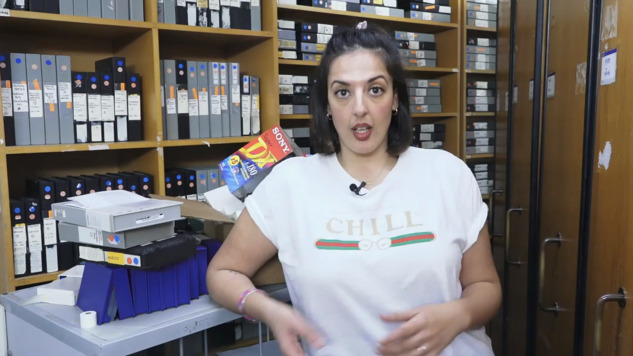