Last night the vice-president of Young ACT Ali Gammeter resigned, saying she faced months of sexual harassment. Two members of the student wing have been removed as a result. The leader of Young ACT says their response meant the organisation “failed her”.

The vice-president of Young ACT Ali Gammeter has resigned from her role, saying she has been a victim of sexual harassment. "For months I have been sexually harassed, slutshamed, and ignored,” Ali wrote in a tweet on Wednesday May 6. “I am not the only victim of this behaviour in our ranks.”

President of Young ACT Felix Poole has confirmed to Re: the organisation removed two people last night. However, he would not disclose their roles.

“I am very disappointed in our youth wing,” Felix says. “I am very sad to hear it. I think ultimately we do need to confront this issue because our youth wing does have a problem in this regard.”

In a press release, Young ACT says "prevalent and systematic incidents of harm have occurred within its organisation", and there is “justified criticism” about how members interact with each other. The group says it will create an equity policy and thoroughly investigate the reports of sexism and harassment.

The first instance of harassment was reported over a month ago, Felix says. In response, they planned to draw up an equity policy because they “didn’t have a policy or plan to deal with this kind of thing”. However, this never happened.

The second report of sexual harassment, which Felix says he was told about in the last week, made them “accelerate this process”. But Felix admits they still haven’t consulted on what the specific equity policy will look like.

“We started the process to create an equity policy a month ago when we heard about it. But we didn't really have one. And so dealing with it, we just put it to the side until we had an equity policy.”

Felix admits they should have been “more proactive at the time”. “If we really put our minds to it, we could have collaborated and written an equity policy in about a week. But we kind of left it a bit too long. And now we have suffered the consequences of that.”

He says it is possible there are more victims of harassment within the organisation. “Our understanding is that there are possibly more… We have heard things but because the victims haven't come forward themselves we are not willing to take action until we know.”

Once the equity policy is “fleshed out”, the organisation  will encourage people to come forward. “I don’t think it is appropriate for us to go and seek them out,” says Felix.

Felix says Young ACT consulted with outside organisations about how to handle sexual harassment and how to create an equity policy.

But he says Young ACT did not pass on the reports of sexual harassment to the ACT Party.

“They did not know what was happening. We operate fairly independently from ACT. We are going to share information, but we didn’t share it a month ago.”

In an email statement to Re:, ACT President Tim Jago says the party is “taking these allegations very seriously. Any form of harassment is completely unacceptable.”

He says ACT only became aware of the allegations when Ali tweeted about them last night. “ACT is now considering a range of options, including appointing an independent person to investigate this matter.”

Felix says Young ACT was “limited” in what they could do when allegations were made to them because the leaders of the organisation were “quite young” and “unequipped to deal with mature issues, like sexual assault, like harassment.” But he does admit they should have consulted with outside support groups.

“In the last month, we made a couple of poor decisions which led to an extremely poor outcome. And we're going to try to do better.”

“Ali was a great vice-president who did a lot of great work in the brief time she was there. I was sad to see her go. But things happened in the organisation that meant we failed her, and we failed to prevent harassment.”

Re: has reached out to Ali Gammeter for comment. 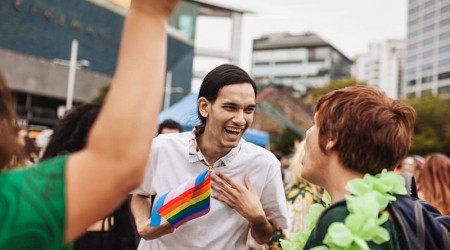 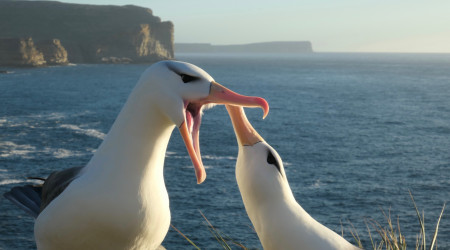