The Waitangi Tribunal has found the Crown’s response to Covid-19 is actively breaching the Treaty, and “Māori were put at a disproportionate risk of being infected by Delta” than other groups.

It follows the Tribunal’s inquiry into whether the Government’s vaccination strategy and Covid-19 Protection Framework was consistent with Te Tiriti o Waitangi.

In a report released on Tuesday morning, Haumaru: The Covid-19 Priority Report, the Tribunal revealed its findings from the week-long inquiry which began on December 6.

It found Cabinet’s decision to reject advice from its own officials to adopt an age adjustment for Māori in the vaccine rollout had breached the Treaty principles of active protection and equity.

The failure to prioritise Māori at the start of the vaccine rollout was a key criticism of claimants participating at the tribunal’s inquiry.

Director-General of Health Dr Ashley Bloomfield told the Waitangi Tribunal he had advised the Government to prioritise Māori 50 years and over early in the Covid-19 vaccine rollout, but Cabinet preferred to take a different approach.

The Tribunal also found that though a new Covid-19 response framework was “necessary”, the "rapid transition" into the traffic light system “did not adequately account for Māori health needs”.

It said the switch to the traffic light system also happened, “faster than the Crown’s officials and experts recommended, and without the original vaccination thresholds for each district health board being met”.

“As such, Māori are put at a disproportionate risk of being infected by Delta in comparison to other popular groups. This breached both the principles of active protection and equity".

The move to the traffic light system also put Māori health and whānau ora providers “under extreme pressure”, the report found, which undermined their ability to provide equitable care for Māori.

The Government’s decision to shift into the traffic light system was also made despite, “strong, unanimous opposition from the Māori health leaders and iwi that the Crown consulted".

“Further, the Crown did not consistently engage with Māori to the fullest extent practicable on key decisions in its pandemic response. These actions are in breach of the principle of Partnership.”

Following its findings, the Tribunal recommends the Crown urgently provide further funding, resourcing, data, and other support to assist Māori providers and communities, with the continuing vaccination effort, targeted support for whānau hauā and tāngata whaikaha; testing and contact tracing; caring for Māori infected with Covid and self-isolation and managed isolation programmes.

The Tribunal also recommends, moving forward, both the paediatric vaccine and the booster vaccine rollout "expressly prioritise Māori" and are supported by adequate funding, data, and resourcing for Māori providers. 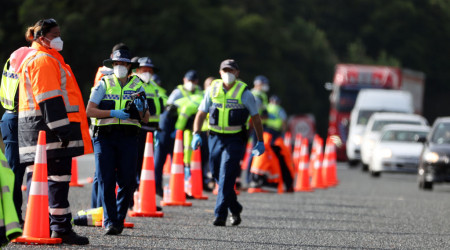