A team of NIWA scientists say the Hunga Tonga-Hunga Ha'apai volcano may still be erupting.

The scientists, who have returned from a month-long expedition aboard the RV Tangaroa, found a dense layer of ash in the upper water column near the volcano.

The water column had been tested for physical and chemical characteristics, including temperature, nutrients and oxygen concentration.

Preliminary data showed it is still recovering, with some airborne ash still to completely settle on the seafloor.

The finding comes amid a host of "surprising and unexpected" discoveries about the volcano's January 15 eruption. 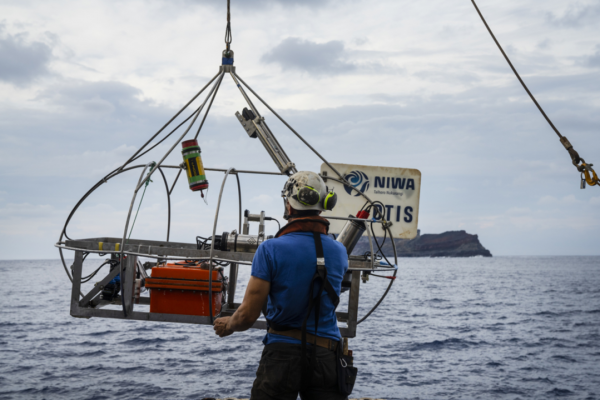 Scientists expected to find dramatic changes to the volcano due to the eruption's force, but found Hunga Tonga-Hunga Ha'apai largely intact.

However, Tonga's domestic internet cable is buried under 30m of ash and sediment. It likely will need to be fully replaced.

"With an explosion that violent - the biggest ever recorded - you would expect that the whole volcano would have been obliterated, but it wasn't," NIWA marine geologist Kevin Mackay said.

"While the volcano appeared intact, the seafloor showed some dramatic effects from the eruption. There is fine sandy mud and deep ash ripples as far as 50km away from the volcano, with gouged valleys and huge piles of sediment."

The fallout from the volcanic explosion and tsunami is estimated to have cost Tonga around $175m.

Around 15km from the volcano, there are still abundant and diverse populations of sealife.

The Tonga Eruption Seabed Mapping Project was funded by the Nippon Foundation.

The second half of the mission will see the caldera mapped by an uncrewed surface vessel. It will be controlled remotely from Essex, 16,000km away.

This part of the mission is expected to be completed mid-July.

Local artists will be performing in the online fundraiser on Friday March 18 from 6.30pm to 9.30pm.

An update on the island's ongoing efforts to restore stable communications.

Tonga’s underwater volcano is part of a chain of 50 extending to NZ: explainer

It's time to cast your mind back to year 10 science class.