There’s a slim chance Simon Bridges could become New Zealand’s first prime minister who has Māori heritage.  He’s trying to increase those chances by shitting on his own people.

The recent policy announcements by the National party to crack down on gangs and beneficiaries is an attack on people who are predominantly Māori. Signaling National’s new election year gang policy, Bridges said gang members would have to prove they don’t have illegal income or assets before receiving a benefit. Any attempt to say this is about rescuing those communities from themselves is pure spin. This is not about offering anything constructive to struggling Māori communities, it is about winning the redneck vote.

What is particularly cynical about this is that in the same week Bridges launched these attacks, the Royal Commission of Inquiry into state abuse kicked off its first public hearing. It was more than slightly jarring to read Bridges’ comments in the morning’s news stories and then walk into a hearing that was gathering evidence from people who talked about the punitive approaches of the welfare system of 40-50 years ago. It was like hearing history on a repetitive loop. 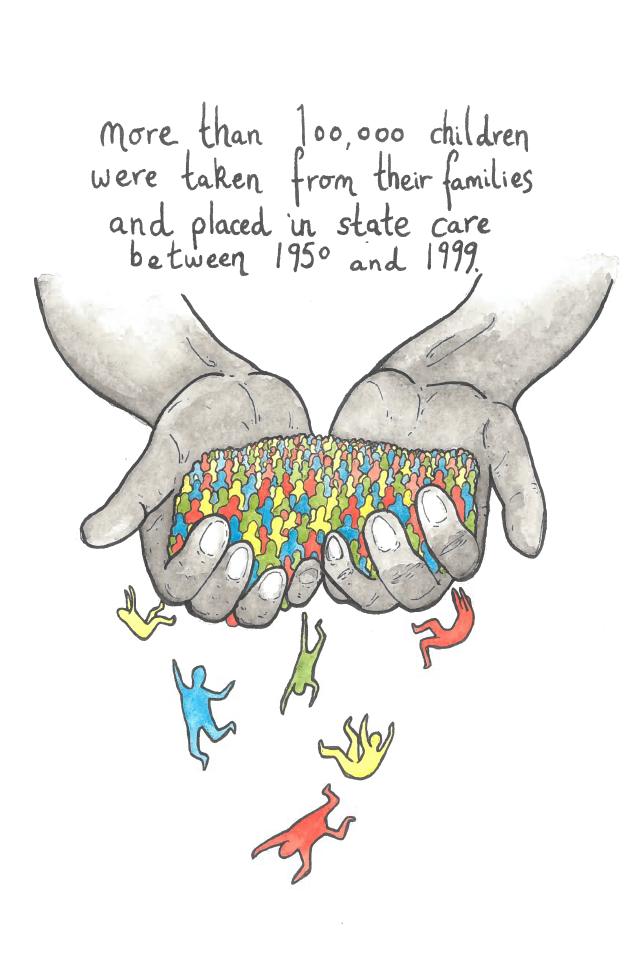 Witness after witness gave evidence of how it was predominantly Māori who were harmed by the state’s abuse of children. Seventy to eighty percent of the children in state custody were Māori. Witness after witness attested to the fact that government departments had targeted poor Māori communities due to punitive and racist attitudes and policies. This led to children as young as ten being put in solitary confinement in Mt Eden prison.  Or the secure blocks in welfare homes. This state custody included girls as young as ten being subjected to internal examinations of their genitals while being strapped down and held down by adults. Many witnesses told of how these children who grew up with such trauma became angry adults who ended up in prison and gangs. And a number of witnesses, myself included, drew a direct parallel between what had happened to Māori children and the Stolen Generations of Australia and North America.

A survivor I know once told me about a time when he was in Hokio Beach School and was loaded in a van with several other young boys. They were dropped off at other institutions like Kohitere, Holdsworth and Epuni.  He named those individuals – they are all now leaders of major gang chapters throughout the country. Those who attack gangs will never acknowledge that the state had a major hand in creating them.

These children were often from communities and families that had migrated to urban areas in search of economic opportunity in the 50s and 60s. The Māori population had not only recovered from its decline but grown exponentially, while their economic base in the form of land had been all but completely eroded. That land loss was a direct result of successive governments’ Māori land legislation, while a hundred years of education policy had anchored Māori at the bottom of the economic ladder. 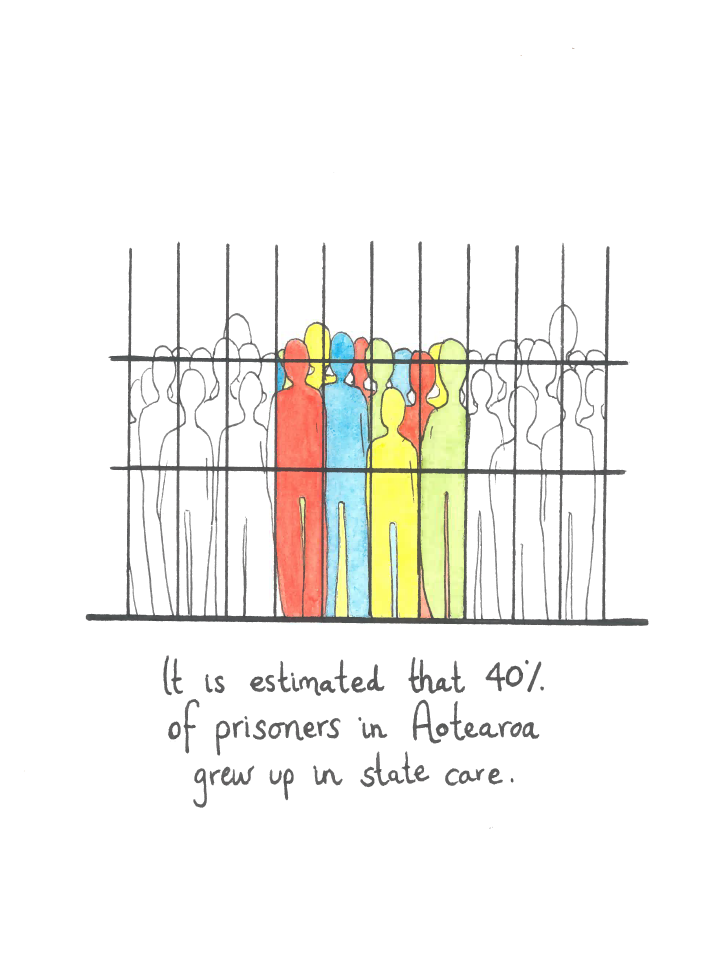 But Māori were often met by hostility from both Pākehā society and the state when they arrived in town. That hostility took many forms and had many negative outcomes.

That negative attitude continues, only the language it is couched in has changed. “Child poverty” is code for useless brown parents (it’s also an opportunity for condescending notions of white saviours running to the rescue). “Gangs” are a stand-in, catch-all term for dangerous Māori/Polynesian men. “Getting tough on crime” is just one more way of saying “we’ll make sure we contain that crime in [insert name of brown neighbourhood here] so it doesn’t spill over into your white suburb, like a reverse gentrification.” The recently announced armed police patrols won’t be cruising Remuera.

The policy failures of 50-plus years ago in response to the demographic shift of that period created more problems than they solved. Problems like poverty, poor housing, poor health, and, yes, gangs became entrenched in certain neighbourhoods to the point they became a byword.

By adopting the same failed policies, dusted off and rebranded for the 21st century, Bridges and co are heralding another 50 years of the same misery. They don’t have any answers to the housing crisis and other issues perpetuated and exacerbated by nine years of a National government. The welfare and crime issues they attack have their roots in economics and National hasn’t got anything to offer on that front. So they attack those who are the victims of those economic policy failures because that’s the PC – politically convenient – tactic to adopt.

Simon Bridges not only won Winston Peters’ stronghold seat of Tauranga from him. He also adopted one of his most well-worn political tactics, a tactic adopted by a number of Māori politicians - that the best way to get a Pākehā vote is to dump on your own people. It’s been a consistent tactic he has reverted to when he wants to grab attention and it works every time because the media is only too happy to give it airtime. Paula Bennett and Shane Jones are two more Māori politicians who have learned to play Winston’s tune. And the rednecks love them for it because it gives them cover when a brown person is saying it.

Simon Bridges is Ngati Maniapoto, which has deep historical ties to the Kingitanga. The main purpose of the Kingitanga was to stand up for the people’s rights.  By leading a National Party that has reverted to dog-whistle politics, Bridges has abandoned his own heritage and seems only motivated by his own selfish political ambitions.

Bridges' rhetoric about being tough on crime rings extremely hollow considering how the National Party failed to speak up for victims of crimes committed against children in state custody when it was in government. National steadfastly refused to change the position adopted by the Labour government under Helen Clark, which was to minimise crimes against children. Complaints of historical abuse continued to be handled by the Ministry of Social Development, the very department accused of carrying out the abuse, despite high level calls for an independent tribunal.

Labour under Jacinda is no better.  She has enabled policies that will have a detrimental impact on the same communities. The police recently rolled out a trial of armed police patrols. Part of the justification was the massacre in Christchurch but that is simply an excuse to Americanise how policing is carried out in poor communities – even though America’s racist and violent policing and criminal justice systems have utterly failed.

Former treasury wonk and Prime Minister Bill English made probably his most honest and memorable statement when he admitted that high levels of incarceration were a moral and fiscal failure.  But those making such failed policy decisions will have toddled off into retirement by the time the chickens come home to roost.

If politicians like Bridges are so keen to get tough on crime, then they might want to rejig their priorities.  Gangs and their affiliates make up around 40 percent of the prison population. That number is probably inflated because prisons are dangerous if you’re on your own. Aligning yourself with a gang while in jail is a perfectly rational way of looking after your own safety.

Contrast that with the rates of illiteracy amongst prison inmates – 70 percent. If you want to attack the causes of crime you might want to start with the education system that is failing these individuals and reducing their life options. That would have a bigger positive impact on reducing crime than targeting gangs.

Beneficiary bashing and tough-on-crime slogans achieve nothing. If anything, they make the problem worse because they are usually the ultimate cheap shot and empty political promise.  They’re policies put forward in lieu of any meaningful solutions, and they are cheap because they offer nothing.

When Simon Bridges uses this kind of rhetoric he’s not just appealing for your vote. He’s asking you to join him in putting the boot into people who are already struggling, and reboot policies that have caused harm over a number of generations. Evidence of that failure is emerging steadily in the Royal Commission and will continue to do so.

It’s also plain to see in the direction that the United States has been heading in for a long time and that has reached its logical conclusion under Trump. Attacking people who aren’t like you, who are a different race and in a different socio-economic position is poisoning America.  Do we want that here?

Aaron Smale is a freelance journalist and is currently studying a PhD in history focused on the impact of state welfare homes on Māori.

This article is a part of our series Rediscovering Aotearoa: a decolonisation series. Watch our short doco on Whānau | Family here and listen to our podcast here.