It is estimated that half of New Zealand’s 41,000 homeless are under the age of 25. Youth homelessness advocates say without proper support, lockdowns open them up to abuse, exploitation and harm.

Covid has been brutal on New Zealand’s youth. The 2018 census found there were already 19,000 homeless youth, and Covid has forced 18,000 more young people and children into poverty.

For many of these young people, the Level Four lockdown announcement on Tuesday shook the little support they had to the ground.

Aaron Hendry is a youth worker at social housing agency Lifewise and a member of the youth homeless advocacy organisation Maanaki Ranagatahi. His first thought on Tuesday night was for these young people who don’t have a home. 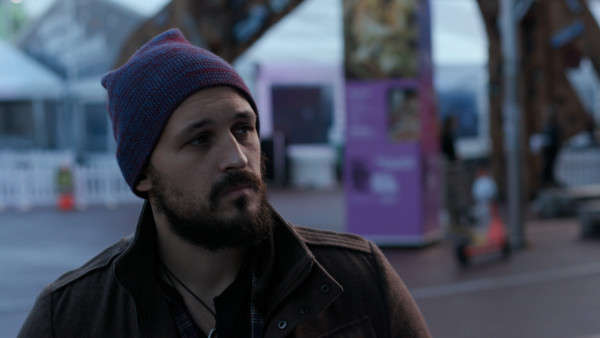 “There are many young people who are already sleeping rough, or have been couch surfing for a long time amongst the people they know.”

“What we saw last lockdown was that people who had been offering a couch or a bed suddenly got quite fearful. With Covid in the community they started shutting their doors, saying ‘Sorry we just can’t risk our whānau’. Which we of course understand, but that again left these young people exposed to more risk.”

That opens them up not only to risk of exploitation and abuse, he says, but also to exposure to Covid-19 itself.

“This is a group of people whose health is not great - so they are at risk. The experiences of poverty that many of these young people have had open them up to a range of respiratory illnesses. It has taken a toll on their bodies.”

Youth workers like Aaron around the country immediately mobilized on Tuesday night to connect with as many young people as they could.

But despite years of advocacy, both pre and post-Covid, he says they don’t have the resources to house all of the homeless youth they are in contact with. Aaron has a list of twenty young people who need a house right now that he has nowhere to home

There are 34 transitional housing spaces across the country. Lifewise manages the seven of these in Auckland.

There aren’t even enough resources to connect with all young people experiencing homelessness, let alone home them, Aaron says. And so many slip through the cracks.

Without housing readily available through dedicated youth housing services like Lifewise, that leaves the only other option Government-provided emergency housing.

When the first level four lockdown happened in March 2020, the Government rapidly expanded the number of emergency houses available by purchasing and hiring motels and hotels. At the end of 2019, the number of people in emergency housing was 2600, and that jumped to over 4000 during and following our first national lockdown.

The Child Poverty Action Group (CPAG) produced a 72-page report following the first lockdown, collating research and experiences on how the lockdown affected tamariki and rangatahi in Aotearoa.

Catin Neuwelt-Kearns is a researcher at CPAG, and one of the authors of the paper. She says they had reports during the first level-4 lockdown of 16 and 17 year olds being turned away from motels because they weren’t old enough.

“Rangatahi were basically excluded in the rush to house the homeless. We had homeless adults housed virtually overnight, but young people were left out of that because emergency housing providers didn't have to take 16 and 17-year-olds.”

For many moteliers, their reluctance was about putting these young people by themselves in units alongside adults, many of whom are struggling with their own challenges such as mental health or addiction, Caitlin says.

“You can understand why moteliers may not have wanted to house 16 and 17 years olds in these facilities. But on the other hand, that ended up with them on the street.”

Rangatahi turned away last year were opened up to abuse and sexual exploitation in their desperate search for someone to accommodate them or being left out on the street, Caitlin says.

Department of Housing and Urban Development spokesperson Jonothan Fraser told Re: that “young people were part of the group housed in motels as part of the Covid response last year”.

“Motels do sometimes make decisions around who they will take within their motel environment and if anyone (including young people) are unable to access a particular motel, MSD should be able to help them with their housing needs,” Jonathan says.

The acting general manager of housing at the Ministry for Social Development (MSD), Kay Cunningham, says that it is the department's youth service team that is responsible for supporting people between the age of 16 to 19 into emergency housing. Anyone under 16 is managed by Oranga Tamariki.

While WINZ offices are closed during Level-4, she says MSD youth coaches are still available to work with rangatahi on not only emergency housing, but also other housing issues such as rent, sorting a bond, or shifting costs.

“If a young person needs emergency housing we’d encourage them to contact us via freephone on 0800 559 009 to talk with us more about their situation,” Kay says.

Since the first lockdown, Aaron says they have worked to have young people accepted into some hotels or motels when there is nowhere else for them to go.

However, even when rangatahi can get access to a motel or hotel unit, Aaron says they have found them to be unsafe for young people by themselves.

“Our rangatahi are extremely vulnerable in these spaces, and are open to the risk of abuse, exploitation and harm.”

“We are being told constantly by young people that they feel they are in danger. Sometimes, they tell us they would prefer to live on the streets than some of these motels.”

Cailtin says this situation occurred because there wasn’t a clear or tailored Government strategy for addressing youth homelessness before the lockdown last year.

Aaron and Maanaki Rangatahi have been petitioning this year for a new system to be put in place that properly supports young people experiencing homeless, rather than “just sustaining a systemic issue with interventions that leave them even more traumatised and harmed”.

They are advocating to create housing that is staffed by social workers so that young people can be safe and supported to reintegrate back into their community when they are ready.

Despite the work of CPAG and Maanaki Rangatahi to raise the issues of the last lockdown and have new systems put in place, neither Caitlin or Aaron were confident enough had been done for rangatahi to have an easier time during this lockdown than they did the last.

“Based on conversations pre-lockdown, there is still a real frustration around the bureaucracy of the system and how difficult it has been to get a tailored youth homelessness response,” Caitlin says.

“Advocates have been fighting the good fight, but we haven't seen enough commitment from this government to address youth homeslesness specifically.”

A youth mentor on what it's like to be homeless

‘It's hard without your family’: Teens tell us about living on Auckland's streets 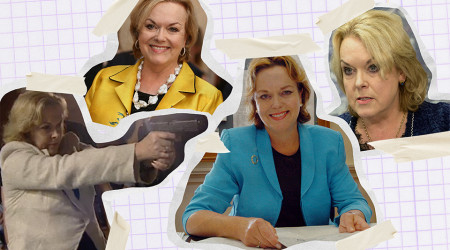 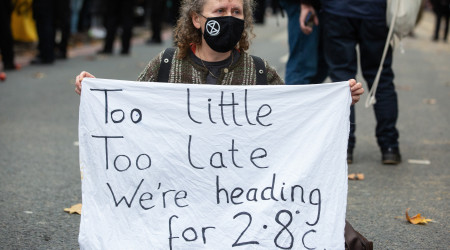