For a lot of men in New Zealand, there isn’t really a defined moment you officially enter ‘manhood’.

Some cultures have specific rituals, like the Japanese coming of age festival, Seijin-no-Hi, where on the first Monday of January every 20 year old gets dressed up in their finest traditional threads to celebrate reaching adulthood. Or when the Sateré-Mawé people, who live in the Amazon, get young men to wear gloves filled with bullet ants whose sting causes excruciating pain to prove they are ready for manhood.

But for better or worse, many New Zealand men don’t have these specific traditions. So when you are asked the question: ‘when was the first time you felt like a man?’ the answer usually starts with, “ummm I don’t know?”

Somewhere in between moving out of home, getting your first car, or first ‘proper' job. Or maybe it’s the day you were told you were now responsible for looking after your family. Buried in between these milestones is when a boy starts to feel like a man, even if they don’t know it at the time.

We asked nine people what the moment was for them. 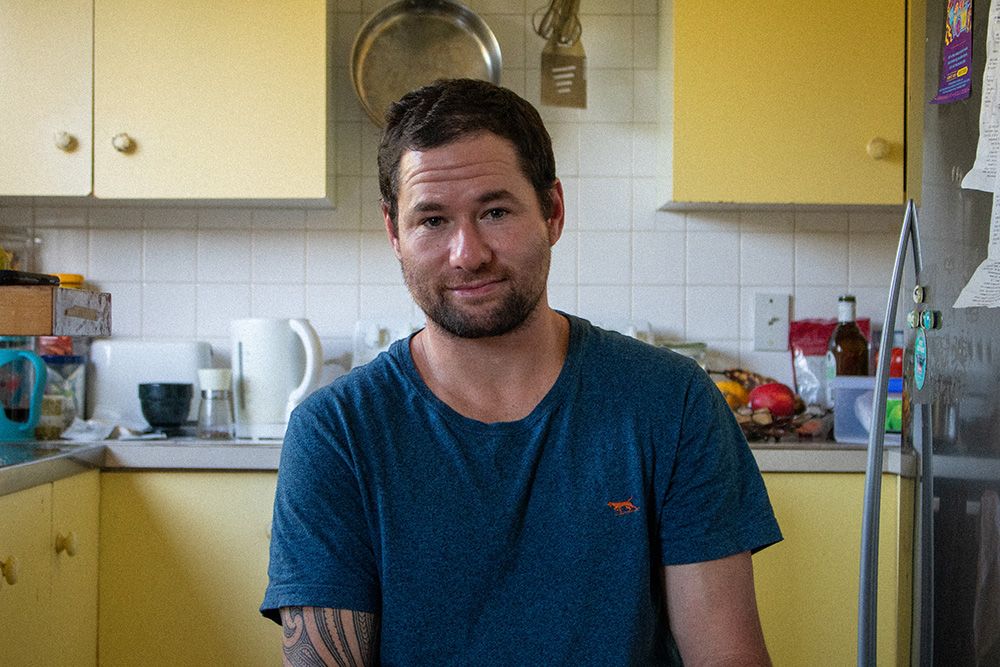 When was the first time you felt like a man?

I really think it was on my 30th birthday. Not just that day, but everything that has flowed on from then. I feel like I am more of a man now because I have a lot more on my plate. I'm finally able to sort of deal with my own shit instead of having to ask mum or other people for help.

Up until 30 I always felt like I had a little child stuck in a man’s body. But now I think my brain has actually caught up to my body. 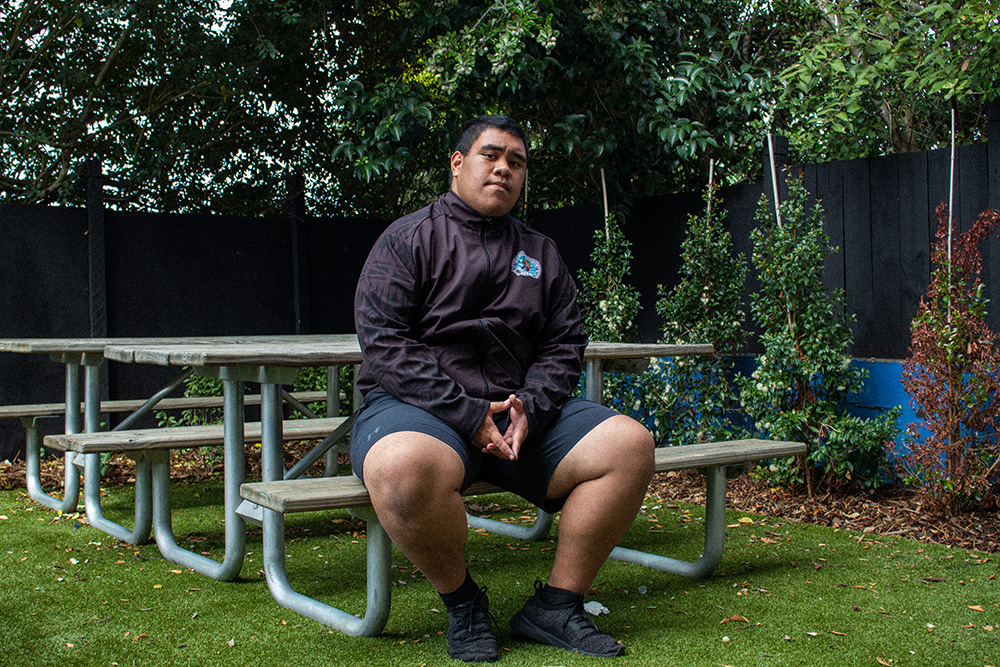 It was when me and my dad were just sitting down on the couch and he told me that if anything was to happen to him, it would be my responsibility to look after the family.

How old were you then?

How did that feel?

Like a burden at the time, but now I just know what I have to do. 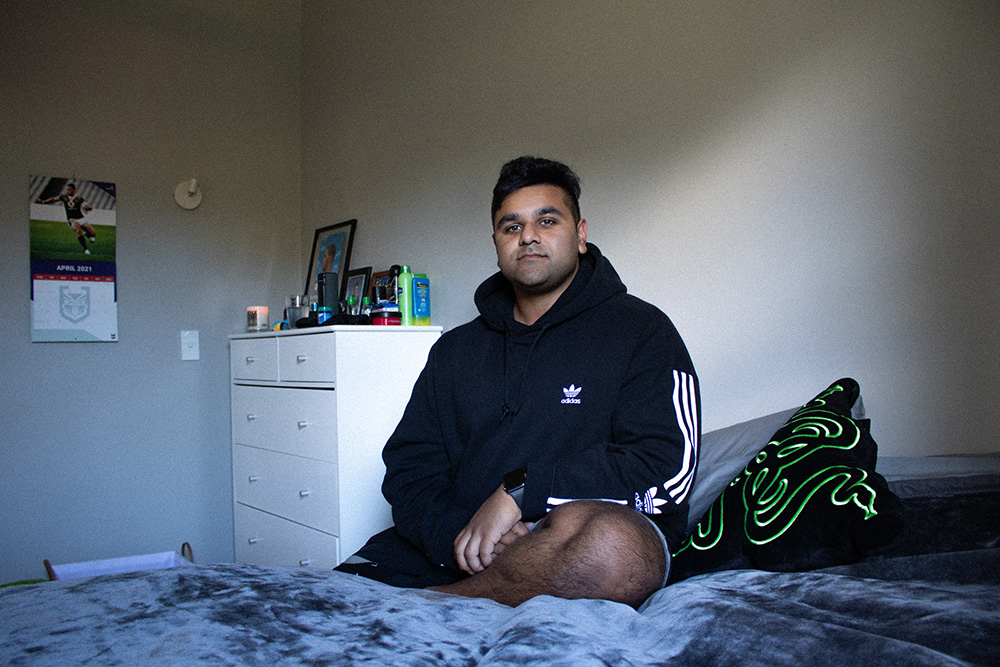 It was the first time I stood in front of kids in a classroom. Even though you study to be a teacher for a few years, nothing really prepares you for that moment when all these little faces are staring at you for the first time. At that moment you feel like you have to grow up really fast because they are depending on you. 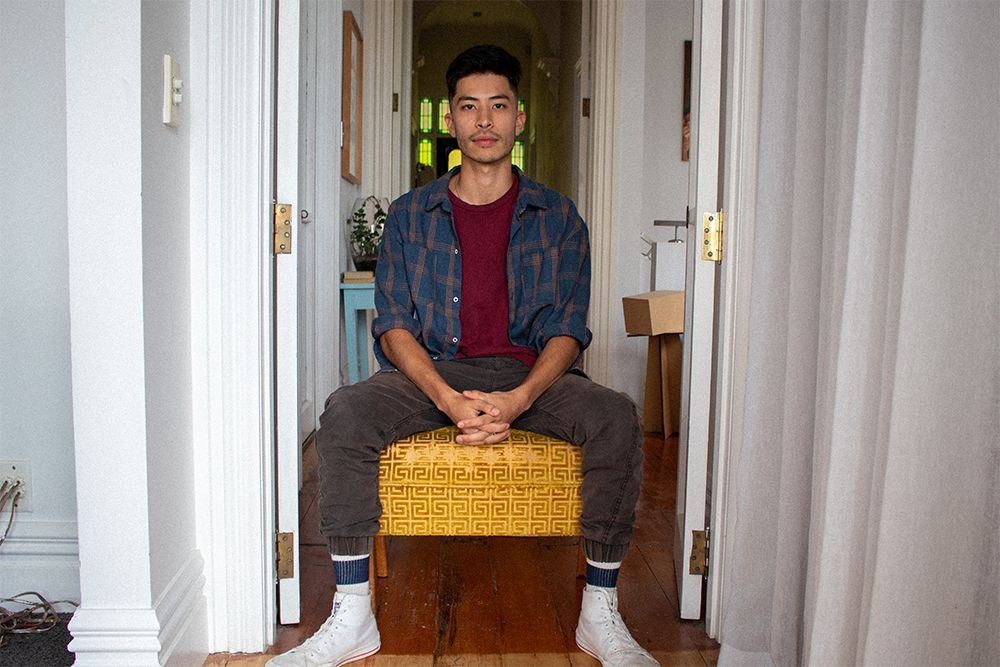 This is maybe a little unconventional, but I think the first time I felt like a man, maybe in the awakening sense, was when I was in intermediate school and I witnessed a road rage incident.

I was on my school bus and across the road, there was an elderly man in a car and another man drove up behind and rear-ended him. The man in the car behind was so angry at the situation, he got out of his car and pulled the elderly man out of their car and he beat him on the sidewalk. The man died right there.

I think that was a wake-up call for me. We talk about childhood as sort of a sacred place that adults work to preserve, but witnessing that shattered that whole illusion of safety. And that propelled me into feeling like “Oh god the world is not what I thought it was.”

Looking back I feel like that was a defining moment of me thinking, ”Oh, I am a man now.”

How old were you at the time?

I think I was 11 or 12. So not physically grown at all, but mentally I felt like I was. 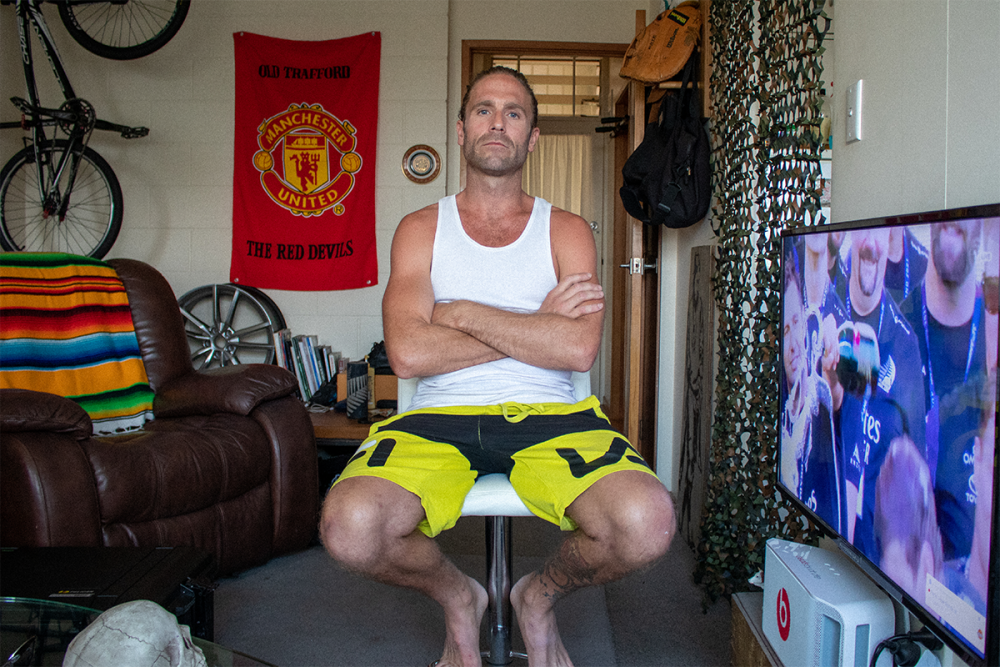 I think I was still a boy until I was at least 30. Looking back I was definitely behaving like a boy. I know that I felt like a man when I was 17. But I was so wrong.

When I look at old photos of myself I can see that I was putting on a front, trying to prove to others I was a tough guy. But it wasn’t until I was at least 30 when I started to accept and show my softer side, and that’s actually made me feel like I’m finally a man. 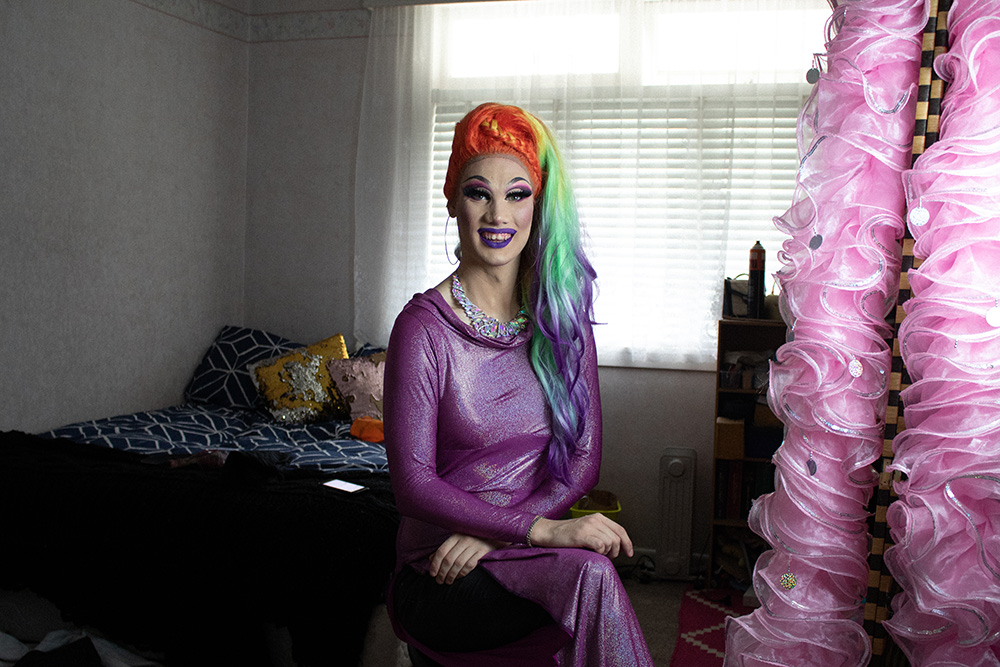 From a really young age I knew I was effeminate. I decided that this was me at about eight years old. I was already in mum's heels by the time I was four, but eight was probably when I realised in myself that “Oh I'm not like other boys”. So having a moment where I first felt like a ‘man’ isn’t something I can really relate to. 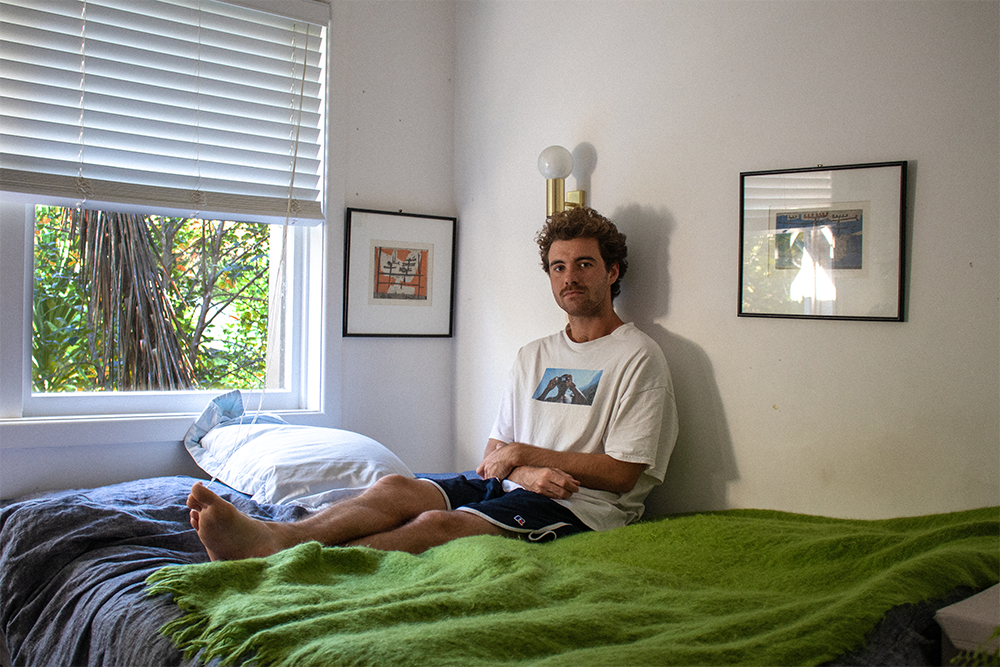 One of the first times I really felt like a man was the first time I made my own piece of furniture and put it out into the world on my own so people could buy it. I was so proud of it and it made me feel like I had earned respect from people around me.

It felt like the first step to establishing myself in the craft that I want to be in.

Another time I remember that feeling was when my dad handed the reins over to me to make this piece of furniture for someone else. It was the first thing I had made something for someone. But when he passed on the duty to me it felt like I had stepped up in his eyes. 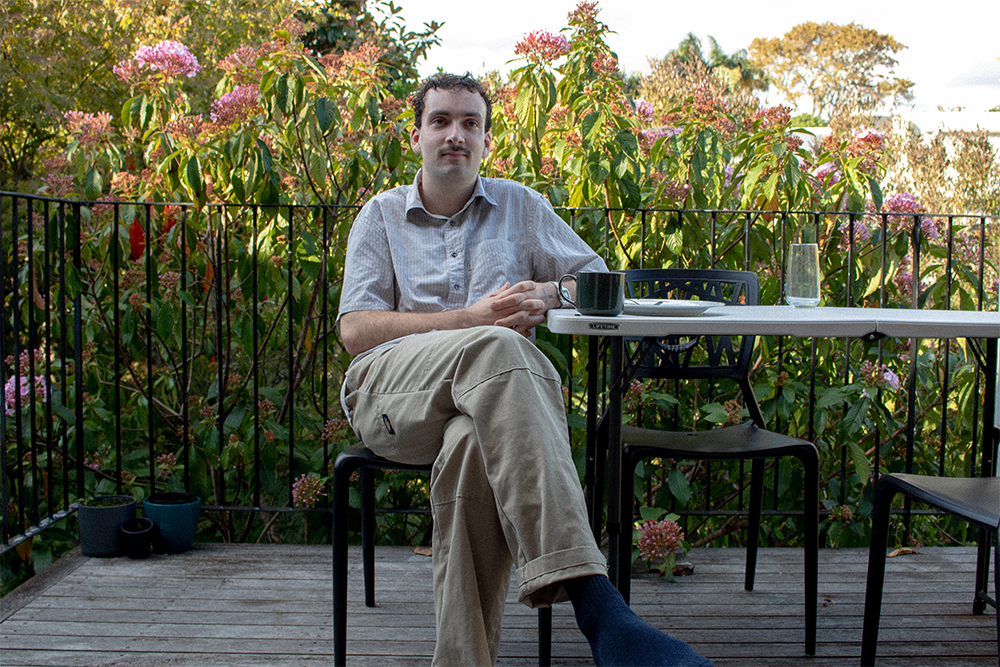 For me, I think part of it was around that time when I was about 18 and random people on the street or strangers started to refer to me as a “man”. Because I worked in hospitality a lot, if kids were around and the parents were paying for food they would say “Give the man the money” or “Can you ask the man over there”.

I think once I started to realise that people were calling me man, you naturally start to associate with feeling like one. Even though I’m not sure if I really feel like a man yet, you start to think  “Oh everyone around me thinks I am, maybe I am?” 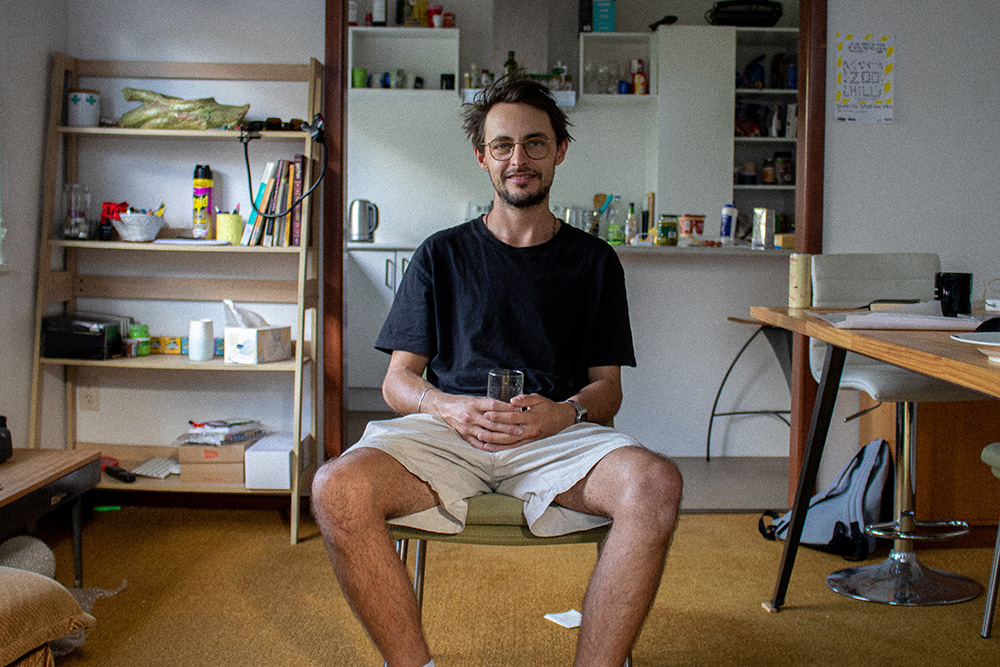 I don't know exactly when the first time would have been, but maybe it was when I started to depend on myself in my job. I guess at that point in my life I had a lot more responsibility and I had to look after myself. Even just small things like getting to work on time, sorting out my lunch, getting my tools organised.

I wouldn’t say it was the first day because that was a bit of a shambles. But once I had settled into work and I felt like I could rely on myself, that’s when I started to feel like a man.

Inside the barbershop giving men a place to open up 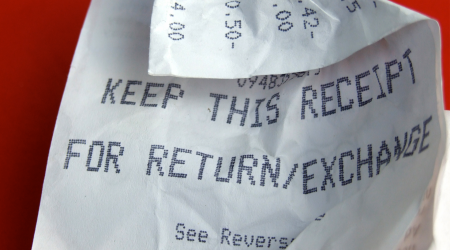