Not only does the fashion industry account for about 10 percent of global carbon emissions, but it has also been identified as one of the top five global industries at risk of modern slavery.

To help consumers better understand where their clothes come from and how they’re made, Tearfund have released their annual Ethical Fashion Report for 2021, looking at the sustainability measures different clothing brands have in place.

In the report, which looks at companies around the world, clothing brands are given an A+ to F rating depending on the different efforts they put in to protect their workers and the planet.

The report describes itself as “a practical tool you can use to demand change by supporting brands that are investing in ethical and sustainable practices in their supply chains.”

The study has found that in general, the clothing industry is slowly improving on the basics.

In this year’s report, 87 percent of companies have started to use sustainable fibres, compared to 61 percent in 2019.

And 69 percent of companies are actively working to trace the origin of their raw materials, compared to 48 percent in 2019 and 17 percent in 2013.

The rating each company gets is determined by how well they perform in five key areas: Policy and Governance, Tracing and Risk, Supplier Relationships and Human Rights Monitoring, Worker Empowerment and Environmental Sustainability.

Only four companies received an A+ rating, they were…

These four companies were the only ones that pay a living wage to their workers at more than 75 percent of their end supply chain facilities.

New Zealand department store Farmers was one of the nine companies that received an F rating. However, Farmers’ low ranking is not necessarily a reflection of their sustainability practices.

Some of the companies listed in Tearfund’s report did not choose to engage with the survey. When this happens, Tearfund goes ahead with the research, using information they can publically find; normally resulting in a lower ranking than those that participated in the study.

All companies that received an F rating did not engage with the survey.

You can read this year’s Ethical Fashion Report in full here. 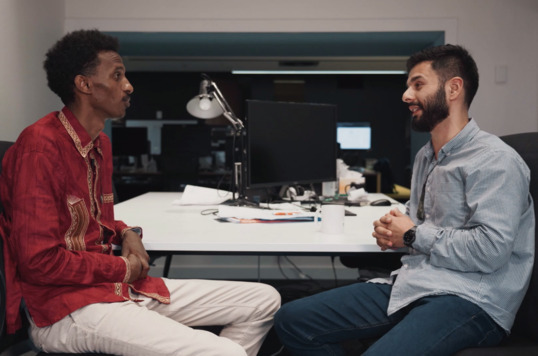