Coming Home in the Dark is a psychological thriller that critics have called “one of the year's most messed up movies” that left audiences “impressed and disturbed” after its premiere at the Sundance Film Festival earlier this year. Re: Journalist Matiu Hamuera caught up with director James Ashcroft (Ngāti Kahu/Ngāpuhi/Ngāti Pākehā) about his life, career, and what’s coming up next. 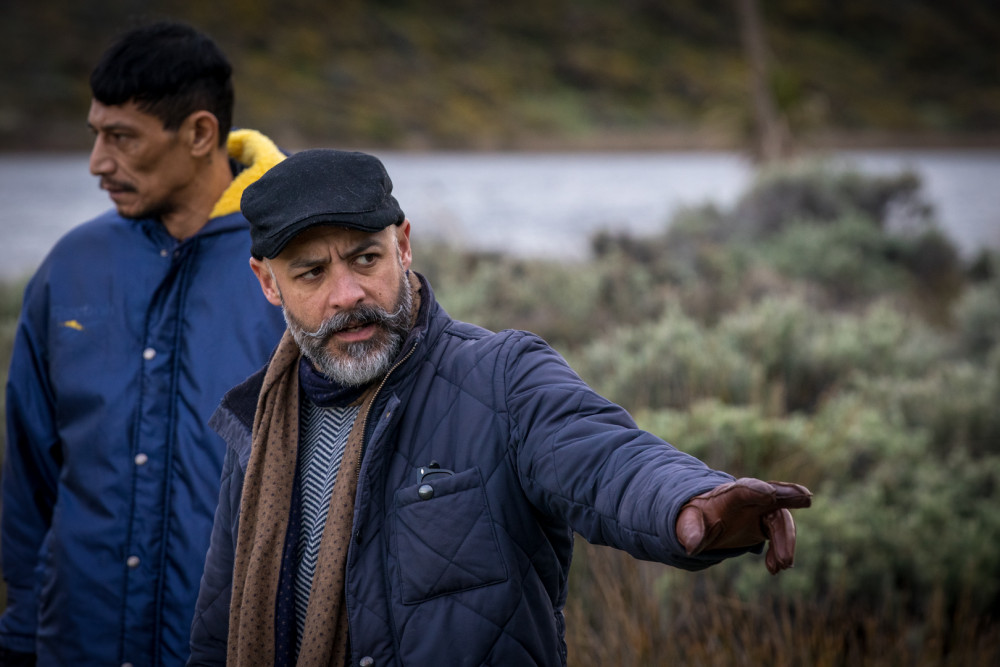 As the youngest of six siblings who grew up in Paraparaumu, you could say James was made for storytelling. His father, an avid reader, was a big believer in no child going to bed without a story and would share books and movie plots with James every night.

“When he ran out of stories, he would retell those same books, but he would call them ‘James and Dad in the Jungle’. We would be the main characters in it, so you know, James and Dad are on the Death Star fighting someone called Darth Vader.”

His older brother was also a big influence on him, and would often share dark or humorous videos with him “that are completely inappropriate for a six year old to be watching back”.

“My interests were always towards those sort of darker subjects, and funny subjects too, because I think there is great humour in darkness and that's another way to access what's underneath it and make it palatable for people,” says James.

James trained as an actor, graduating from Victoria University and Toi Whakaari, and led a successful career in theatre and on screen, including being the artistic director and CEO of Taki Rua Productions.

“Once I reached the ceiling there of what I wanted to do, it was time to move on and commit to what has always been my first passion, which is cinema and film,” says James.

This leads us to Coming Home in the Dark, an adaptation of the award-winning short story of the same name by author Owen Marshall. James developed the script with fellow writer Eli Kent, both of whom have a connection to the deeper meaning behind the story.

If you haven’t seen the film yet, just a spoiler warning: the rest of this article talks about things related to the plot. 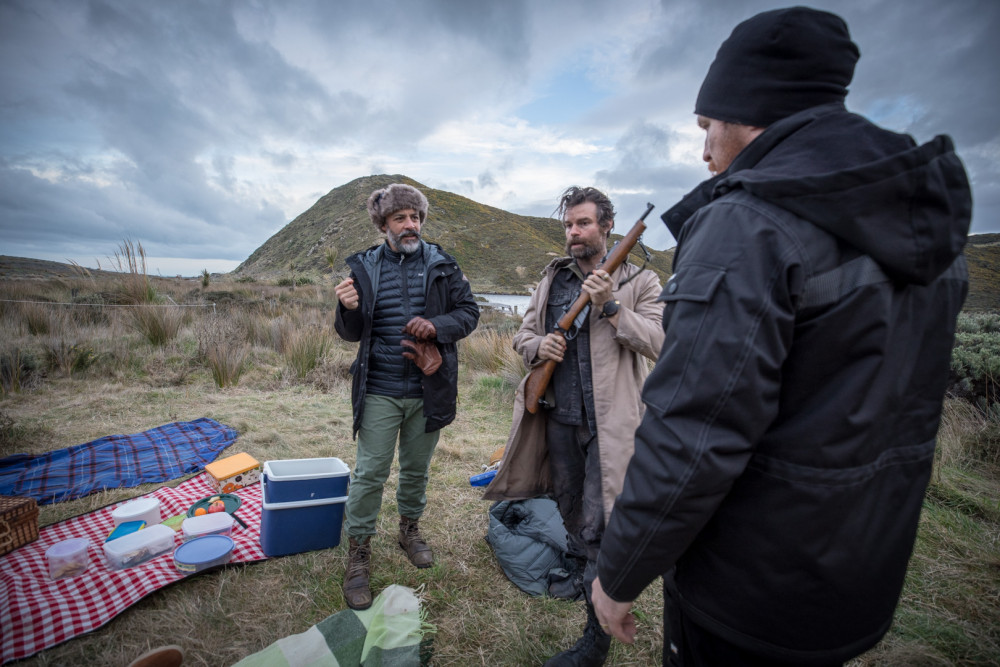 “There were a few of us involved with the production who knew or had family members who had experience directly in institutions. Whether that's places like Lake Alice, or boys homes specifically, these state care institutions.”

“Eli and I got together and that's when my research and interest and relationship to the long shadow that institutions and the failings of those institutions have cast, not only on the people who were directly involved in them but also for the wider generations, their families and New Zealand society as a whole,” says James.

He says horror allows him to approach and unpack some of those more difficult subjects and themes.

“In order for any fundamental change or advancement in terms of who we are as people and any notion of change in society, we have to embrace and really examine those darker aspects of ourselves. Own them and unpack them and be able to move on with the knowledge that comes from that.”

“It’s inspired from factual subjects and integrated in a way that is accessible and palatable for audiences. You know, trying to open people's mouths with laughter or screams and then stick something serious down their throats to digest and take home and think about later,” says James. 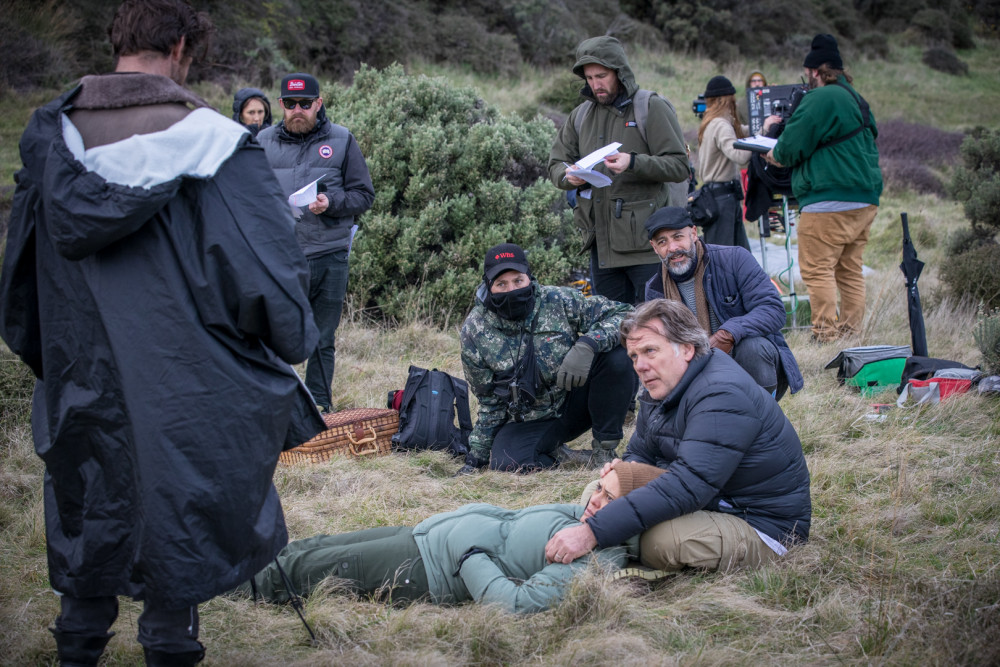 Director James Ashcroft with cast and crew on set for Coming Home in the Dark / Source: 818 Publicity

With the current Royal Commission of Inquiry into abuse in state care happening, James’ film speaks about the survivors of such horrific events. And although entirely fiction, Coming Home in the Dark is a shocking portrayal of the effects these institutions can have.

“My biggest hope is that it'll encourage New Zealanders maybe to be a little more empathetic about it,” says James.

The release of Coming Home in the Dark could not have been more timely. Originally set for release in 2020, Covid disruptions got in the way but James says “things happen for a reason”.

The film premiered at the 2021 Sundance Film Festival, and due to the festival being online this year, the film went on to have three times more viewers than it would have had if the festival went ahead as planned.

“I just felt I really lucked out there, and that the kaupapa of the film was looked after and seen not just as a piece of collateral to fill out a programme. And so it's really great to keep building on that relationship with Sundance because they invited me then to be a script mentor for their Indigenous script lab,” says James. 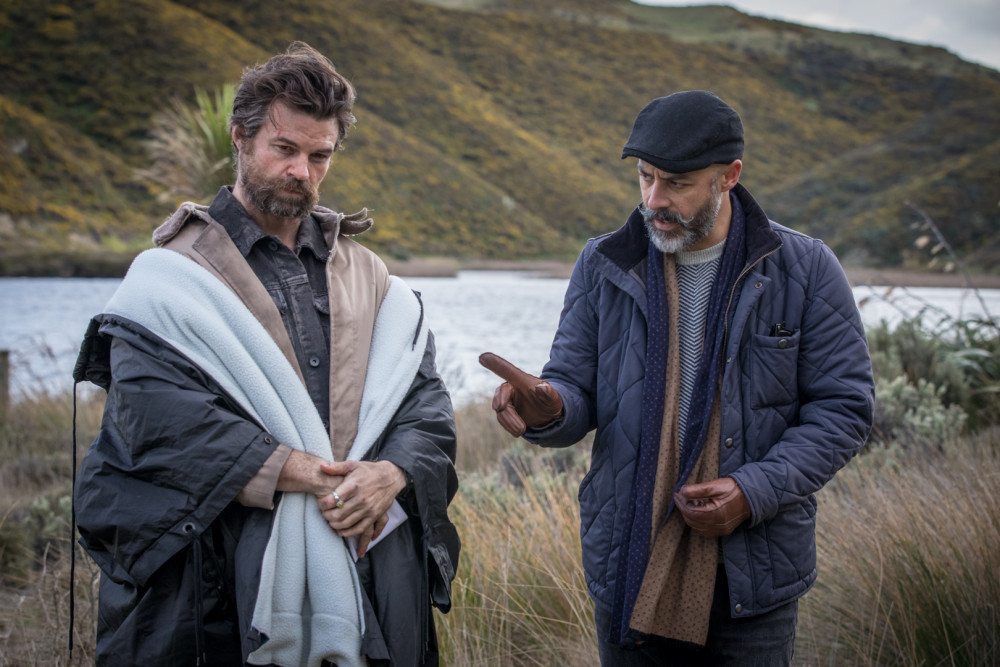 James has some exciting work in the pipeline, including two of his own homegrown projects, as well as jobs that he pitched for and got from two studios in Hollywood.

“One of the ones I can talk about from Los Angeles is an adaptation of a book by Max Brooks called Devolution, the same writer who wrote World War Z,” he says.

Film production company Legendary Pictures, who have done everything from Godzilla to Batman to the upcoming release of Dune, are behind James’ latest project.

“They saw Coming Home in the Dark, they liked it, they wanted to meet.”

From small-town Paraparaumu listening to bedtime stories to writing feature films of his own, James has paved a way forward to working with the big leagues in Hollywood.

“In retrospect, I wouldn't change a thing,” says James.