By Anna Harcourt and Re: Contributor

As part of our series Rediscovering Aotearoa, we asked illustrator Virginia Ngaio to visualise some of the statistics and quotes we featured. They speak of love, injustice, racial inequality, and healing. 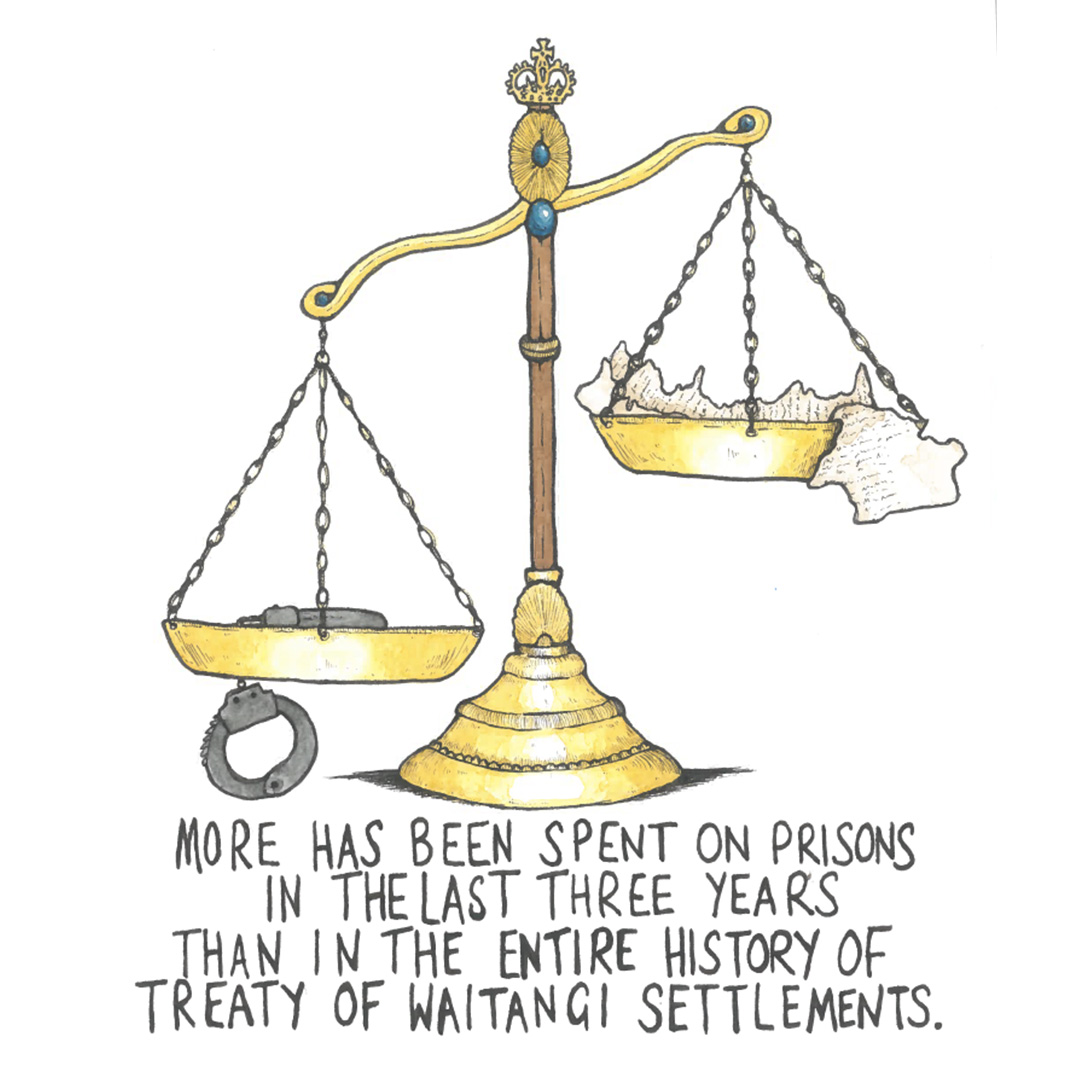 New Zealand’s total current prison population is nearly 10,000 people. And it costs a lot of money to keep them all incarcerated - about $100,000 per prisoner per year.

That means our government spends $1 billion every year just on locking people up. And that figure is just for custodial sentences, so it doesn’t include the cost of the courts, community services, rehabilitation, reintegration, the Parole Board or policy and ministerial services.

Meanwhile, as of May 2019, the entire history of Treaty of Waitangi settlements to date has been $2.4 billion.

Given 52% of prisoners are Māori, it’s worth asking the question - do we have the balance right between punishing people for crime, and righting the historical wrongs that might be behind that crime?

You can watch our episode on Manatika | Justice here, where Awatea Mita (Ngāti Porou, Ngāti Pikiao, Ngāi Te Rangi), who was formerly incarcerated, sits down with criminal lawyer Charlotte Shade to discuss their differing experiences of the justice system, and the role that race plays. 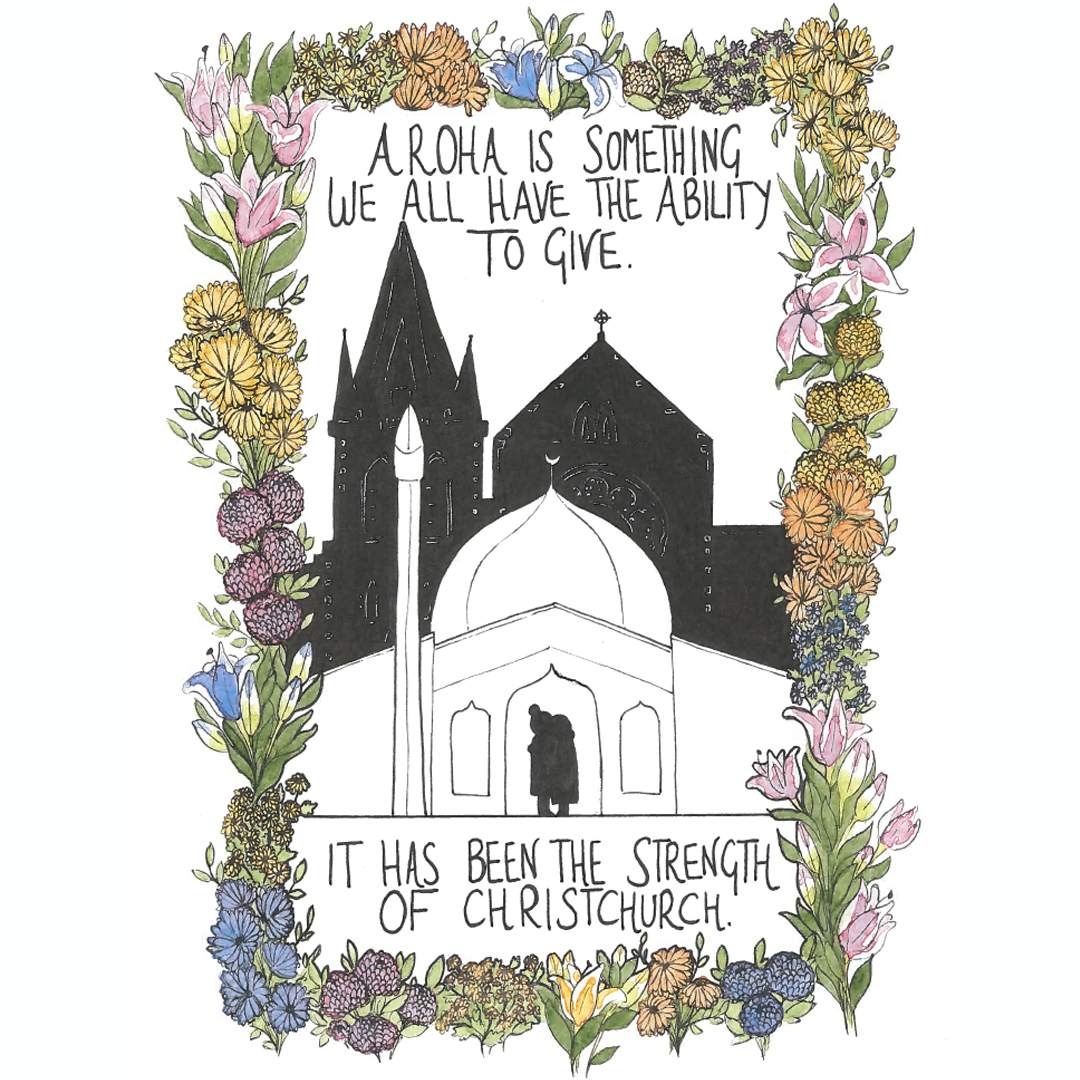 On March 15th this year, 51 people were killed when a gunman opened fire during Friday prayers at Al Noor mosque and the Linwood Islamic Centre in Christchurch.

For our episode Aroha | Love, we spoke to Saba Khan-Hunt, a young woman from  Ōtautahi (Christchurch) who’s uncle and cousin were killed in the attack. Saba was born in Pakistan and moved to Aotearoa with her family when she was eight. She’s now married to Tyla Harrison-Hunt, from Ngāi Tahu.
Tyla and Saba spoke to us about the power of manaakitanga, aroha, and how the Māori and Muslim communities have come together to heal.

“Aroha is something that we all have the ability to do, or give,” Saba told us. “And so I think it’s probably been the strength for Christchurch, through everything Christchurch has been through.” 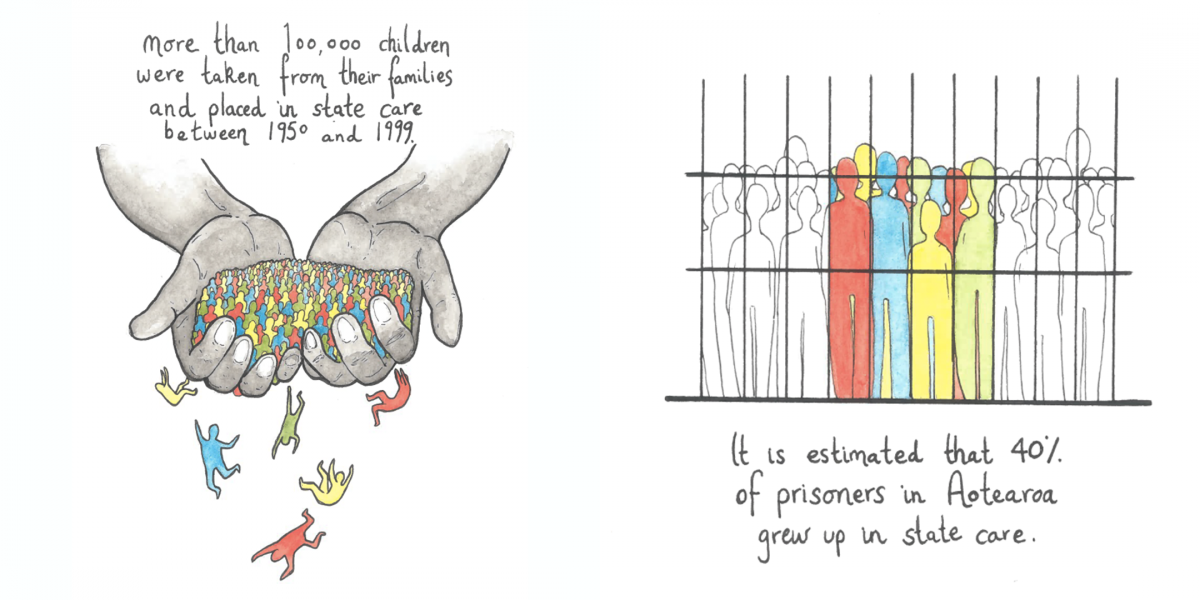 The impact of abuse in state care is long-reaching. Currently, the government is holding a Royal Commission of Inquiry into Abuse in Care, which has heard stories from over 1,400 survivors of physical, sexual and mental abuse.

But abuse in state care isn’t just a historical issue - over a three-month period in 2019, more than 100 children were abused. There are more than 6000 children currently in state care, and 68% of these children are Māori.

In our episode Whānau | Family, we heard from 17-year-old Mana (Ngāti Porou, Ngāi Te Rangi), who was placed into foster care when he was four weeks old, and experienced abuse in some of his foster homes. Two years ago he met Jaye Pukepuke (Ngāi Tūhoe, Ngāti Hine), leader of Bros for Change, a youth work programme for rangatahi tāne in Ōtautahi (Christchurch). 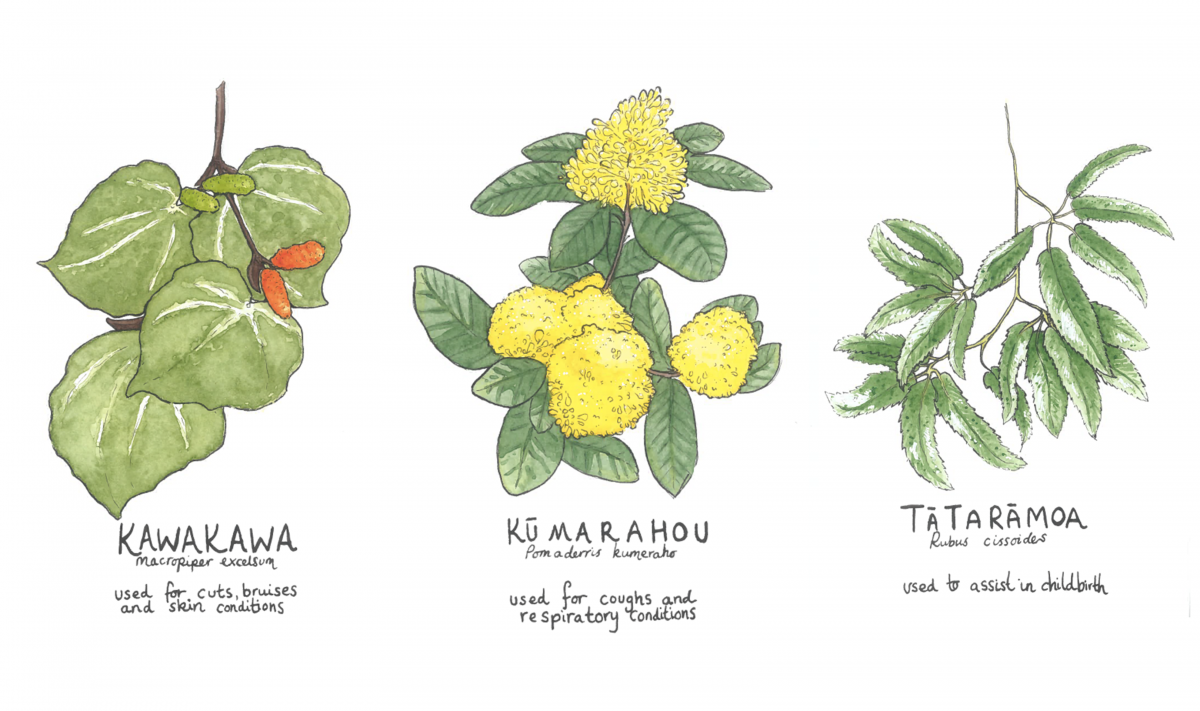 In 1907 the Tohunga Suppression Act made the practice of rongoā Māori, or traditional Māori healing, illegal. It was finally repealed in 1962 by the Māori Welfare Act.

Today, Māori have the worst health status of any ethnic group in New Zealand, and are three times more likely to report unfair treatment by a health professional on the basis of ethnicity. 26% of the people who died by suicide in the last year were Māori.

In our episode Hauora | Health, medical student Aniket Chawla is welcomed into a rongoā Māori course by twins Juan and Tahjai Brown (Ngāti Hine). They talk about how our health system can learn from a te ao Māori view of health, especially when it comes to our mental health. 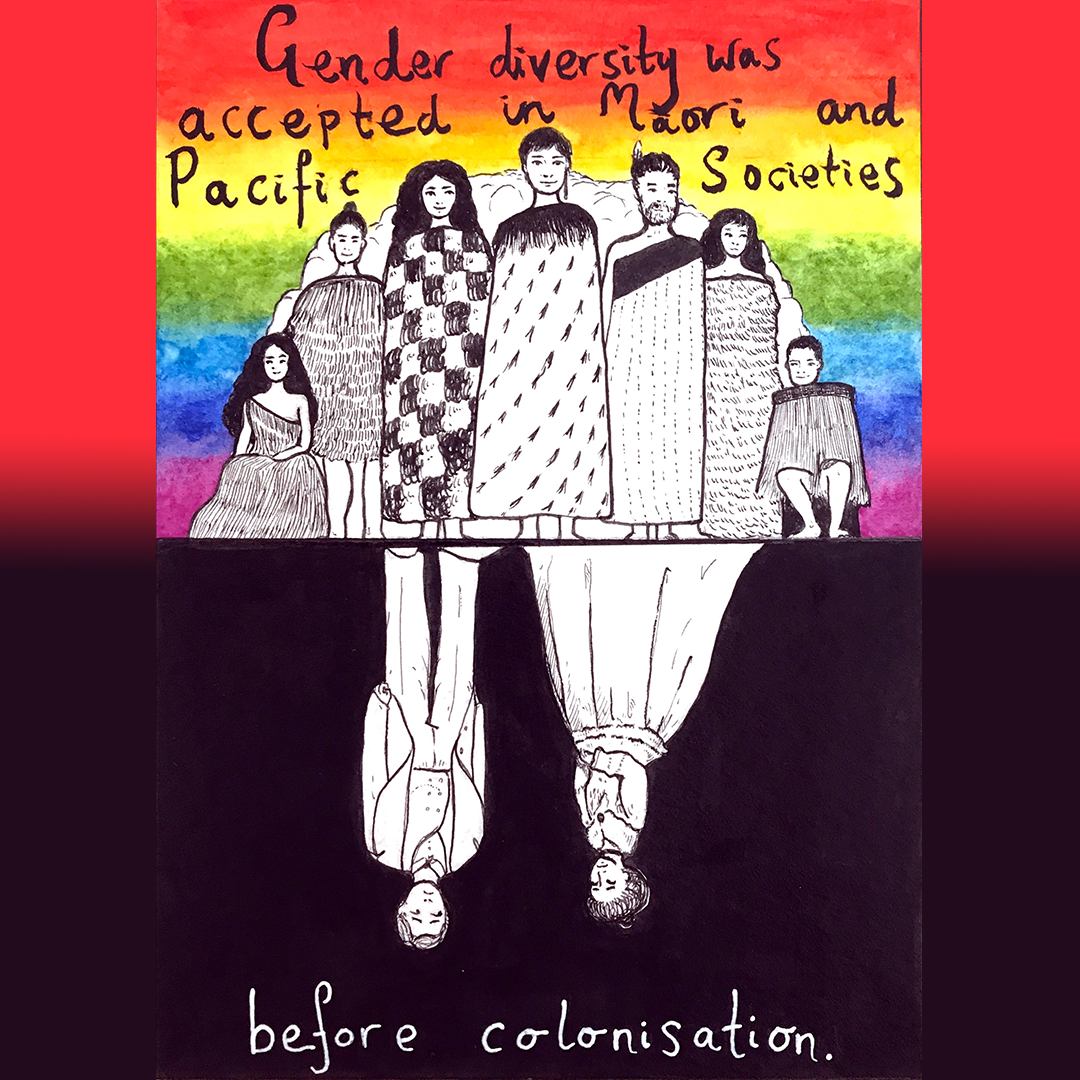 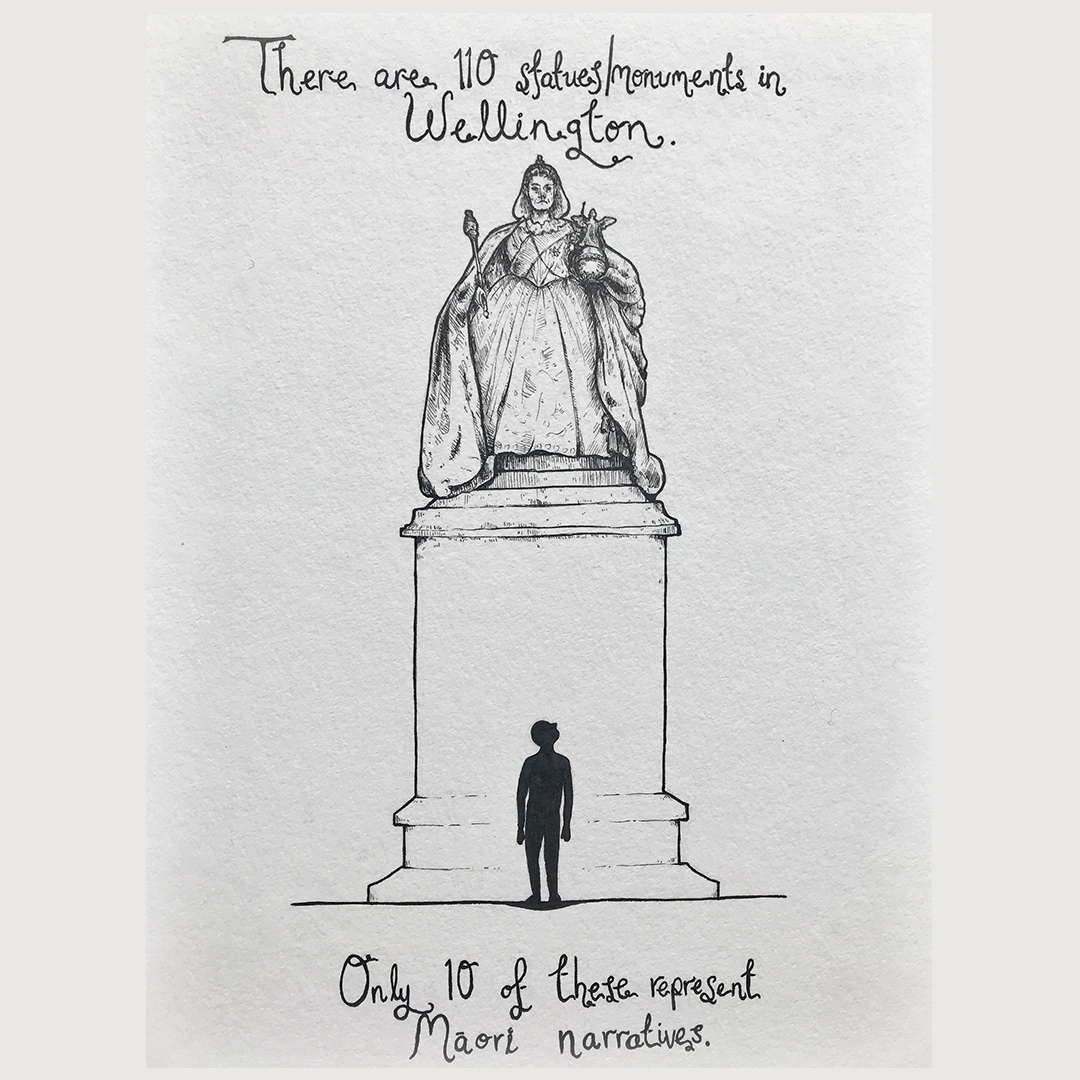 Only 22% of New Zealand’s official place names are Māori. Queen Victoria alone has 94 streets named after her. The Treaty of Waitangi required the Crown to act fairly to both settlers and Māori, and the interests of settlers couldn’t be prioritised to the disadvantage of Māori.

In this kaupapa we looked at how our history is publicly commemorated, and who’s side of the story it centres. 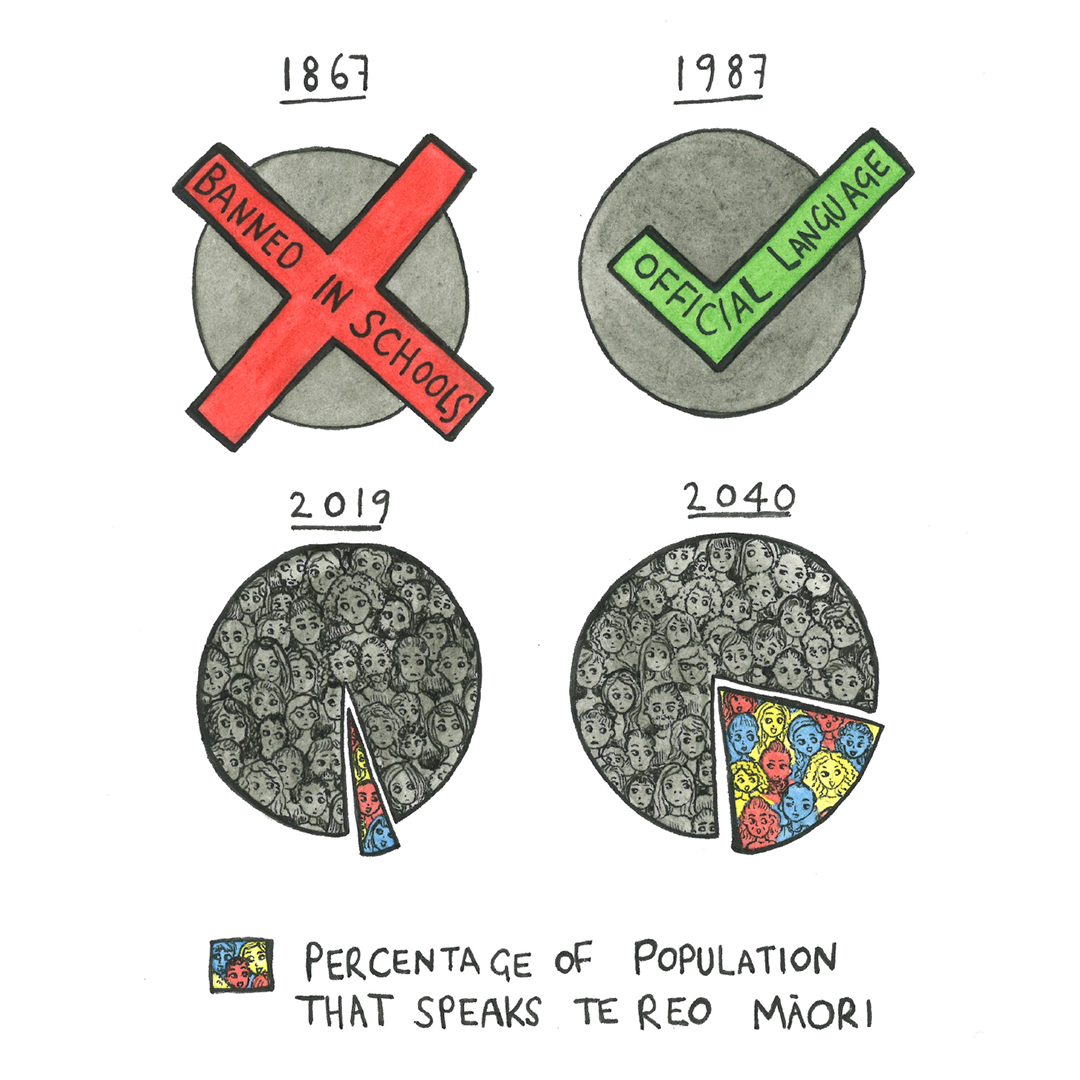 Te Reo Māori was banned in schools in 1867. 120 years later it became an official language.

But by then only 15% of Māori could speak their mother tongue.

Today, 186,000 people speak te reo Māori in Aotearoa. But the government wants this number to jump to 1 million in the next 20 years.

In our episode Reo | Language, champion slam poet group Ngā Hinepūkōrero meet Takunda Muzondiwa, who moved to Aotearoa from Zimbabwe as a child, at the grand final of a slam poetry competition in Tāmaki Makaurau (Auckland). How does your mother tongue help you find your voice? 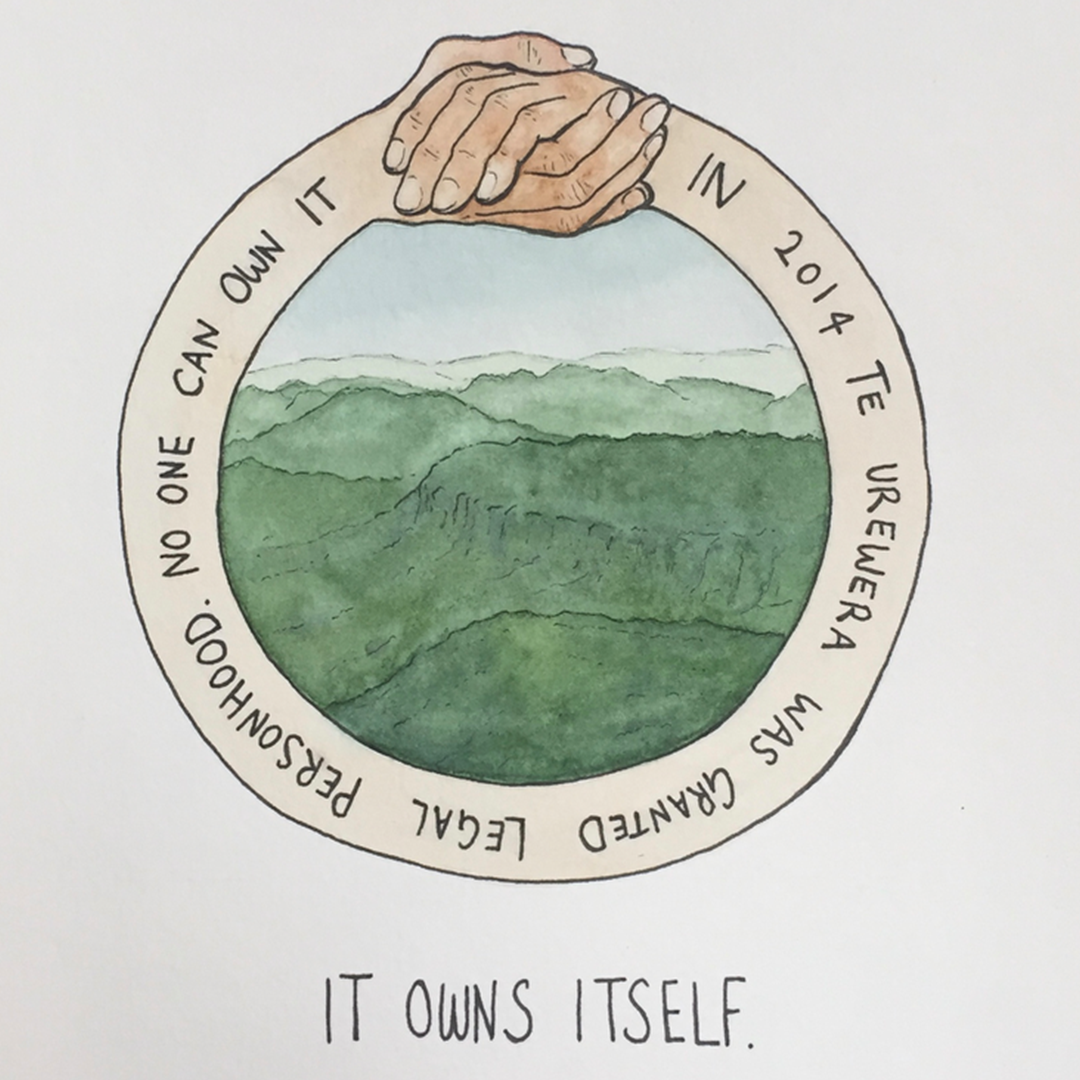 The forest of Te Urewera, in the middle of the North Island, was the first place in the world to be granted legal personhood - all the rights and responsibilities of a person. This means it owns itself.

After land confiscations, Tūhoe were left with just 16% of Te Urewera.

In our episode Taiao | Nature, Atamira Tumarae-Nuku (Ngāi Tūhoe), welcomes Tait Burge, an inner-city Wellington conservationist to Te Urewera. How do we protect our land when we are disconnected from it? 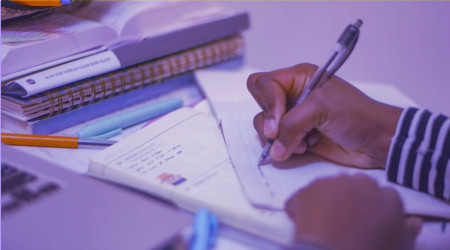