A bat is now a candidate in this year’s Te Manu Rongonui o te Tau/Bird of the Year race. It’s a shake-up that has irked some bird purists.

For the first time, pekapeka-tou-roa, the long-tailed bat, has been included as a candidate in Te Manu Rongonui o te Tau/Bird of the Year.

Bird of the Year is an annual competition run by conservation organisation Forest & Bird where New Zealanders exercise their democratic right to elect their favourite bird. It’s a unifying time where the nation gathers to learn more about our birds and the threats they’re facing, and raise funds to help our native wildlife.

However, it can also be a dividing time, marred with politicking and controversy. Past years’ competitions have been rocked by scandals such as voter fraud and undeclared donations “from wealthy migratory birds living in Monaco”.

This year, tension has started to brew before the voting period has even begun. While all bird candidates have accepted the unprecedented new entrant, some have done so begrudgingly.

“Team Toroa is forced to welcome long-tailed bat/pekapeka-tou-roa as a legitimate candidate, since there isn't any rule that says bats can't campaign,” said Dan Brady, a representative for last year’s runner-up, toroa/Antipodean Albatross, in a media release today.

Why has pekapeka been included in this year’s race? Spokesperson for the pekapeka campaign Ben Paris explains, “New Zealand has two native bat species: long-tailed bats, and short-tailed bats. They are both in serious trouble from habitat loss and predators. Having them included in Bird of the Year is a great opportunity for people to learn more about bats.”

100 percent of our bats (and 80 percent of our birds) are in trouble. Key threats to pekapeka include clearance of lowland forests, and introduced predators such as possums, rats and stoats. These are threats that also affect many of our native birds. It’s fitting that ‘manu’, the word in te reo for bird, can also refer to any winged creature including bats and butterflies.

While pekapeka, despite being a land mammal, is a worthy candidate, I’d like to suggest another underdog who I believe deserves more attention.

The weka is a flightless, fearless bird. They poop their body weight in a day (enviable!) and will probably rummage through your tramping pack and spill your scroggin everywhere (mildly annoying but also entertaining!). She has my vote.

Voting for Te Manu Rongonui/Bird of the Year opens at 9am on 18th October.

Disclaimer: the views expressed here in support of weka for Te Manu Rongonui o te Tau are those of the author and do not necessarily reflect or represent the official position held by the Re: platform. 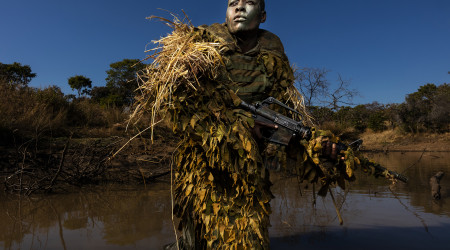