Ava*, 26, and Ryan*, 27, have been together for two years. There’s something Ava wants to try in the bedroom - she thinks it could be quite enjoyable for her, so it’s worth giving it a go. Ryan, however, isn’t too keen.

“You know when someone is super hesitant,” says Ava. “and they’re like “I could be interested in that,” but that’s also not a “yes,” which is important to realise.”

Ava wants to try sex while she’s on her period. Her boyfriend Ryan’s feelings on the matter, however, are less clear.

“My partner, he’s open to it,” Ava begins slowly, “but it’s also something that he’s not comfortable with if that makes sense. He’s like “yeah, I’d be interested in trying that... at some point.””

Noncommittal expressions of “yes...ish” like this aren’t exactly a comfortable level of consent for trying a sexual activity. What people want or don’t want to do with their bodies is wholly up to them, and preferring not to engage in period sex is totally valid. But this tiptoeing does beg the question: Why is there so much hesitation around period sex?

Sure, there will be some enlightened individuals among you who’ve been having period sex on the regular for years, and wouldn’t bat an eyelash if you saw some blood while getting it on. Ezra Koenig of the indie pop band Vampire Weekend expressed just how unbothered he is towards period blood with this rhyme:

If you’re like Ezra and just throw down a $200 Ralph Lauren jumper (or maybe a towel) when it’s time to do the dirty and one of you is menstruating, then congratulations on being highly evolved beings and keep enjoying yourselves.

But it’s not that simple for everyone. For lots of people, of all genders, there’s a mental barrier to becoming comfortable with period sex.

“I wouldn’t say it’s something that gets me going,” says Ryan, who chooses his words carefully when we broach this topic with Ava. “I think it’s just the fact that you don’t want to see blood all over your dick. Essentially, if someone’s bleeding, your natural reaction is ‘oh my God, something’s wrong.’ I think that’s really what it is. It goes against your natural instincts to think ‘Hmm this is fun, this is enjoyable.’”

Angela Rennie, a sex counsellor in Auckland, says, “there is a level of conditioning towards blood for many people. It is often associated with injuries and pain. This means you can have a physical and emotional reaction even though you mentally know better.”

But is that really all there is to it? It’s worth considering: how do we treat periods when we’re outside of the bedroom? And can that impact what happens inside the bedroom?

Jen, 24, is on her lunch break in between scootering around the CBD doing brand ambassador work for Lime. She pulls out a lunch box, a thermos of hot water and a packet of mi goreng, and begins assembling her lunch as she talks about a guy from uni who was known, derogatorily, as the ‘Vampire’.

“[He was called that] because he would engage in period sex. There was a rumour that he would even” - Jen puts on a faux shock-horror voice - “give girls oral when they were on their periods. And everyone was like, “Ohh, so gross!” So there’s definitely that kind of stigma there.”

Jen says it was mostly the guys that were engaging in the name-calling. For them, it would have been harmless joking around, but the jokes were alienating for Jen.

“It made me feel a bit uncomfortable,” she says. “Like, he’s reciprocating pleasure, and it’s consensual and he’s fine with it, so what’s the problem? It’s safe and clean. I mean, hell, if the girl has a tampon in [during oral], how are you even supposed to know she’s on her period, right?”

That unfriendliness towards periods doesn’t just exist in our words - it also comes through in our physical environments.

One night, Ava was on her period while she and Ryan were staying over at his parents’ home. She soon realised there was no bin in the bathroom. She would have to clutch her rolled up pad in her hand and walk outside the bathroom to dispose of it.

Ryan’s parents come from a religion that, historically, has viewed menstruation as impure, and isolated menstruating women to prevent them from spreading that perceived impurity. These views have softened over time, but their vestiges remain, and so, no rubbish bin.

Ryan has spoken to his parents about it, but says they’d still prefer not to have one in the bathroom. “It’s one of those old cultural things that don’t tend to go away.” In fact, the sensitivity around periods in Ryan’s parents’ religious group is why Ava and Ryan have chosen to be anonymous for this article. It’s considered an embarrassing topic, and Ryan doesn’t want to risk upsetting his family.

Juliet Allen, a sexologist and host of The Authentic Sex Podcast, says that “our attitudes toward period sex are often modelled from our parents and our experience of periods as a child. If we are lucky enough to have a mother who was open and honest and embraced the sacredness of that time of the month, then we are more likely to embrace and love period sex as an adult.”

Fellow sex counsellor Angela agrees that the way we are socialised can have an insidious impact on the way we view periods. She recalls, “In my grandmother’s day when she was working in a butchers, she wasn’t allowed to handle the meat when she was menstruating, as it was thought that she would spoil the meat. These messages are also filtered into your brain over time and cause associations.”

If these are the jokes we make, and the traditions we follow and the environments we live in, it’s unsurprising that we’re not that comfortable with seeing periods in the bedroom. Especially if people like the ‘Vampire’ guy who show just how comfortable with periods they are, are ridiculed.

But what do we mean when we say “sex”, anyway? That’s the first thing Ava asks when we begin discussing the topic of period sex, “because when people think period sex, they think a penis inside a vagina.”

Penetrative sex involving a vagina and a penis is, however, just one of many sexual activities that we can take part in. Penis-in-vagina sex is perhaps one of the messier activities you can do while on your period. Jen, who is bisexual, says that when she has sex with people with vaginas, periods are a non-issue.

“You typically aren’t having full, penetrative sex anyway,” says Jen, “which means that putting in a tampon or menstrual cup is actually perfectly valid and keeps everything nice and clean and tidy.”

When Jen has sex with women, rather than focus on the vagina - which is where the blood is - the focus is on the clit and other parts of the body. And as you may know, most women find it easier to orgasm through clitoral rather than vaginal stimulation, anyway.

Or, in Jen’s words: “Uh, yeah! The vagina is an incredibly overrated part of sex.”

“You both have periods, so you both learn to deal with period blood.”

With men, Jen finds period sex tends to be a bigger deal. In her experience, “they tend to be more like, “Ooh gross, gross! I’m putting up with this for you!” Whereas with women it’s a lot more just like, “Oh you’re cool with it? Oh, I’m cool with it. Cool, let’s do this.””

So perhaps being comfortable with period sex is a matter of exposure.

Her partner Ryan, who’s an only child, says he “had no real exposure to periods growing up.”

“Because periods don’t directly affect me or the guys I know, it’s not really on our radar,” says Ryan, adding that the only time periods might be mentioned is to explain if someone’s girlfriend isn’t feeling well, and can’t make it to a social event.

But after moving in with Ava, his understanding of periods has deepened.

“I’ve had girlfriends before but if you don’t live with them, you don’t really notice it because they tend to cover it up or hide it, or not really talk about it that much. This one’s the weird exception,” Ryan says, gesturing to Ava, who likes to send him links to educational articles about periods, and talks openly about her period with him.

And Ava has noticed it making a difference. “He’s gotten a lot better,” she says. “He’s come into the shower with me while I’m on my period, talked to me, and I’ll be like, “Look at all this bloooood.””

When something is unfamiliar and mysterious, you’d rightfully be apprehensive about including it in something as intimate as your sex life. Through talking about periods (or showing your partner drops of blood trickling down your leg while you’re in the shower), they become familiar and known. Less dramatic, more boring.

As well as helping her partner become more comfortable with periods, Ava herself has evolved in her feelings towards periods over the years.

“I did find periods gross,” she says. “It wasn’t until I was an adult that I was like, this isn’t as gross as I thought.”

Ava gets major period pain - to the point where she literally struggles to stay conscious. “When I was young, I used to pass out from cramps,” she says. “I get anemic and weak, and find it hard to focus.”

One day while she was on her period, she was in the shower with a detachable showerhead which she was enthused about for its deep cleaning powers. Then she stumbled upon another reason to be enthused.

As well as finding a great method for some self love, she’d found a way to help with period pain.

“It genuinely relieved my cramps,” Ava says. “It doesn’t help with dizziness, but it helps in one way.”

“Actually achieving orgasm is easier when I’m on my period, because everything’s relaxed,” says Ava.

Jen seconds this. “During your period you’ve got a lot of hormones going on. Honestly, it can do great things for you,” she says. “It always feels a little better, you’re a bit more sensitive.”

“Period blood is a powerful elixir,” says Juliet. “When a woman is bleeding, she is most intuitive and most connected to her womb. When a couple come together and make love, and embrace the blood and the mess, I believe this is really beautiful and increases intimacy and connection.”

Sexual intimacy, for many of us, is one of the greatest joys of life. If period sex means we can have more of that - either because we’re hornier, or more sensitive, or connecting more deeply with our partners, or simply no longer blocking out sex for a week out of every month - then by all means, let’s lay down that Ralph Lauren jumper. 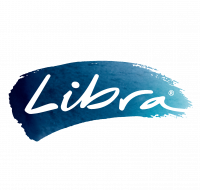 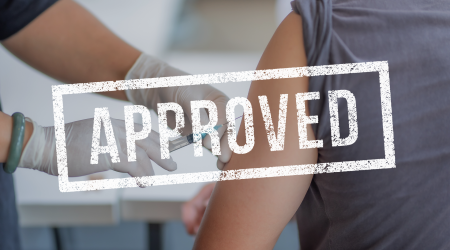