Last night young candidates from Labour, National, ACT, the Greens and NZ First had a fiery debate about issues that matter the most to young voters. Hot topics were protecting the environment, controversial tax breaks, crippling debt and building houses on “stolen land”.

As a young voter myself, I found the debate surprisingly entertaining. It was refreshing to see young politicians in the spotlight, talking about issues I care about, and no one telling them they “lacked experience.”

Here are seven of my most memorable moments from the night. You can watch the debate here. 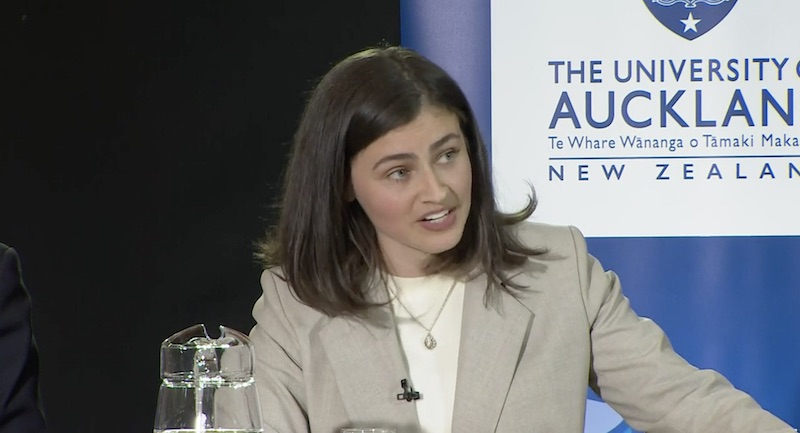 “I think it's disgraceful,” says Van Velden. “It's fiscal child abuse, that we're borrowing $140 billion and we're expecting the next generation to pay that back.” She said she had met students who had lost their jobs, and was worried they “not only might not be able to buy homes, they might not be able to save at all.”

Swarbrick responded by saying this was an “ACT party soundbite”. “It’s disgusting”, she said and went on to say that child poverty "is essentially a way to communicate whānau and family poverty", and politicians have removed themselves from poor families. 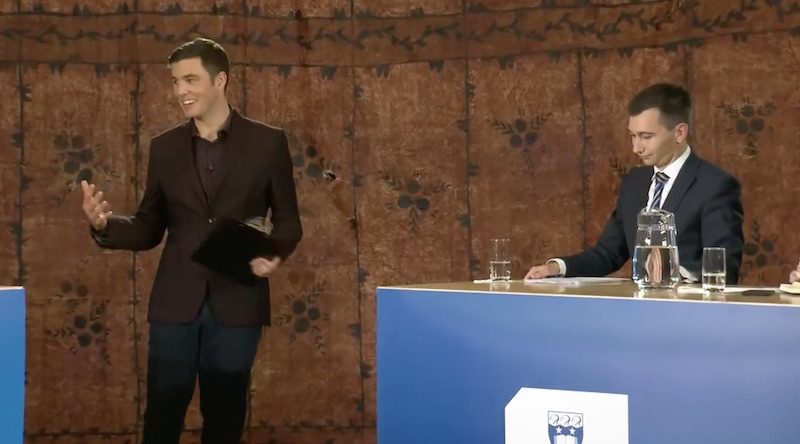 TVNZ presenter Jack Tame questioned why National wants to give high earners, like himself, a bigger tax break than anyone else.

“How can your party justify giving someone like me, on a six figure salary, a $60 a week tax break? When it is the people in this room that’ll have to pay it [debt caused by Covid-19] off?,” he asked National MP Simeon Brown. “You're giving me 60 bucks a week, but you give someone on the minimum wage eight bucks a week?”

“It’s about stimulating the economy, because you will go out there and spend it,” says Brown. He said his party wanted to give people on median incomes ($60,000-$90,000) who are “not wealthy people”, tax relief because they will go out and help stimulate the economy.

Swarbrick interrupted and asked Brown, “So poor people deserve to be poor?”

Brown backed his party's policy and said stimulus starts from the bottom with businesses, rather than from the top. But, Swarbrick corrected him and said this idea was "the definition of top-down". 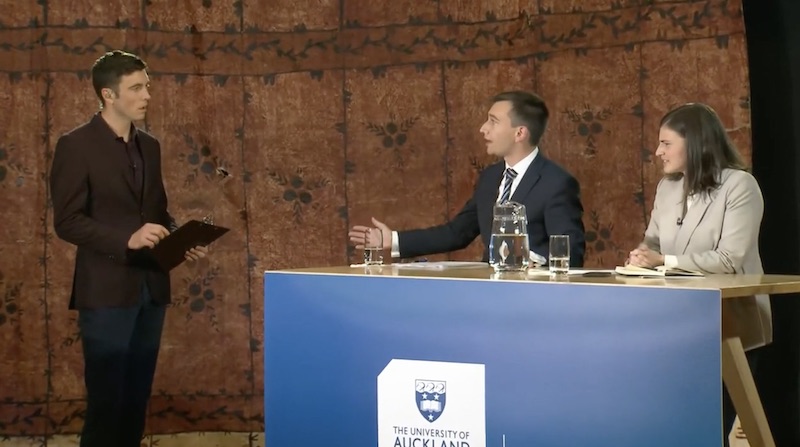 Labour MP Kiri Allan called her party’s own tax policy, to increase tax for earners over $180,000, “stable”. Brown said Labour brings "lots of platitudes" instead of a plan, and that it isn’t possible to tax ourselves out of a recession.

3. When Swarbrick shared her solution for controversial statues

Jack: “Should we remove statues of historical figures who are deemed to have been racist?”

Swarbrick: “Put them in a racist garden.”

4. When ACT’s Brooke Van Velden revealed she was an environmentalist who used to vote for the Green Party, then proceeded to criticise environmental policies. 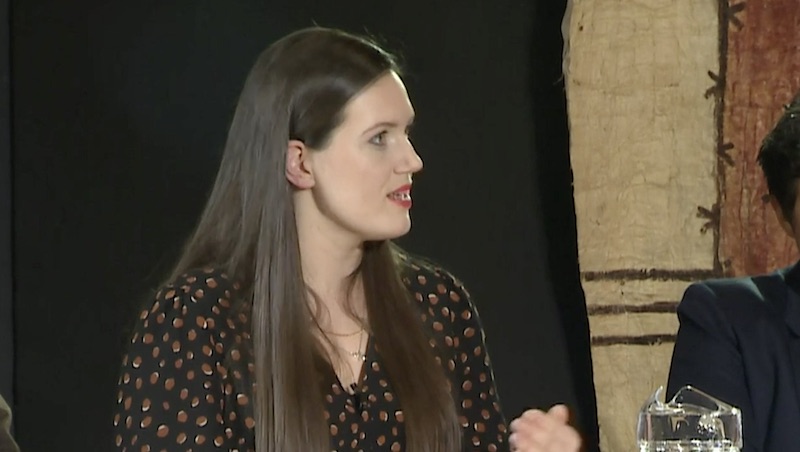 “I am an environmentalist. And I used to vote for the Green Party. I voted for the Greens twice before I realised that they're all talk and what their policies do is actually decimate our economy and doesn't help the environment.”

“The zero carbon net policy, for example, allows a minister to choose which industries should survive and which should die. But also the oil and gas ban doesn't do anything to help climate change. It simply moves the economy offshore to Indonesia, so we are also just shifting our economy overseas and impoverishing us.”

Green’s environmental policies were under fire throughout the night. Jack Tame questioned why agricultural emissions were still not included in the Emissions Trading Scheme, despite Greens co-leader James Shaw being the climate change minister.

5. When nearly everyone struggled to admit they didn’t want house prices to go down 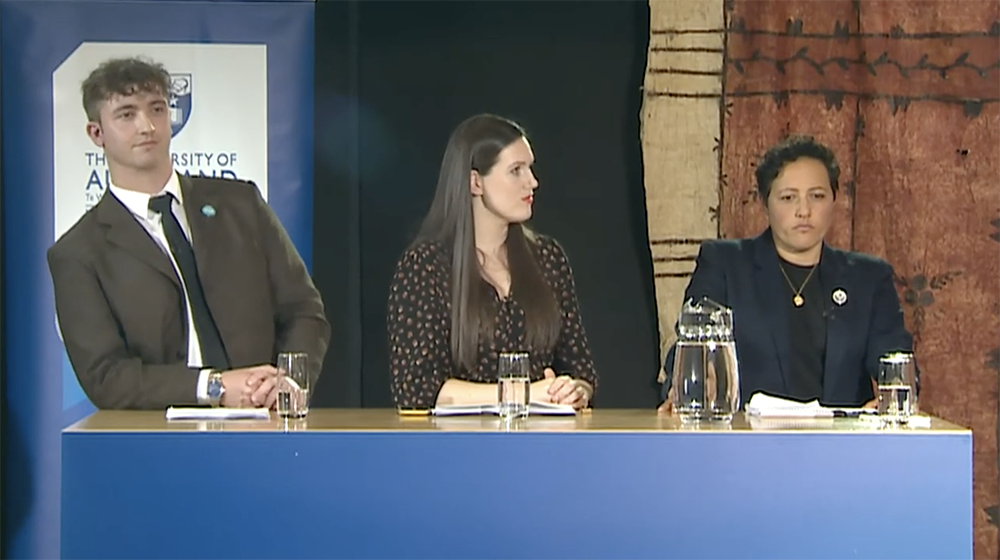 ACT, Labour and National refused to say house prices should go down.

At one point Jack asked each politician if they wanted house prices to go down. The challenge: they could only answer yes or no.

Swarbrick answered, “Yes”, while NZ First’s Griffth said if wages do not go up, then house prices must go down.

Labour’s Allan and ACT’s Van Velden both refused to answer yes or no, and said housing needed to be “more affordable.”

Brown outright said he “didn’t want to answer that” and went on about how National wants to “reformed the Resource Management Act. So we actually have a sensible legal framework for construction or development….”

Brown: “I want a market where supply and demand…”

6. When Brown said Labour should help fix the housing crisis by building houses on Ihumātao

“Well this is the party which said they were going to build 100,000 affordable homes within 10 years. Well they've built I think just over 500. They’ve stopped more houses being built at Ihumātao, then they’ve actually bought through KiwiBuild,” he said.

Then the crowd erupted in a mixture of ‘boos’ and cheers.

Allan fired back by accusing the National Party of tearing down state housing and failing to follow this up by building more homes. “We’ve built more houses in the last three years than they did in their entire nine years,” she said.

Swarbrick later on criticised Brown’s comment by saying it is possible to build high density housing while protecting the environment and Te Tiriti o Waitangi.

“I really want to call out the false dichotomy that Brown's putting out there, apparently, we need to build all of the homes on stolen land.”

New Zealand First will write off student loans if the student works in New Zealand after graduating for as long as their degree lasted, said Griffith.

If you want to hear more from what the politicians said last night you can watch the full debate here.