One year out from their wedding, New Zealand filmmaker Jan Oliver Lucks (Ollie) and his now ex-fiancée decided to open up their relationship. They also thought it would be a good idea to film it. 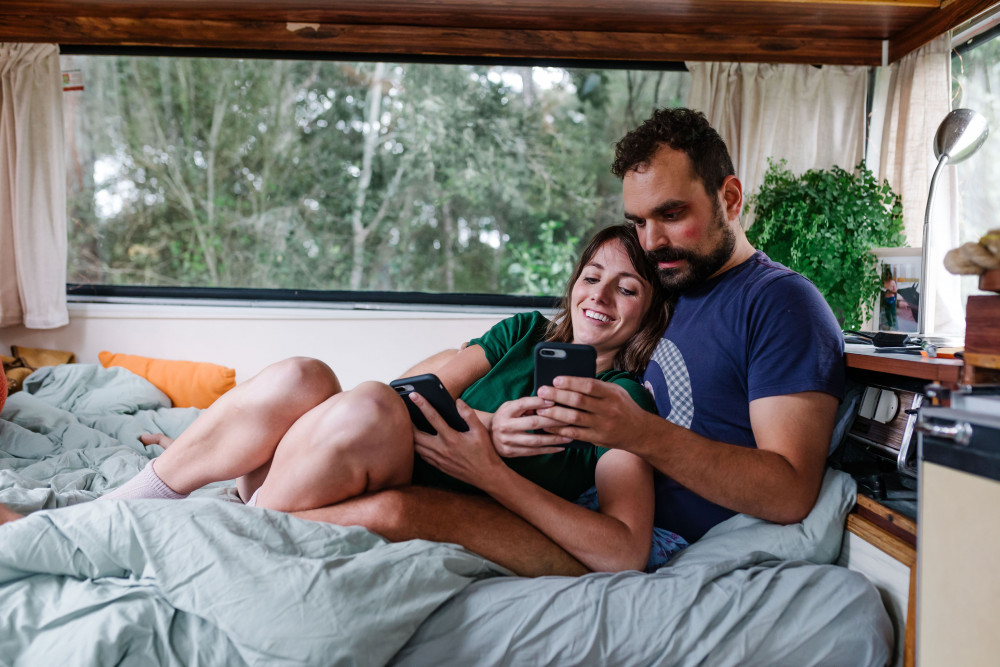 At first, they tried an open relationship where they could sleep with other people of the same sex. But soon, the rules slipped and the relationship quickly escalated into a polyamorous one, where Ollie met a new girlfriend and his ex-fiancée found a boyfriend who she fell in love with and later left Ollie for.

Towards the end of the film, we learn that ‘the fiancée’ character is actually a paid actress, Natalie Medlock, who became part of the project after Ollie and his real fiancée broke up.

The breakup meant Ollie not only lost his fiancée, but also a year's worth of footage, and after speaking to him, it sounds like losing the film hurt the most. But after some serious reflection and soul searching he came up with the idea to cast Natalie to reenact the footage of his fiancée to make the documentary-fiction hybrid film.

And the result is a slow moving car crash where you just can’t look away. 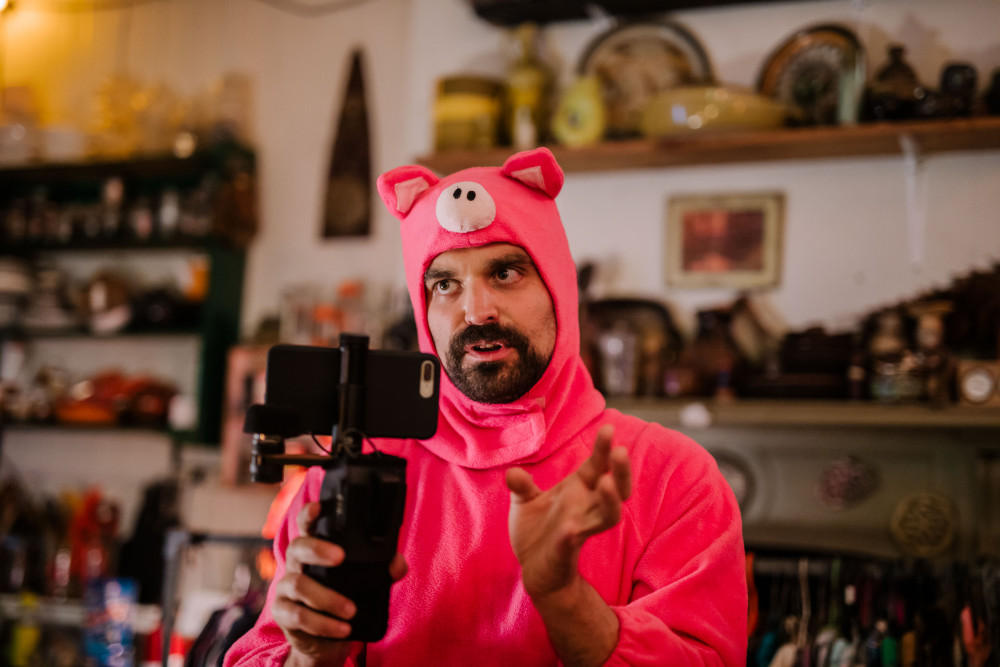 We spoke to Ollie about his experience with open relationships and polyamory, what he learnt, and what the heck went so wrong.

Re: Hey Ollie, so why did you want to open up your relationship a year out from getting married in the first place?

Ollie: I mean, who wouldn’t want to try to have your cake and eat it too. The idea is that you have the security of a committed, loving relationship, but also to have the adventures and the excitement of new bodies.

So how did it go at first?

It worked out really well for a few months. We were so excited about it, we couldn’t shut up about it.

When we opened up our relationship, I came out as bi-sexual. So that was the new and exciting adventure, being with a man sexually, which I had been curious about since my early 20s but never really acted upon. And then suddenly I could, while having my best friend sort of by my side, not always literally in the room, but sometimes.

She had never really experienced same-sex stuff before we did this either, so for a while it was thrilling and enough.

But yeah, eventually the goalpost shifted.

What happened when you decided to change the rules and date people of the opposite sex?

We opened it up more for her first and agreed she would be able to date other men. And it was pretty amazing how much of a difference that made in terms of jealousy. Somehow with the way I am wired, it really did feel like a threat. It felt so different.

When she was sleeping with a woman, even though she would develop crushes with them, and at one point had a short-term relationship with one of them, it just didn't it didn’t feel anywhere near as threatening as with men. 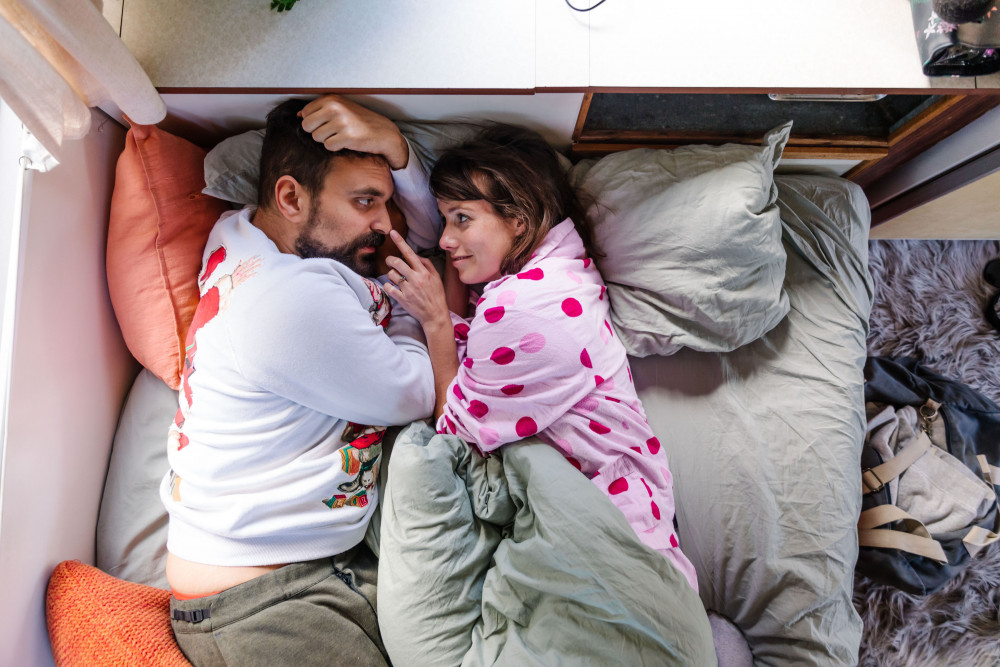 About half an hour into the film, your fiancée lets you watch her have sex with another man over a video call. It’s pretty clear how uncomfortable you are starting to feel about the arrangement. What made you keep going?

It became harder and harder and more challenging as time went on. But because I had the film to distract from that, I think I was quite skilled at avoiding it and running away from those feelings.

I was wearing two hats in a way. I was wearing the filmmaker hat and the fiancée hat. The filmmaker part is a pretty strong part of me and so for better or worse, actually definitely for worse, I knew that we were getting good content while I was stabbing myself in the heart. And in a lot of ways choosing the story over my wellbeing, emotional health, and my relationship at the time.

Losing your fiancée is a huge sacrifice to make for a film project, do you have any regrets?

Straight after the breakup, there was a time where I regretted it for sure, suddenly my fiancée was gone and the wedding and future we had planned was gone too.

But then in hindsight, as time passed, I was watching the original footage and I could see just how mismatched we were in a lot of ways. I saw the ways I wasn’t a great partner, some of which are in the film. But also how she wasn’t a great fit for me.

So in a way, I think we saved ourselves a lot of time by doing both the open relationship and polyamory thing and the film because we sort of compressed a lot of discussions and conflict into a short timeframe.

I think if we had gotten married, we would be married for I don't know three or four years, but we would have ended up breaking up anyway. But maybe not as dramatic. 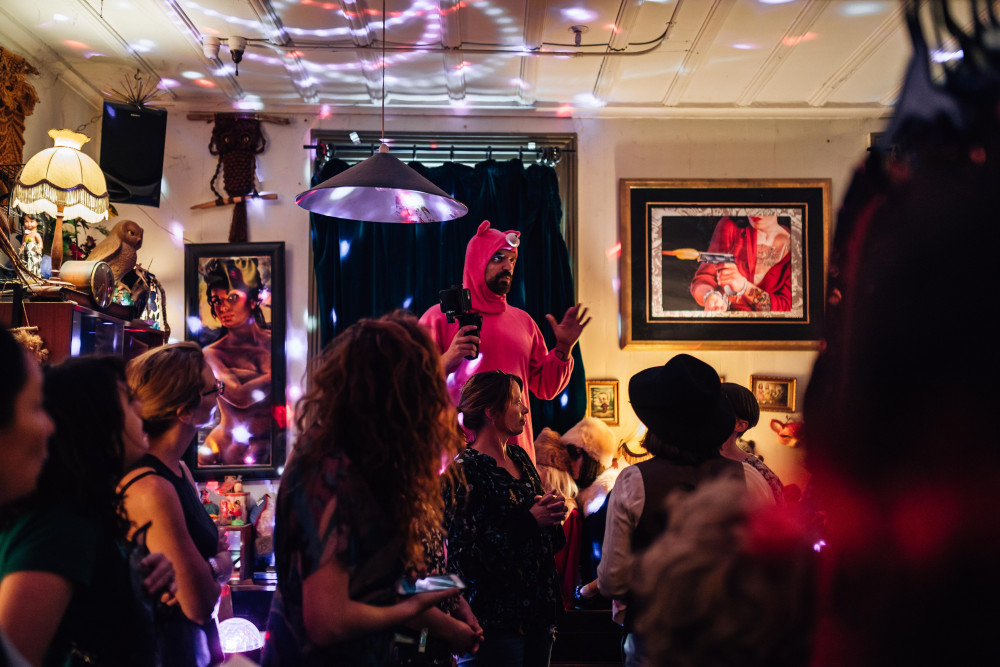 It feels like there is this growing trend that acknowledges how monogamy isn’t for everyone, and more people are wanting to experiment with open relationships. Do you have any advice for couples who are thinking about opening up their relationship?

No, I don't think I could give a blanket recommendation, saying you should or shouldn't do it. I think it depends on why you are thinking about doing it, what's at the core of wanting to delve into it? Is it because you are searching for something you can not find in your relationship or are both doing really well in the relationship and it's healthy and secure?

Some people do open relationships successfully, and fewer people do polyamory successfully. But it's a small number, and there is a reason for that, it’s really hard work.

But it is great how you build up your communication skills, you become really good at discussing feelings and vulnerabilities, and so you grow a lot which is good for a couple.

Will you try an open relationship or polyamory again?

But the fact that we tried it during a long-distance relationship is a big no-no in the polyamory community, and in hindsight, that makes a lot of sense. 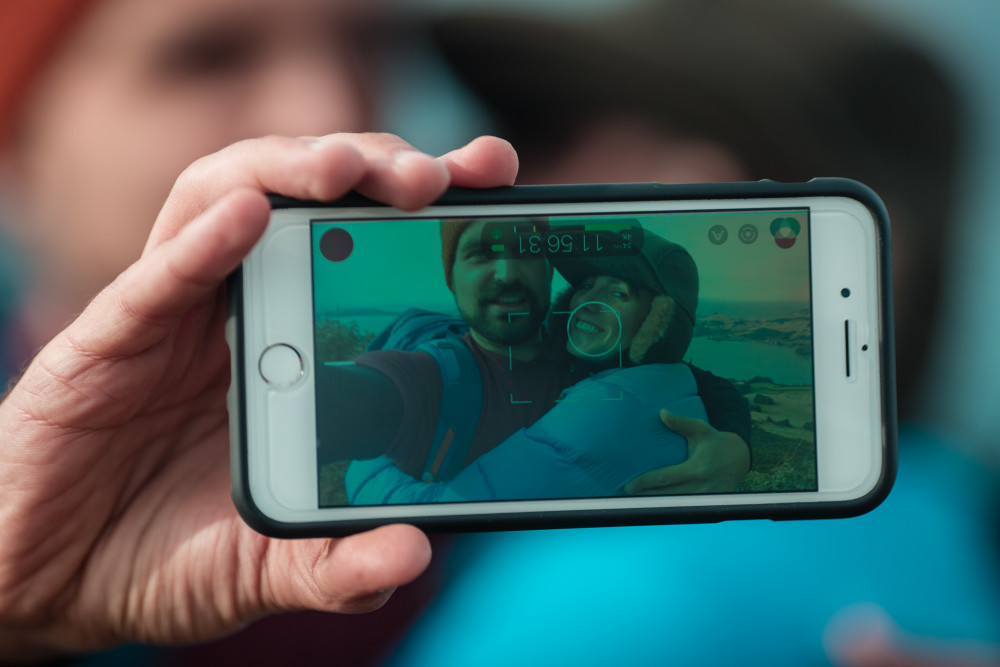 Would you have stopped the open relationship if you weren’t making a film about it?

Yes. That’s the short answer. When she started seeing Tom he was a massive threat from the start, in part, because he was a lot of things that I feel like I'm not enough of.

I was just being unwise about letting things progress so quickly and far away from me, and sometimes even making suggestions for them to do some things together because it would be good for the film, rather than looking at how I would feel about it and what that would do to my relationship. And suddenly, there was no need for me at all.

So if we weren't making the film, I think I definitely would have said stop.

But my editor once told me: ‘you don’t put a dashcam on a car to film the beautiful scenery'. Meaning that in some way, maybe I knew, either from the start or at a certain point that we weren't right for each other, and we were headed for a crash.

And that was intriguing to me.

For most people, our memories of breakups can be pretty warped by our emotions, and maybe we choose to remember things differently or leave painful things out. Did it feel strange to actually watch your relationship unravel on video?

For me, that was the biggest takeaway in the project, how much our memories get skewed by emotions, and you constantly rewrite the memories to fit your narrative. But it sort of gets further and further away from the truth.

And then periodically having the footage to go back to and see the more objective truth from what was captured was really amazing. You really see just how great we are deceiving ourselves to not be the villain in our story.

I'm hoping that there's a rising awareness that we are emotional beasts and that our memory is shaped by emotion and not rational thinking.