Her photos capture a time where queer safe spaces grew by word of mouth and subtle hints in the newspaper.

At the time, her images were censored, photos were pulled from exhibitions and the art community refused to work with her. Society was not ready to accept, or even acknowledge New Zealand’s lesbian, gay, non-binary, transgender, intersex and takatāpui community. 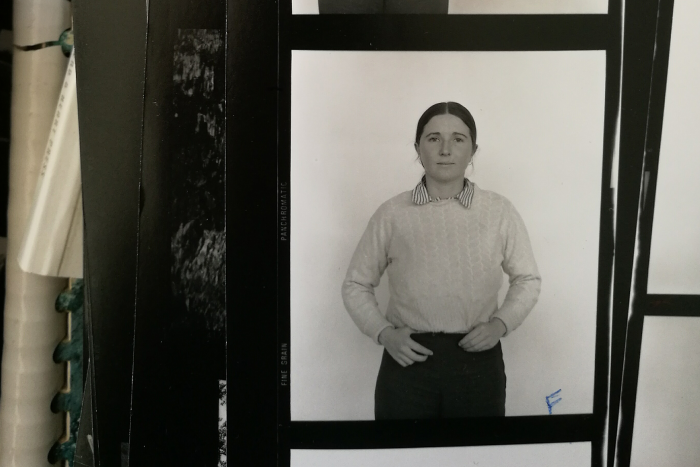 Today, Fiona’s work provides valuable insight into the queer experience of 1970s Aotearoa. Here are the stories behind some of the photographs, as told by Fiona. 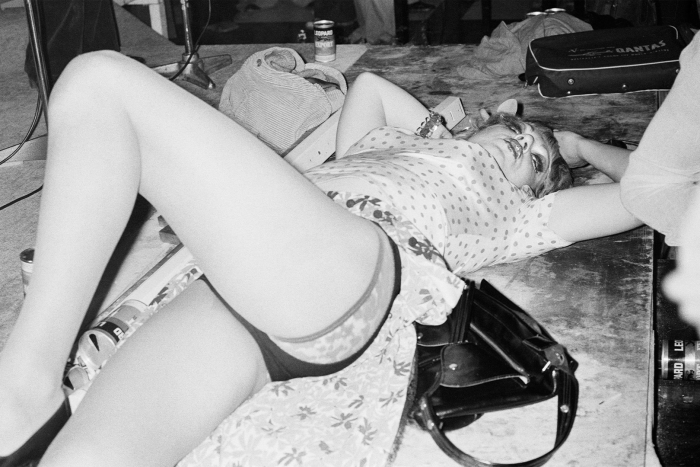 “In this photo, [Karl] was doing what he called his Marilyn numbers.

“He was actually a law student during that time. But he failed, of course. In those days, law school was not having someone as ‘high camp’ as Karl.

“In your second year at law school, you have to present to the bar. We knew as soon as we saw what he had on that he was going to fail. He had hot pants on and was wearing a cropped red top. I think he might have even had boot heels on with maybe some little sockets.

“But he was very intelligent, he had all the language and knew all the right words to say. But because of what he had on, we left thinking, oh no, Karl is going to fail this year. And he did, of course.

“It was very different back then. It was really brutal. There was no kindness. That’s why some of my work didn’t get seen. People had ideas that they were going to be vets or lawyers, like Karl. But he didn’t. He died, sadly. And other people just got shunned.” 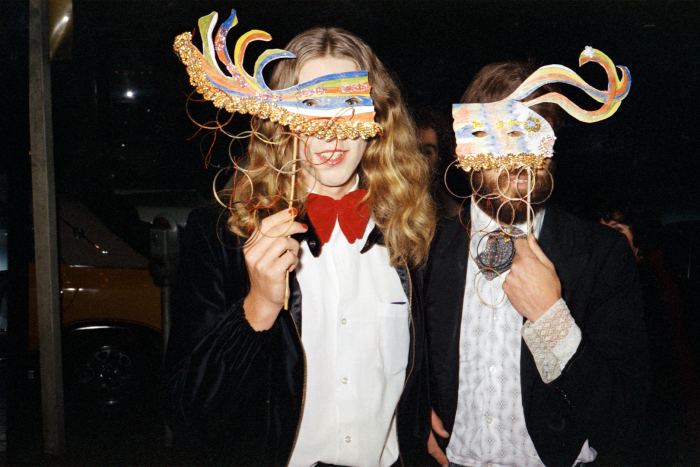 “People really dressed up that night. It was probably the first openly queer event that Auckland had held.

“I've got a photograph of the billboard that got put up at the top of Queen Street. I mean, that was pretty out to advertise that.

“Most people didn’t care for the photographs I took at the time. They were in colour, and black and white was the medium of contemporary New Zealand photography at the time.

“People didn't quite get that [the colour] was part of why I took them. I wanted people to know that this world existed. It's colorful, it's real and it's out there. Because, you know, the world wasn’t black and white for a lot of people.” 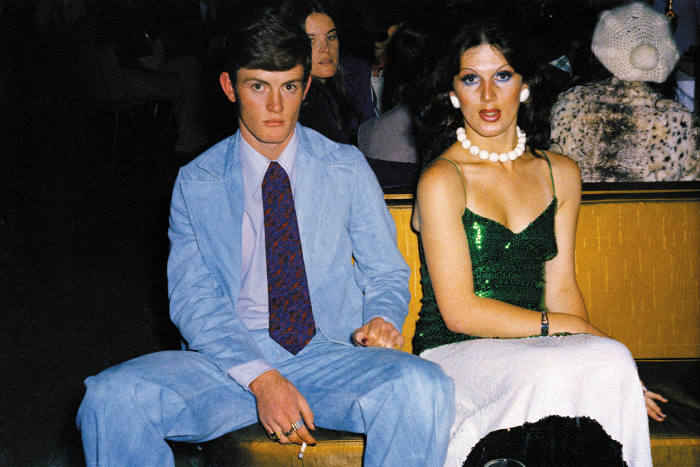 “Over the years I've kept in touch with Diana. She died two years ago in Melbourne. I kept a friendship with her for a long time.

“I try to keep in touch with people as best as I can. So if I’ve photographed somebody, I usually know where they are, if they’re still around, if they’ve died.” 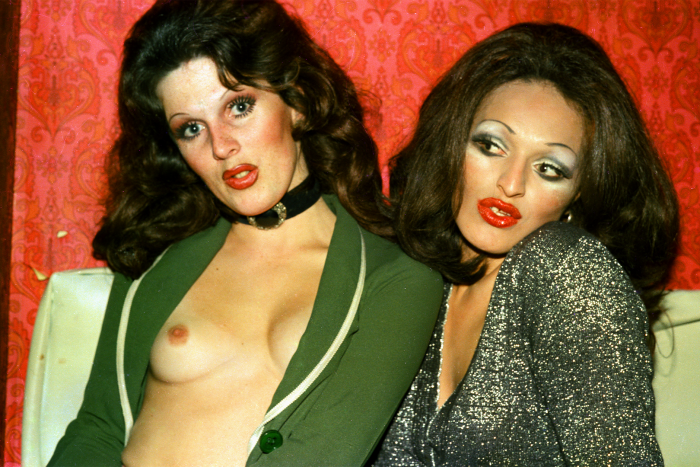 “Mojo's was the nightclub that people went to. You didn't go there during the weekend. Friday and Saturday night was open entertainment for everybody. But during the week nights, it was quite different, it was much more [queer-friendly].

“There are certain clues when you see a photograph from this era and you think: that's Mojo's! You can see the classic Mojo's wallpaper and the white vinyl seats they are sitting on.

“There were very few clubs that the queer scene could call home back then, but Mojo’s was seen as ‘the club’.” 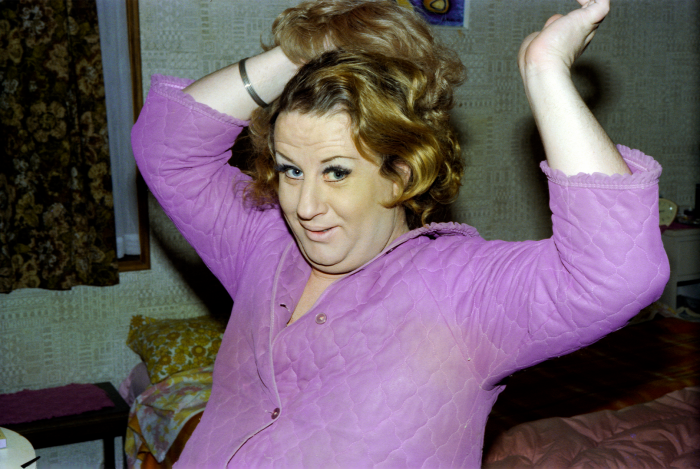 Pat Crowe (also known as Tiny Tina) in her Mt Eden flat getting ready for a night at Mojo’s, mid-1970s

“Pat was an amazing performer. Very good comic, very good actor. She used to host a queer evening up at the Las Vegas club on Karangahape Road. She later moved to Bundaberg and performed theatre there.

“She died a wee while ago in Australia. I've seen a video of the funeral that they held for her in Bundaberg. It was like a whole show, it was like a Hollywood show. She was so well respected.” 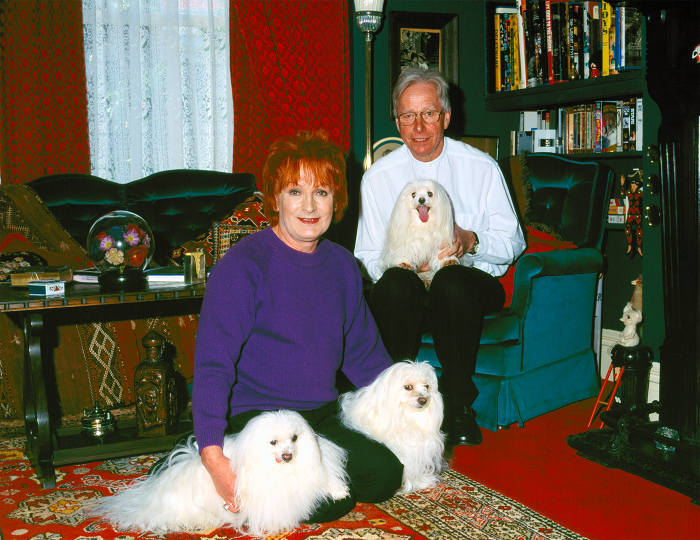 Johnny (left) and Peter (right) at their home in Wellington, late 1960s

“[Johnny and Peter] worked as window dressers in two big local department stores. They had all the skills to make things. They quite often made outfits for people to perform in.

“I went over to their house because I wanted to talk to them about the early queer scene in Wellington. They had been a couple for so long and I wanted to know what that was like for them, especially in the early 60s.

“They had these scrapbooks that went to Te Papa. In it, there were some beautiful polaroids that captured the very early queer scene in Wellington.

“I know that, for the people I have known, if they had been accepted their lives would have been very, very different. That's the thing I find incredibly sad, when people can't fulfill who they really are.

“I just have to remember that most of my friends have died. I’m so lucky to still be alive. I’ve got a friend who was telling me about how excited she was to get her Gold Card the other day. Never for a minute did she think she would live this long.” 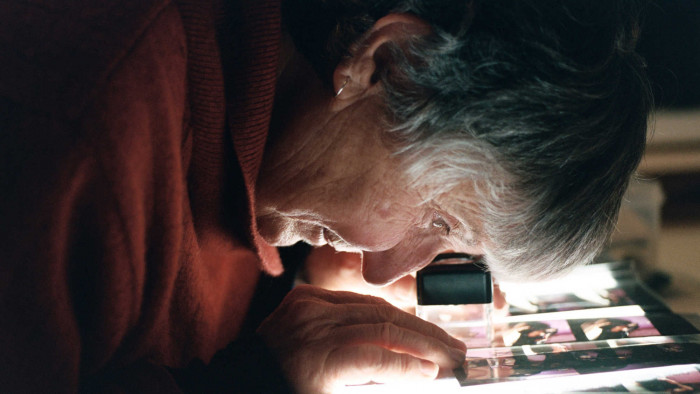 Fiona appears in a documentary titled Fiona Clark: Unafraid at this year's New Zealand International Film Festival. Directed by Lula Cucchiara, the film follows Fiona and takes a look at the history behind her photographs that shocked 1970s Aotearoa.

The documentary is screening around the motu, get your tickets here.