Last week Wellington held its first vogue ball at the City Gallery, hosted by Auckland’s House of Aitu. It’s a competition that mixes runway walking, dance and performance art, first started by queer people of colour in New York in the 1980s. For many in Wellington, it felt like the first time a space like this had been made for them in the city. Renati Waaka went along to document the ball, and spoke to three people about what it meant to them. 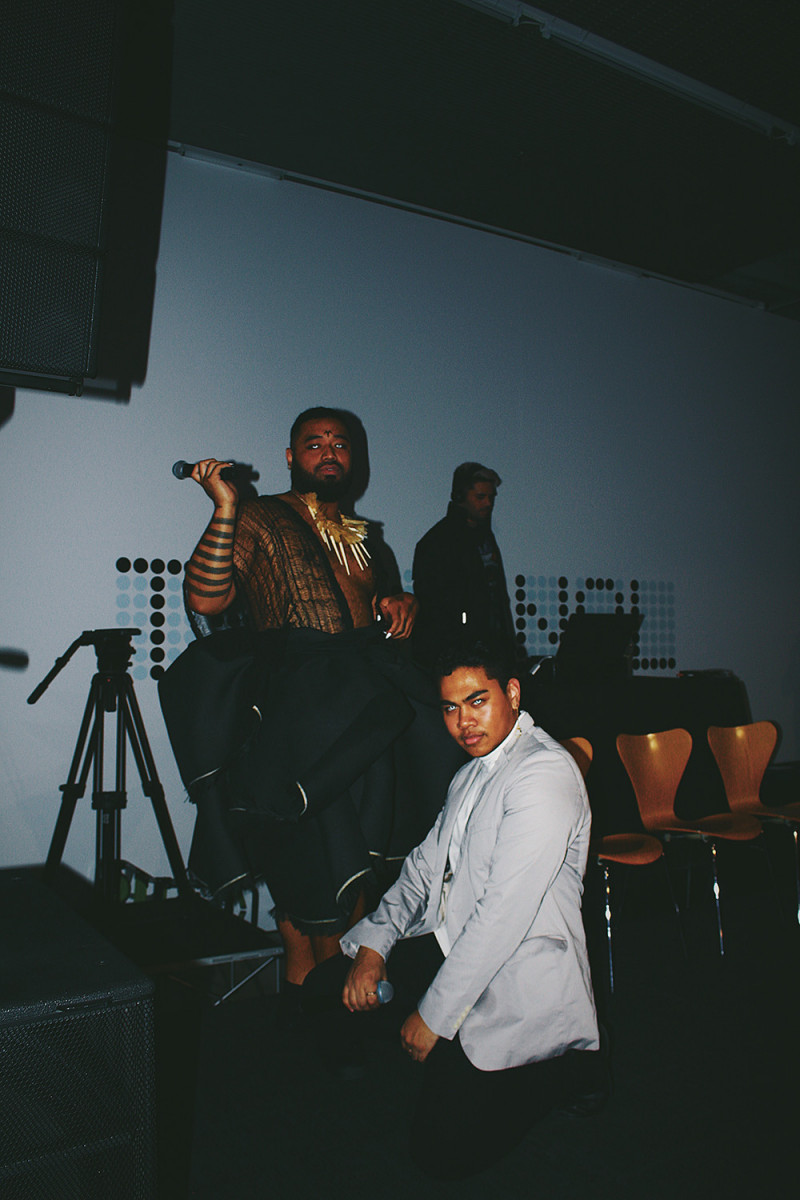 When you develop a space that focuses on community, family, authenticity, inclusion, diversity, competition and love, you begin to witness yourself become a part of something that is much bigger than just yourself.

A vogue ball space where self-discovery is promised, and lifelong familial bonds are created. The reality for many outcast QPOC (Queer People of Colour), including me, is that they have only had themselves and a handful of chosen family to lean on throughout life. 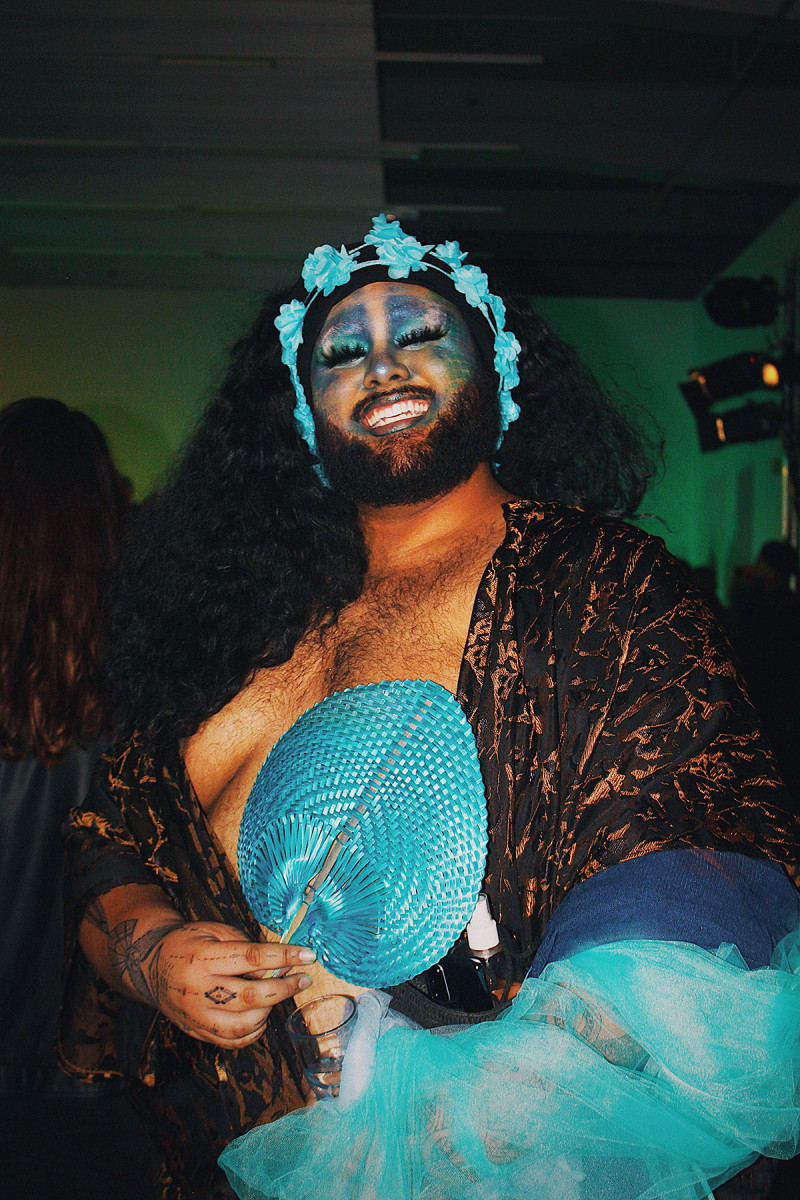 Bringing a ball to Wellington came with the determination that we could spark something that would ignite the creation of an independent scene down here.

We wanted this so that Wellington too may be a witness to the liberation such a space can offer; to witness the community and family that can be born from this space. The Auckland vogue scene started with an idea, and persisting through trial and error over time. If Wellington wants it badly enough they only need to follow suit. 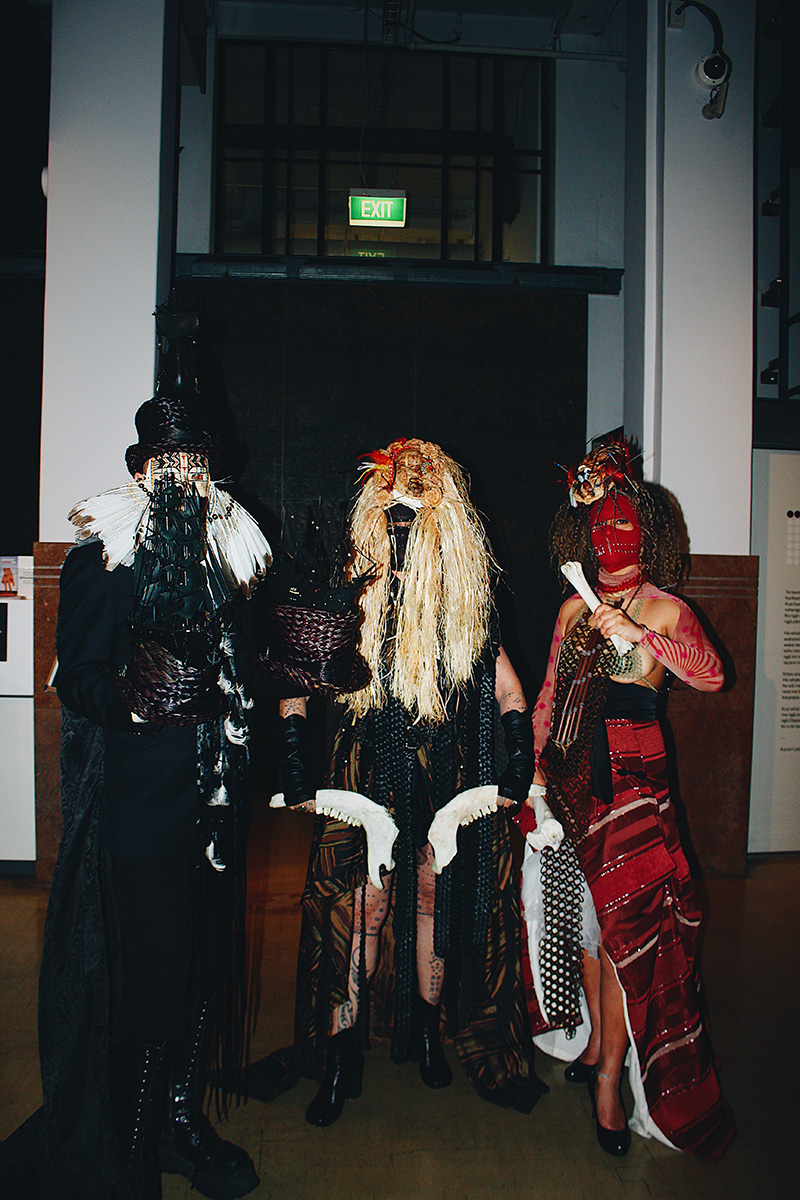 I hope more lost young queer youth, especially QPOC find a sense of home in our ball scene. I hope they find good role models, and are inspired to live life for themselves.

There is no better revenge than success. Do you want revenge in life? Revenge on the world? Revenge on society? Work hard, push yourself to new heights, and watch as they can wonder how you did it. Periodt. 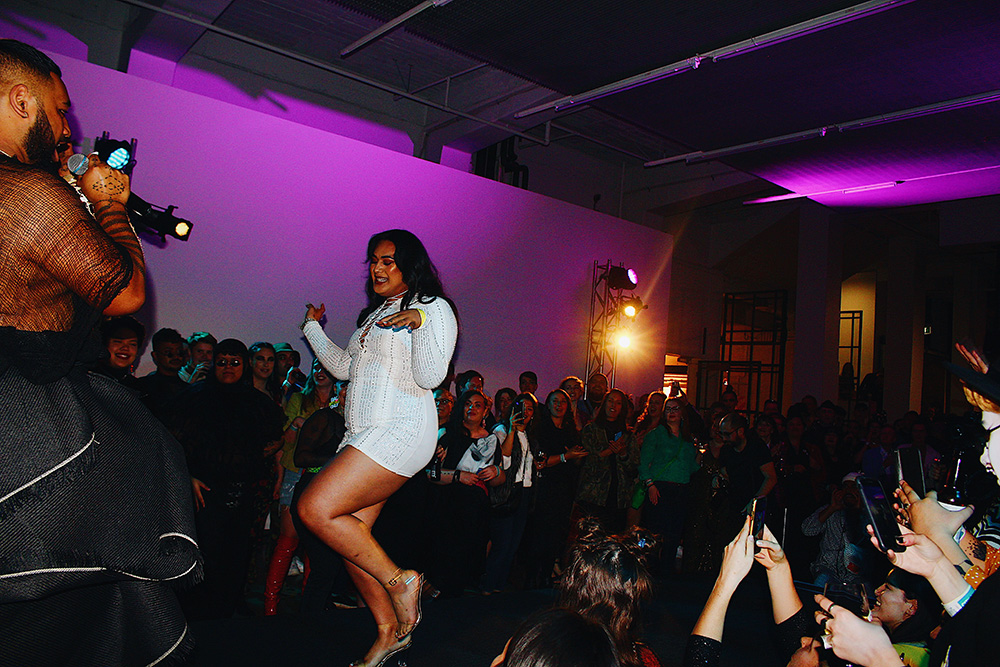 Khiyara Aitu performing at the ball.

The ballroom culture is truly a place for every and anyone who feels out of place. It’s helped me become the person and the woman I am today. It creates a sense of belonging and love that I’ve never been able to experience growing up. 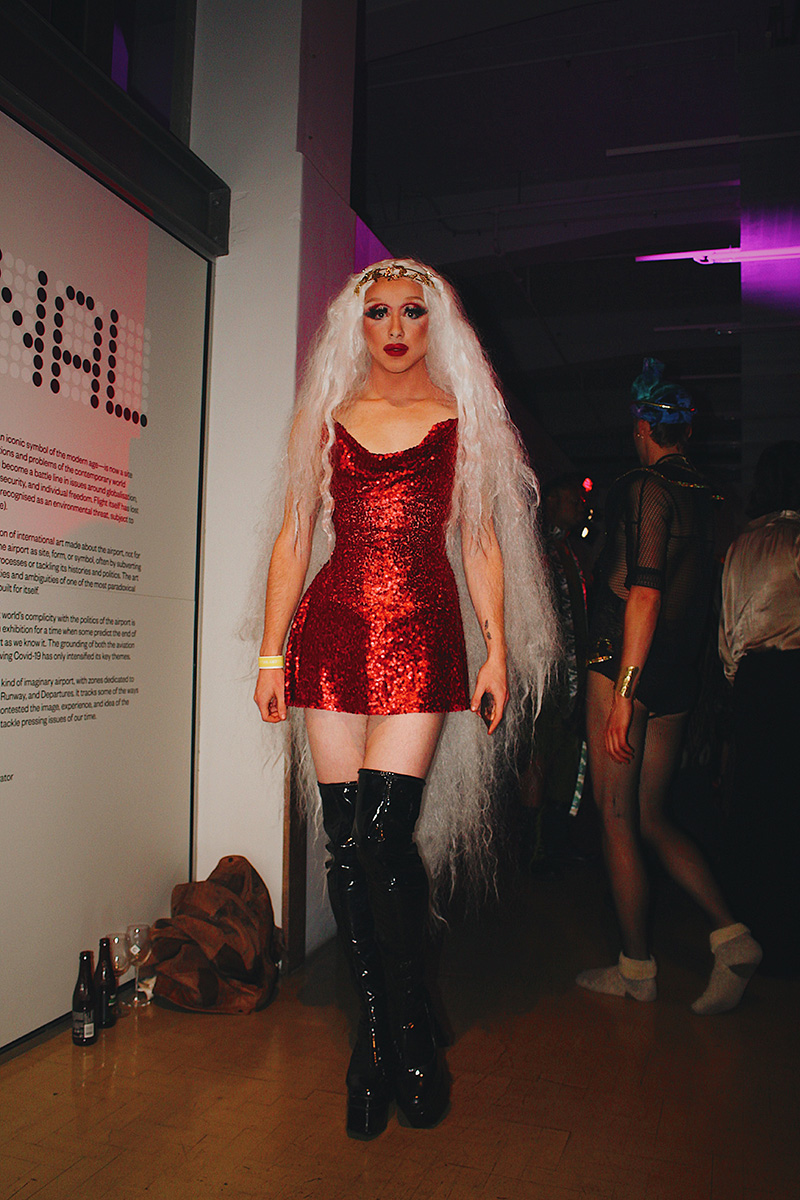 It’s helped me live my truth and truly celebrate what it means to be a fem queen or a trans woman of colour. The ballroom scene has helped create a safe atmosphere in cis-gendered spaces for people who are like me so that everyone and anyone can feel that way wherever they go.

I’ve become a young role model to the Pasifika community just from me never really limiting myself to a stereotype portrayed in the media of what a trans woman should be. 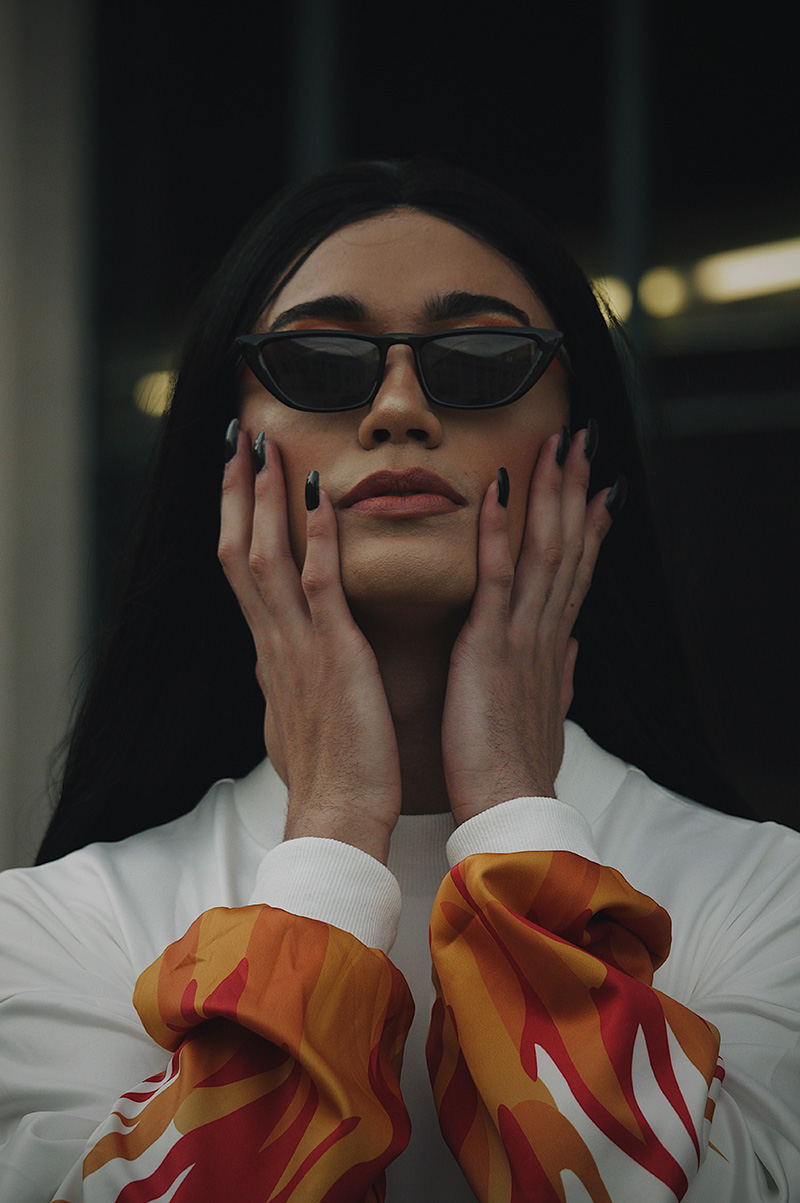 I am like every other human on this earth and that is what the ballroom culture and environment is like. It truly is a celebration.

I think it was very important for us to bring ballroom down to Wellington because as we discovered through the workshops there is a large community of queer people in Wellington in isolation with no space where they feel safe enough to allow them to connect, network and celebrate what it means to be queer. 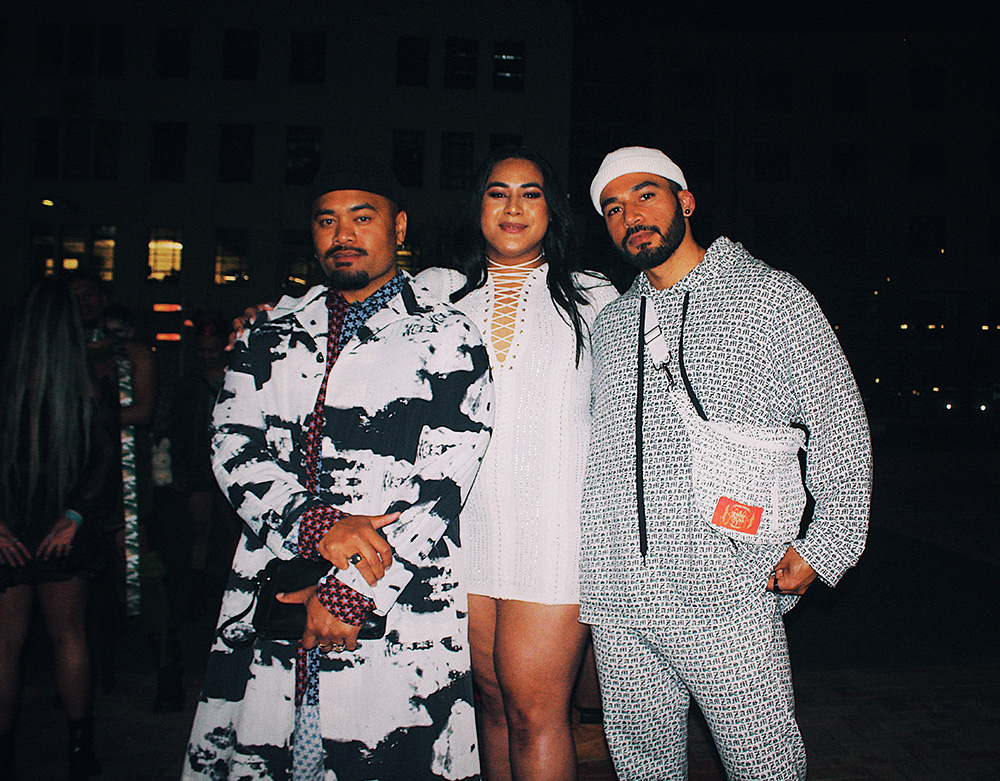 It was voiced to us by local queer folk that there is not enough representation of queer people here, no spaces created specifically for them to truly be their authentic selves where they feel safe enough to celebrate their identities.

What I would say to young queer people of the world is, your journey has just started. It’s not gonna be easy and not every battle is worth the fight but you will make it. I encourage you to never limit yourself. 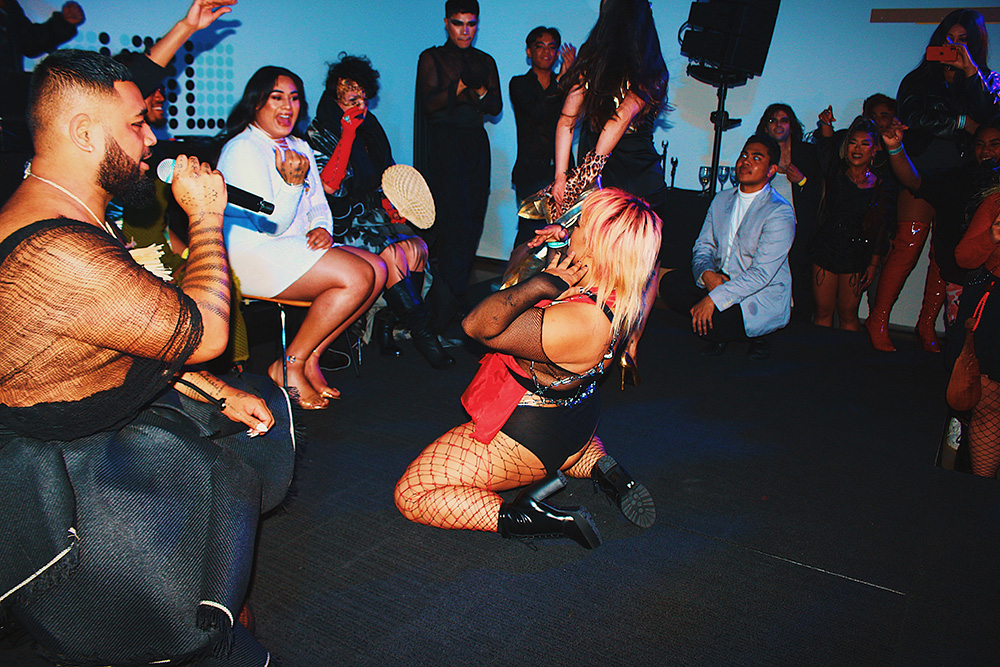 Just like everyone else on this earth, the world is yours for the taking so use your power. You are loved and learn to celebrate what makes you different. You are deserving of everything so go out and get it. 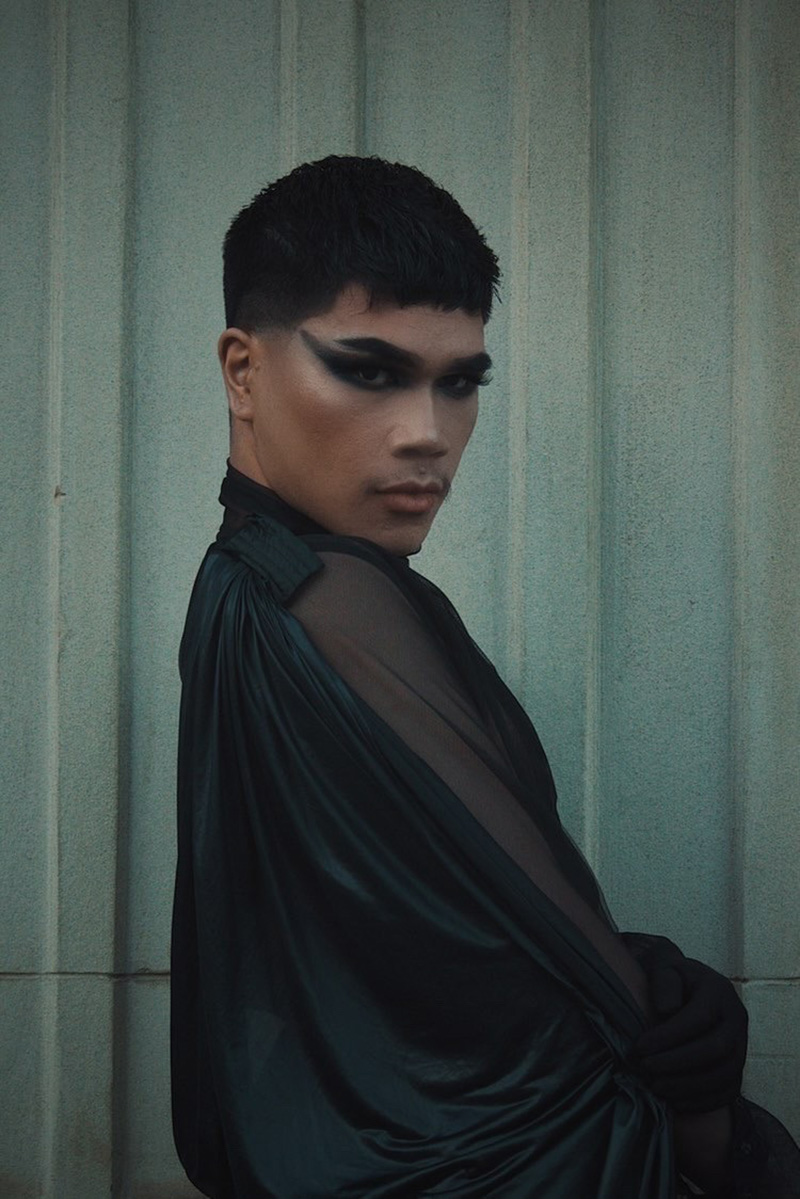 Carym at the Aitu vogue ball.

The Virgin Vogue category is made for those performers who have been voguing for less than a year. Like any vogue performance category, you need to exhibit the five elements of vogue. 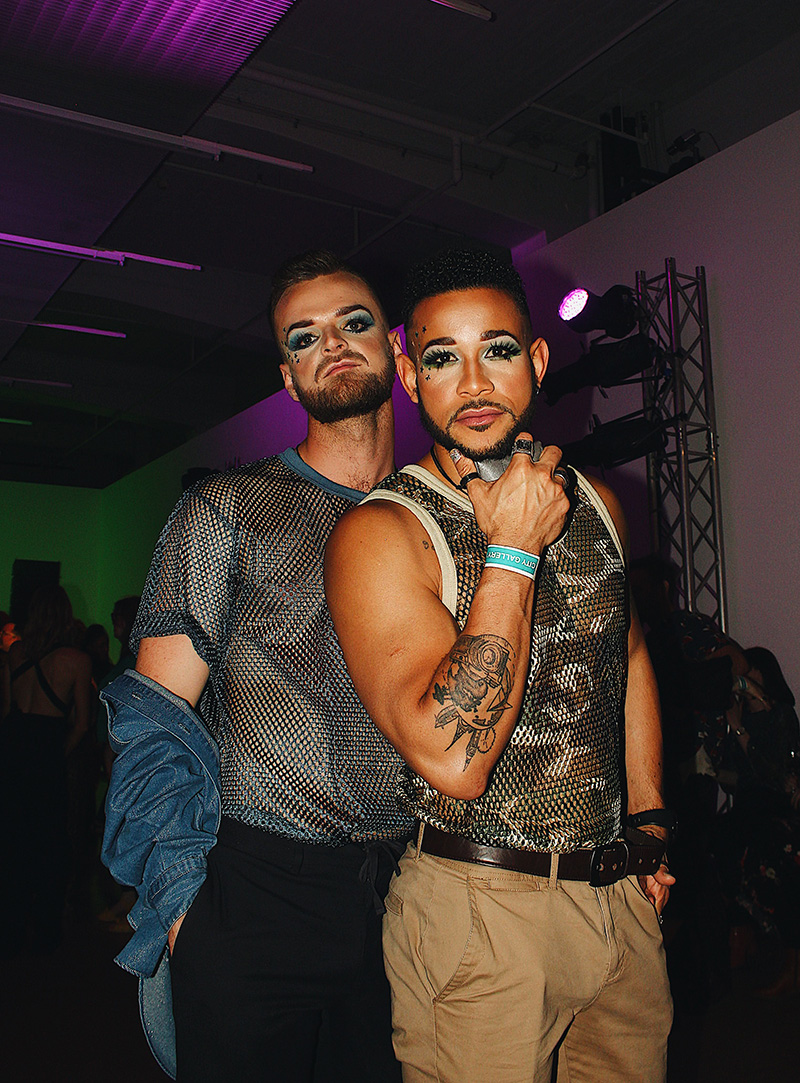 The theme for this category was Te Kore: the void, nothingness. For my look I asked myself “What would somebody who lives inside a black hole wear?”

Personally, I’ve always had a feminine energy about myself, but like any other queer POC I had to keep that cubby-holed away growing up. When I came across the YouTube channel Ballroom Throwbacks I immediately gravitated to vogue and ballroom culture, and have since spent hours watching and admiring it from my screen. 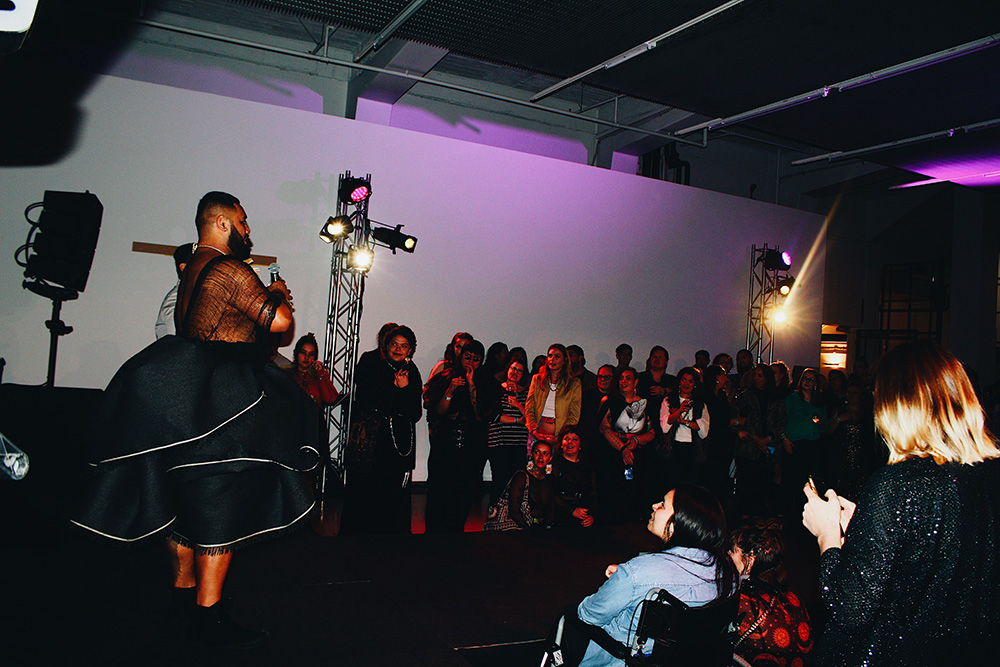 Finding out that there was a thriving scene in Aotearoa, my own backyard, I felt immediate relief.

It’s crazy to think that I am now a part of the scene and have something to contribute to such a beautiful community and art form; one that has and continues to influence mainstream media to this day. 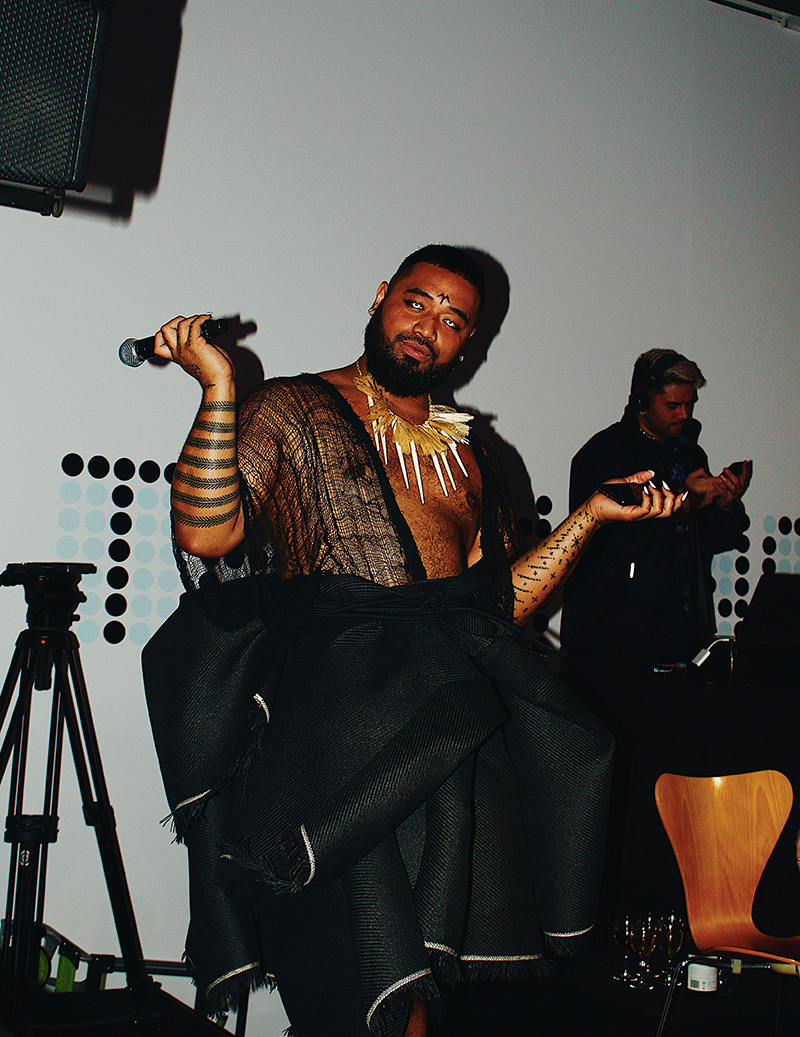 And now, a history of ballroom, as told by Aniyah Aitu:

Ballroom evolved into its earliest form in the 1960s from drag pageants. Femme queens (trans women) who were often overlooked or neglected in spaces where white cis gay men thrived wanted to move way from these spaces to cultivate their own scene. They competed to meet set themes and take home trophies and awards. 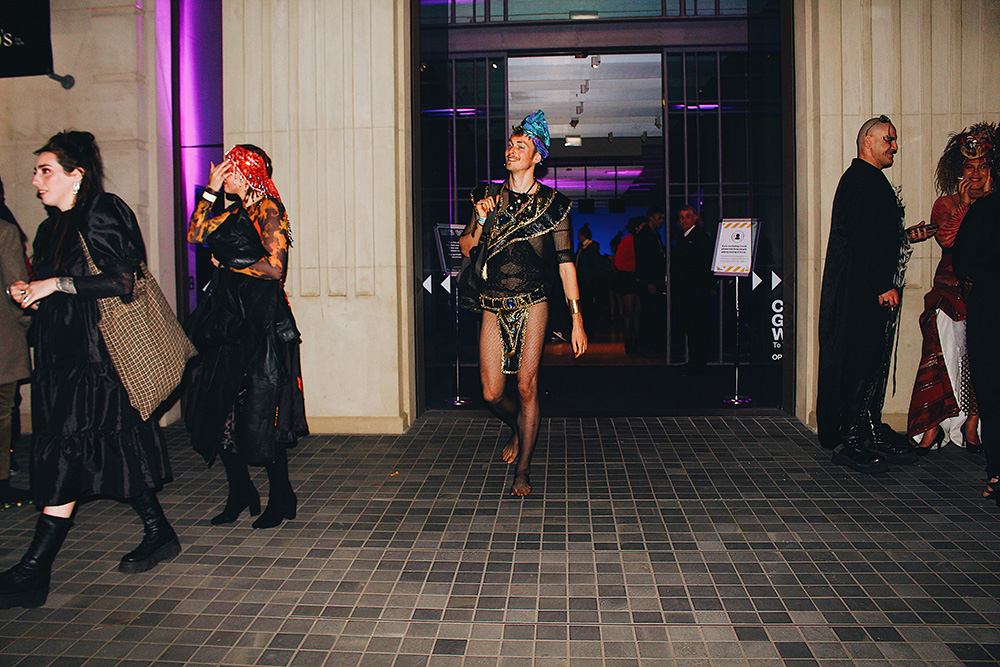 Eventually, femme queens opened up to organizing balls for the everyone else to walk as well. Vogue balls, as we know them today, were developed to give a sense of belonging and safety to society's most outcast freaks and weirdos within Harlem, New York in the late 1980s. In those days to be an LGBTQIA+ person of colour was more than enough to meet those titles [of being an outcast]. Most walkers in the United States back then and now are either Black or Latino. 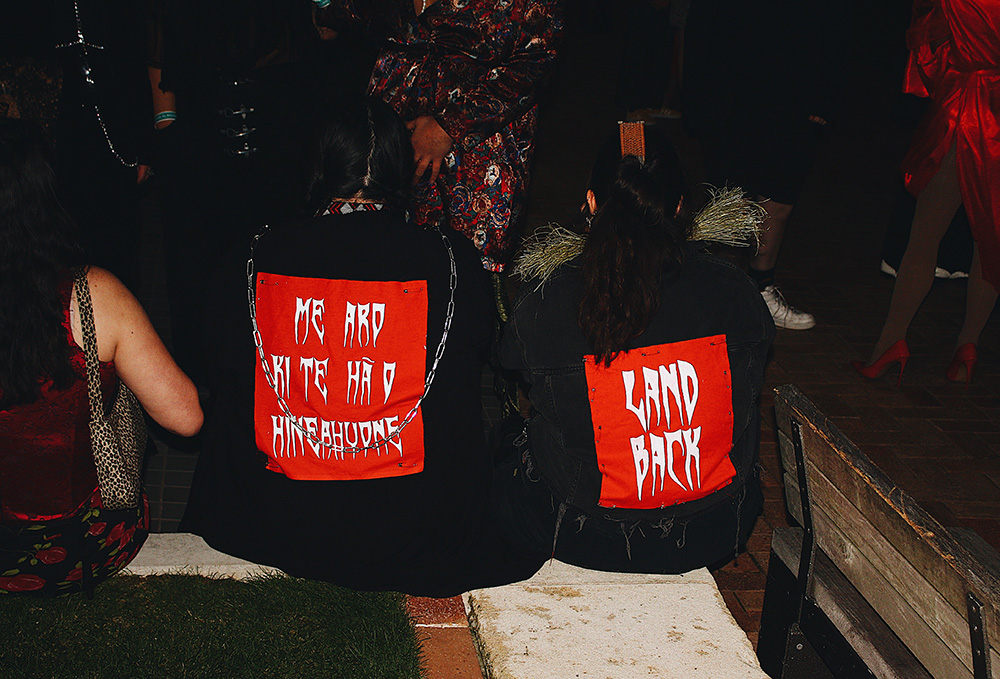 Many young queer kids kicked out of their homes in the 80s for being gay found solace in the comfort of a house "mother" and house "father" figure when recruited into a 'house'. Many houses exist; all named after a particular effect that is given or after a fashion brand. 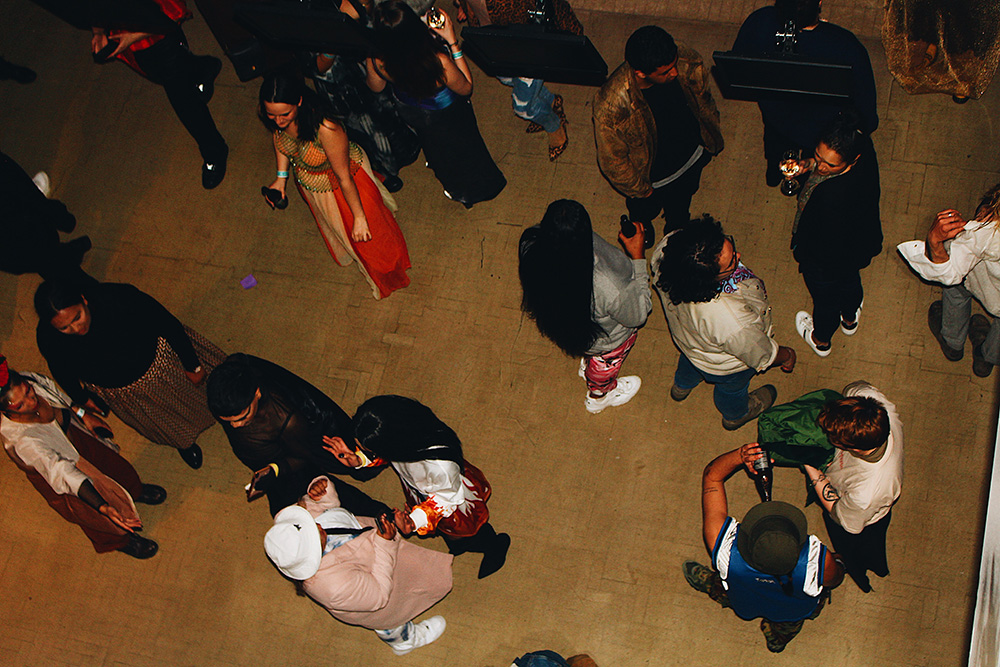 Houses are like a family, they are like a home. Every member is expected to walk or help out with winning trophies at a ball under the direction of their parents. Auckland is just starting to implement houses into our ballroom scene and slowly growing our appetite for a competitive space between them all.

Due to the fact that vogue houses emulate a family dynamic, the mother and father always come at the very top of the hierarchy in a vogue house. Though they are to be treated with the utmost respect and favour, as their titles suggest, they in turn always put their kids' needs first. 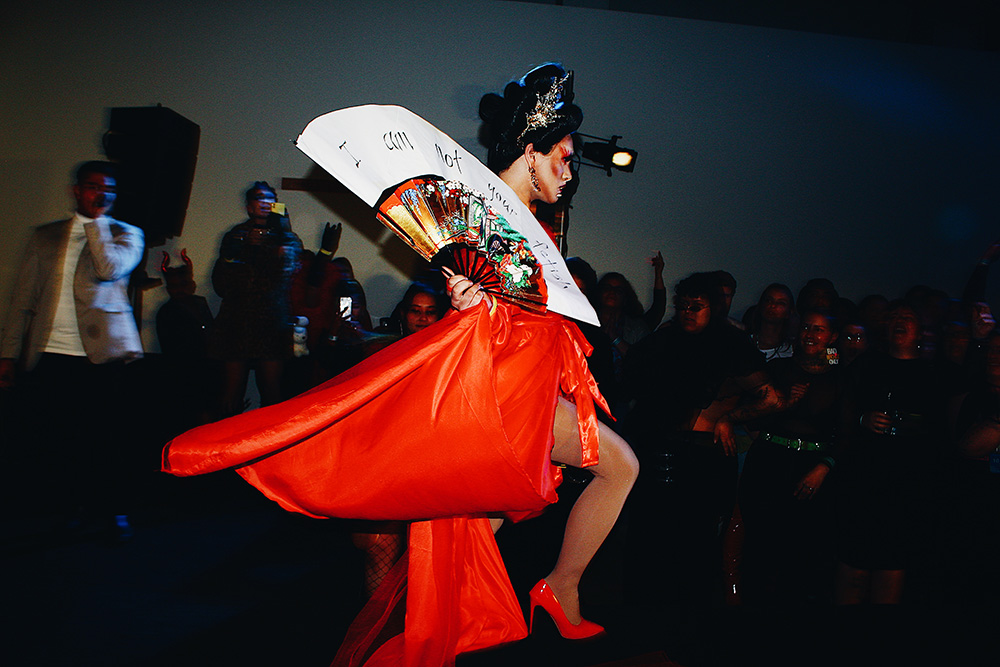 The children of the house will cascade in rank usually by the amount of time spent being a part of the house. Those around longer are generally more revered, just like older siblings. In general though, the children are all siblings of the same family and are generally treated as equals. They are looked after and look up to their mother and father. 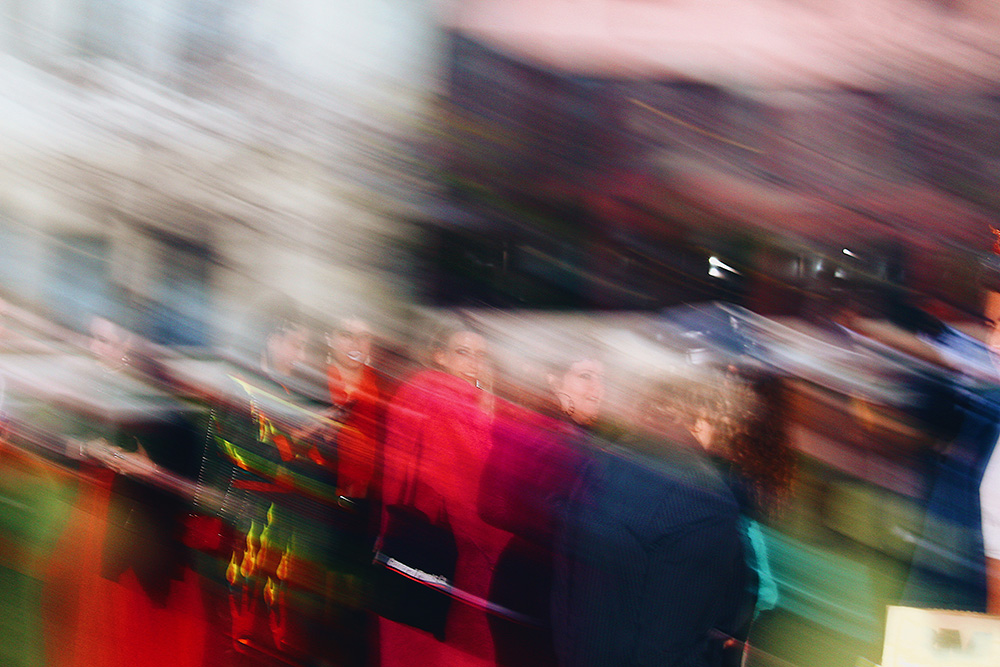 Many styles of vogue been invented and reinvented over the years, but today's most viral and popular form of voguing is called vogue femme. This is the style of voguing you mostly see on television and in music videos right now. 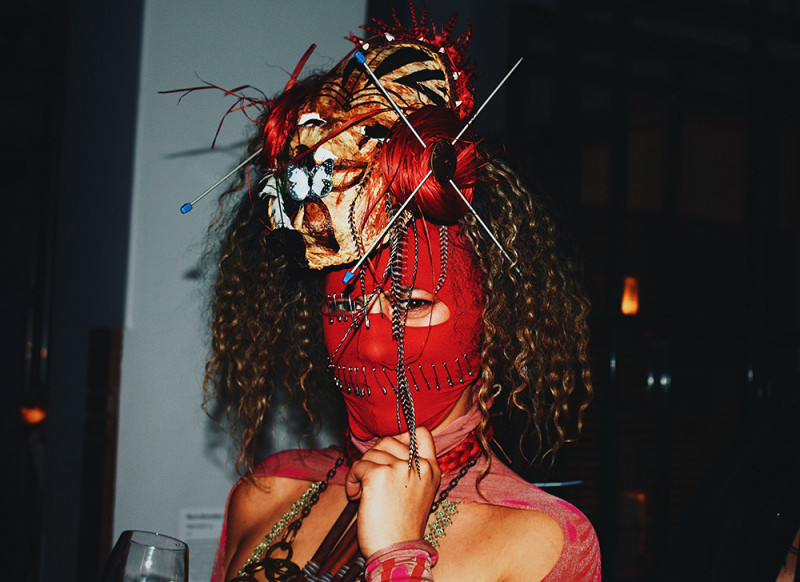 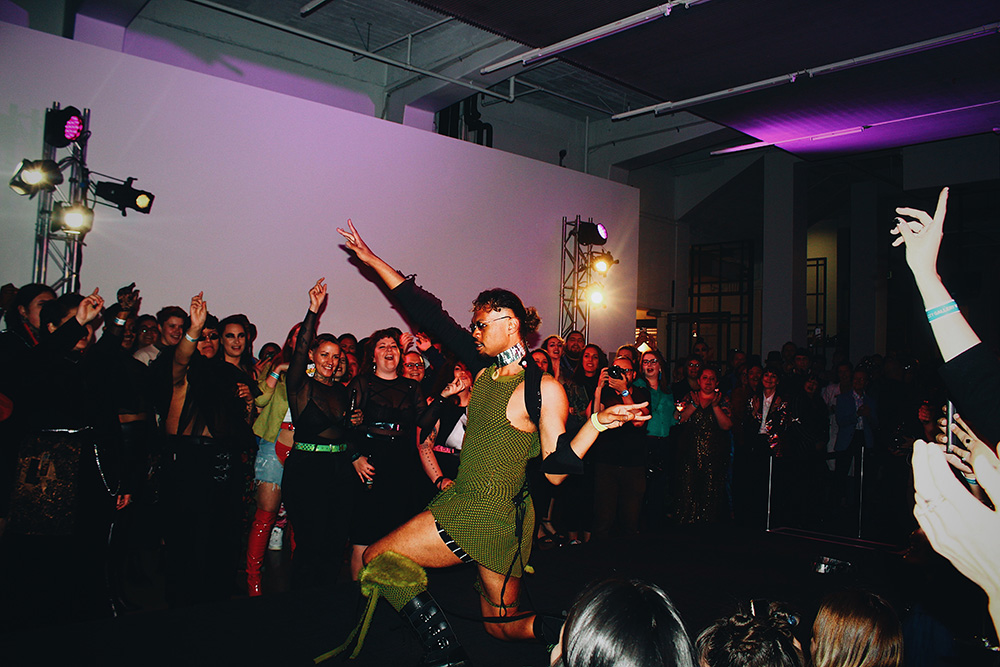 In New Zealand, FAF SWAG held and facilitated New Zealand's first ever vogue balls in Ōtara in 2013 through the suggestion of Mother Mistress Coven-Carangi. Though the first balls lacked serious education and authenticity to the real deal in America, time has been kind to the scene, and today we have a community that recognises that ballroom culture must be approached as both an homage to the original creators in the US and as a place to welcome and invite those keen to participate in a truly liberating experience. 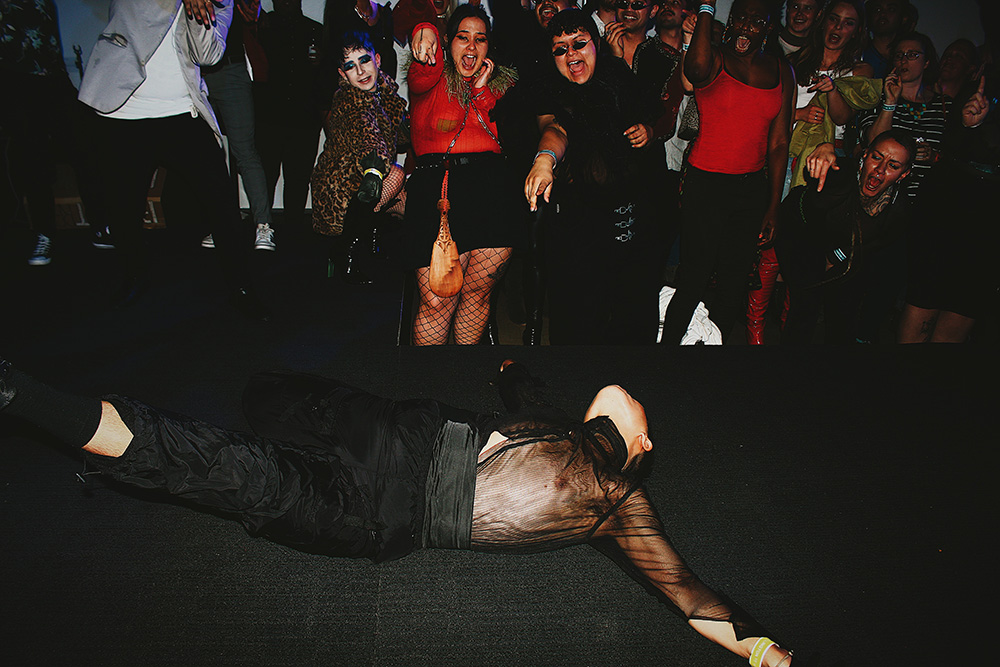 Today FAF SWAG holds many accolades, and one that is truly outstanding is the starting of New Zealand’s first underground ballroom scene in Auckland - bringing together a community of queer friends that want to let their freak flag fly. 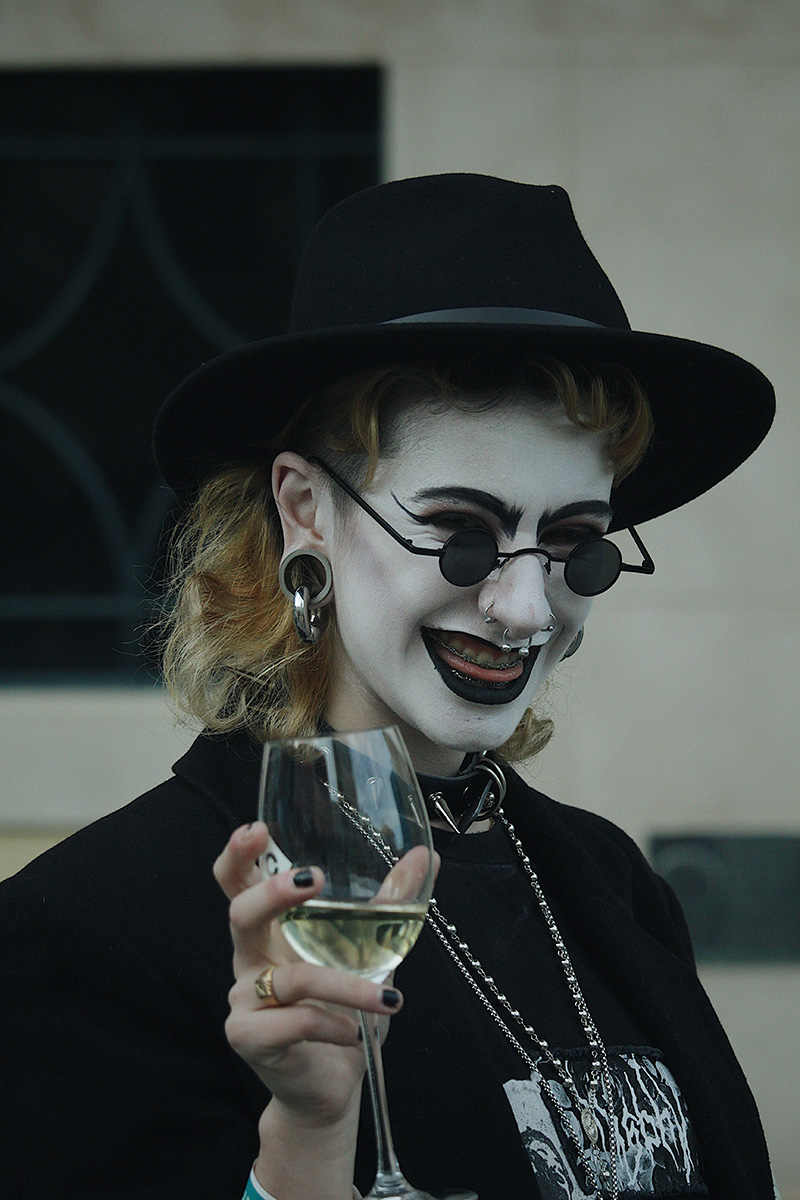 FAF SWAG is leading the way in encouraging our young queer people of colour to find who they are and to love the skin they're in. 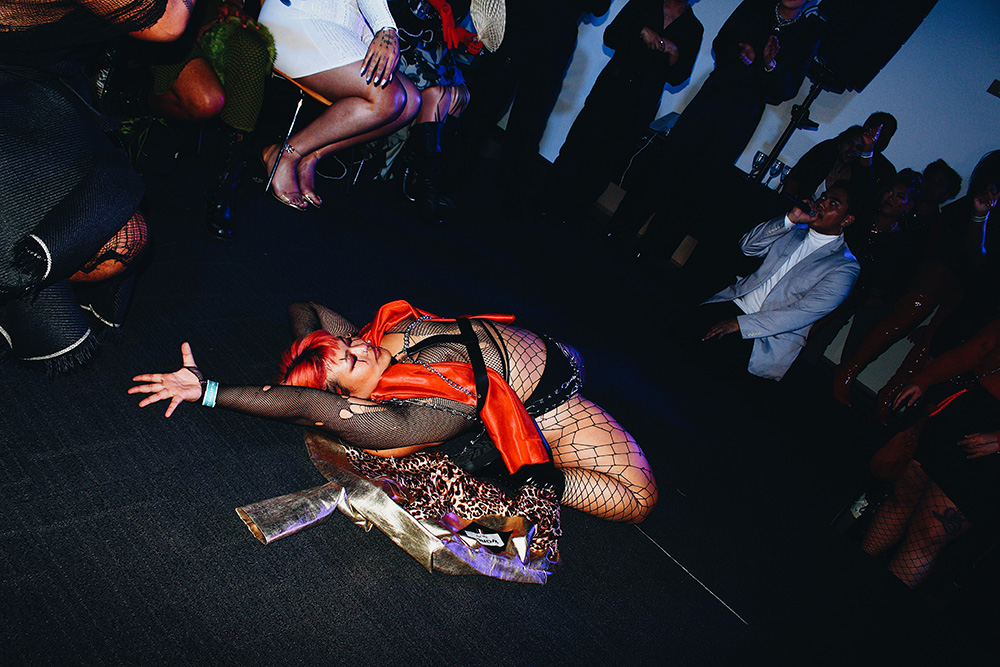 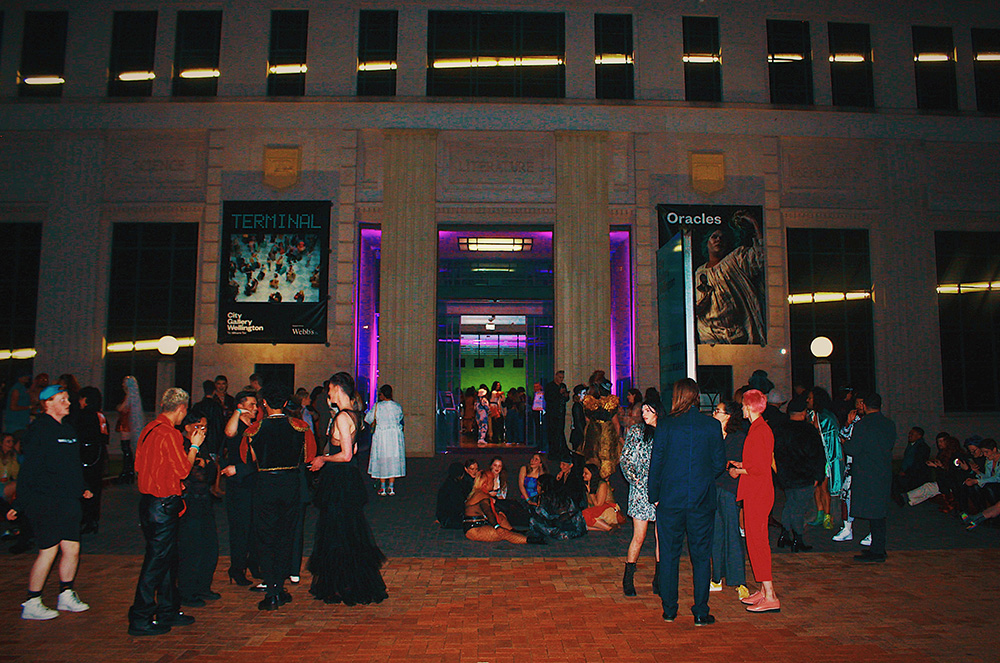 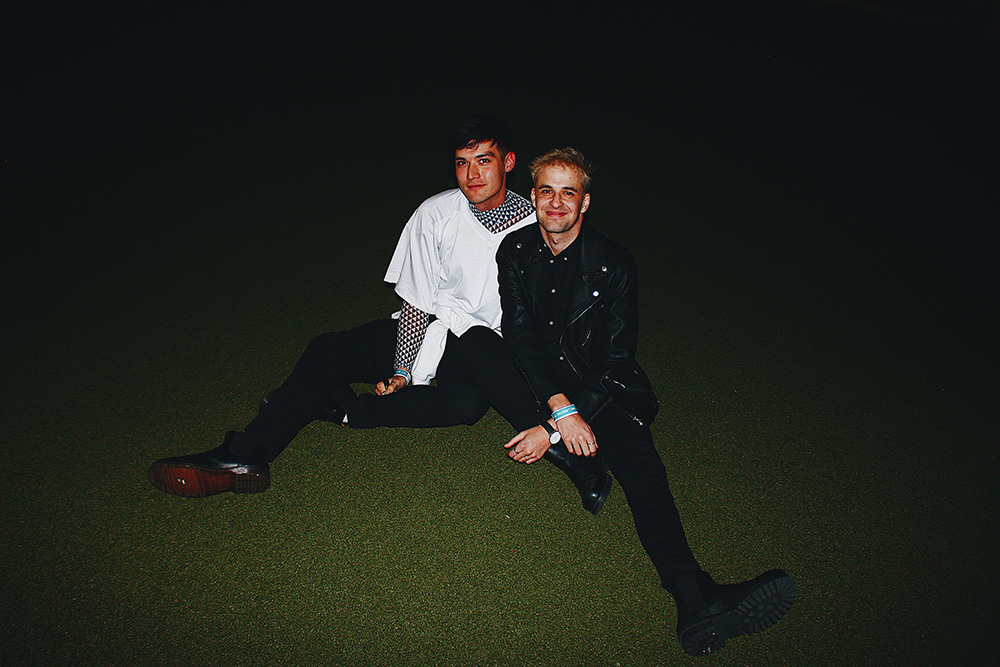 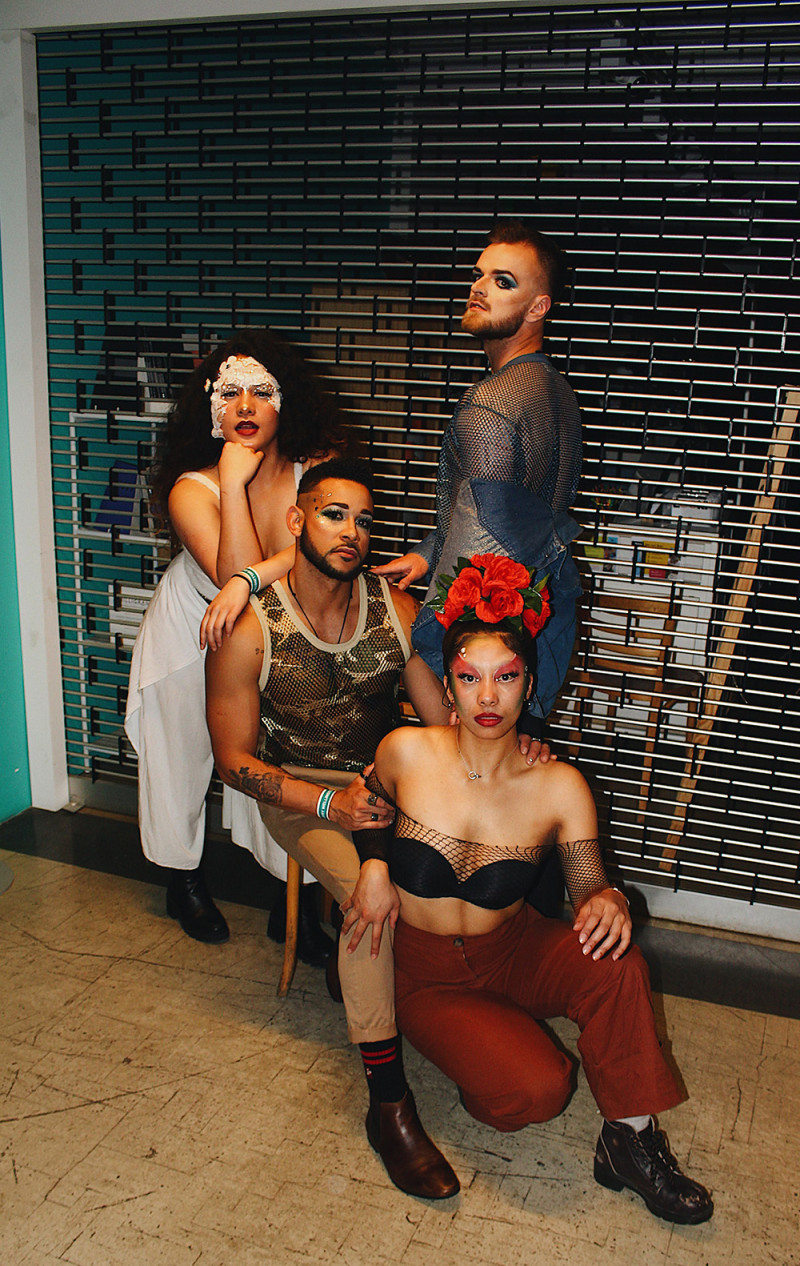 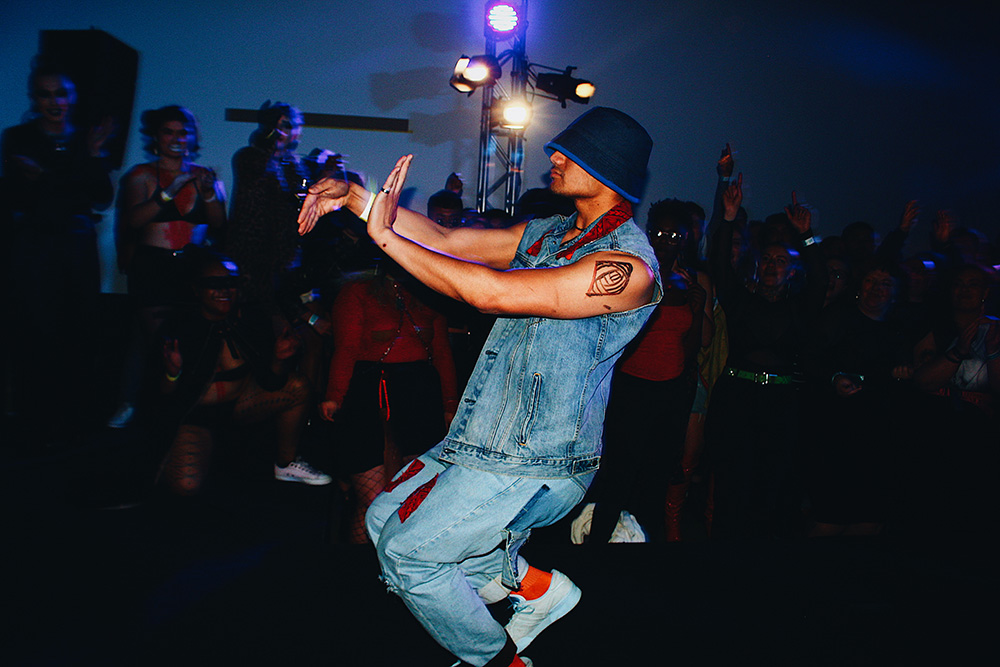 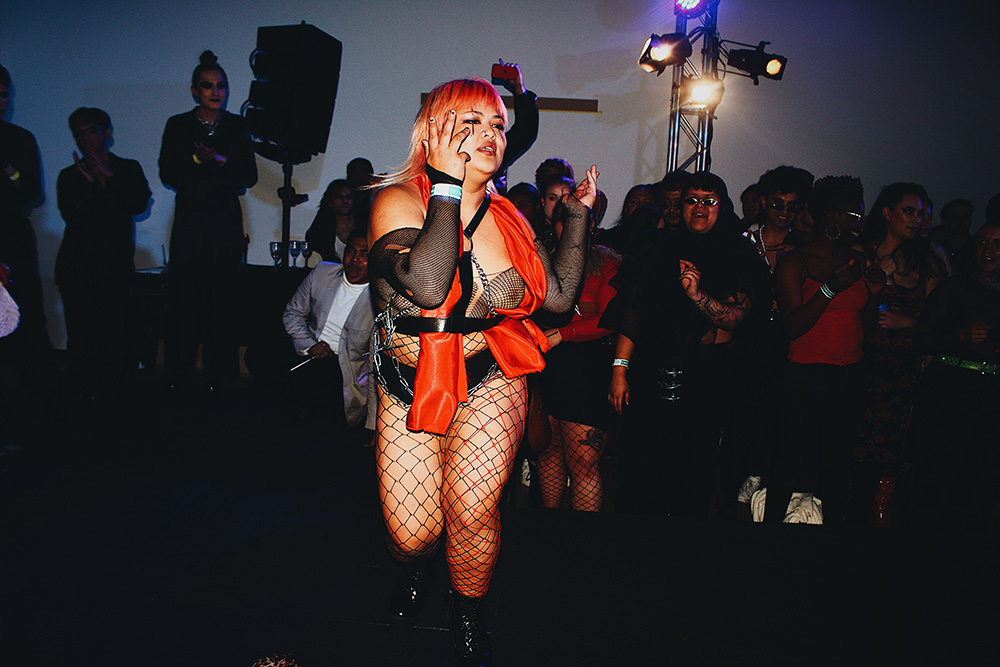 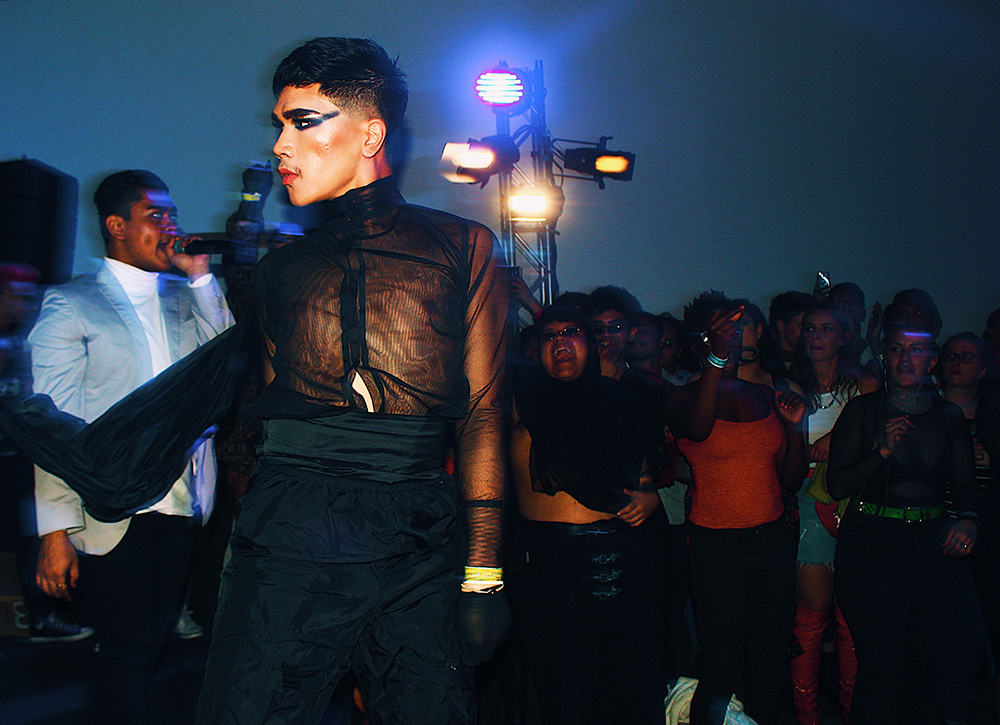 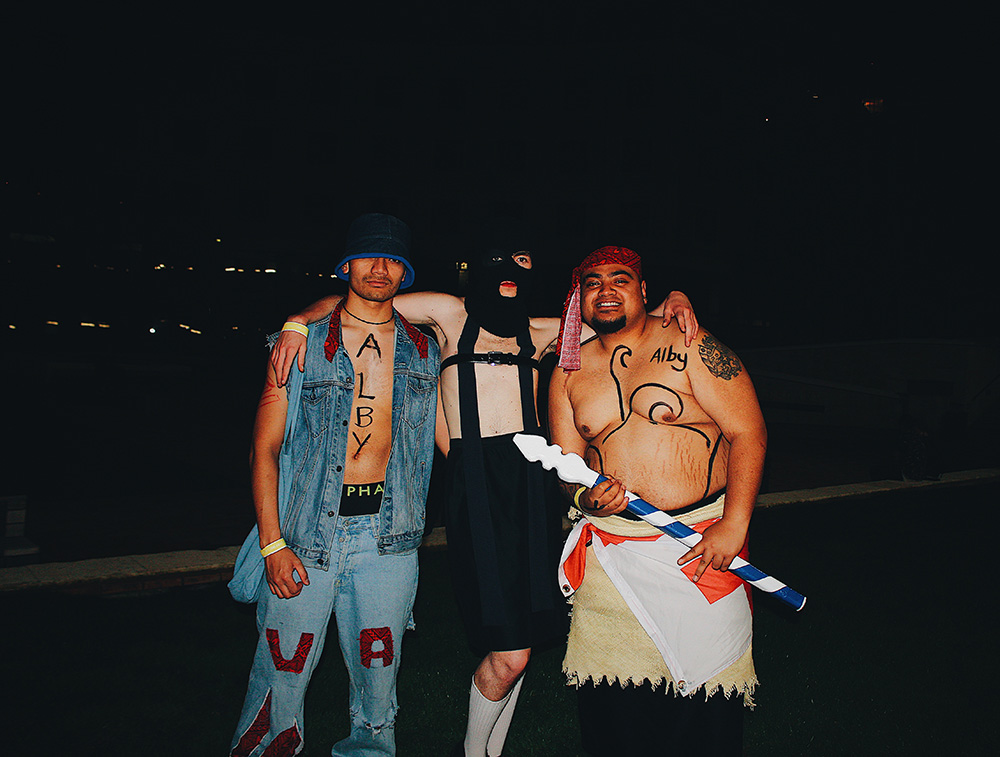 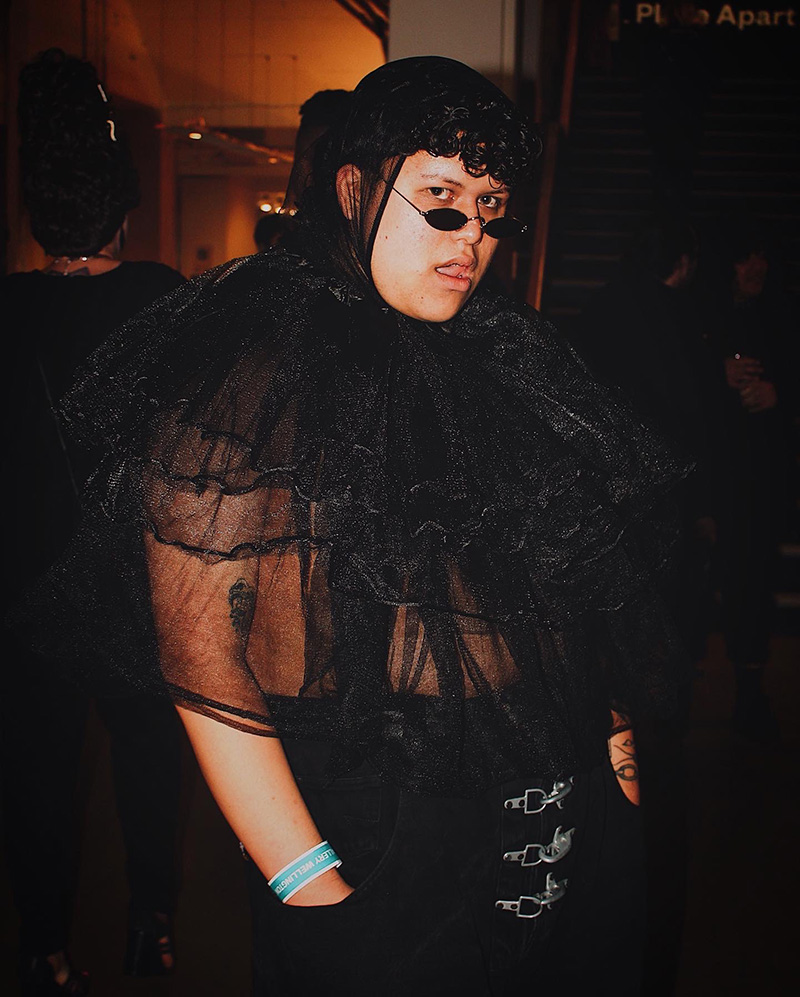