From Corn Flakes to Nutri-Grain and Coco Pops, New Zealand supermarkets are filled with Kellogg’s products.

But the food manufacturer has come under fire after it decided to replace 1400 striking workers in the United States last week.

This decision set off an online movement calling for a boycott of Kellogg's products and a flood of fake job applications.

We have Kellogg’s products in New Zealand, so what does this mean for our Corn Flakes?

The bulk of the Kellogg's products sold in New Zealand are produced in Australia, but some products here are also made in Thailand, Belgium and South Korea.

While none of these products are produced in the American factories, employees in Australia are facing the same workers’ rights issues those in the United States are striking against. And they’re ready to do the same.

“We stand ready to fight the company if they try to bring what they are doing in the United States here to Australia,” Gatfield says.

The main workers’ rights issue both groups are facing is a two-tiered contract system where long-term employees receive higher pay and benefits compared to newer employees. 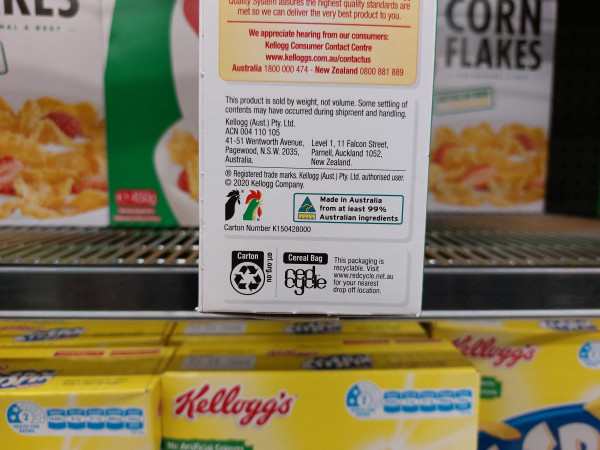 The bulk of the Kellogg's products sold in New Zealand are produced in Australia, but some products here are also made in Thailand, Belgium and South Korea.

Kellog’s refers to those on long-term contracts as “legacy” employees and newer employees are considered “transitional”.

In Australia, transitional employees receive $10 NZD less an hour for doing the exact same job. In the United States, they make $17 NZD less.

Gatfield says people in the union oppose this system because it “divides the workforce on arbitrary lines and is contrary to our union's belief that the same work deserves the same pay”.

The American strike revolves around Kellogg's attempts to have their factories staffed by more transitional employees.

A previous agreement stated that factories could have no more than 30 percent transitional employees.

During negotiations for the new contract earlier this year, Kellogg’s fought to get rid of this limit.

This would allow them to staff factories with cheaper, less experienced workers.

In Australia, about 50 percent of employees are legacy workers and 50 percent are transitional workers.

Gatfield says it is only through hard-won battles the union and their members have managed to keep it that way.

“During the last bargaining period, when workers were ready to strike, Kellogg’s threatened to lock workers out … but members stood strong and ended up winning,” Gatfield says.

Inspired by their American colleagues, the Australian workers are fighting to eliminate the two-tiered system in Australia altogether, Gatfield says, and they are planning “to take action in the future in support of these claims”.

Re: reached out to Kellogg’s ANZ for details on the contracts, pay and working conditions of their Australian employees in relation to the striking workers in the United States.

In an email, Kellogg’s ANZ director of corporate affairs Renée McCarthy wrote: “This matter does not impact our operations in New Zealand.”

Anita Rosentreter, strategic project coordinator of national trade union, First Union, says tiered contracting is not uncommon in Aotearoa and has been a growing trend in the past 30 years.

Tiered contracts are one of a range of tactics which businesses use to “divide and conquer” their employees, she says.

This makes it less likely employees will all come together to make collective contract bargains or have the consensus necessary to start or sustain a strike.

In New Zealand, an example of two-tiered staffing is when businesses hire employees and labour contractors, Rosentreter says.

Contract labourers work for companies on fixed-term agreements rather than as an employee of the company. Contractors can do the same work as employees without the job security, hour and wage obligations employees are legally entitled to.

“Without job security, [contractors] are petrified at losing their job and so will work for minimum wage and without benefits.”

“When we go on strike we take out the employees in the union [but] the organisation still has these labour workers to break the strike,” Rosentreter says.

That has been the case with the Kellog’s strike in the United States.

The 1.4 million members of subreddit, r/antiwork, have been campaigning against Kellogg’s, flooding its job portal with fake applications and calling on people to boycott their products. 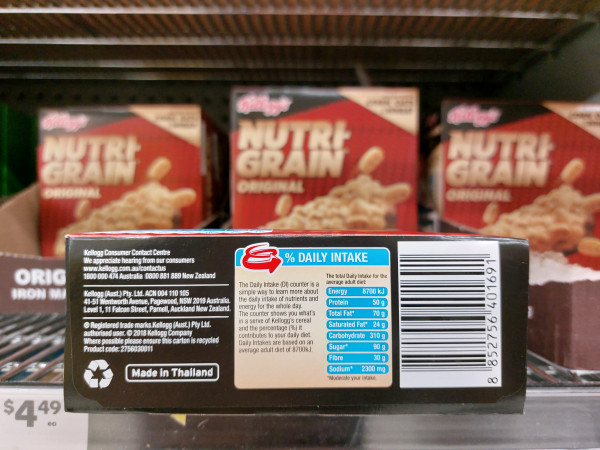 Kellogg'shas come under fire after it decided to replace 1400 striking workers in the United States last week.

Rosentreter says there are different views on if product boycotts help striking workers, with some believing it puts extra pressure on the company, while others believe it could lead to a drop in demand —  making workers redundant.

Rosentreter personally appreciates how this type of action shows solidarity between the community and striking workers.

“Even though [the striking workers] are in a different country, it sends a message to the company and they will be taking note of where these activities are taking place and the impact they are having. That is good.”

Another way to support these striking workers, Rosentreter says, would be to send letters and emails to Kellogg’s headquarters in Australia and the United States sharing your support for the workers.

“The way we can honour workers who are striving for better conditions is by working ourselves towards doing the same.

“Workers should be educating themselves about their rights, and joining a union for access to the right to strike for better conditions,” Rosentreter says.

“We can’t accept this division. You are all workers. We all have the same interests at the core and we have to stick together in order to get what we want.”

Aucklanders bought more sex toys than any other region this year

Under Cover: Lawrence Arabia and The Phoenix Foundation

I can finally go home, Auckland borders lift after 120 days