The family of Ahamed Aathil Mohamed Samsudeen, the terrorist behind Friday's attack at an Auckland Countdown, have issued a statement condemning what happened. In the attack, seven people were injured. Three are in a critical condition.

The statement comes after a suppression order lapsed late Saturday, allowing Samsudeen and his immigration status to be made public.

It is written by Samsudeen’s brother Aroos.

"We wish to begin by saying that our family would like to send our love and support to those who were hurt in the horrible act yesterday [Friday].

We are so shaken by what has happened and we do not know what to do. We hope these words will help bring some peace to your beautiful country. We are ready to help you all in the healing process no matter what it is needed from us.

We hope to find out with you all, what happened in Aathil's case and what we all could have done to prevent this. We are heartbroken by this terrible event. My father still doesn't know my brother is dead because he has been missing him so much and is very ill these days.

Unfortunately, Aathil was suffering from some mental health problems in his life. He suffered a lot during his political torture at home. We were grateful he found the country where he wanted to live.

We saw his mental health got worse and worse during the last 10 years or so. He spent a lot of his time in prison and was always struggling with some court cases. When we heard that he was in prison in New Zealand, we thought it would do him some good but didn't realise he would spend so much time there. He also had many problems in prison. He always wanted help and support. He told us that all the time.

Aathil did spend a lot of time online and that was a problem we saw. He wanted to impress his friends from Sri Lanka on Facebook. He wanted to share the sufferings and injustices. He saw himself as someone fighting those injustices.

Some of us visited your beautiful country New Zealand in 2013. We love your country and your people and we know from what we have seen since the Christchurch attack that you are good people. We want to stand with you. We have lost Aathil. We don't know what to do while our father is still very ill and doesn't know about this situation. Aathil was the youngest and very close to my father. He grew up with my parents in the family home while the rest of us grew up mainly in hostels. Aathil was the baby of the family. My mother is so upset.

Aathil always contradicted what he was told. He would hang up the phone on us when we told him to forget about all of the issues he was obsessed with. Then he would call us back again himself when he realised he was wrong. Aathil was wrong again yesterday. Of course we feel very sad that he could not be saved. The prisons and the situation was hard on him and he did not have any support. He told us he was assaulted there

We ask for privacy as we grieve and process what has happened.

May God Bless all those impacted."

In total, seven people were injured in Friday’s attack. Five were taken to hospital, three with critical injuries. Samsudeen was shot dead by police at the supermarket. 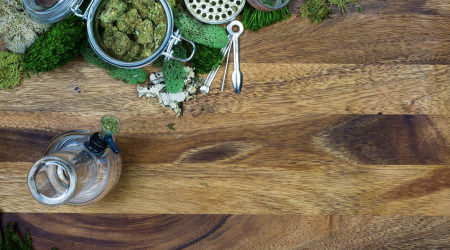