Prime Minister Jacinda Ardern confirmed the total number of people injured in yesterday’s attack at a West Auckland supermarket this afternoon. Five are in hospital, and three are in a critical condition.

The others are recovering at home.

Ardern and Police Commissioner Andrew Coster held a press conference to release more information about the attack, which took place at the Countdown supermarket inside Lynn Mall shopping centre.

The attacker, who was being monitored, was shot dead by police at the supermarket. He was 32 and his name is suppressed.

Coster detailed how the man had been under long-term surveillance, and outlined his movements leading up to yesterday’s attack

He took the train to the supermarket and arrived at 2.27pm. There was nothing unusual about the routine, and some of this actions yesterday suggested that he was planning for the future," Coster said.

The surveillance team who was following him then observed him take a trolley and start shopping. Because of the man's paranoia about being followed, they maintained a certain distance from him, Coster said.

Further, because of level 4 physical distancing rules in public, the surveillance team needed to be extra vigilant about remaining inconspicuous to the attacker.

"Over a period of time, the subject has demonstrated a high level of paranoia about surveillance activity," Coster said.

He then shopped normally for about 10 minutes before the attack began.

While CCTV footage is still being reviewed, it is believed the man was shot 60 seconds after officers became aware of the attack. The first victim was hurt approximately 60 to 90 seconds before this point, Coster said.

“To be clear, I remain of the view that our police staff acted exactly the way we would have expected them to in this situation and with great bravery and professionalism."

The man arrived in New Zealand on a student visa in 2011. He was arrested twice prior to Friday's attack.

"We have had no legal grounds to detain this subject," Coster said.

Coster also said yesterday's attack was "highly unusual" and an "outlier" and, the terrorism threat in New Zealand remains at "medium".

Police would continue to monitor any unlawful behaviour motivated by hate.

I have a 50% chance of inheriting a fatal disease. Should I take the test to find out my future? 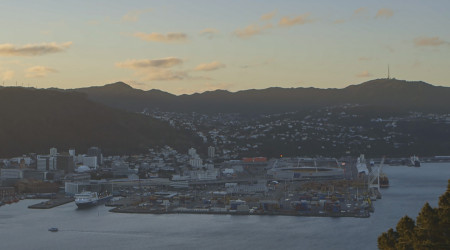