Scroll to the bottom of the article for the podcast. 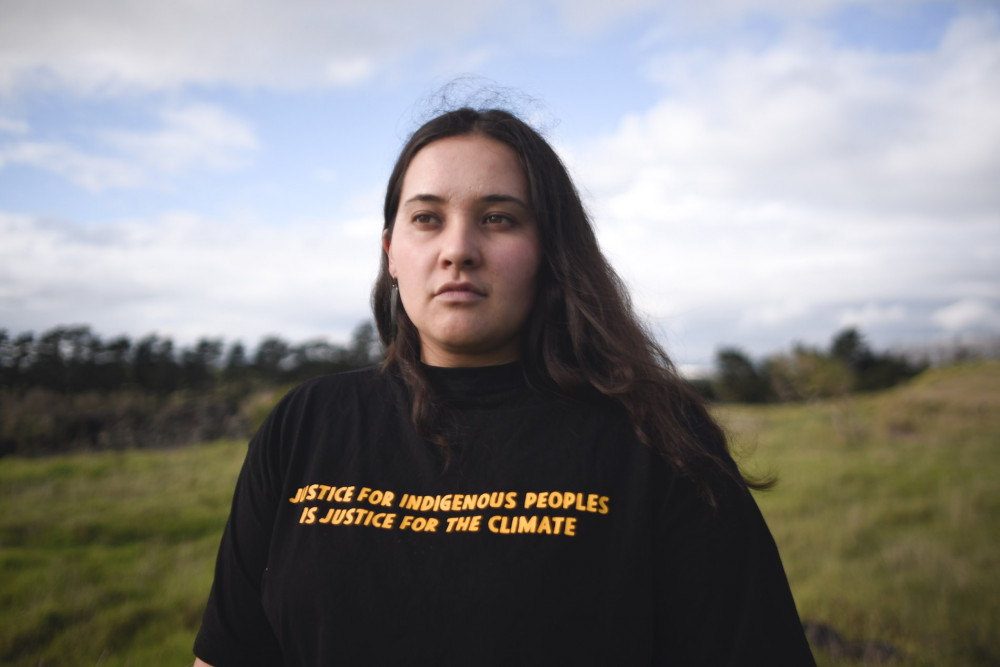 Our country is working through an emergency the scale of which hasn’t been experienced since World War II. Like many of you, I have a little more thinking time than usual and my mind keeps circling back to a particular moment. The tohu was there from the first day of the Pākehā calendar.

Many of you will recall those first few weeks of January in which Aotearoa was blanketed in smoke from the catastrophic Australian bushfires. I won’t easily forget the muted orange disk that floated in the sky during that time; huge and disconcerting in its fullness. To be able to look the sun in the eye without wincing feels disrespectful, a kind of rebellion not seen since the days of Māui the trickster. When I say that was a tohu what I mean is that I felt a sense of warning and foreboding. The message was clear.

Take care now koutou mā, there are challenges ahead. 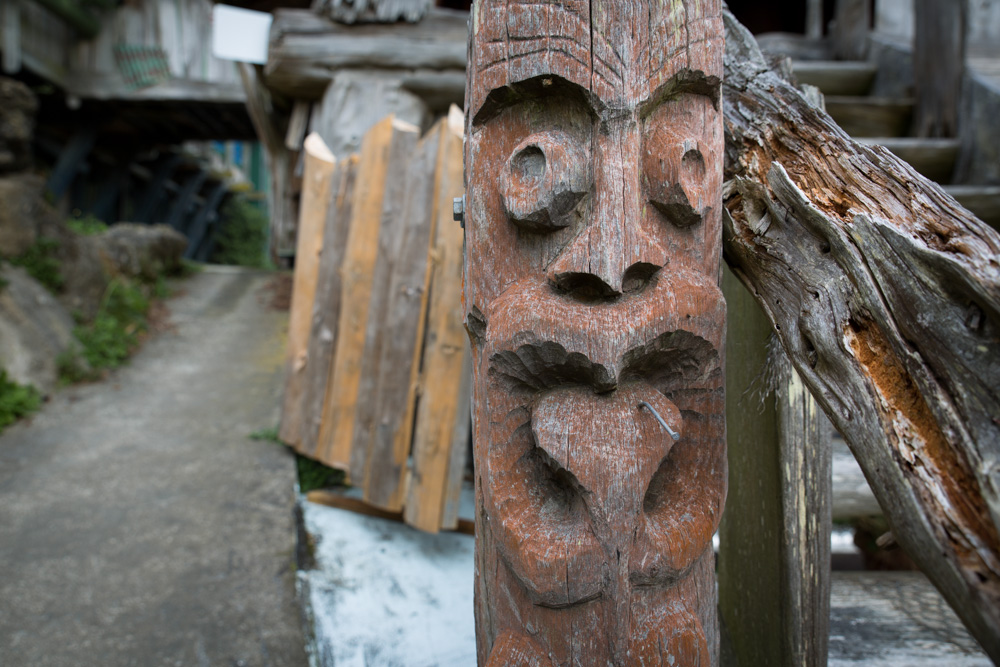 A carving at the entrance to Tapu Te Ranga marae. Photo: Dianna Thomson

Say what you will about that, there is no doubt now that we are all in a situation we could never have imagined. As a country we are adapting in a way that might have been thought impossible only a month ago. And it is te iwi Māori who are adapting most of all.

First it was a move away from cheek kissing, harirū and hongi. The awkward pull-back of hands that were reached out to embrace our loved ones. Then it was the closing of the hottest events in the calendar. Kapa Haka Regionals, Ngā Manu Kōrero, Pasifika Fest, Te Hui Ahurei, gatherings across the country. Most heartbreaking of all has been the discussion around death. Many of us are already forbidden from attending the tangihanga of our loved ones, unable to say goodbye and share in this public and fundamental grief process that we crave as Māori. 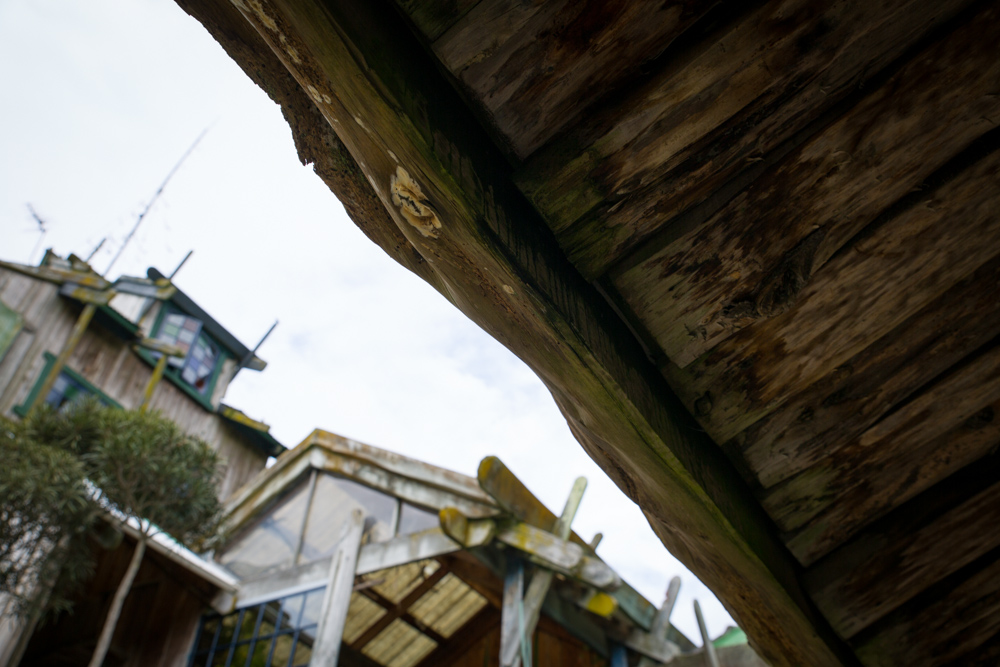 What drives adaptation is that collective memory of how pandemics affect indigenous communities. We remember that in a time before us so many of our people were lost to the 1918 influenza epidemic. Across the world are stories of communities like ours decimated without adequate support or response from colonial authorities. Sāmoa right now is still recovering from the harrowing effects of measles on their aiga in the past six months. I have heard of rural indigenous communities in Australia who are asking for resources to ensure resilience in the wake of Covid-19 and who have instead been sent body bags.

We adapt because we must to ensure that te ao Māori thrives for generations to come. We change, and our tikanga changes too. Mana Motuhake drives our rural communities such as those in Te Tai Rāwhiti, Te Tai Tokerau, Te Urewera to put up checkpoints to their communities which do not have ready access to doctors and hospitals. These checkpoints have been credited by the government for data that says uptake of Covid-19 in these regions has been slow. Bearing in mind, these checkpoints are still considered “illegal” and unwelcome. 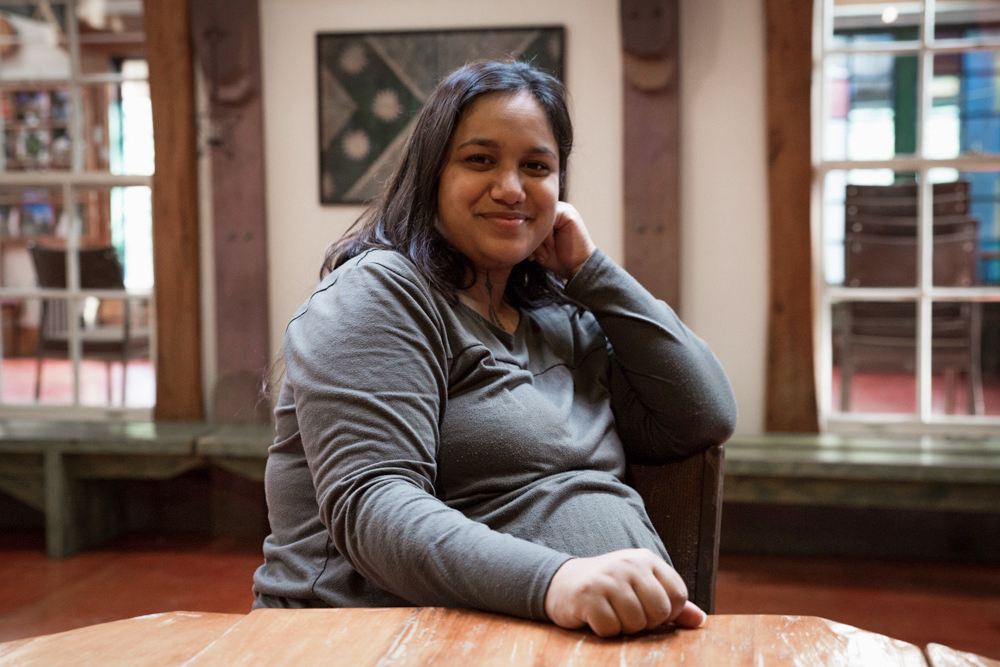 They are unwelcome in the same way that a ratty gang of newly-urbanised Māori were in the 70s when they built Tapu Te Ranga Marae. Under the guidance of Matua Bruce Stewart, and the protective wing of then-mayor of Wellington Sir Michael Fowler, Tapu Te Ranga Marae opened up as the final option for survival for a group of Māori displaced by colonisation. A marae just as unique in 2019 as it was in 1974.

Tapu Te Ranga was built for people who had nowhere else to go, people who needed ground to stand on in a foreign city. It is another example of how we adapt for survival. For myself it was the first place in Wellington I was able to consider a home, beyond my damp and temporary flat. 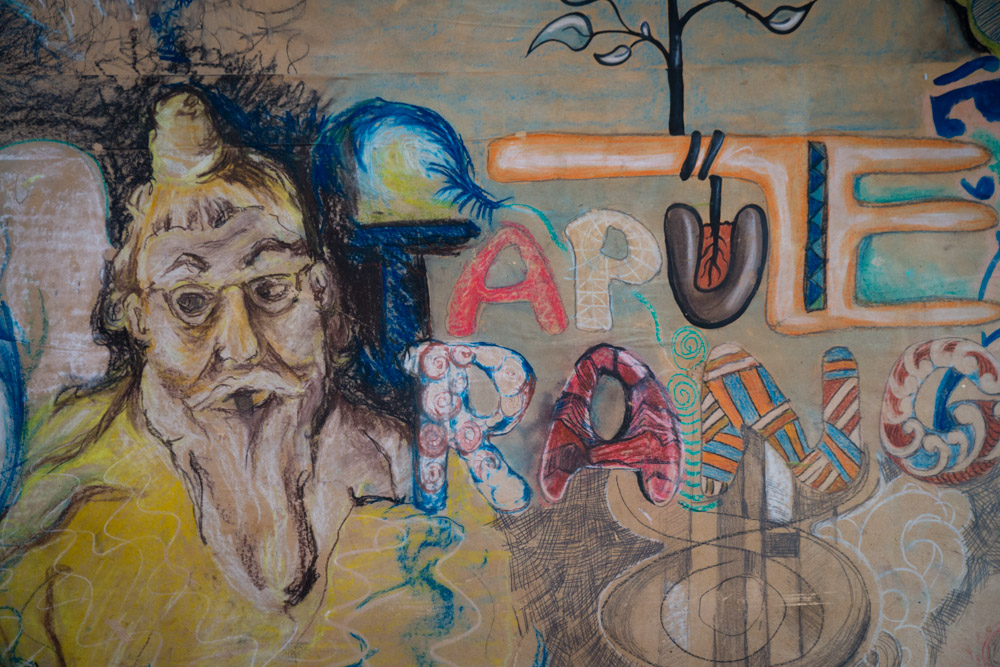 A drawing of Tapu Te Ranga's kaumatua Bruce Stewart on a wall at the urban marae. Photo: Dianna Thomson

If this is your first introduction to He Kākano Ahau, nau mai, haere mai. This podcast was the result of many months of work to tell stories I was already so passionate about. It begins here at Tapu Te Ranga Marae because this place is where I first began to understand for myself what it means to be urban Māori and proud.

About two-thirds of the way through this episode, my friend Pare Sannyasi and I talk about shifting tikanga. No surprises that building a (formerly illegal) urban marae in a pocket of Wellington city comes with many challenges when it comes to determining tikanga. Pare’s logic is clear though. Tikanga must be adapted for the needs of the community from which it springs. They do inevitably vary from marae to marae as hapū and iwi self-determine their own needs and work to meet them. Tikanga is that which protects us, ā-tinana, ā-wairua. 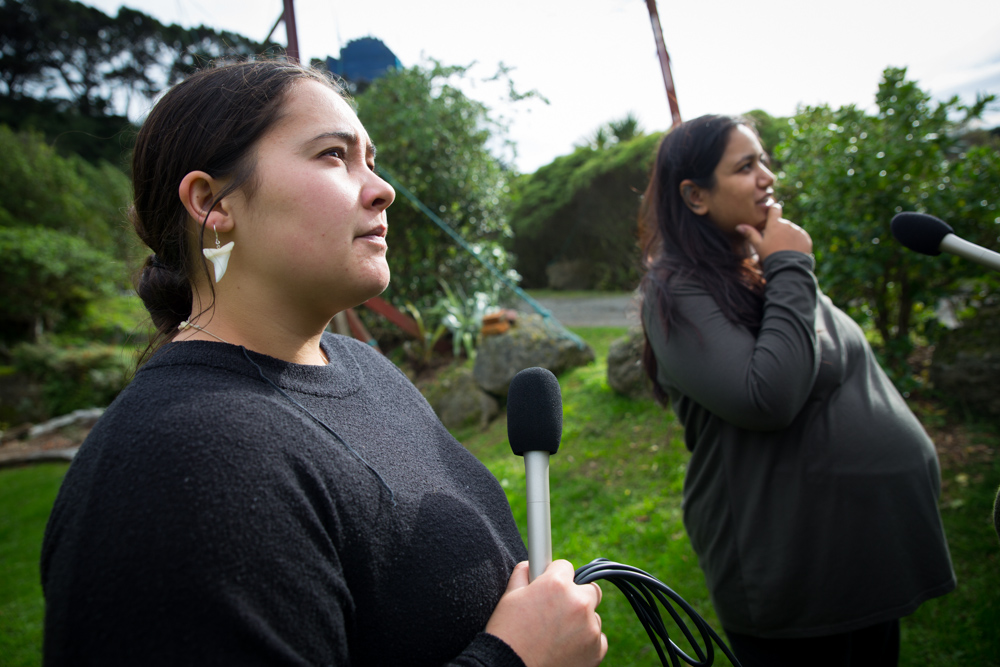 That muted orange disk in the sky to me now is a tohu that we must radically reimagine the way we look and act within our Māori communities and as a nation. Stretching out in front of us in the whole history of who we are and knowledge passed down from our ancestors. Behind us in the unknown, the future. As Māori we are defined by innovation. It was innovation that brought us here to Aotearoa. It was innovation that created Tapu Te Ranga Marae, and it is innovation today that must get our people through these dark times.

This is a time to rest, but also a time to become more radical than ever before. There is so much more work to be done to address the massive inequities we face in this country. But if anything, this moment has shown us that radical change is possible if the desire is great enough. I have no doubt, we have all the tools that we need. We shall never be lost, we are seeds sown in Rangiātea.

Check out Māori and the City, a new monthly column by Tayi Tibble. We’ve launched with one column written before the lockdown, and one after.

And here’s a video where Tayi and Kahu talk being urban Māori and the influence of Nicole Scherzinger.

You can support the rebuild of Tapu Te Ranga by contacting their Facebook page. 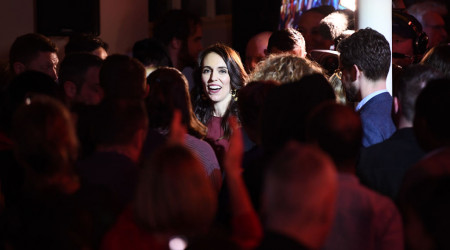