Today we launch the first installment of Māori and the City, a monthly column by Tayi Tibble. Originally, the first piece of writing was gonna be about the struggle of finding a flat in Wellington. But then Covid-19 hit and it no longer made sense. So instead we launch with this.

And because it was really good, we’ve also published the original column, written in the distant past, here.

What feels like many years ago—but was actually only a couple of weeks—I met Anna, in a cafe on The Terrace. It happened to be on one of the only two days of sun in Wellington this past summer, so I walked from my townhouse in Aro, airpods in, enjoying the city looking pretty in the best selfie light we’d had for ages.

I arrived at the cafe first, and watched suited men and women drift in and out with their Keep Cups, completely unaware that in two months time splitting a feta and watercress scone would be outlawed, and thumbing a communal newspaper would basically equate to a death wish.

But on that day the sun shone upon New Zealand. Anna arrived, our first time meeting irl, and we greeted each other with a kiss on the cheek which—as a good Māori girl and a bad bitch raised by the gays—is my default method of greeting someone.

We chatted and eventually came to the idea of a monthly column which—having never watched a single episode of Sex and The City—I pitched as ‘Sex and The City, but Māori.’ Anna, who I suspect might share a nostalgia for the magical trash tabloid journalism that was magazines of the early 2000s, was immediately enthusiastic. She’d have to run it past the boss ofc, but if it were up to her… “Let’s shake on it,” she said, and we shook on it. Possibly the last handshake I’ll ever have.

The idea was that I would relay the bougie, hilarious mishappenings of my life, as a Māori living in The City, to a captive audience of readers. Why I think the details of my life are of interest to anyone is questionable, if not concerning. Possibly, it’s related to some sort of childhood lack of attention. Possibly it’s related to the fact that most of my friends could place on the narcissism scale and anytime we do anything one of them will exclaim, Tayi, you have to write about this! Maybe it has more to do with my love of storytelling, an old flame I’ve had since I was kickin it on the monkey bars. I’m sure it also has to do with an awareness I’ve had since I was a kid too, an awareness that Māori were both misrepresented and underrepresented in the media. As I grew up I recognised the need for Māori to take up space, to tell our own stories with all the width, nuance and diversity that we experience as Māori in the modern world. Besides, plenty of middle-aged white people with terrible children, pseudonym-ed lovers and unbelievable sexual histories have columns all around the world—so why not me?

I wrote it and filed it and felt pretty chuffed with myself. I walked around my city airheaded (I’m a Libra) making notes of what I could write about next; like an exhaustive resource of all my favourite selfie mirrors in Wellington.

Then the coronavirus, Covid-19 arrived in New Zealand, and while there were important things to worry about, like food and death and global economic crisis, I also found room to worry about my column. I had a gut feeling—which was surprising considering how braindead I am from constantly trying to be absorbed into the Instagram algorithm—that my column with its everyday complaints and superficial list of lifestyle essentials didn’t seem so essential. It was in bad taste.

Part of me wondered about canning the column altogether. 1) for decorum and 2) because what was there to write about now I was confined to my house? I mean it’s one thing to ask readers to care about me running havoc with the other Māori around my city, but it's another thing entirely to ask them to care about me going cray in my house by myself.

I brooded on this, especially when Anna arranged for myself and Kahu Kutia another ‘Urban Maori’ and Re: contributor, to film a little video on what it means to be Urban Māori/Māori in the city.

We met at a pre-lockdown Civic Square. I arrived first and as I waited for Kahu and Anna, I watched boys playing football along the artificial grass, with the most delicate hint of anxiety in my chest should they kick the ball within six feet of me.

Kahu came and we sat as far apart as we could on the same bench. Anna arrived. No kiss on the cheek this time. We filmed, and as Kahu and I talked about our experiences living in the city as Māori, I couldn’t help but feel a funny nostalgia, blooming outwards from my sternum. It felt, almost, as if we were talking to something in the past, something that no longer exists.

Of course there is the possibility that I’m being melodramatic. I’m a poet after all. But maybe I’m not. And while some people out there might just be hanging out for these 4 weeks of lockdown to be over, other people out there might be preparing for likelihood that the life we will return to won’t be the same as the one we left.

And as for this column, I can’t tell you what Māori and The City means now, or what it might look like, just as we can’t know what society might look like going forward. But if you want to figure it out together as we go, then I’ll be here, one column a month.

Here’s the original Māori and the City column we were going to launch with, before handshakes and seeing our friends became illegal.

Check out the first episode of Kahu Kutia’s podcast He Kākano Ahau.

And we put together this video where Tayi and Kahu talk being urban Māori and the influence of Nicole Scherzinger. 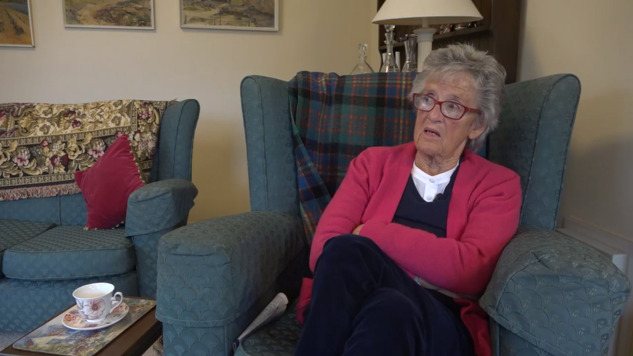