By Kahu Kutia , Tayi Tibble and the Re: team

Today we launch a series on urban Māori identity. It features He Kākano Ahau, a podcast by Kahu Kutia (Ngāi Tūhoe), and Māori and the City, a new monthly column by Tayi Tibble (Ngāti Porou, Te Whānau-ā-Apanui).

In this video, Tayi and Kahu explore what it means to be indigenous living in the city. Kahu spent the first 18 years of her life in Te Urewera, “very far from any urban environment”. But for the last five years she’s lived in Wellington. Tayi’s family has been in Wellington for four generations - she, her mum and her nana were all born in the city. But “I didn’t even know I was Māori until my Pākehā school wanted to have a go at kapa haka,” Tayi says. “And my mum was like, ‘oh you should do that, you're a Māori.”

For both, their work is a way of creating what they wished they had when they were younger. “Imagine if I had seen a story about a person who was insecure about their culture and their journey to reclaiming it,” says Kahu.

In the first episode of He Kākano Ahau, Kahu visits Tapu Te Ranga, an urban marae in Te Whanganui-a-Tara. It was built in the 1970s by “a ratty gang of newly-urbanised Māori” who found tikanga needed to change to fit an inner-city marae.

In this new essay that accompanies the episode, Kahu reflects on how Covid-19 is yet another example of how tikanga changes for survival. “We adapt because we must, to ensure that te ao Māori thrives for generations to come.”

Tayi was planning her first edition of Māori and the City to be about the struggle of flat-hunting in Wellington. But then Covid-19 arrived, and it no longer quite fit to be writing about e-scootering around the city with your e hoa’s. So instead she wrote about what it might mean to be indigenous in the city when the city you know has completely changed.

But her first column was so good we had to publish it anyway. “To be away from home, is to also be away from the forces that make us Māori; our whānau, whakapapa, and whenua. Without those forces, one can feel in a constant state of instability.”

For Tayi, it’s important to “decolonise by de-centering Pākehā as the mainstream audience”. “Māori read too, and Māori watch the news too, and Māori consume media too, Māori have iPhones too.”

“There is no whakamā around not knowing your culture or not feeling Māori enough,” says Kahu. “And that's actually something I've learnt in the city.” 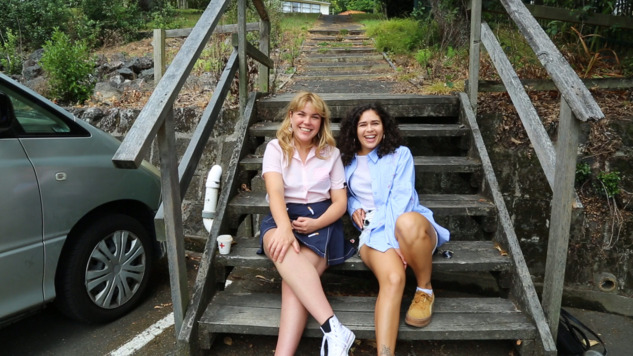