There are 20 new community cases of Covid-19 today, all in Auckland.

This brings the total number of cases in the current community outbreak to 922. Of these, 352 cases are now recovered.

There are 34 cases as yet unlinked to the outbreak.

Yesterday there were 10,958 tests processed.

There are just over 38,000 people in the contact tracing system. 92 percent of these have been tested.

No staff or patients have from Middlemore Hospital have returned positive tests after three people who were at the hospital tested positive recently.

There are 3 new cases in recent arrivals in managed isolation.

At the 1pm press conference, Director-General of Health, Dr Ashley Bloomfield gave details of the distribution of cases.

The three largest clusters remain the Māngere church event (379 cases), secondary transmission from that event (164 cases) and Birkdale social network (76 cases). There are 16 subclusters in total. Of these 16 subclusters, seven are considered to be contained. In a further six subclusters there are only close contacts in isolation becoming cases and these are also considered under control.

This means that in three out of 16 subclusters there is concern about possible spread beyond households. These are the focus of follow up, said Dr Bloomfield.

He said we can expect around 50 more cases from known close contacts across the outbreak who remain in isolation and are yet to return a day-12 test.

There are 18 people in hospital, with 4 of them in intensive care, this includes someone who tested positive yesterday.

Dr Ashley Bloomfield emphasised the importance of seeking care immediately for anyone who needs it, either by calling Healthline on 0800 611 116 or 111. Our hospitals are safe, he said.

Three supermarkets have been added to the locations of interest list today. They are Pak’n Save Clendon Park, Pak’n Save Manukau and Pak’n Save Botany. See the full list of locations here at the Ministry of Health site for relevant times and dates.

With the current level 4 restrictions, travel exemptions outside of the Auckland area are granted in only exceptional circumstances. Dr Bloomfield acknowledged people who were prevented from travel, particularly those who can’t attend tangihanga or funerals or visit terminally ill whānau.

Prime Minister Jacinda Ardern announced there is a new deal with Denmark for 500,000 Pfizer vaccine doses. The first delivery of these will be arriving in Auckland next week.

“There is a vaccine there for everyone who wants one and it’s available now so please get booked, get vaccinated and be safe. It could literally save your life,” said Ardern.

Yesterday, 61,000 vaccinations were given. Ardern said half a million Aucklanders are now fully vaccinated.

“We know the vaccine breaks chains of transmission. It can make it less likely that you’ll become infected and you’ll infect someone else.”

83% of trans or non-binary people have the incorrect gender on their birth certificate. A proposed law is looking to change that. 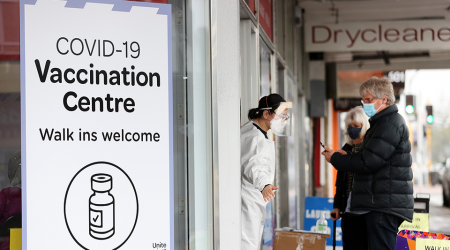 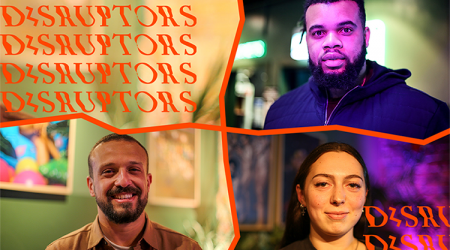