The seven-day rolling average of community case numbers today is 7,095. Last Thursday, it was 7,981.

16 people with Covid-19 have died, bringing the publicly reported total to date to 1,102.

Of these people, nine were female and seven were male.

The seven-day rolling average of reported deaths is 12.

There are 355 people in hospital, with 12 of those people in intensive care or high dependency units. 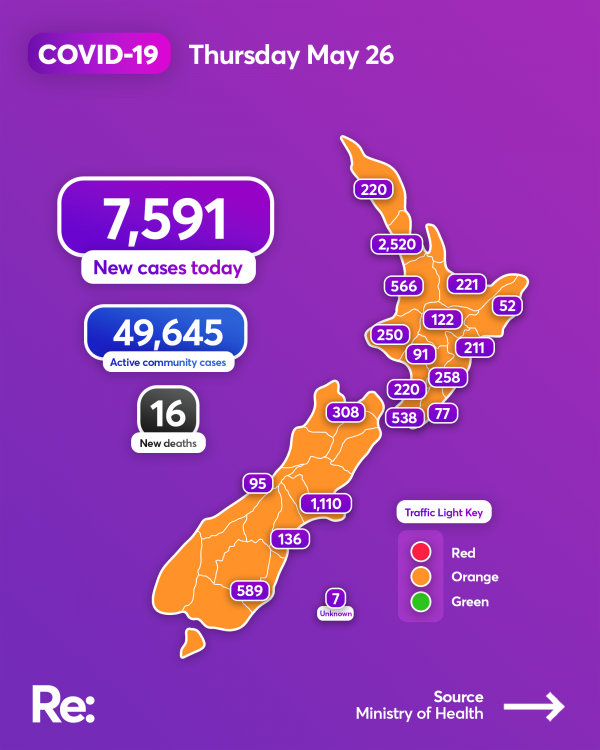 There are calls for mandatory consent education in NZ.

Inside the club night that's elevating fashion in Auckland

This Africa Day, we revisit our night at the best party in town.